A few weeks back, we shared on this blog the story of our recent acquisition of a rare Tolkien book. A few days later, curator Molly Schwartzburg received an e-mail from English Department graduate student Caitlin Hamilton, who had just begun teaching her own semester-long undergraduate course, Exploring Middle-Earth: Tolkien and the Anglo-Saxon Tradition. Caitlin was hoping we could show the recently acquired volume to her class.

Well, we could do more than that, right? Molly and Caitlin decided to put together a broader presentation introducing students to items in Special Collections that would help them to understand the kind of cultural artifacts Tolkien studied as a scholar, and which he often imitates or alludes to in his Middle-Earth novels.From objects printed with text–such as cuneiform tablets and runestones–to medieval manuscripts and early maps, the session was jam-packed with items that would spark the intellectual imagination of any Tolkien scholar (and perhaps a few budding medievalists). 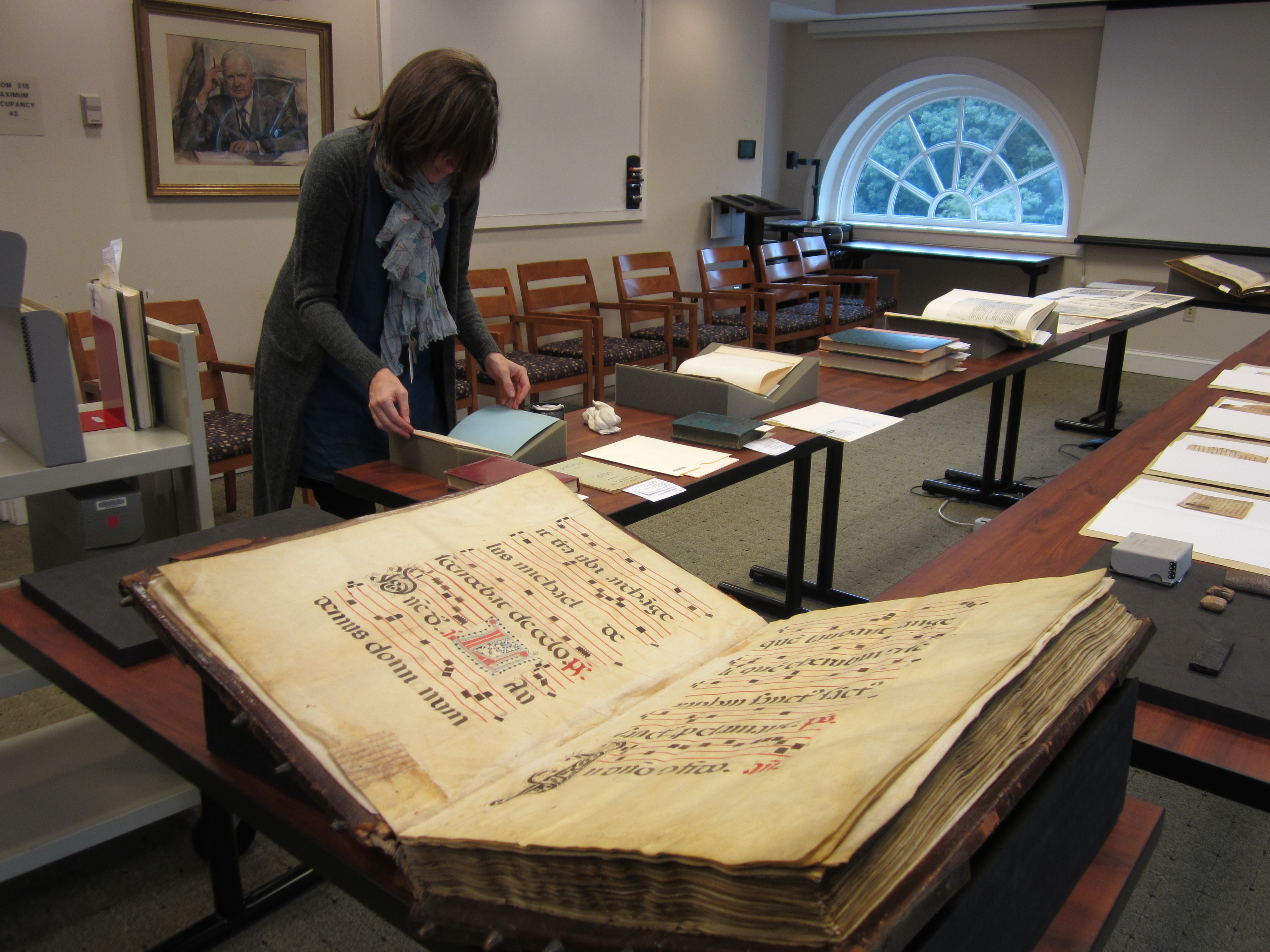 Curator Molly Schwartzburg puts the finishing touches on the display before the students arrive. Don’t miss the tiny cuneiform tablets and facsimile runestone at the front right of the picture, just behind the massive choirbook. These were of great use in discussing the tenth-century Exeter Book Riddles and the inscribed ring in Tolkien’s trilogy. 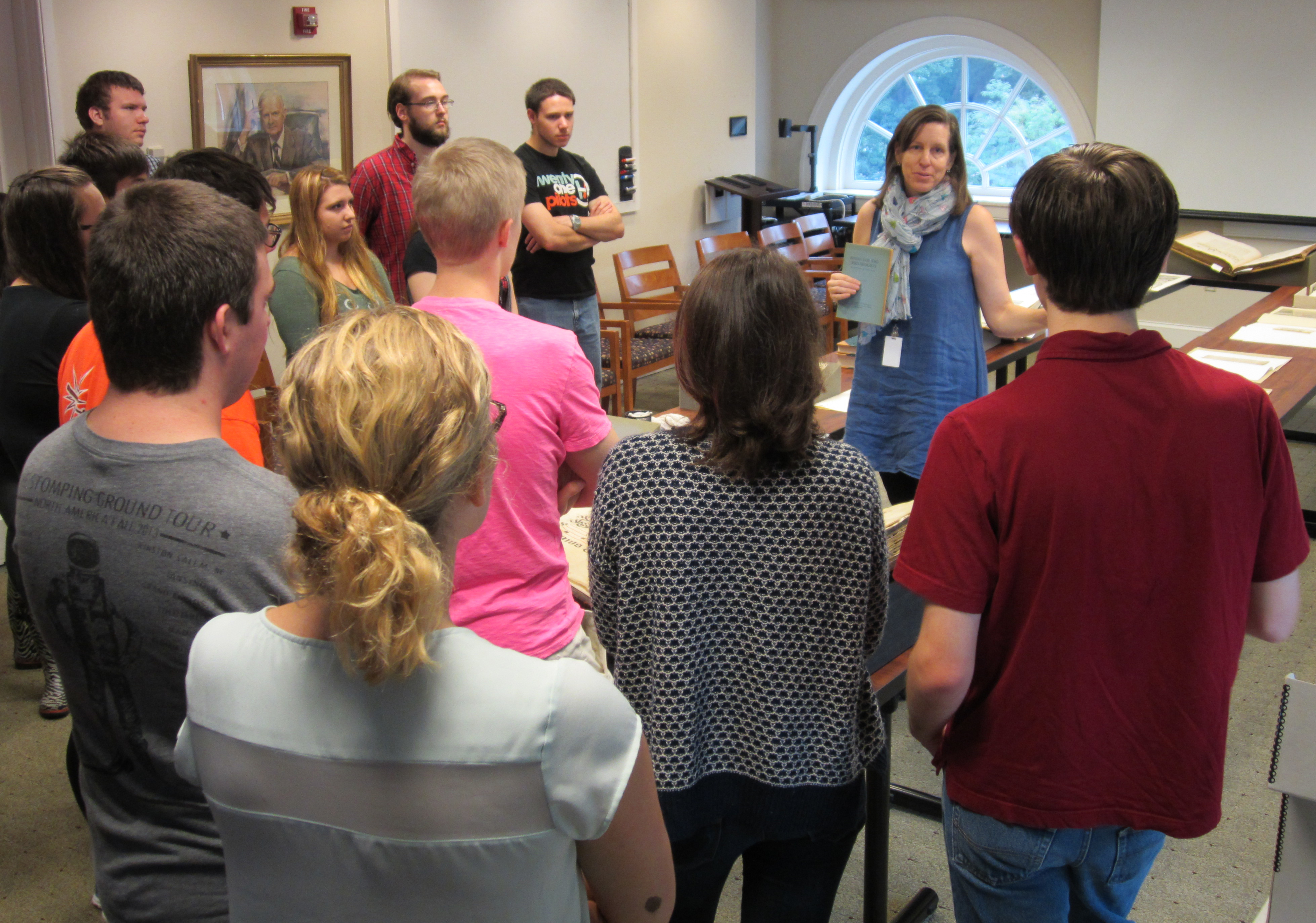 Curator Molly Schwartzburg starts off the class with the story of acquiring Songs for the Philologists. (Photograph by Petrina Jackson) 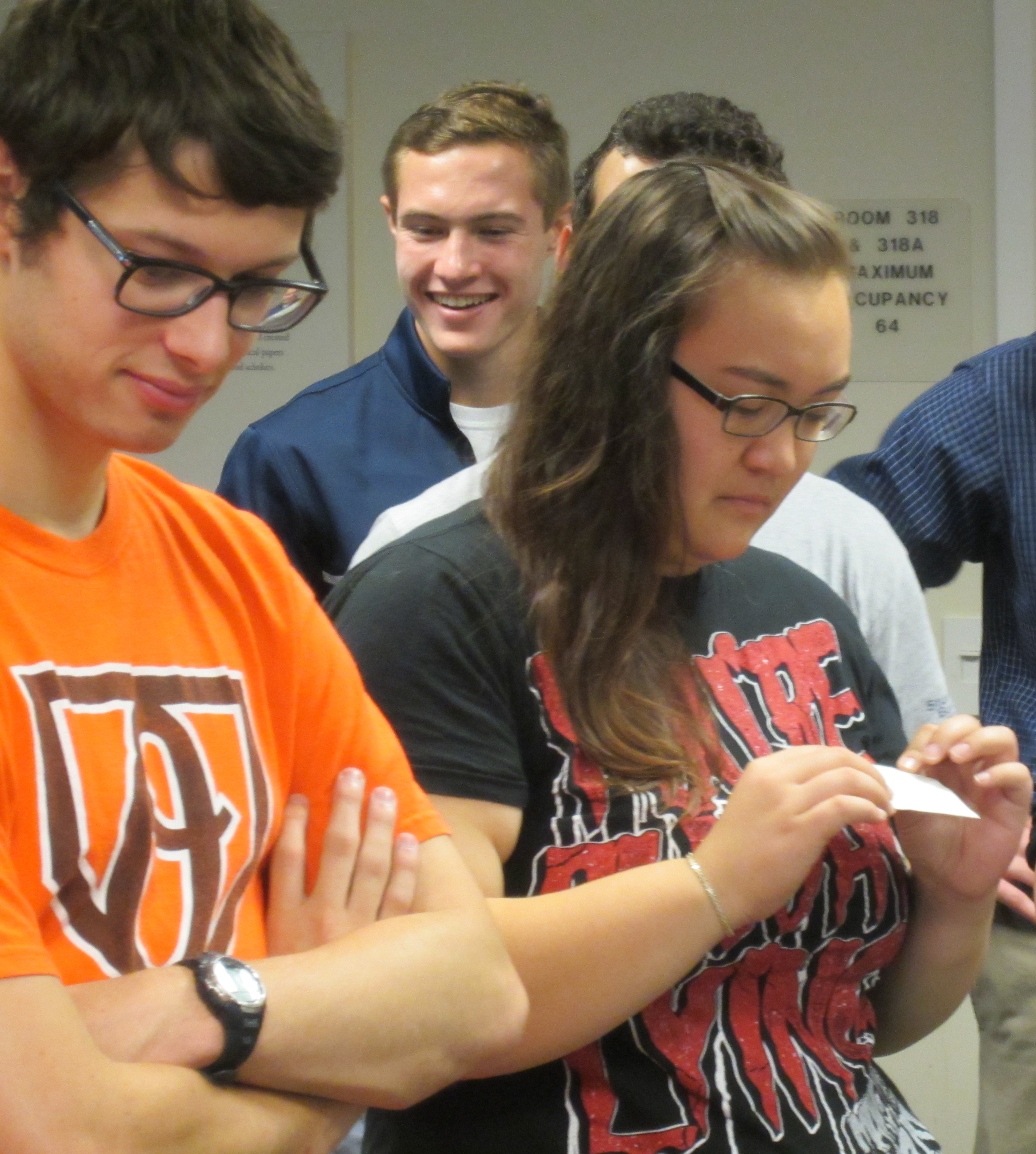 Much of the session was about medieval books, so we passed around sample pieces of parchment for students to handle. (Photograph by Petrina Jackson) 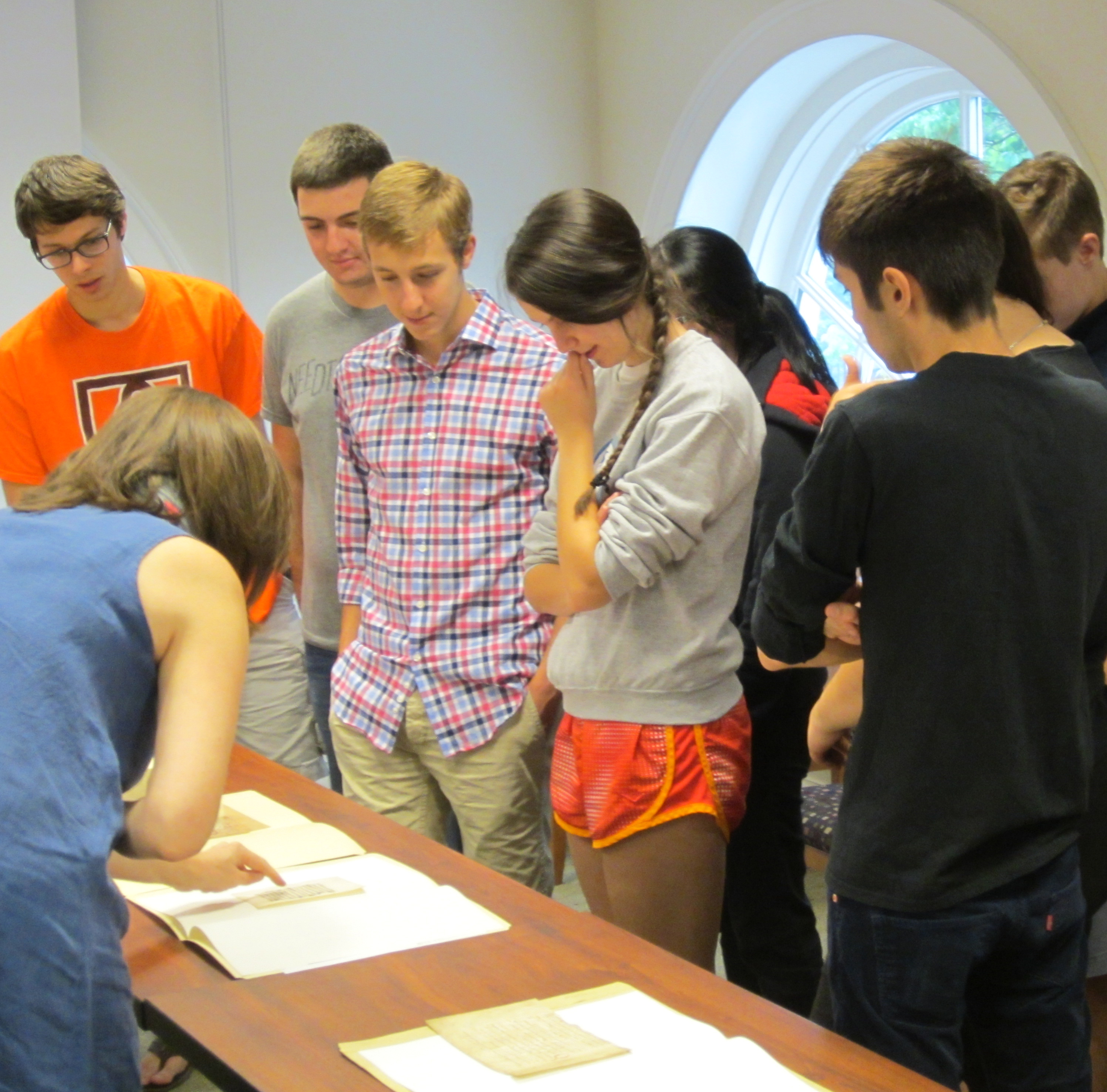 Molly points out tiny illuminated dragons decorating a fragmentary manuscript. The students had just finished reading the greatest monster story of all, “Beowulf,” and Tolkien’s 1936 lecture, “Beowulf: The Monsters and the Critics.” In relation to this (and of course, to Tolkien’s own creature creation Smaug) Caitlin hoped to show them some medieval iconography of dragons or other magical creatures. Happy to oblige! (Photograph by Petrina Jackson) 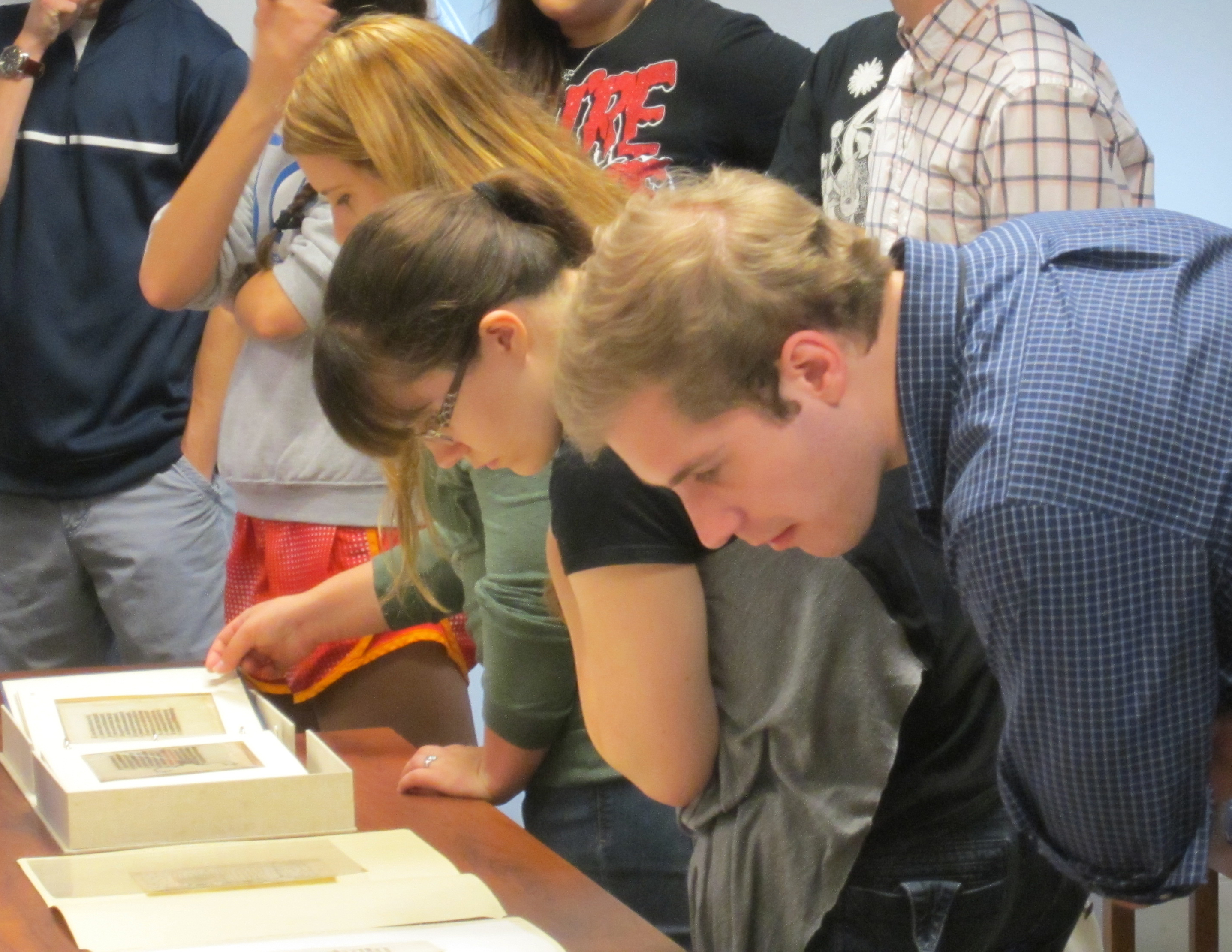 Students take a close look at two illuminated  medieval manuscripts featuring the legend of St. Margaret, who was swallowed by a dragon. (Photograph by Petrina Jackson) 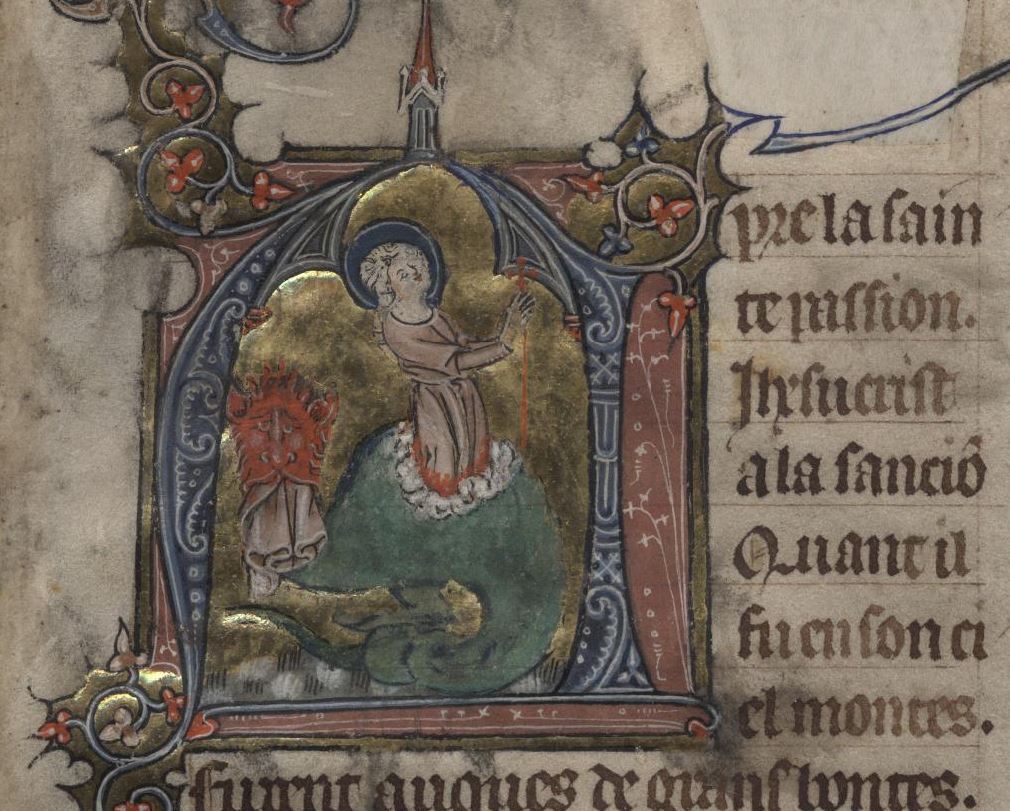 One of the items students viewed was this page from the verse life of St. Margaret from a Picardy Book of Hours, ca 1325 (MSS 12455). Image by UVA Library Digital Services. 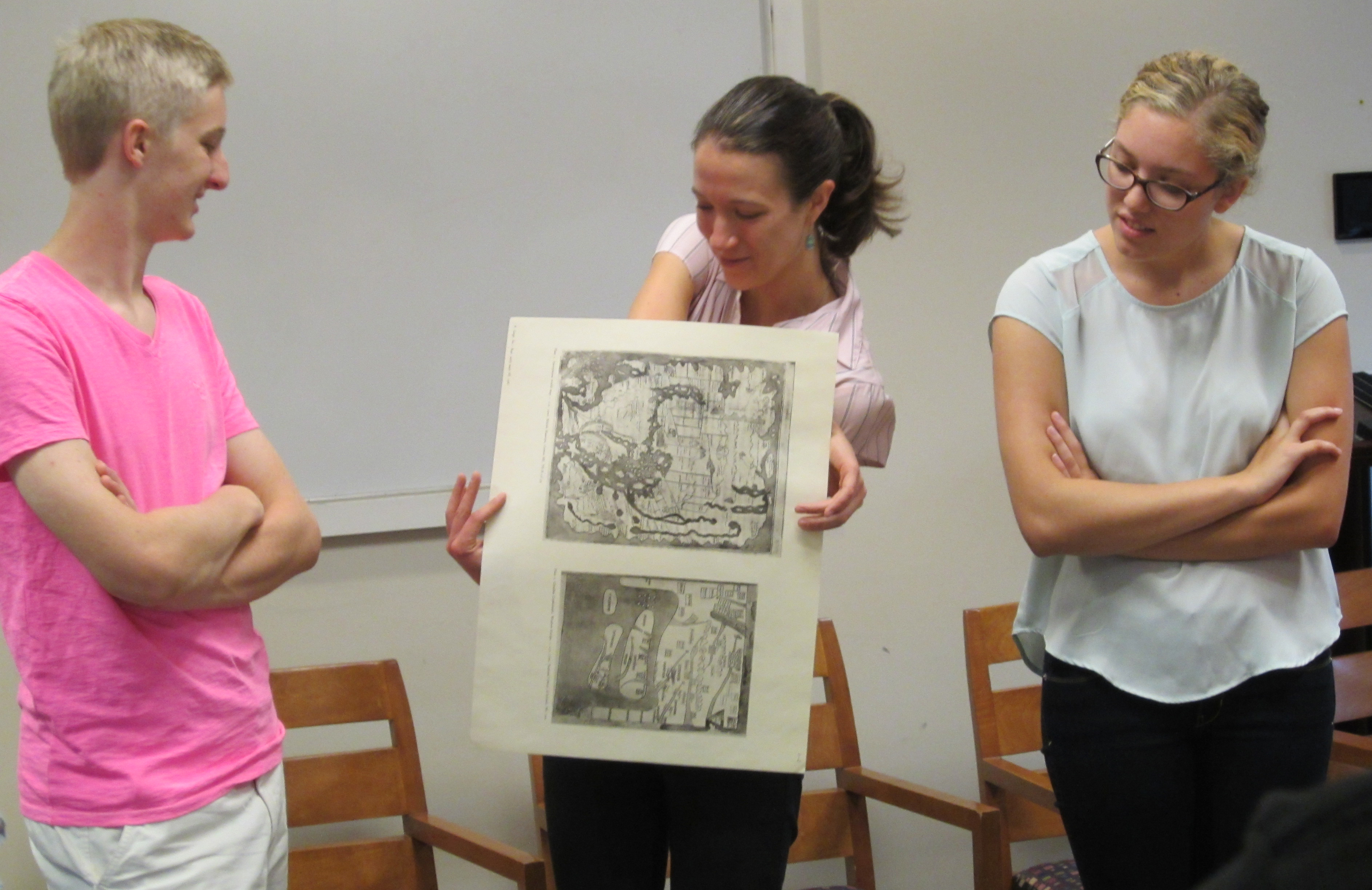 Caitlin (center) uses a facsimile of an early map of the world to show students how changing norms of map orientations can be confusing. Turn this map sideways, and suddenly Britain is recognizable. Students viewed a number of map facsimiles and originals in the class visit in preparation for an upcoming assignment on Tolkien and cartography.   (Photograph by Petrina Jackson)

In conclusion: what more could we ask for from a gift such as the Tolkien book that inspired this visit? It is wonderful how one item in our collection can open new pedagogical opportunities. Now, if only someone would donate us some beautiful first editions of The Hobbit and the Lord of the Rings Trilogy.