As early as November 21st, a spontaneous display of notes, supporting rape survivors and expressing grief and anger, began appearing at the entrance of Peabody Hall, home of the Office of the Dean of Students and Undergraduate Admissions. The display was the result of the controversial Rolling Stone article, “A Rape on Campus: A Brutal Assault and Struggle for Justice at UVA” by Sabrina Rubin Erdely. 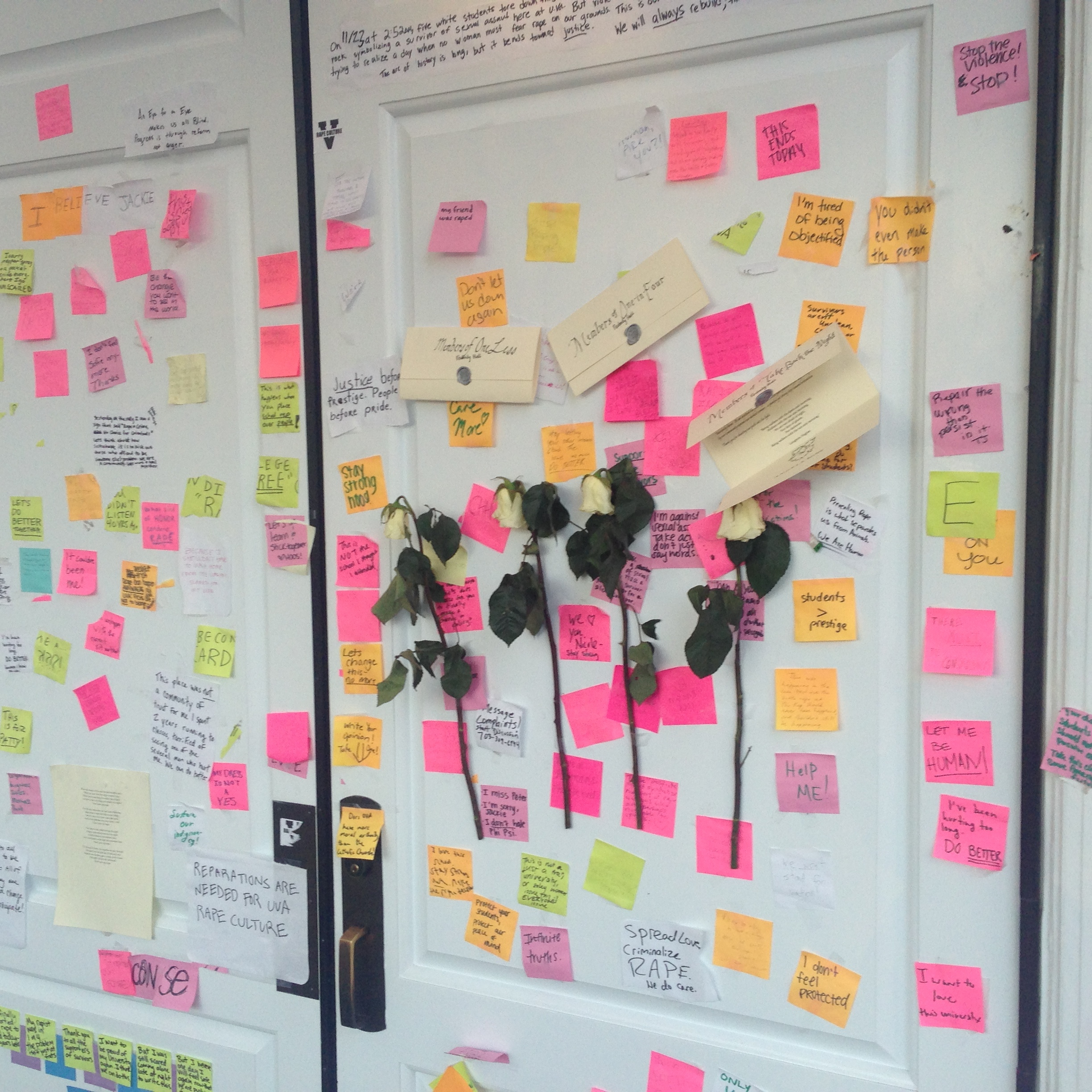 Display of notes on the doors of Peabody Hall, 10 December 2014. (Photograph by Edward Gaynor)

Staff at special collections and archives across the country, including the Albert and Shirley Small Special Collections Library, have become increasingly active in collecting material, ephemeral and otherwise, born out of crises that have rocked their communities. These records–be they notes, flowers, posters, photographs, poems, press releases, online articles, etc.–help to document and provide insight into the actions, reactions, and  emotions of the people, institutions, and their associated communities as they are impacted by each wave of the event. We know from experience that our own students and faculty are deeply interested in researching events from the university’s past, distant and recent alike, and we want to ensure that we can provide future generations with a rich record of our present.

During U.Va. finals week, the Dean of Admissions contacted Library Administration, who in turn contacted Special Collections staff, to start the process of removing the notes for permanent preservation. On Wednesday of finals week, Librarian for Virginiana and University Archives Edward Gaynor and Rare Books Cataloger Gayle Cooper removed the notes and other ephemera from the doors and brought them to Special Collections.

To get the materials researcher-ready, staff had to answer questions, like “How do you preserve it?” and “How do you capture something so ephemeral?” The first step was to temporarily house them by sticking them to archival folders. 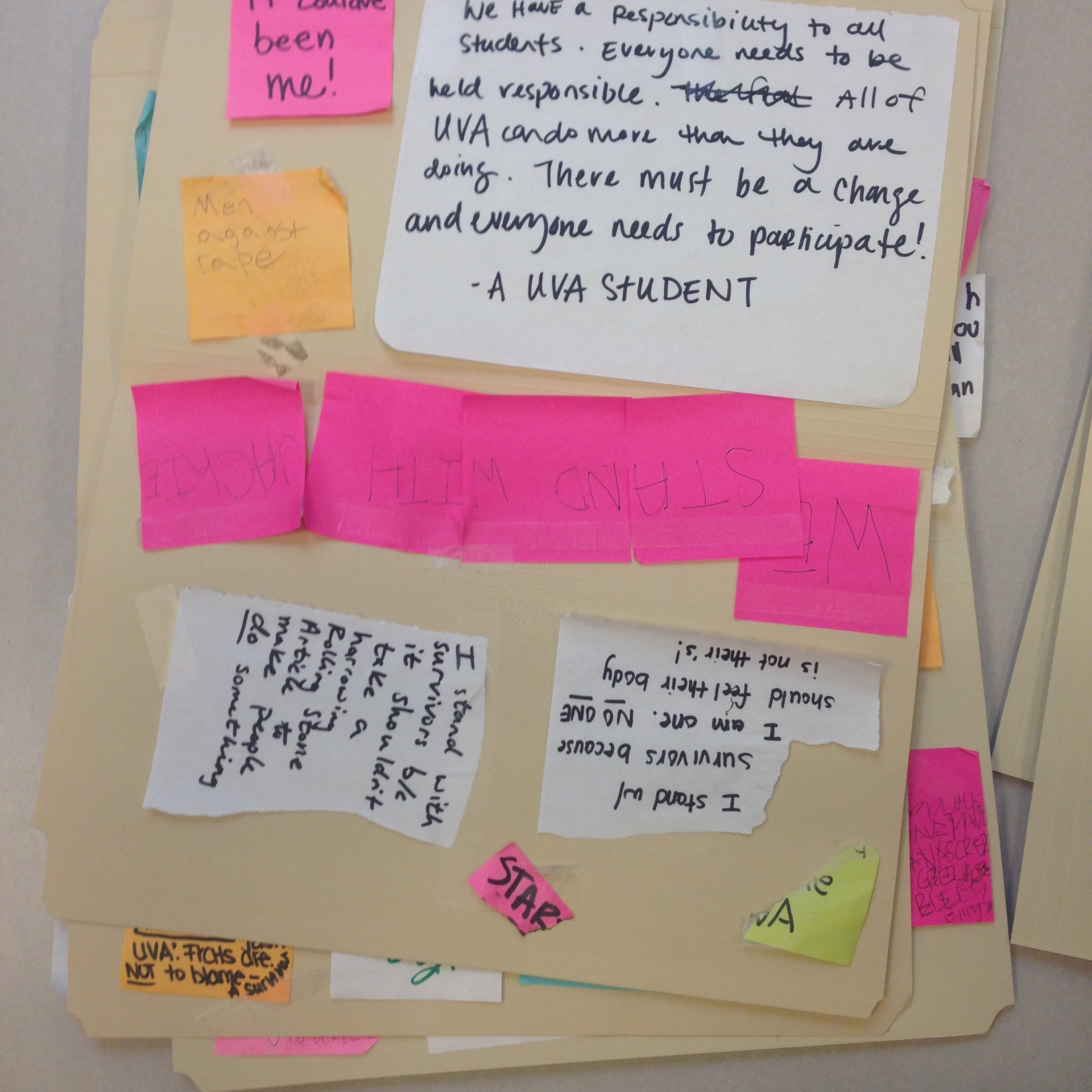 The second step was to consult Library Conservator Eliza Gilligan for guidance in permanently housing and treating the items. She suggested transferring the notes to pieces of archival mat board cut to the size of our standard document box, and then shelving them in the University Archives. She recommended methyl cellulose as the adhesive and determined that placing each piece of mat board in a labelled folder would best support later scanning, display, and researcher use. What about the flowers? They will be freeze-dried in the Preservation Department’s freezer.

Now that the preservation and housing methods have been decided upon, our manuscripts and archival processing staff will begin arranging and describing the notes so that they will be fully processed and accessible to the public spring semester 2015.

Do you have fliers, posters, signs, or other materials related to the current events surrounding sexual violence at U.Va.? If so, please consider donating them to Special Collections. Just drop them by the reference desk, or contact Edward Gaynor at efg2f@virginia.edu.