On Tuesday, January 22, visitors to the first floor of Harrison/Small will see a new set of materials on exhibition in the main gallery. We’re cutting mat board, writing labels, and measuring frames for “Drawn From Life: Collecting Cartoons and Caricatures.”  This 40-item exhibition reveals little-known gems–and some quirky treats–from across our collections, alongside a number of items loaned by Charlottesville resident John Francis.

John’s grandfather, Edward William Francis, became acquainted with a number of Britain’s leading commercial artists in the 1910s and 1920s;  he successfully requested cartoons, caricatures, and other small pieces of original art from major figures such as Heath Robinson and Harry Rountree, as well as lesser known artists who are unknown today. John inherited the resulting collection, which features many of the genres, styles, and themes that dominated the era known as the “Golden Age” of cartooning. We’ve selected complementary items from our holdings, including other works by the same artists, periodicals and books in which similar work is to be found, and other original art from the same era.

Come to the exhibition to learn more about how Edward William Francis gathered together his specimens and how Special Collections has built its own holdings in this varied field over the course of many decades. Until then, here are some samples to tempt you: 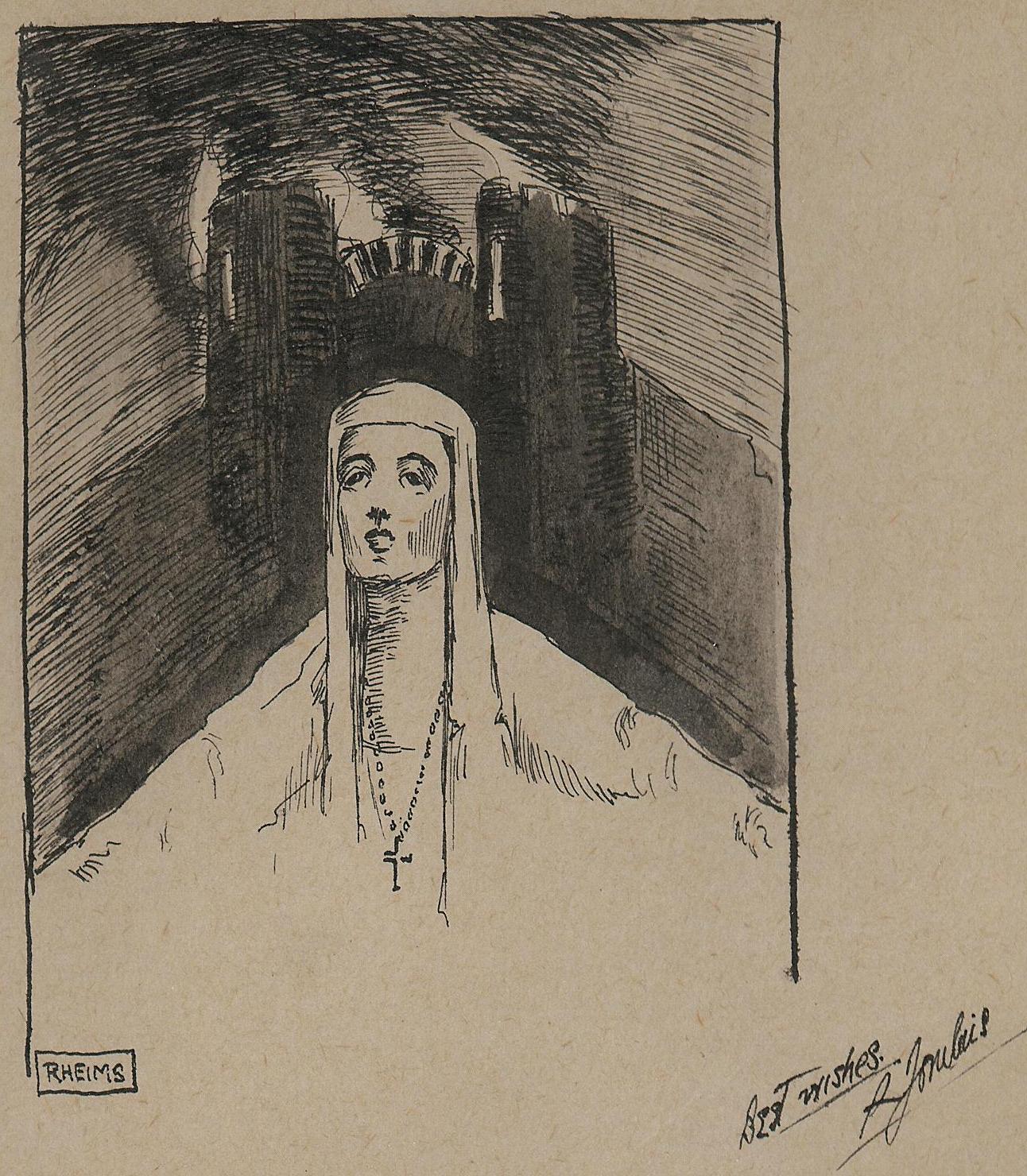 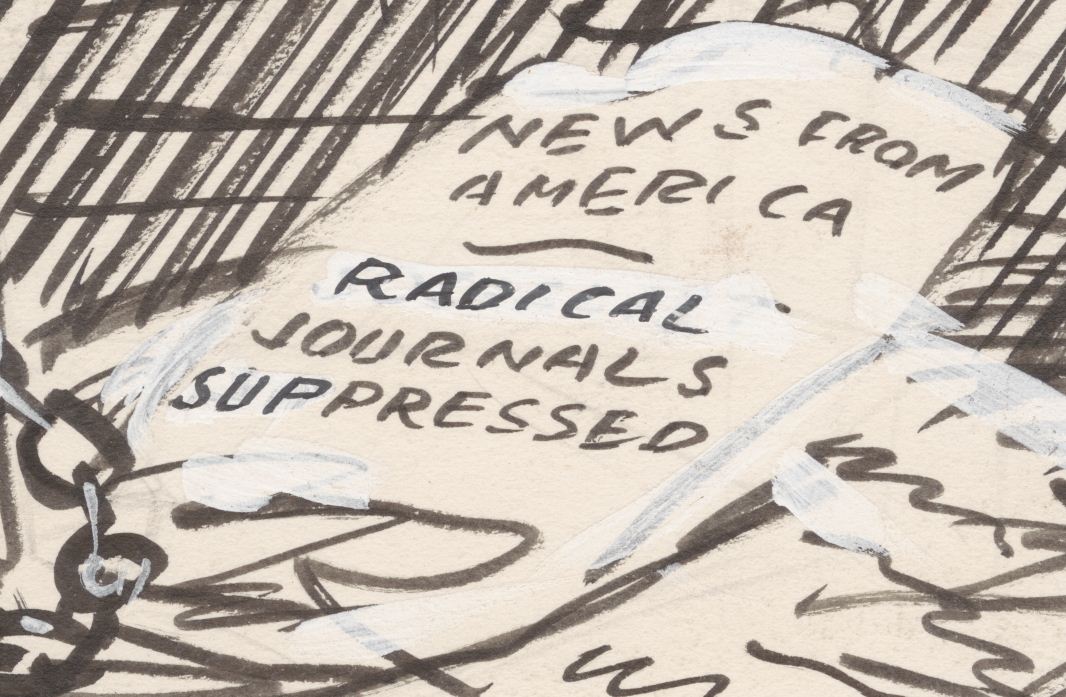 A detail from Oscar Cesare’s “Making the World Safe For Autocracy,” ca. 1917-1918. (MSS 4101. Image by Special Collections staff.) White ink shows final edits to this section of the much larger cartoon, revealing that the word “socialist” has been replaced by the world “radical.” 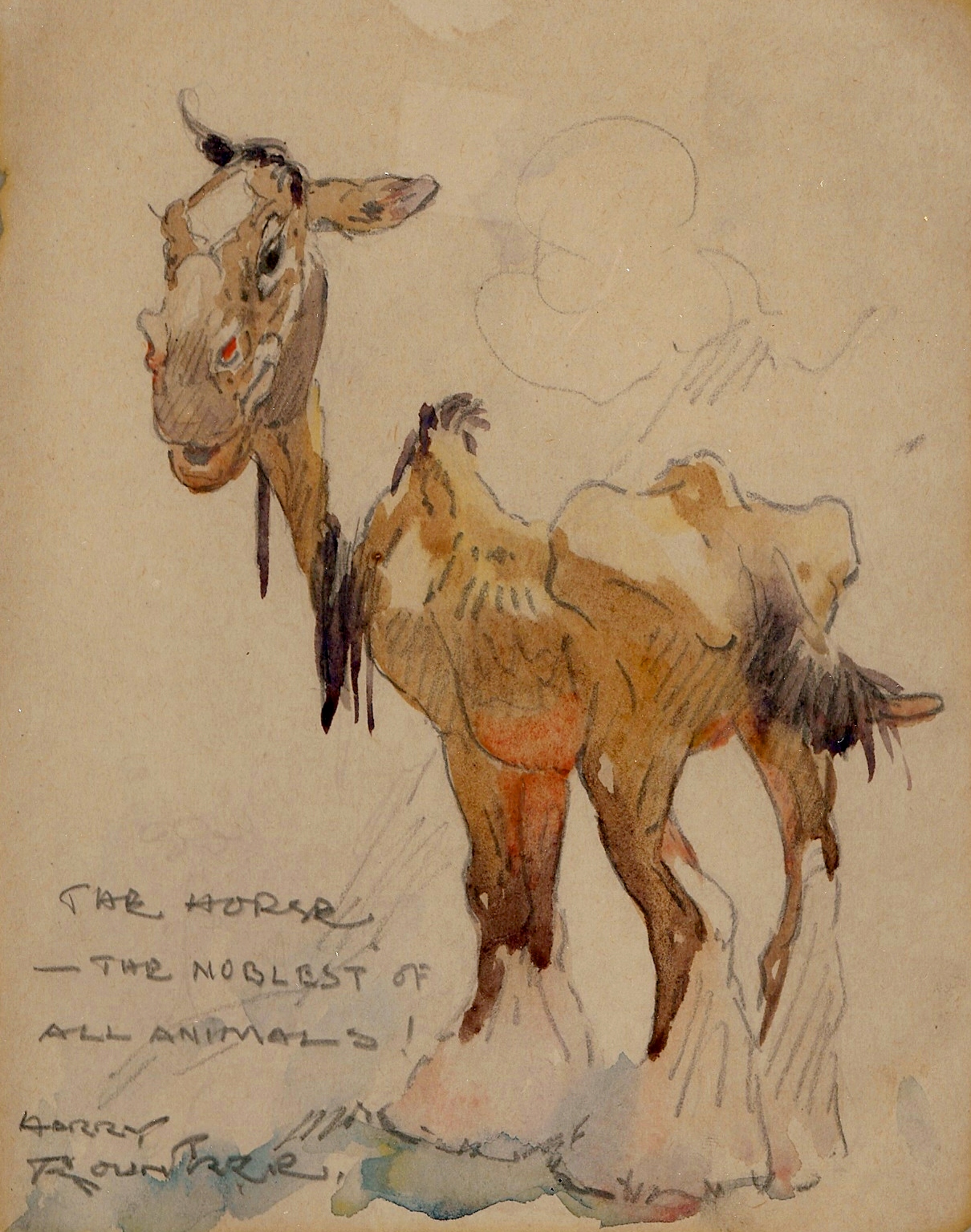 Harry Rountree, “The Horse–the noblest of all animals!,” undated. (Collection of John Francis.) 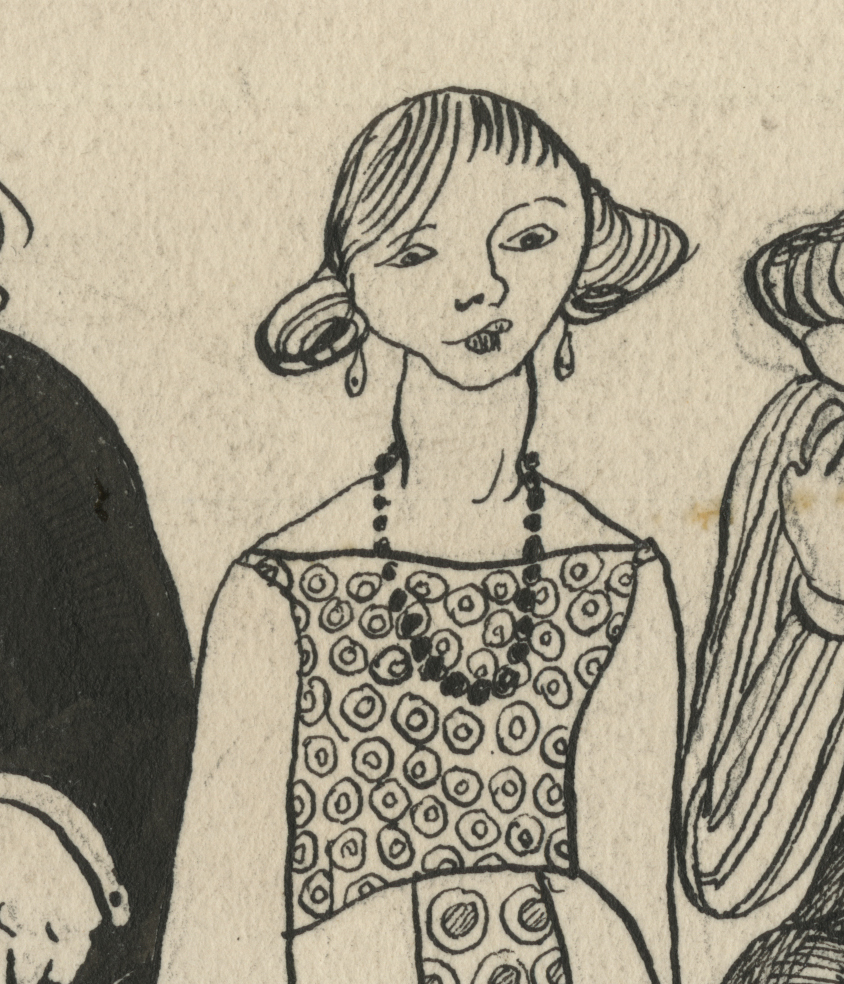 Detail from Peggy Bacon, “The Country Girl Who Decides to Be an Artist,” undated. (MSS 6442. Image by Special Collections staff.)