Since 1948 the Bibliographical Society of the University of Virginia has been pleased to sponsor a book collecting contest open to all U.Va. students. Originally held annually, and now biennially, the contest offers all students a chance to showcase their personal book collections, and to win substantial cash prizes as well. Entries are now being accepted for the 52nd U.Va. Student Book Collecting Contest. The deadline for submissions is February 12, 2018. Winners will be announced at the BSUVA’s annual meeting on Friday, March 23, 2018 n the Auditorium of the Albert and Shirley Small Special Collections Library.

The first place winner receives a $1,000 cash prize and a $1,395 scholarship covering the full tuition for a Rare Book School course; the winner is also eligible to enter this year’s National Collegiate Book Collecting Contest. Prizes of $600 and $300 are awarded for second and third place respectively. In addition, eight local booksellers have generously contributed gift certificates to be distributed among the contest winners. 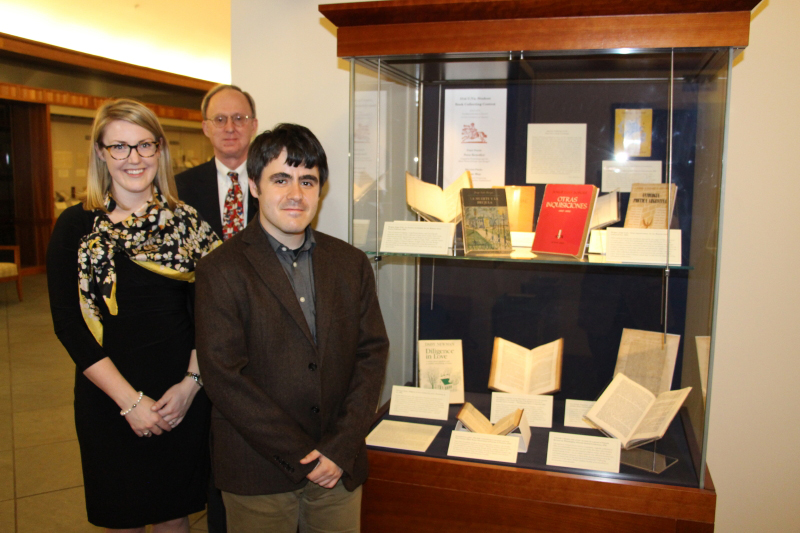 Winners of the 51st U.Va. Student Book Collecting Contest: Nora Benedict (at left) and Isaac May (at front), with one of the contest judges David Whitesell. (Photo courtesy of David Vander Meulen)

The previous U.Va. Student Book Collecting Contest — the 51st — was held in 2016. First prize was awarded to Nora Benedict, doctoral candidate in the Department of Spanish, Italian, and Portuguese, for her entry, “Argentine Publishing and the Many Faces of Jorge Luis Borges.” 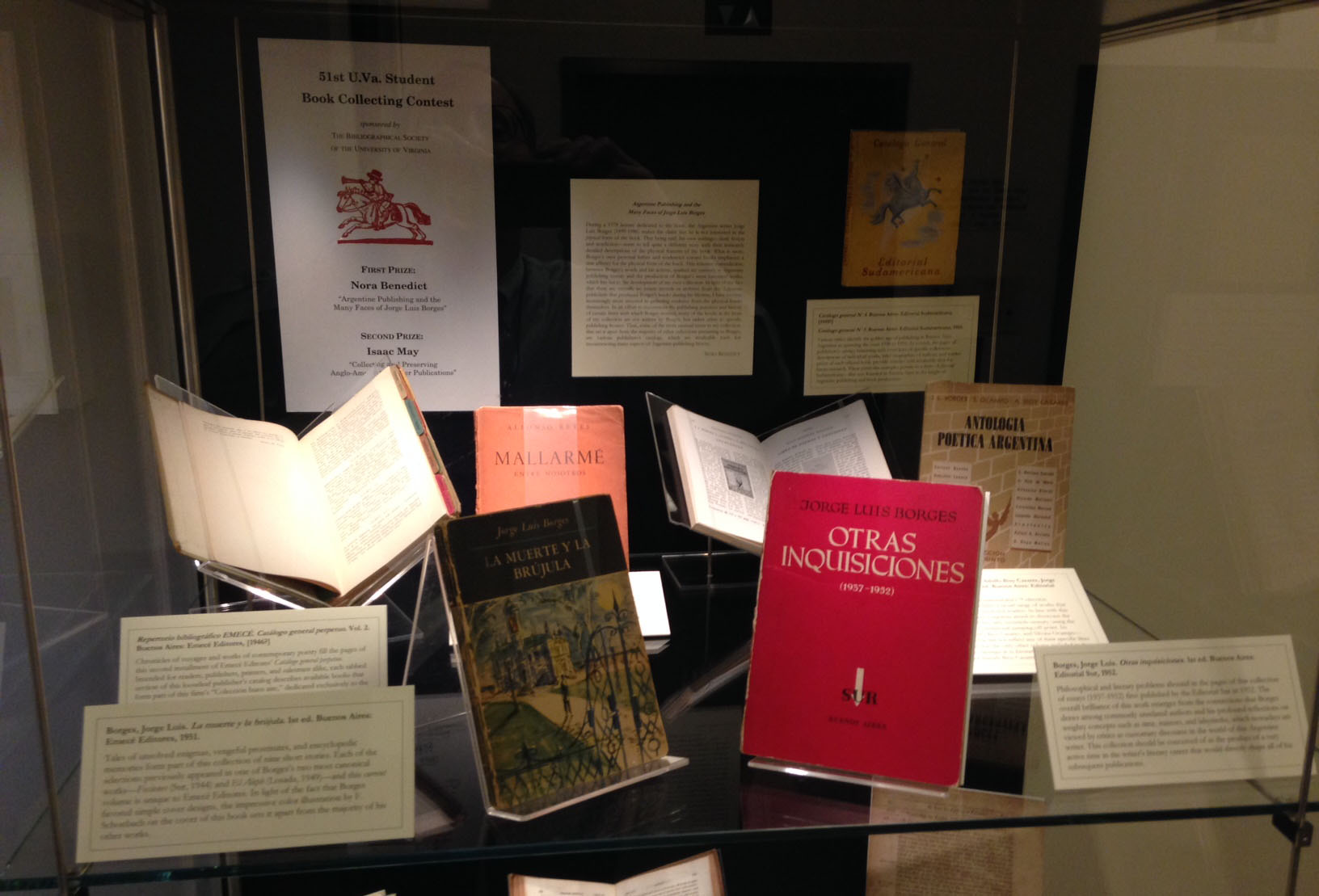 Selections from Nora Benedict’s winning entry, “Argentine Publishing and the Many Faces of Jorge Luis Borges.”

Isaac May, a doctoral student in the Department of Religious Studies, was awarded second prize for his entry, “Collecting and Preserving Anglo-American Quaker Publications.”