This is the third in a series of four posts, spotlighting the mini-exhibitions of students from USEM 1570: Researching History. 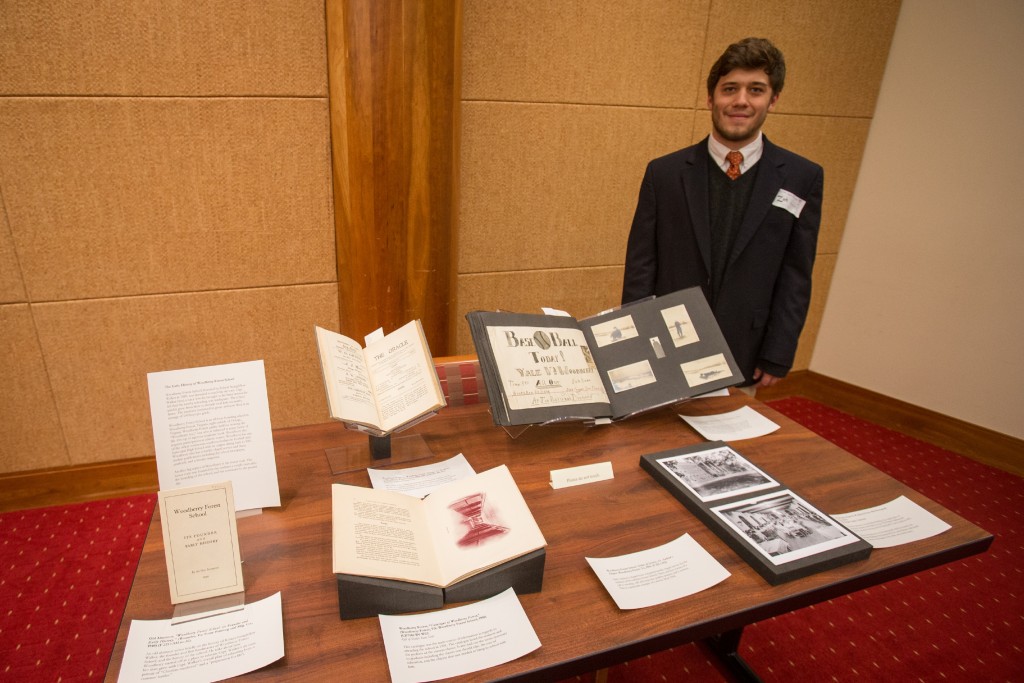 Woodberry Forest School, founded by Robert Stringfellow Walker in 1889, was intended to teach his six sons. Walker began the school by hiring a tutor because he felt that the nearby schooling was inadequate. The school quickly grew to include local kids on nearby farms. The numbers continued to increase, and now there is an average of 100 boys per grade.

Woodberry Forest School is an all-boys boarding school in Woodberry Forest, Virginia, right outside of Orange, Virginia. The school prides itself on creating the “Woodberry boy,” one who is balanced in many facets of life. In addition to rigorous academic work, Woodberry also requires participation in athletic events. In fact, its rivalry with Episcopal High School dates to 1901, making it one of the oldest continuous southern rivalries in football.

Woodberry has an honor code that was created by the students a couple years after the founding of the school. The honor is an important part of the school’s culture even today. 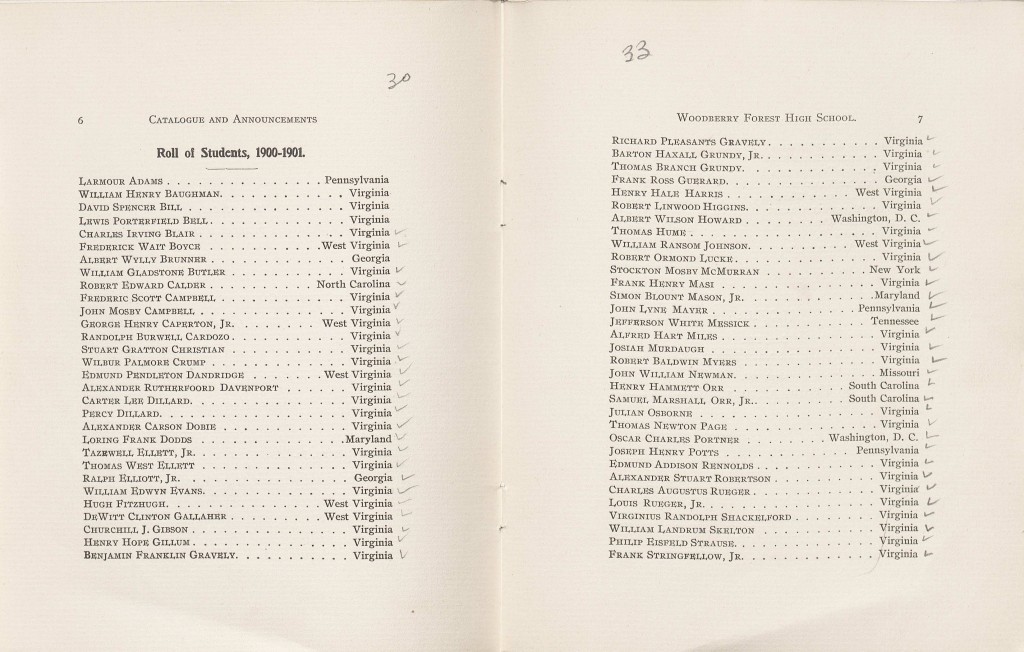 Woodberry Forest. “Catalogue of Woodberry Forest.” Woodberry Forest, VA: Woodberry Forest School, 1901. This catalogue was the main source of information in regards to attending the school in 1901. The catalogue listed the students and the prefects of the current classes. It also laid out the terms necessary to graduate including the classes one should take, the cost of education, and the objects that one needed to bring to school with him. (LD7501 .W6 W62. Gift of Shelah Kane Scott) 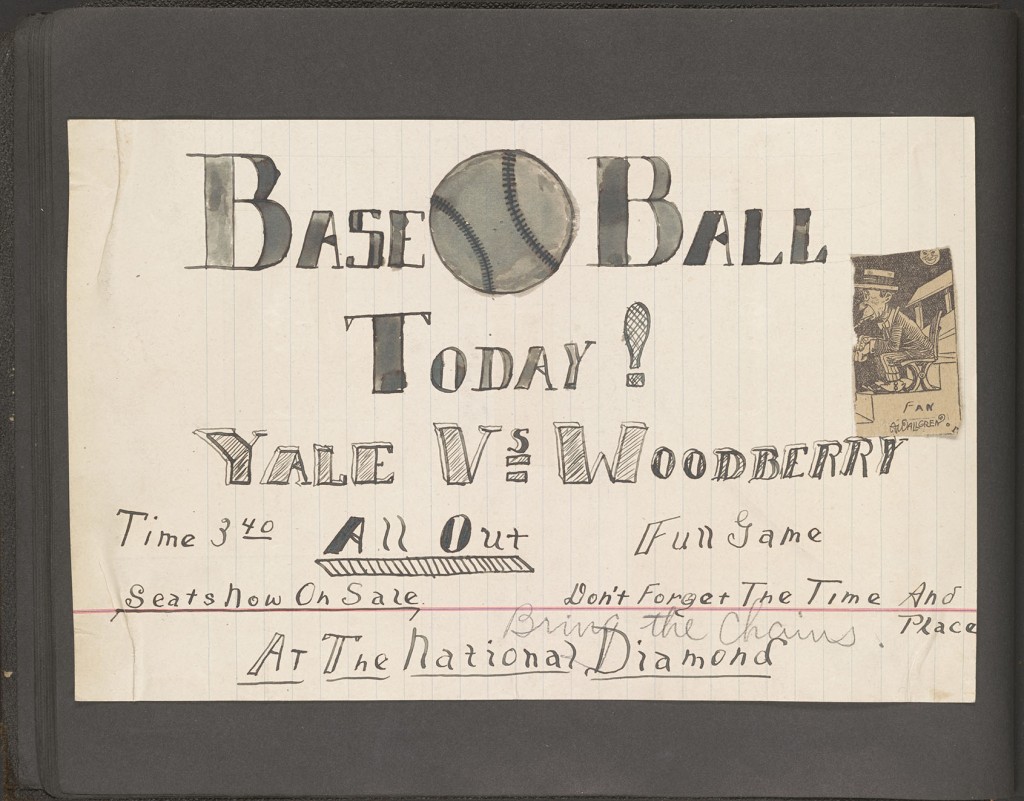 Waring P. Austin. Woodberry Forest School Scrapbook, 1910-1913. This scrapbook, complied by Pickney Austin Waring, focuses mainly on sports teams at Woodberry Forest School. It has a collection of photos of different athletic teams and also lists scores, lineups, and posters for games. A notable object in this scrapbook is a hand drawn poster of a Woodberry vs. Yale baseball game. (MSS 15119. Coles Special Collections Fund) 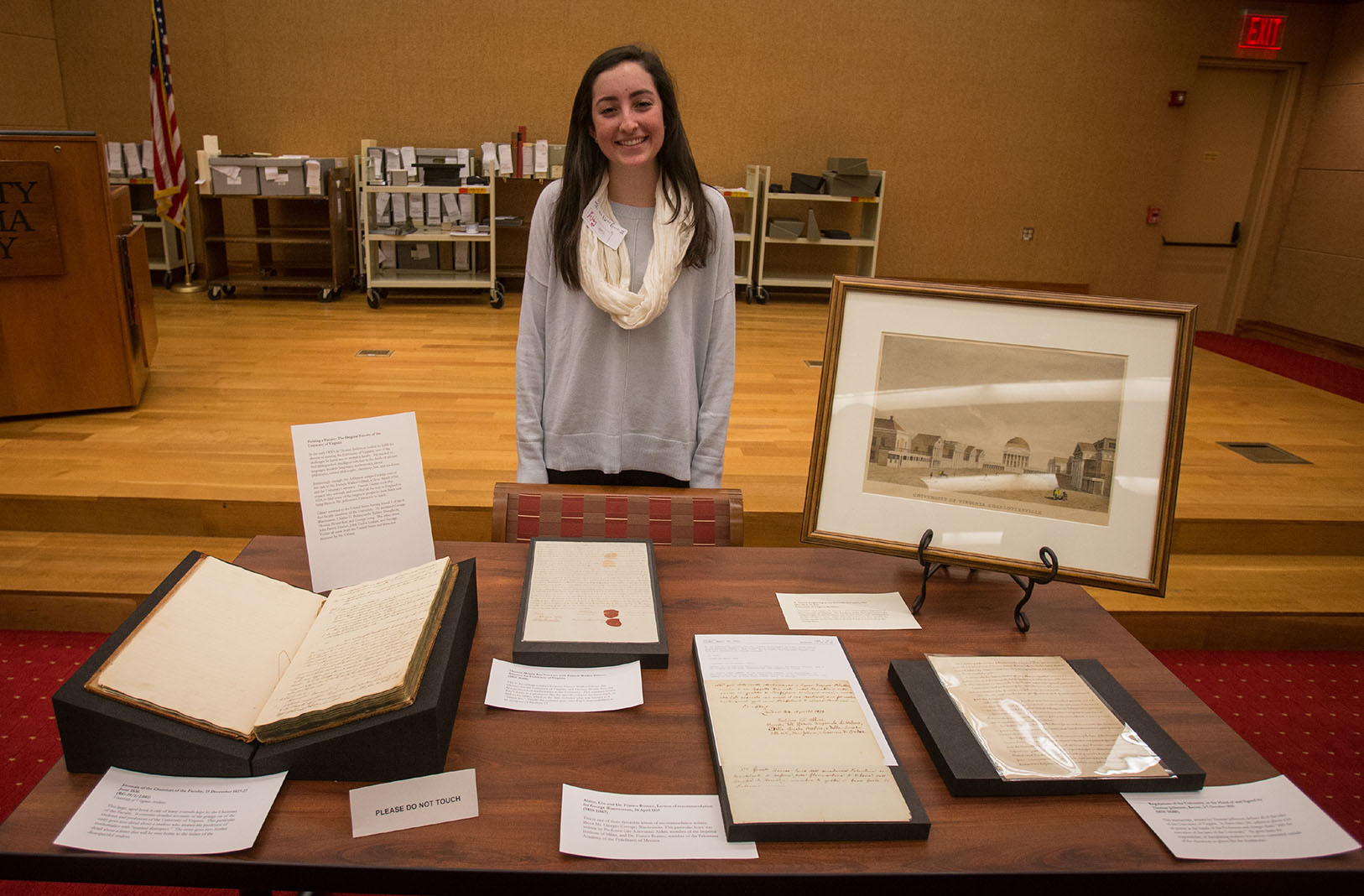 Fielding a Faculty: The Original Faculty of the University of Virginia

In the early 1800’s as Thomas Jefferson looked to fulfill his dreams of creating the University of Virginia, one of the challenges he faced was to recruit a faculty.  He needed to find distinguished, intelligent scholars in the fields of ancient languages, modern languages, mathematics, moral philosophy, natural philosophy, chemistry, law, and medicine.

Interestingly enough, Mr. Jefferson assigned a large part of this task to Mr. Francis Walker Gilmer, a close friend of his and the University’s attorney.  Francis Gilmer took this request very seriously and travelled all the way to England in 1824, to find some of the brightest people in their fields and bring them to Mr. Jefferson’s University to teach.

Gilmer returned to the United States having found 5 of the 8 first faculty members of the University.  He recruited George Blaetterman, Charles G. Bonnycastle, Robley Dunglison, Thomas Hewitt Key and George Long.  The other three, John Patton Emmet, John Tayloe Lomax, and George Tucker all came from the United States and were not recruited by Mr. Gilmer. 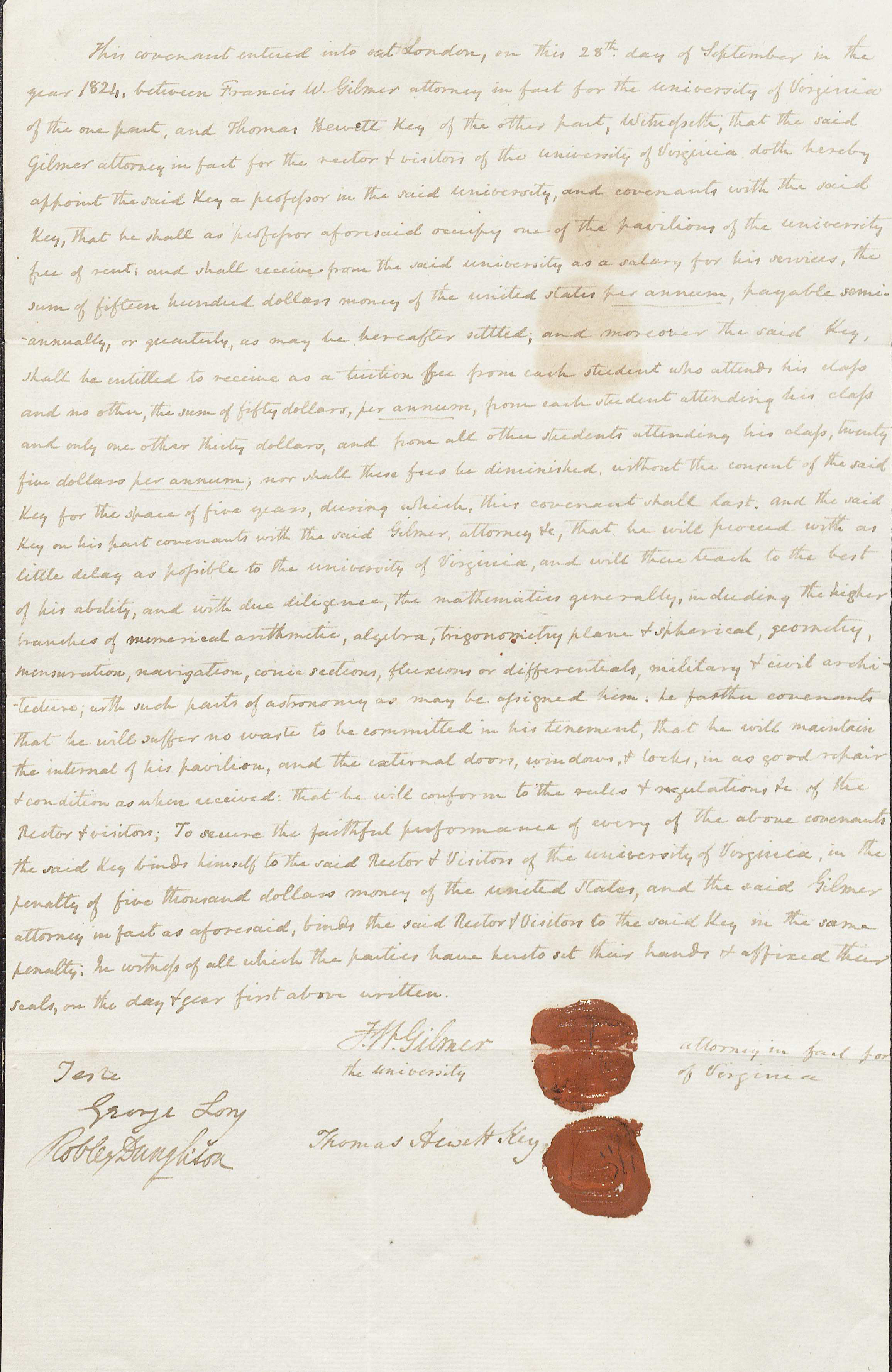 Thomas Hewitt Key Contract with Francis Walker Gilmer, Attorney for University of Virginia.
This is the official contract between Francis Walker Gilmer, the attorney for the University of Virginia, and Thomas Hewitt Key, the first professor of mathematics at the University. This contract covers Key’s duties as a professor, the specific subjects he must teach as well as his salary, which included what was known as a “tuition fee.” Finally the contract goes over Key’s responsibilities as an occupant of Pavilion VI. (MSS 10300) 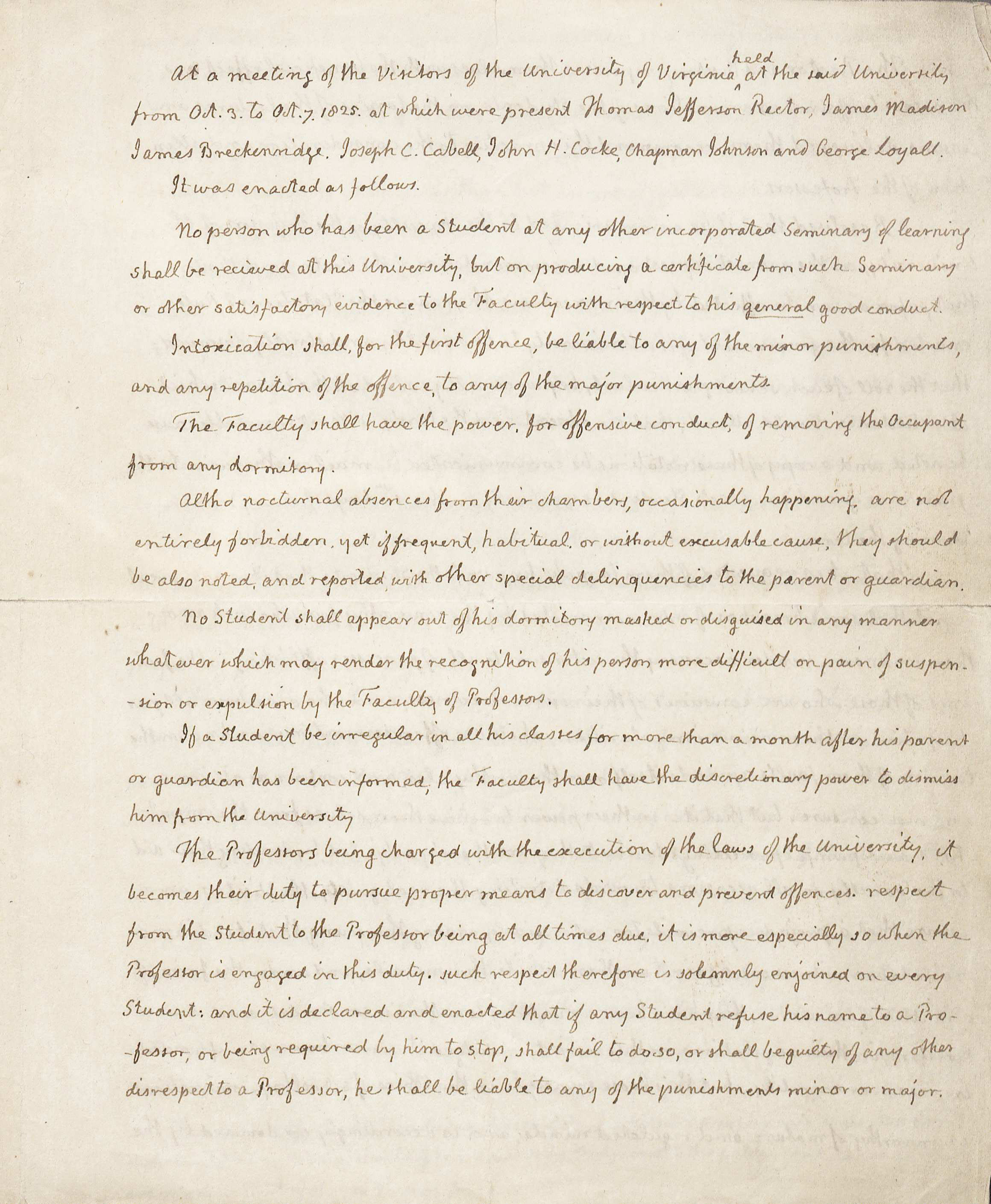 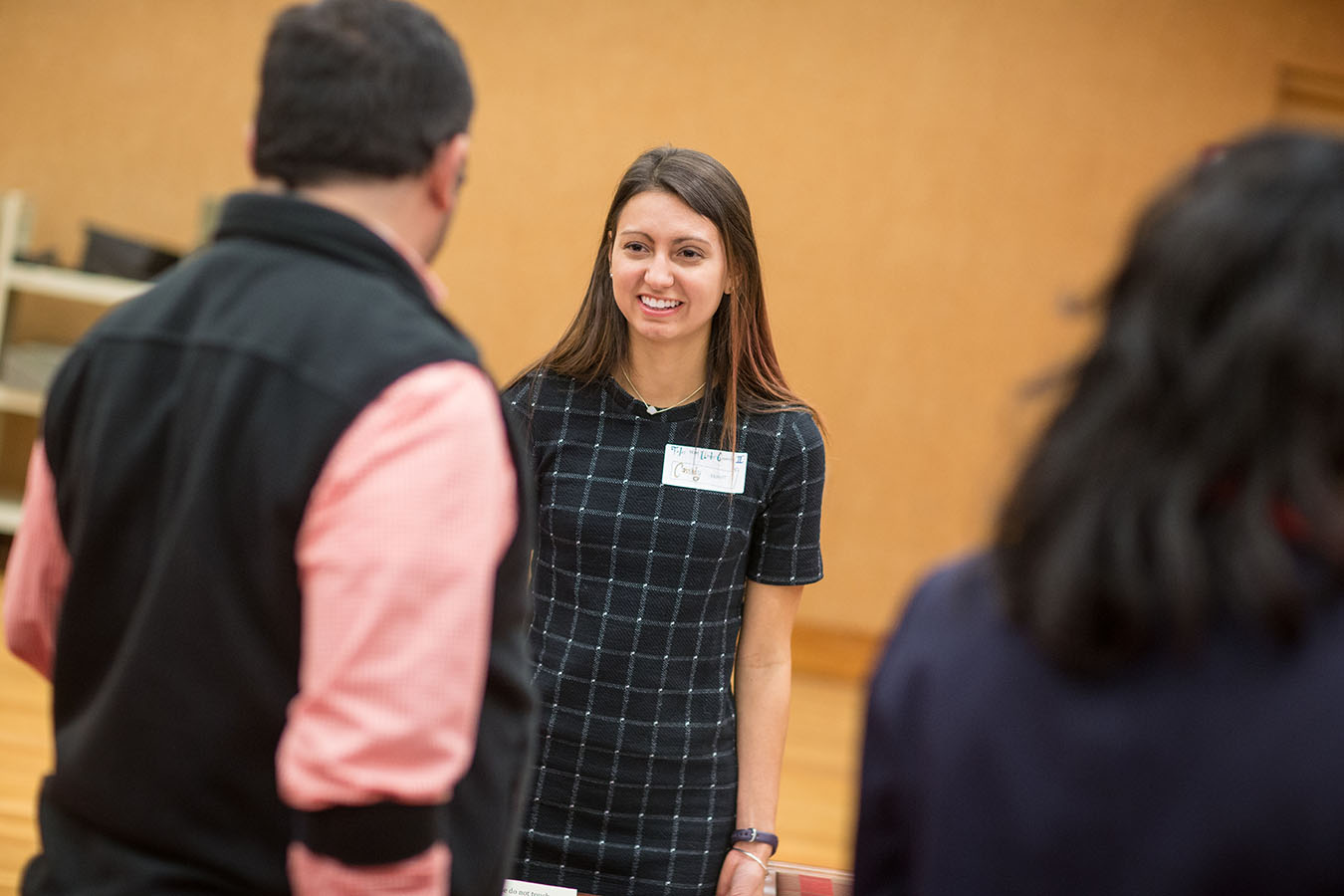 Equality on Grounds: The Struggle for Desegregation at the University of Virginia

The 1896 Plessy v. Ferguson United States Supreme Court case used the “separate but equal” doctrine to uphold the constitutionality of state laws requiring racial segregation in public facilities.  This “separate but equal” doctrine remained the standard in United States law until it was overturned by the Brown v. Board of Education Supreme Court decision in 1954.  Until the 1950’s many public colleges, including the University of Virginia, refused the admission of African Americans to their schools on grounds that it was contrary to the long established and fixed policy of their states. 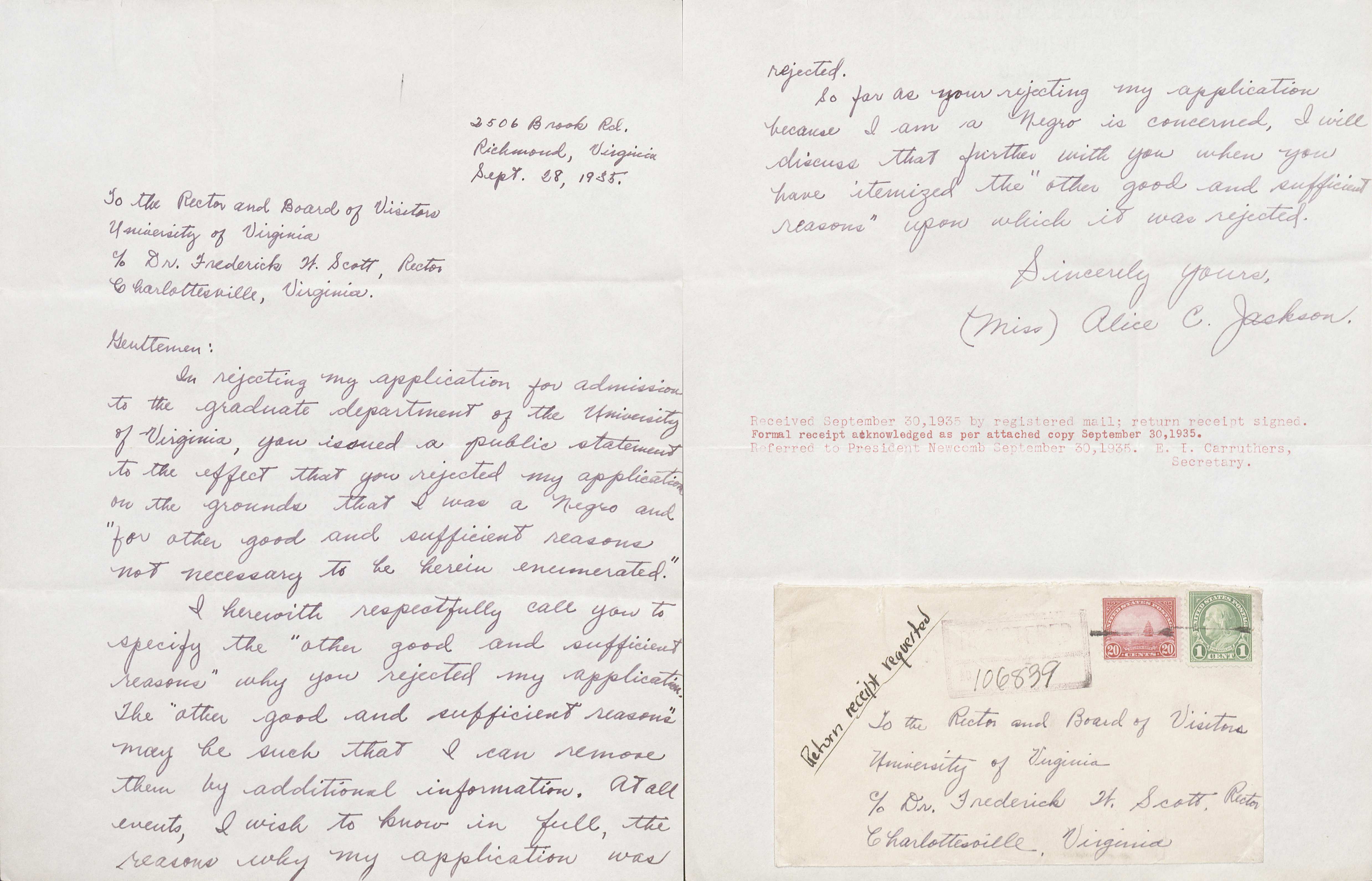 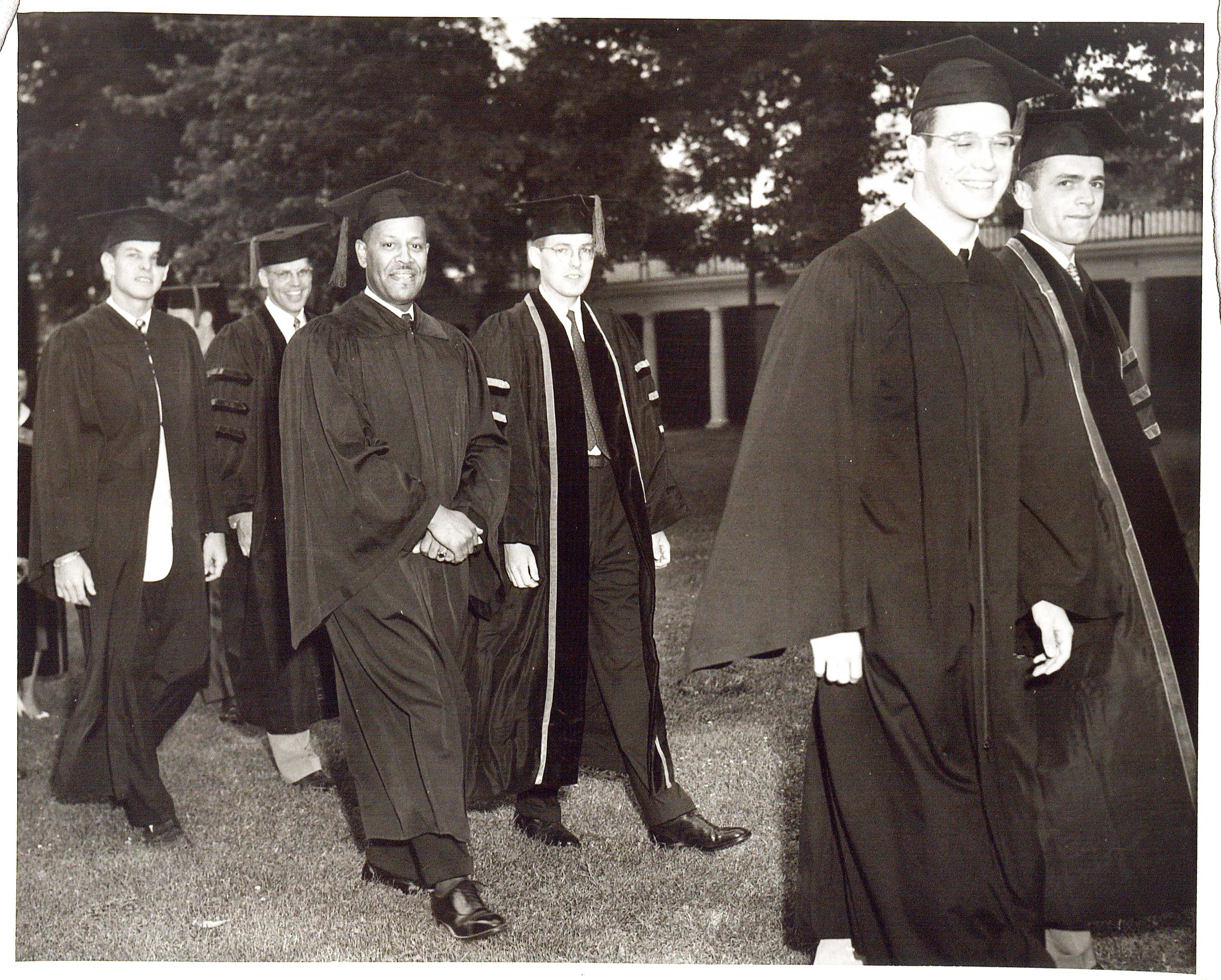 Photograph of U.Va. Finals, Academic Procession. 15 June 1953. A photograph of Walter Nathaniel Ridley, the first African American to graduate from the University of Virginia, is captured. Ridley (center) smiles for a photograph as he walks the Lawn at the Academic Procession of the summer of 1953. Ridley received a Ph.D. in education. (RG-30/1/10.011. University of Virginia Visual History Collection) 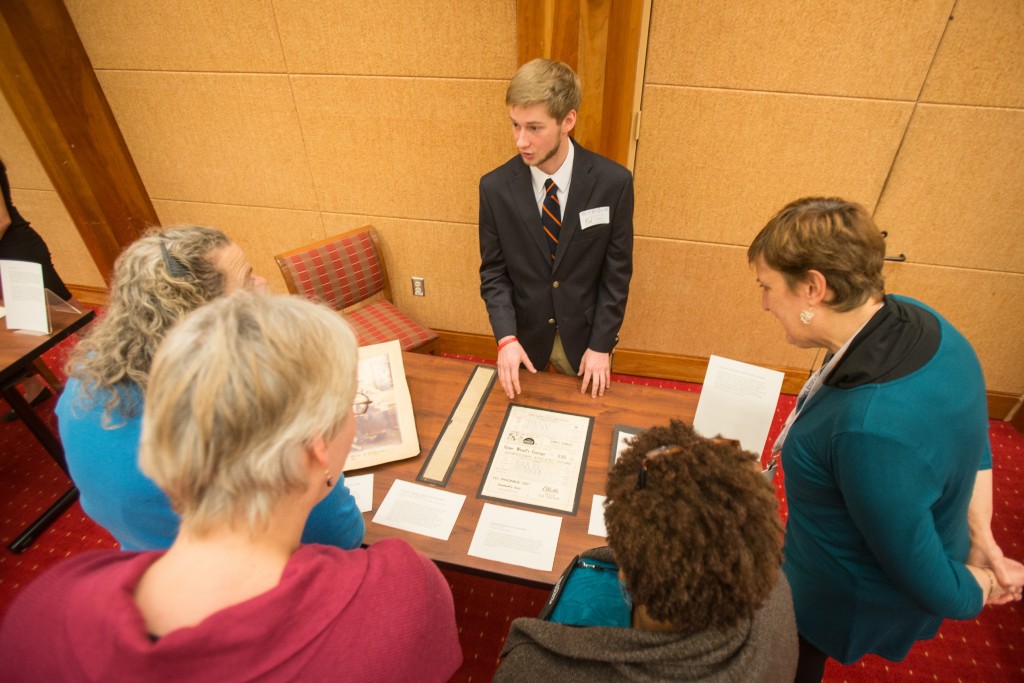 A History of Baseball at The University of Virginia

Baseball started at the University of Virginia in the late nineteenth century and has developed into one the best programs in the country. After over 100 years, Virginia has worked its way up to a nationally recognized athletic powerhouse in most sports, including baseball. The items in this exhibit include pictures, artifacts, and newspaper clippings that will show the viewer facets of the University’s baseball past. 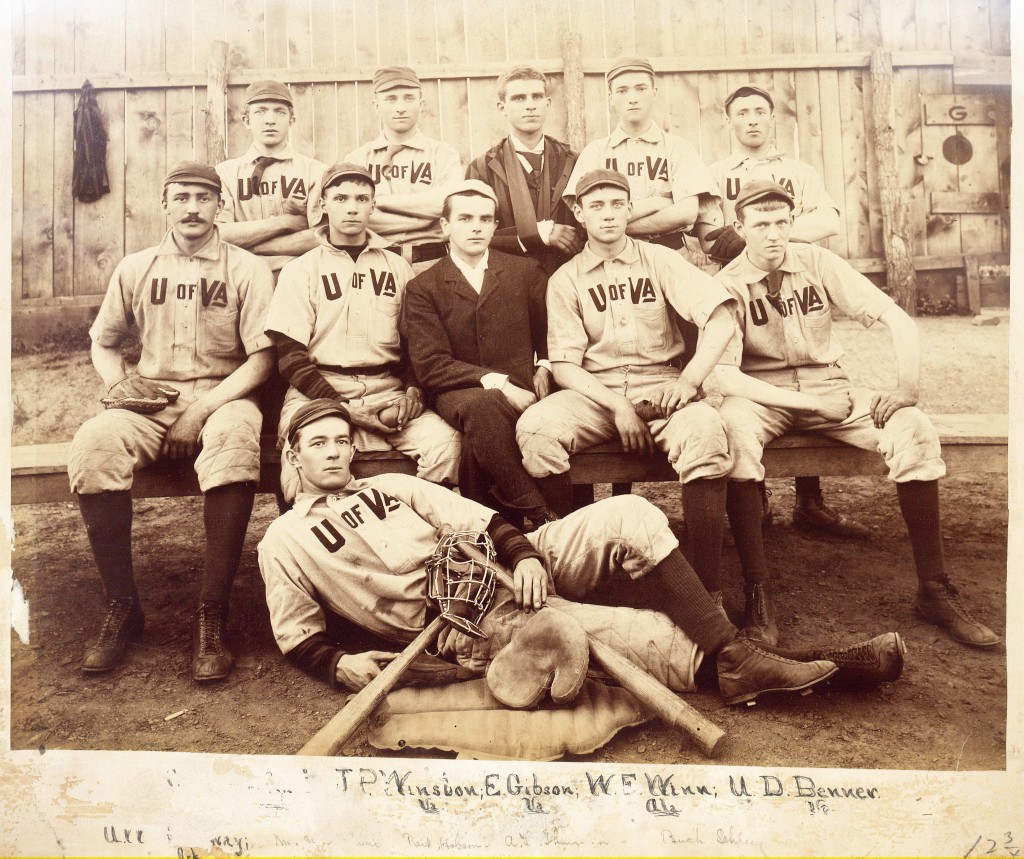 Photograph of University of Virginia Baseball Team, 1890. This is a photograph of the 1890 University of Virginia Baseball, which includes what appears to be nine players and two coaches. The border frame around the picture once included all of the names and hometowns of the players, but has worn away with time. Some things to notice are the old fashioned uniforms with the collars and pockets on their shirts, the short brimmed hats, and the equipment. The gloves have no web, but are more similar to an oven mitt. Also peculiar, the mustache on the player on the far left. Most universities required short hair and clean shave until mid-twentieth century. (MSS 9767. University of Virginia Archives) 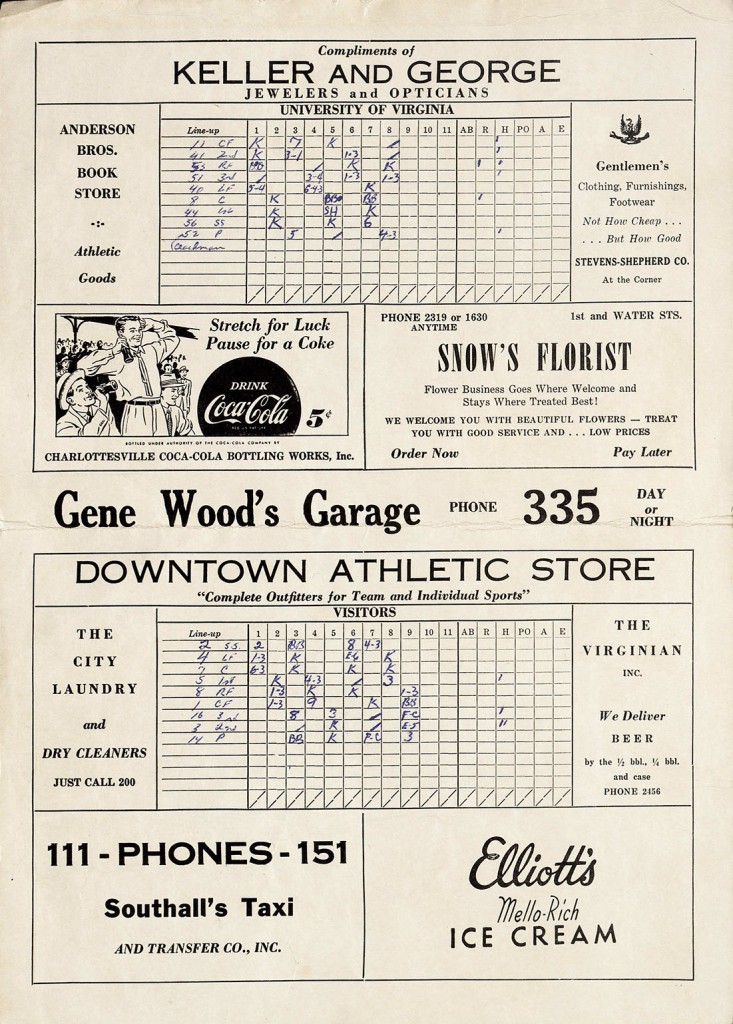 Virginia Baseball Game Scorecard, 1949. Featured is a hand-completed scorecard from a 1949 game between Virginia and an unknown opponent. Virginia was victorious, scoring two runs to none and outhit its opponent 5 to 4. The historical side of this piece apart from being in such good condition is the amount of advertising it contains. A total of nineteen different businesses paid to have their name and number on a scorecard for a baseball game. (RG-27/13/1.091. University of Virginia Archives)