We are pleased to feature a guest post by Emily Caldwell, Fourth-Year English major/Media Studies minor and blogger for The Media Studies Experience.

Although I have not spent an extensive time studying Uncle Tom’s Cabin throughout my academic career or my current course on the literature of the South, in the class, we briefly touched on the cultural significance this work had in sculpting the perception of race and racial relations in American society during the late nineteenth century.

For those of you who are unfamiliar, Uncle Tom’s Cabin; or Life Among the Lowly is an American anti-slavery novel by Harriet Beecher Stowe published in 1852. And yes, I was lucky enough to hold a first edition. The novel was a best-selling book in the 19th-century and is credited with fueling the abolitionist movement in the United States throughout the 1850’s. 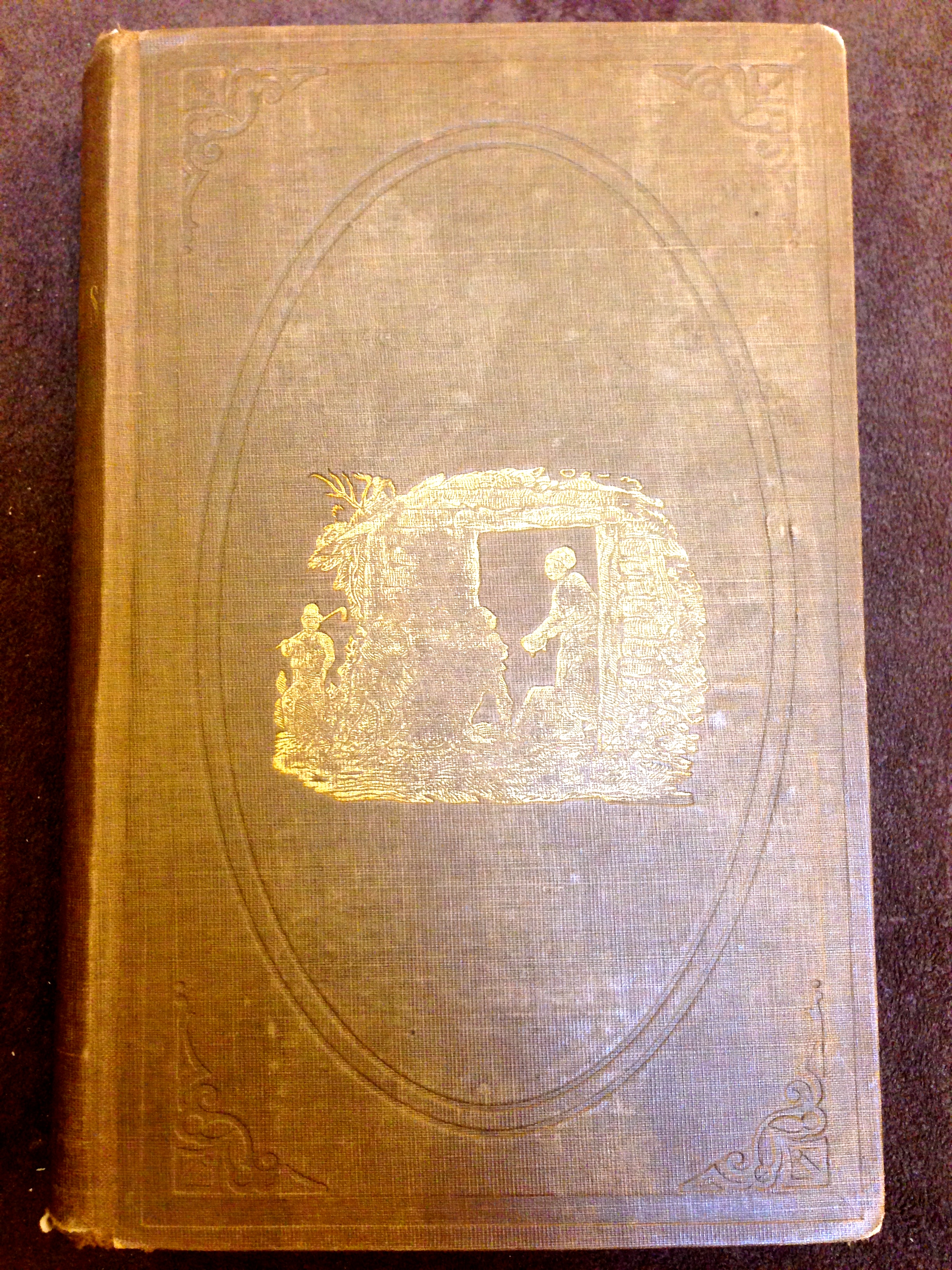 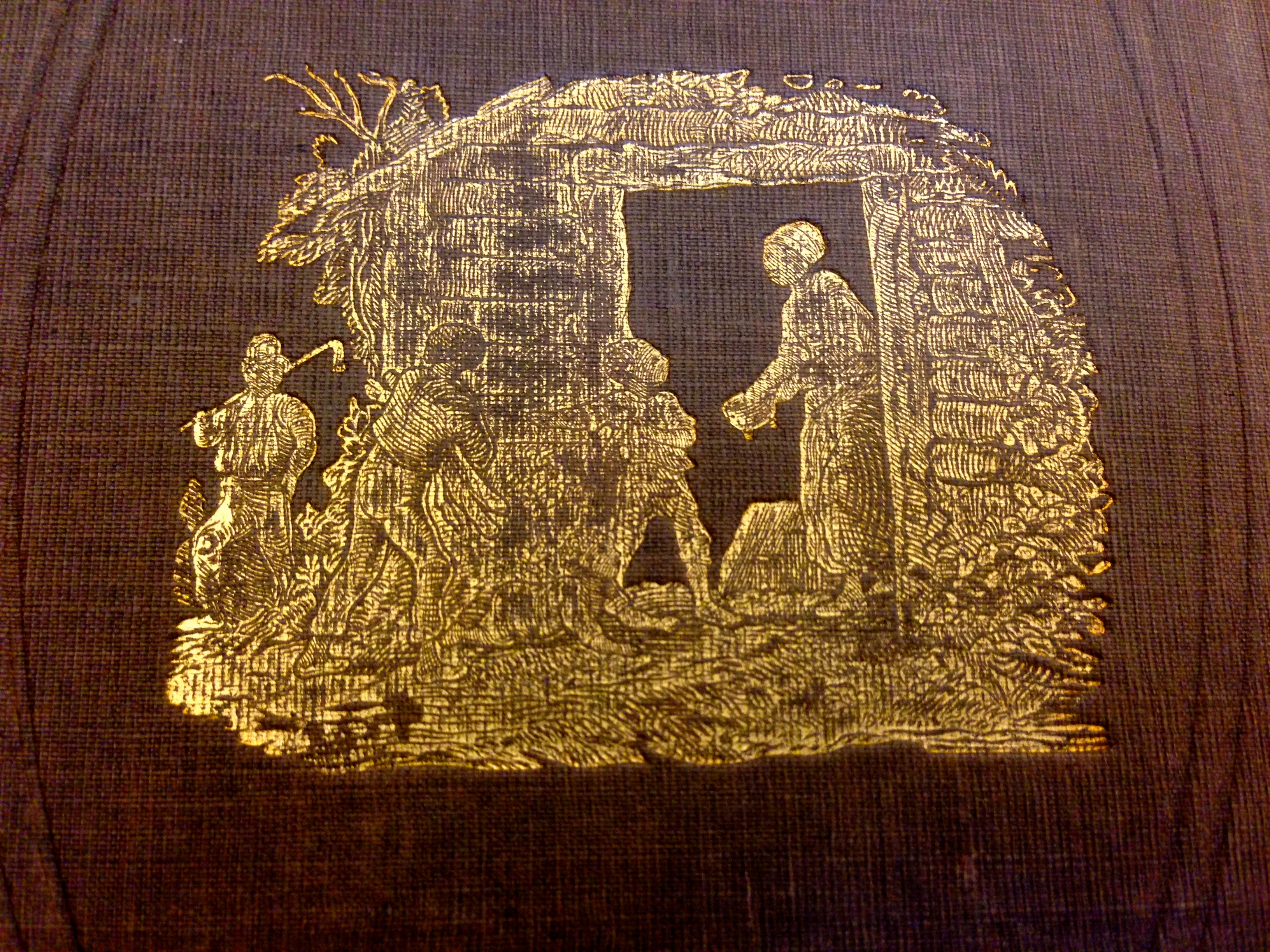 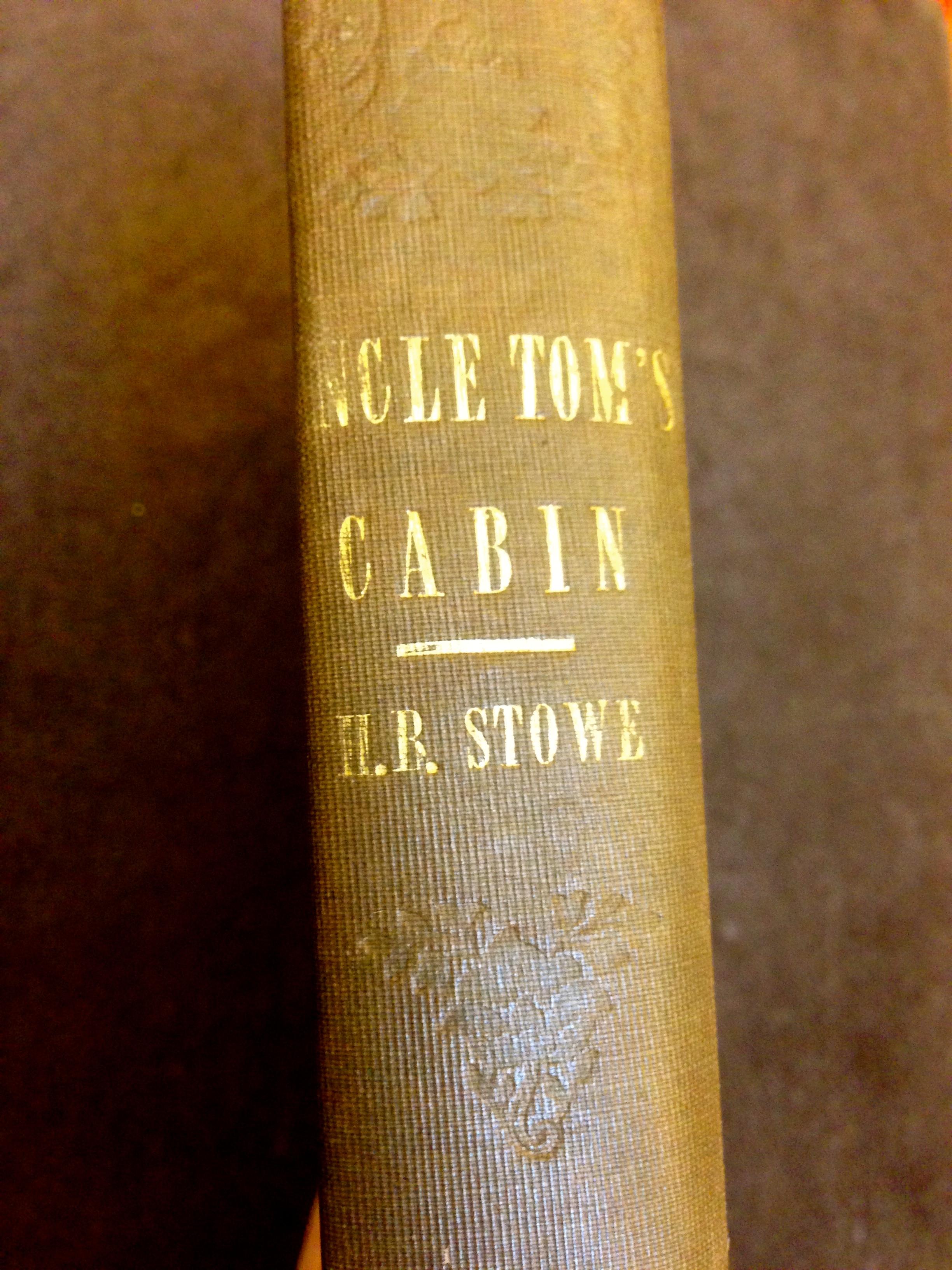 Being the English Literature book nerd that I am, while I sat holding this text, I thought about how powerful a piece of literature can be as an agent of social change. However, as I looked through the crinkled and age-spotted pages, I noticed many startling passages. Since I’m currently studying Southern Literature, these classic examples racial discourses in America are fascinating to me, and I love studying how these perceptions have changed over time. In the case of Uncle Tom’s Cabin, although the novel was meant to be a force for anti-slavery, itl unfortunately introduced and reinforced many black stereotypes including “mammy,” “pickaninny,” and even “Uncle Tom” himself, who is portrayed as the faithful servant who remains loyal to his master despite his endured suffering as a slave. 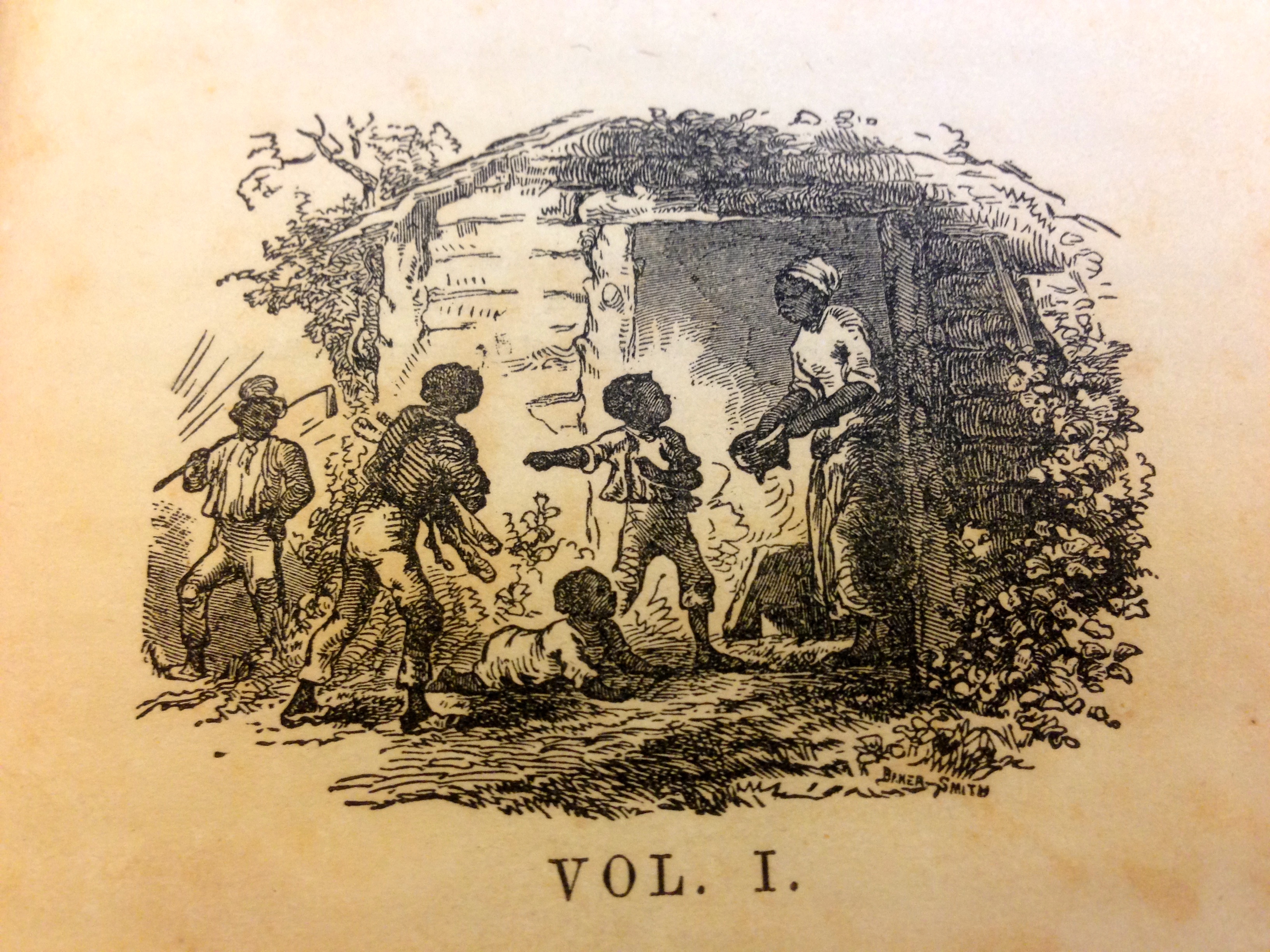 However, I also found many promising excerpts that indicated an undertone of great social change on the horizon. In the preface of the novel, Stowe writes,

The object of these sketches is to awaken sympathy and feeling for the African race, as they exist among us; to show their wrongs and sorrows, under a system so necessarily cruel and unjust as to defeat and do away the good effects of all that can be attempted for them, by their best friends, under it.

I found it interesting that Stowe does not outright condemn the South for these wrongdoings, but instead said, “…Both North and South have been guilty before God; and the Christian church has a heavy account to answer.” Although these words may be familiar to those who have studied the text, it is the fact that this single book, the best-selling book, second only to the Bible when it was published, is a vehicle that planted the seeds for a great shift in American society change. Even Abraham Lincoln joked that Stowe and her revolutionary ideas fueled the Civil War.

As a native Virginian (a designation some might argue today is not truly “southern”), I feel a sense of pride when it comes to where I come from. In my Southern Literature course, we discussed how there is almost a longing for an ideal south that was never really there. There is a sense of pride in what the south represents, yet also a sense of embarrassment and shame for what hateful crimes and prejudices its culture harbored in America. I believe that Uncle Tom’s Cabin is a prime example of cultural and literary history that not only began a discourse about the corrupted sociology of the South, but also reinforced disturbing, harmful and misrepresented stereotypes of African American culture that still resonate in our culture today. Although there are some aspects of our country’s history that we would rather overlook or erase altogether, they still compose our own American story.

I feel honored as a student of U.Va. to have access to first-edition copies of some of the most influential texts in the English language and Southern Literature. Literature and physical books themselves are often overlooked as important agents of exchanged thoughts and ideologies, and I can’t help but wonder where our country would be without this and other published plantation tales. 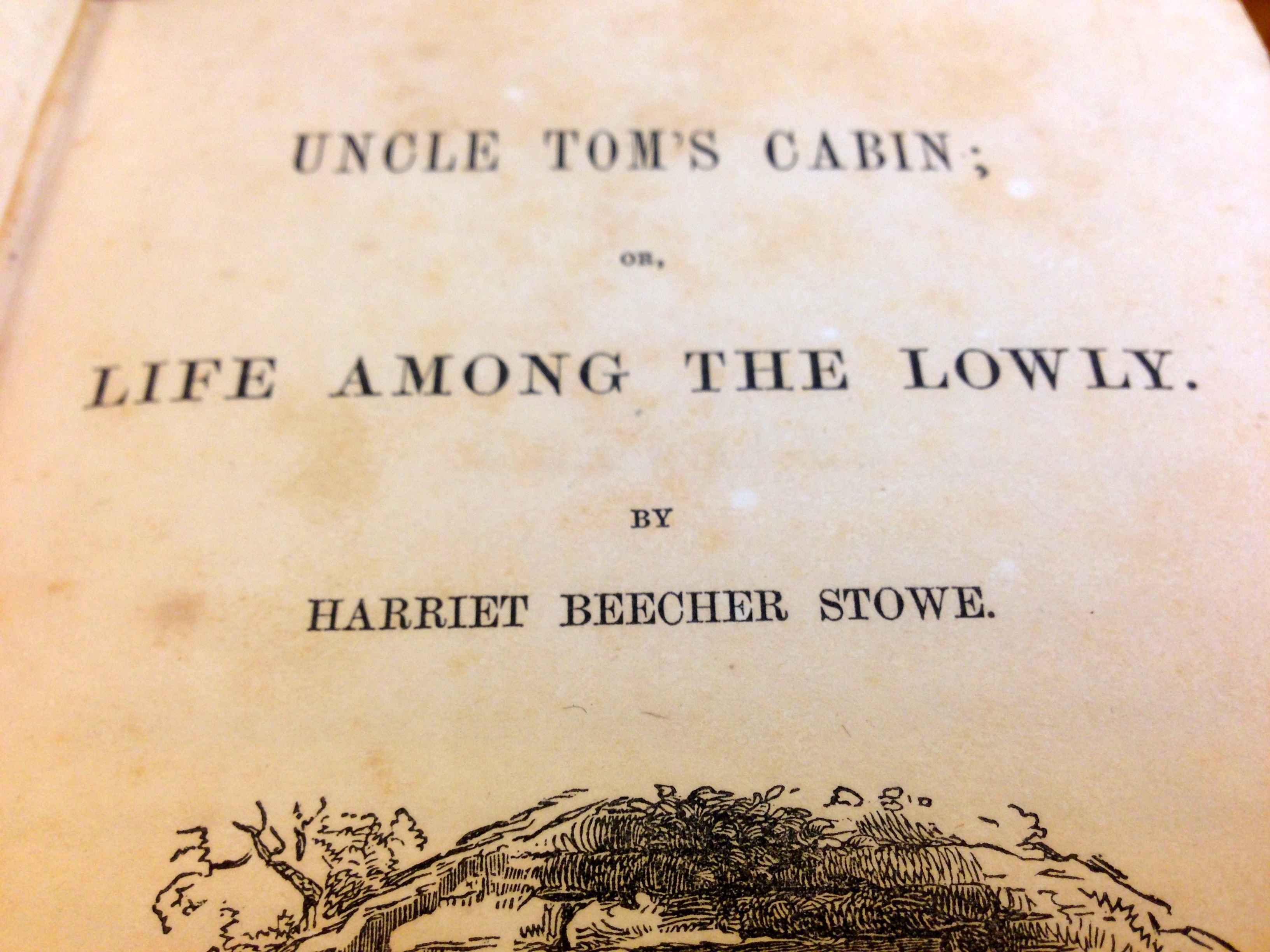