Hello again, and welcome to the ABCs of Special Collections!  This week’s selections represent the twenty-second letter of the alphabet, 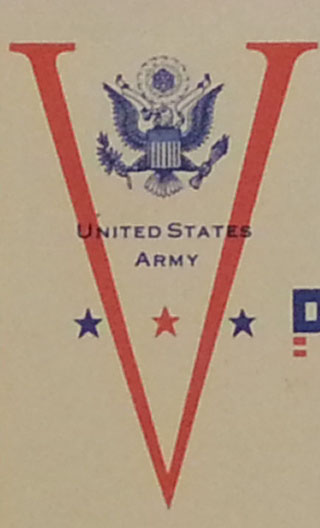 V is for Jones Very

Jones Very was a nineteenth-century American poet, essayist, and spiritualist associated with Ralph Waldo Emerson and the Transcendentalist movement. Emerson found Very’s work to be admirable and did what he could to promote it, but Very, operating on an evolving belief that he was the Second Coming of Christ, put off many who found his work otherwise worthwhile. Very was briefly institutionalized, and when released, led a secluded life for the rest of his days.

A search of the Library’s holdings shows five records, including three manuscript poems in his hand, several entries in contemporary periodicals, and his personal copy of Essays and Poems, dated 1839. 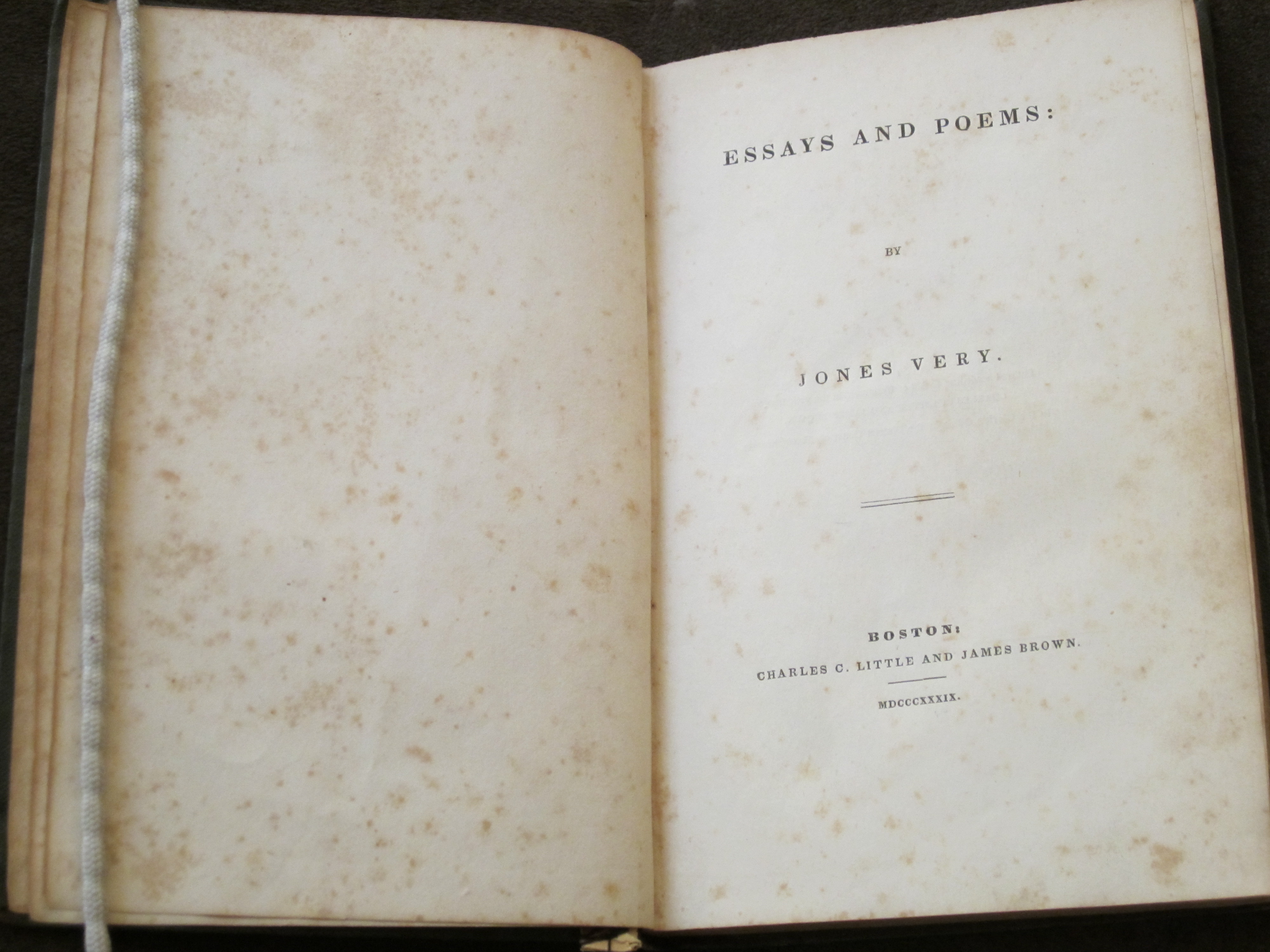 Shown here is Very’s own copy of his Essays and Poems, 1839. (PS3125 .A2 1839. Clifton Waller Barrett Library of American Literature. Photograph by Petrina Jackson) 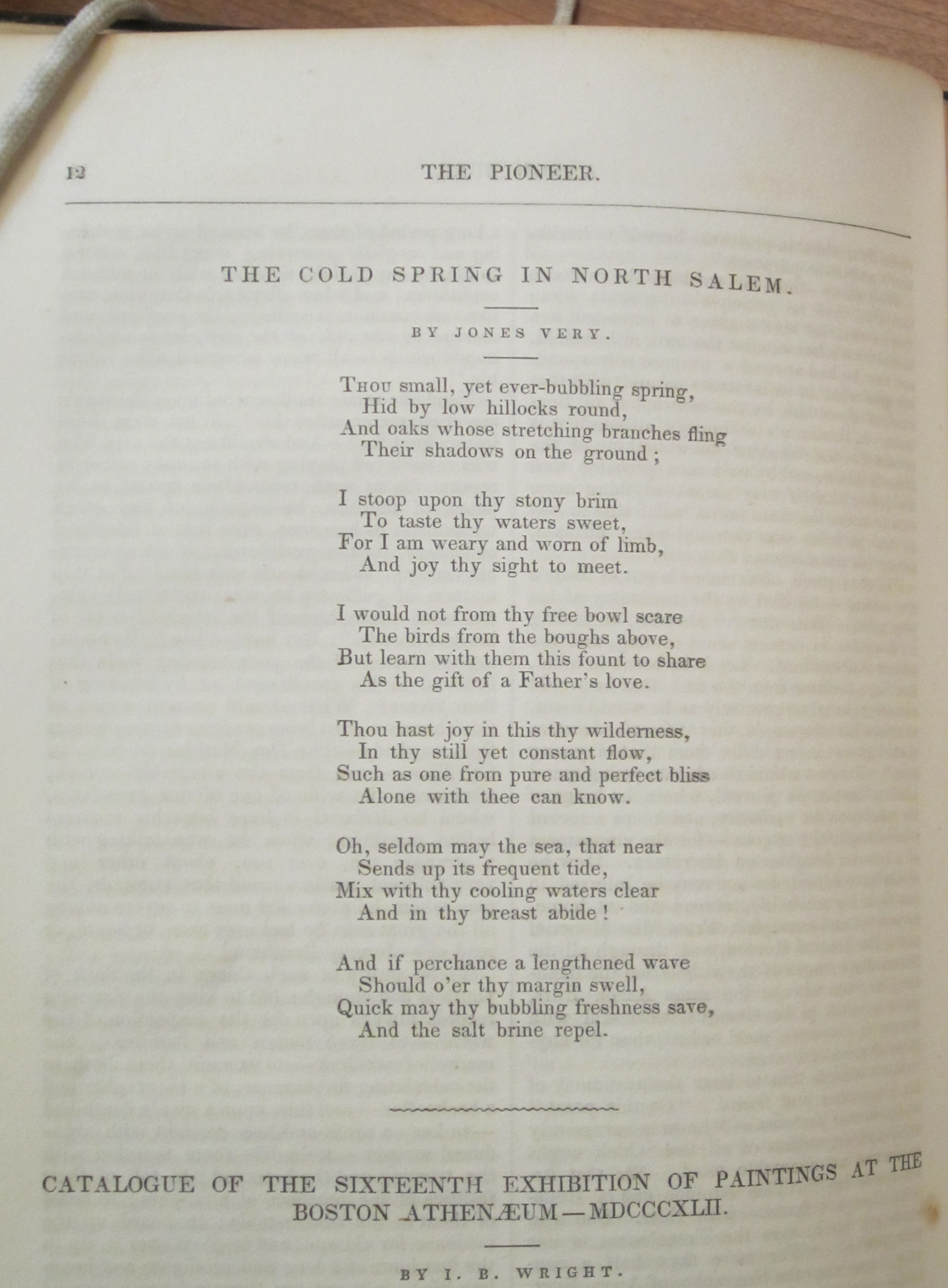 V is for “Victory Mail,” also known as “V-Mail”

During World War II, the exchange of letters between soldiers and home was considered essential to morale. At the same time, massive quantities of war material and supplies had to be transported around the world by sea and sky. Special single-letter sheets were designed to be censored, microfilmed and then shipped back to the states. After transport overseas, the reels–each containing thousands of photographed letters–were then “blown up” at a processing center, printed, and delivered.

The originals of V-Mail and Postcards as written by  William S. Kibler as he served abroad. This original would be microfilmed and, in this case, the original returned to the sender.  (MSS 15270. Photograph by Petrina Jackson) 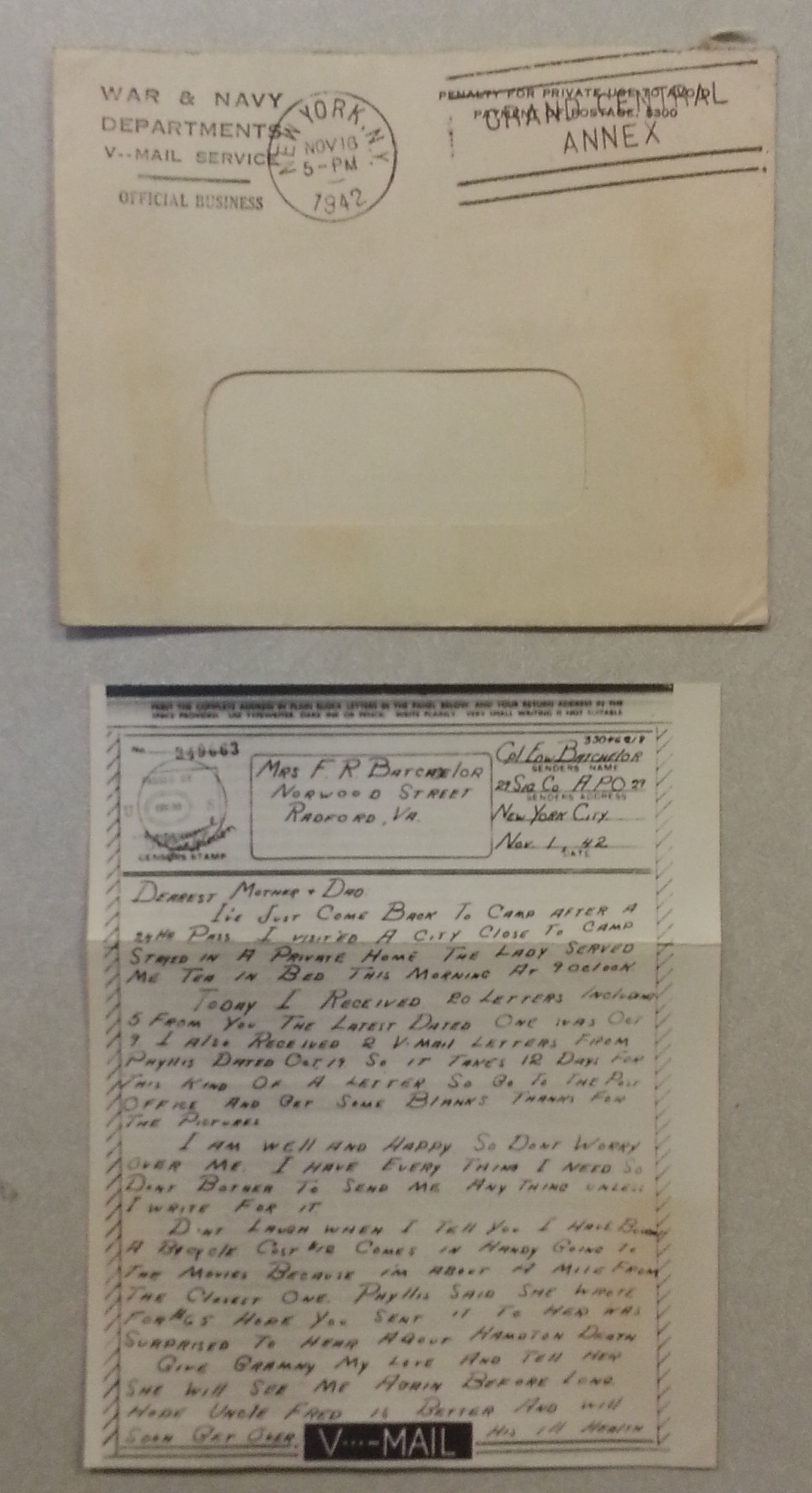 Here is what a V-Mail looked like on the other end, after the microfilm reel arrived in the states and was printed for distribution. This example was written by Edward F. Batchelor to his parents in 1942.  Batchelor was a member of the 29th Division Signal Company. (MSS 14797. Purchased by the Robert and Virginia Tunstall Trust Fund, 2009/2010. Photograph by Petrina Jackson)

See you in two WWWWWeeks! (Guess what letter’s next?)