This week we are pleased to feature a guest post from Donna M. Lucey, author of Archie and Amélie: Love and Madness in the Gilded Age and Photographing Montana 1894–1928: The Life and Work of Evelyn Cameron and media editor for the online Encyclopedia Virginia being produced by the Virginia Foundation for the Humanities.

In this post, Donna Lucey provides some favorite high-points of using the Albert and Shirley Small Special Collection Library for her 2006 biography Archie and Amélie: Love and Madness in the Gilded Age.

If there is one verity in life, it is this: SEX AND CELEBRITY AND SCANDAL SELLS. And those commodities pop up in the strangest places—take, for instance, the hushed, staid precincts of the Albert and Shirley Small Special Collections Library.  Who knew that sex would be lurking inside MSS 8925 of the Amélie Rives Chanler Troubetzkoy Papers? But open the oversized box of images attached to that number, and there she is—the voluptuous nude Amélie Rives in all her glory, lying on a divan in a kind of post-coital bliss, her eyes closed, her luxuriant mane of hair undone.  And what can one say about that curvaceous figure of hers? Some hyperbole had to be involved in that, right?  Who would draw such a thing in the 1890s?  In fact, Amélie herself created it.  She drew it on a Sunday in August—August 21, 1892, to be precise—the very day her paramour from London, Lord George Curzon (future Viceroy of India), arrived at her family’s ancestral Virginia estate, Castle Hill.  Her husband, John Armstrong “Archie” Chanler, an heir to the Astor fortune, was conveniently in New York City at the time….  Well, such are the secrets that the Special Collections Library harbors amid its underground treasures. 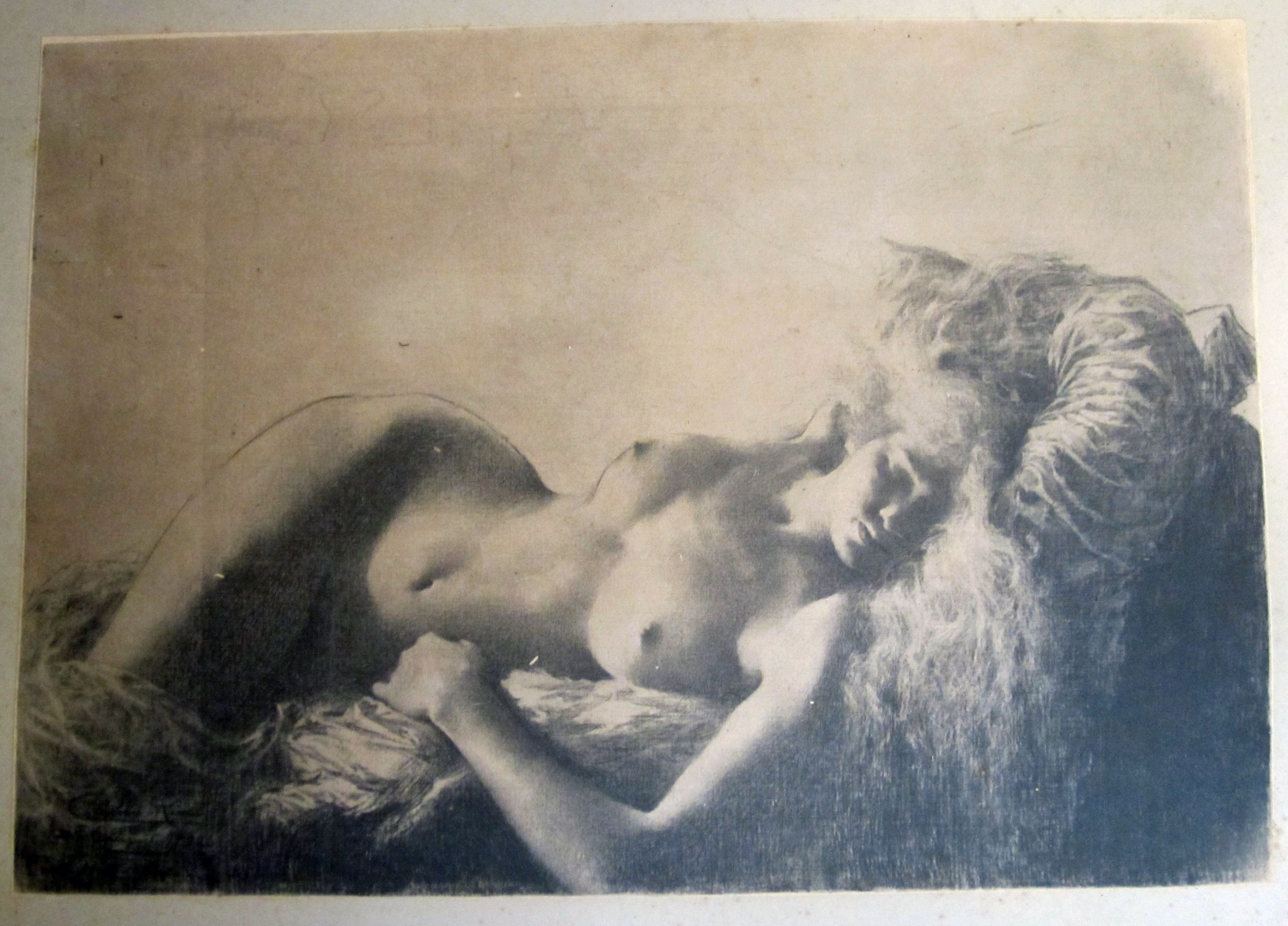 Self portrait of a reclining Amelie Rives Chanler. (MSS 8925. Photograph by Petrina Jackson)

I was working on a joint biography of Amélie and poor, deluded Archie, when I came upon that revealing image.  Archie and Amélie were the Scott and Zelda Fitzgerald of their day—with literary fame, fortune, and madness mingled in equal doses.  Amélie was a Virginia blueblood of the grandest sort—in her great-great-grandfather’s time, Jefferson and Madison were habitués of Castle Hill; Robert E. Lee was her godfather—but she scandalized the entire nation when her first novel, The Quick or the Dead?, was published in 1888.  The book dared to suggest that women had sexual feelings.  Nothing by today’s standards, but the novel featured lots of “soughing” rain and wind, and heaving bosoms, and even passionate kisses (“Jock! kiss me!”). The book was reviled by critics and clergymen across the country—and sold 300,000 copies. A celebrity was born. In a supposedly secret ceremony, the notorious author married her Astor heir; but—thanks to an obliging Amélie—the press covered the event and trumpeted it in newspaper headlines across the country.  Gossip columnists parsed the couple’s every move and utterance.  Amélie loved the attention (note that nude portrait again—she actually had copies of it made); but Archie thought HE deserved the attention.  He was, after all, an ASTOR. It was a marriage from hell, but Archie adored Amélie and continued to support her even after she dumped him and wed a penniless artist/aristocrat named Prince Pierre Troubetzkoy. 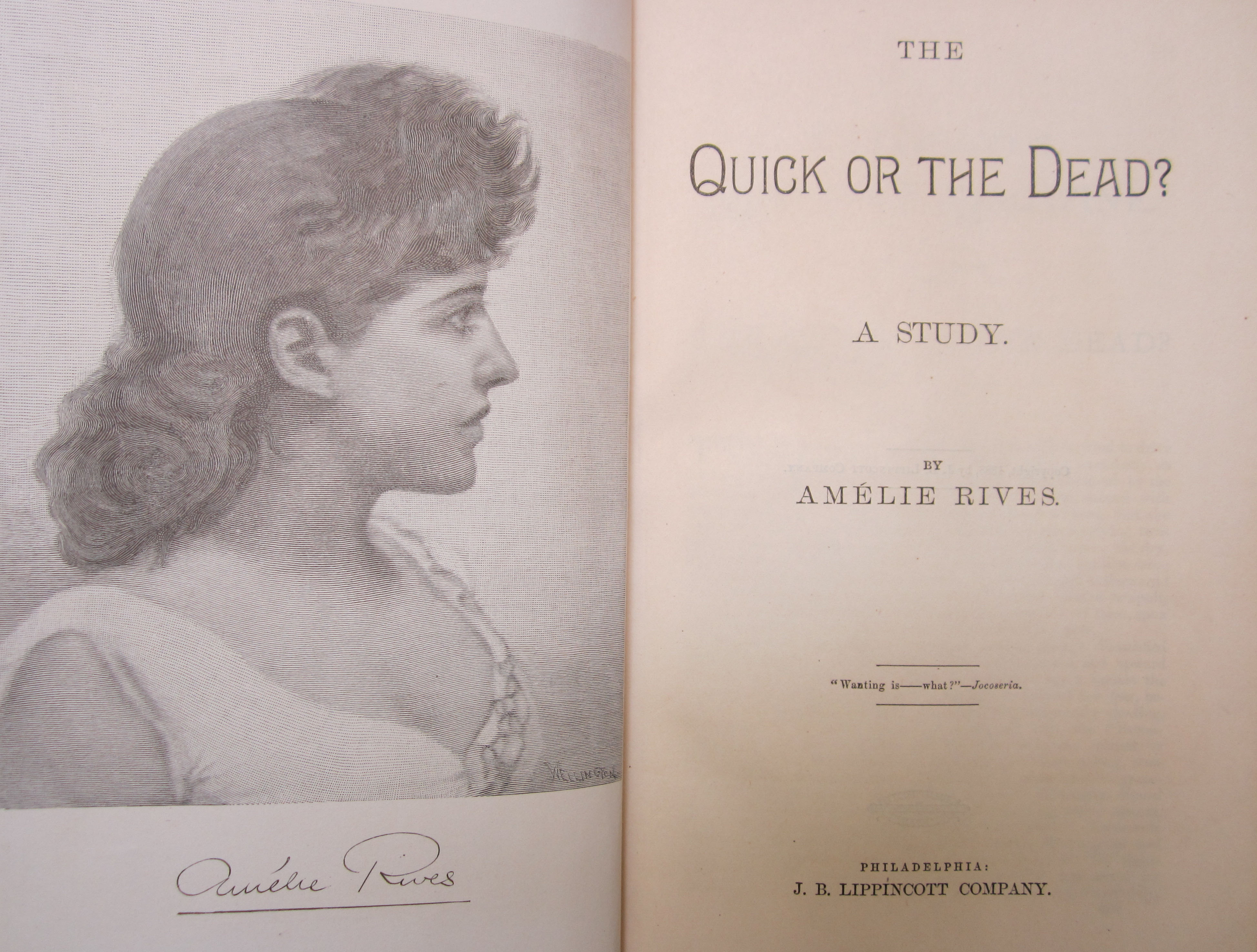 Frontispiece and title page of “The Quick or the Dead?” by Amelie Rives, published in full in Lippincott’s Monthly Magazine, April 1888. (Taylor 1888 .T76 Q8. Taylor Collection of American Bestsellers. Photograph by Donna Stapley) 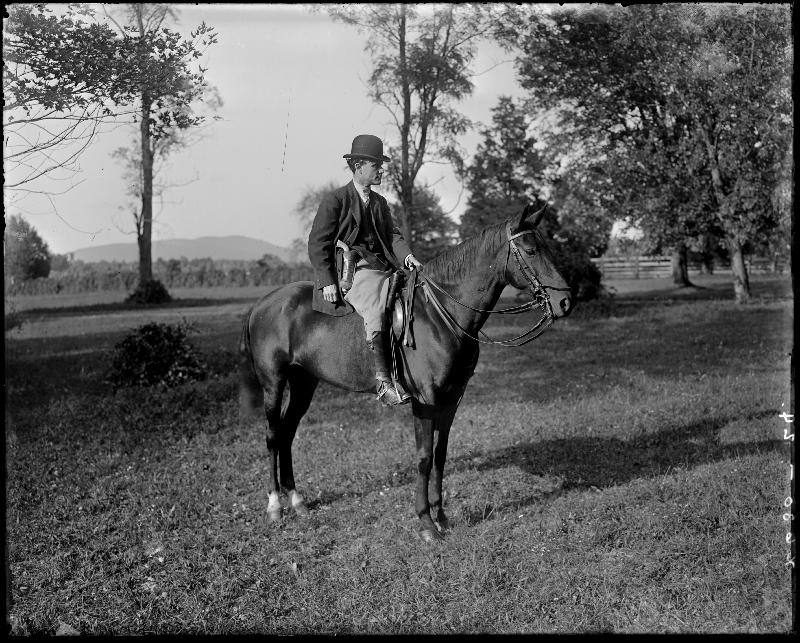 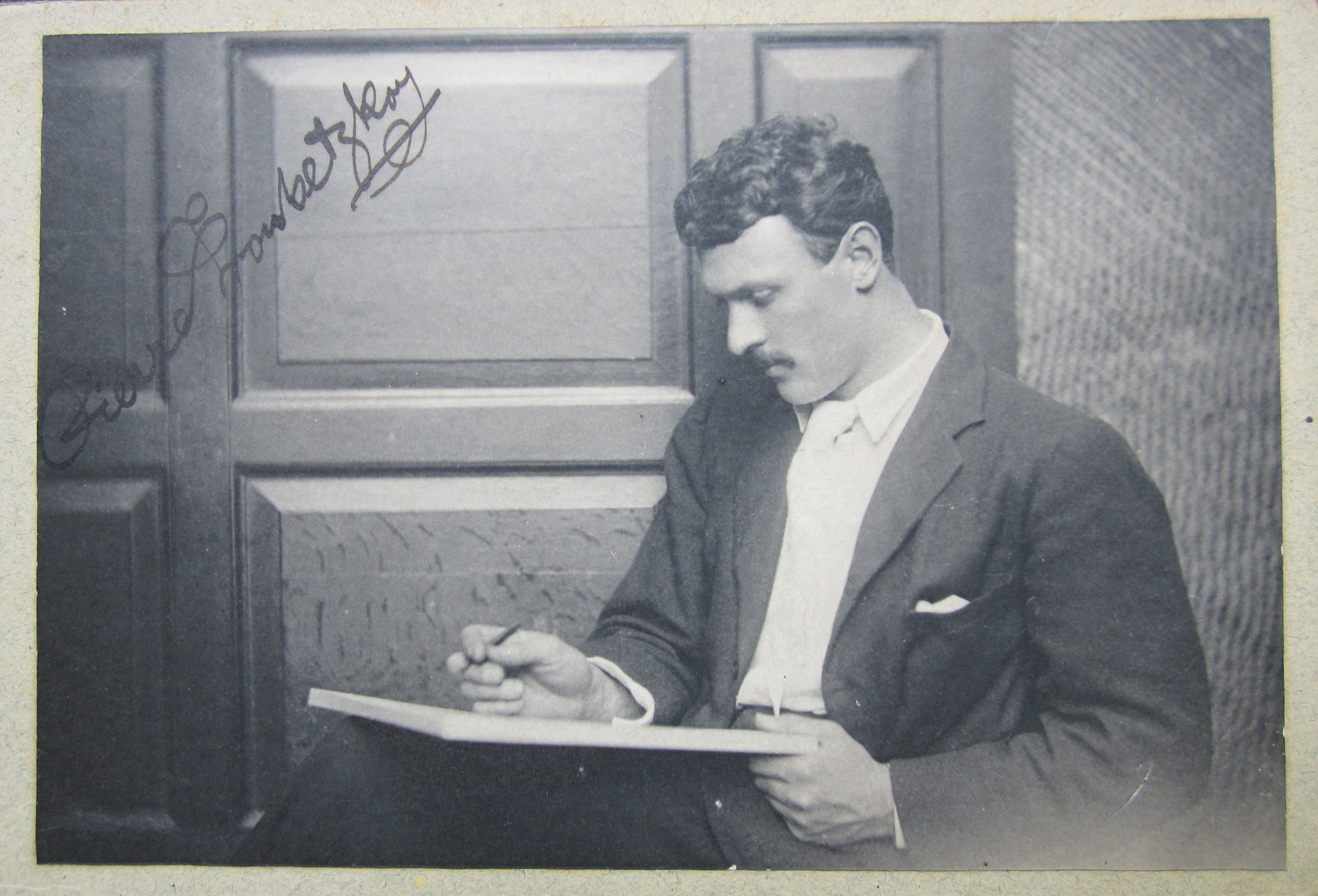 One astonishing story after the next tumbles out of the voluminous papers dealing with both Archie and Amélie at Special Collections. You couldn’t make up Archie’s life: his creation of a mill town in the wilderness of North Carolina; his fascination with the occult; his betrayal by über-architect Stanford White and by his own family, who committed him to an insane asylum for the rich in White Plains, New York; his escape from Bloomingdale Asylum after nearly four years of incarceration; his re-emergence in Charlottesville where, in a famous lunacy trial, he was declared sane in Virginia—but he remained “insane” everywhere else; his killing a man in his own dining room (he was acquitted of the deed but paid for the victim’s funeral and had a six-pointed metal star placed on the dining room floor to commemorate the event); his nearly twenty-year struggle to have himself declared sane in New York and reclaim control of his fortune.  Archie was finally victorious, but thereafter fell into madness, turning into a recluse at his Virginia estate. His renown was secured, however, when he coined the famous line “Who’s Looney Now?” and cabled it to reporters.

So sex and celebrity and scandal, Gilded Age style, lie simmering in those archival boxes. 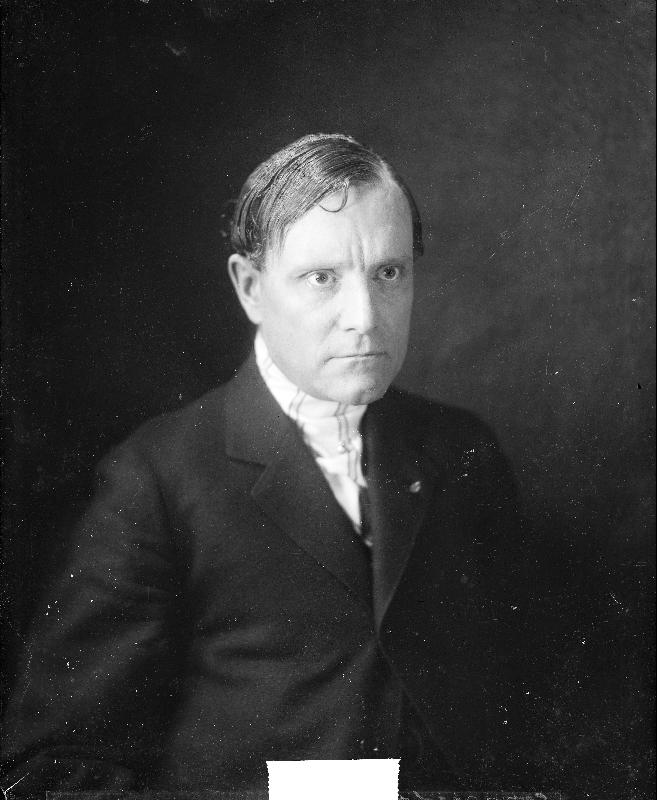 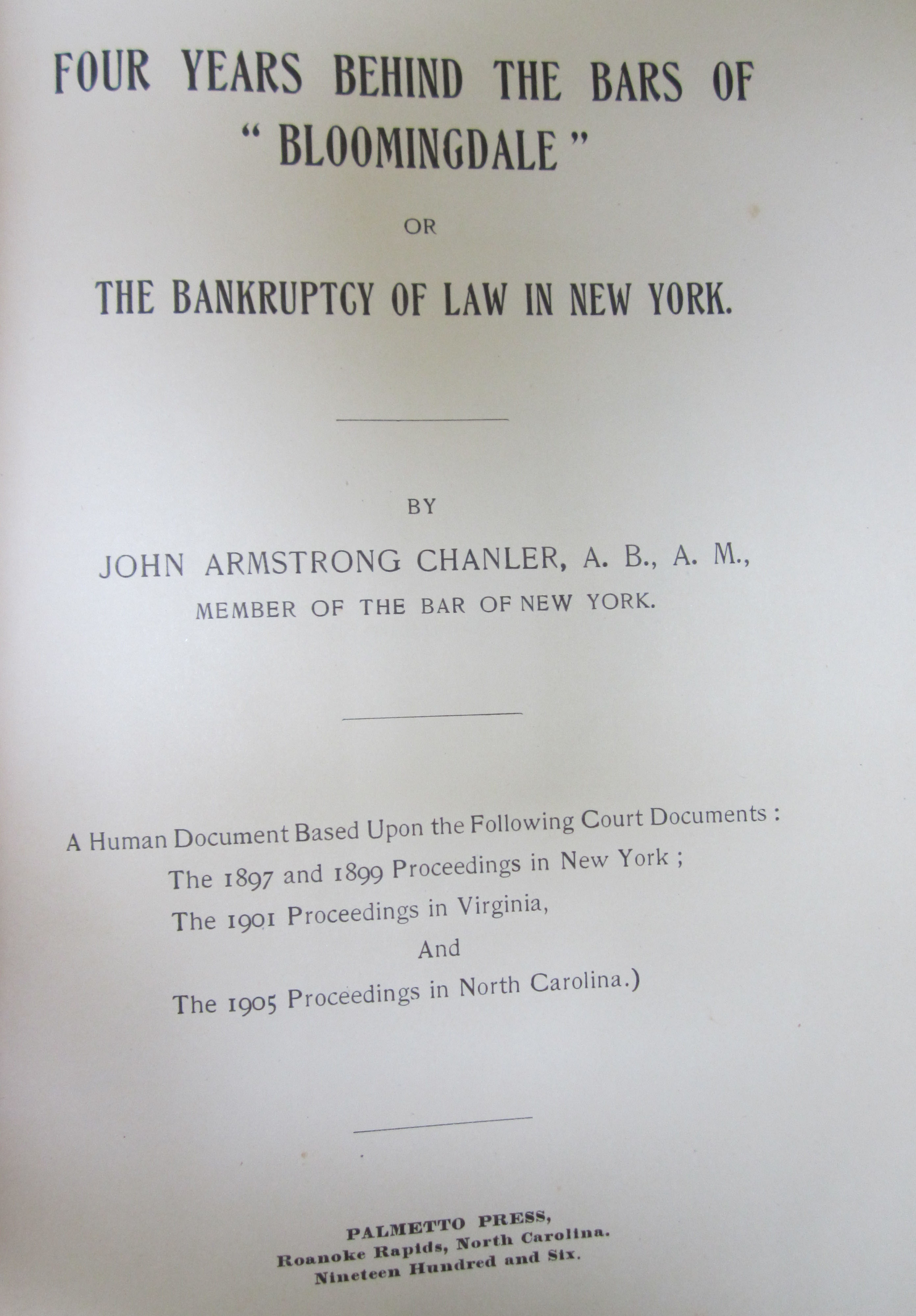