As of this morning, Amazon sales of George Orwell’s dystopian novel 1984 had jumped 6,021 percent in just 24 hours, to No. 213 on Amazon’s bestseller list. As NPR’s Alan Greenblatt recently pointed out, many people have found uncomfortable resonances between Orwell’s “Big Brother” state and the news that broke last week of U.S. government surveillance programs. The news can often be a major driver of book sales: In 2008, sales of Ayn Rand’s conservative classic Atlas Shrugged spiked during the banking industry bailouts. 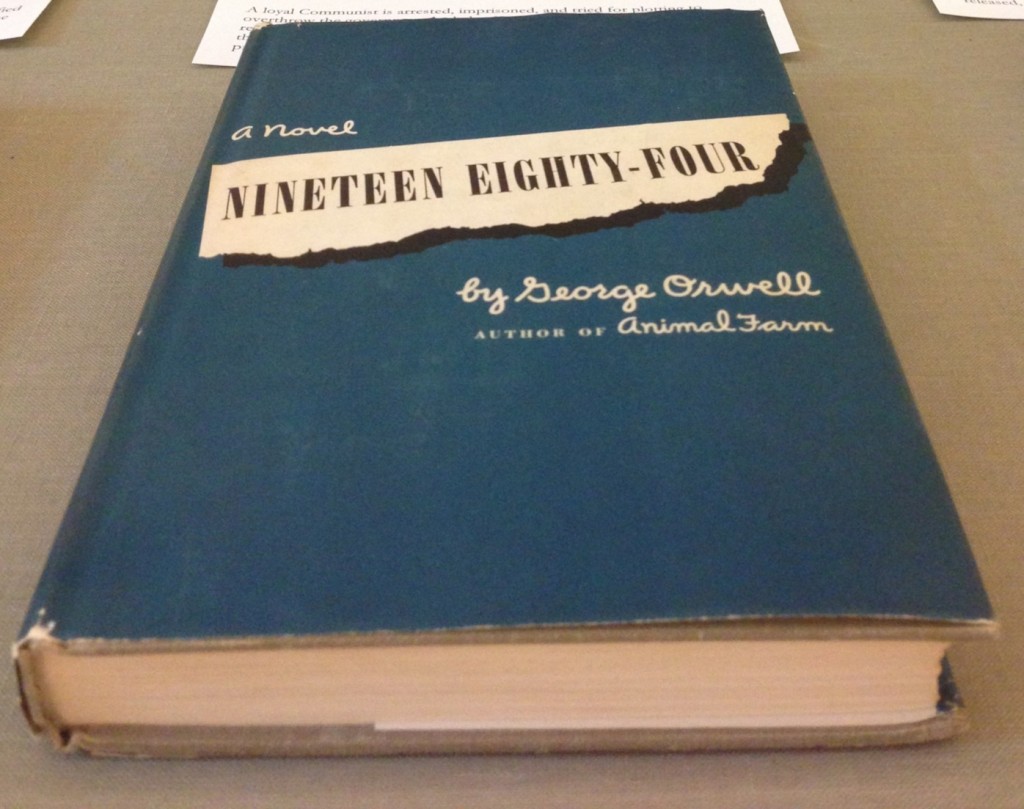 Now, we don’t want to claim that Special Collections had advance knowledge of Snowden’s whistle-blowing plans. It may just be a coincidence that when this all happened, public services staff member Margaret Hrabe was in the process of preparing our latest mini-exhibition: Dystopian Fiction: Trapped in a Nightmare Future, now on view in the First Floor Gallery. Featuring Orwell’s masterpiece as well as many other landmark dystopias–and a handful of utopias for balance–this latest visual feast may offer you some alternatives for your summer’s reading list if your local bookstore is all sold-out of Nineteen Eighty-Four. Stop by and take a gander. 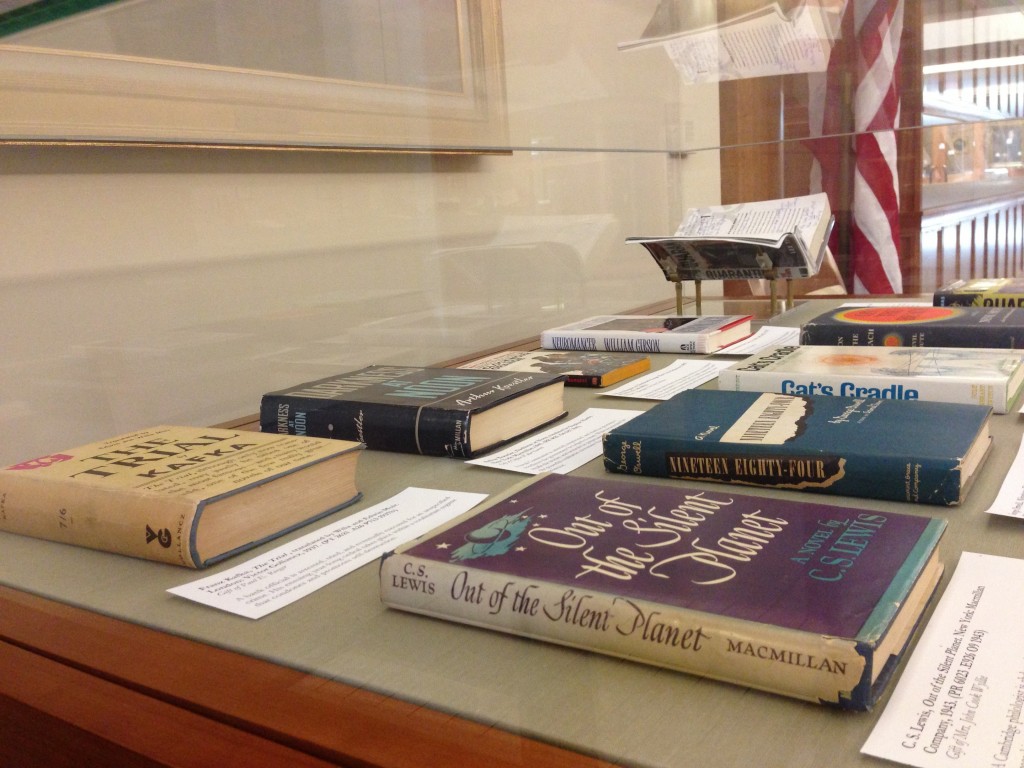 Some of the titles on view. (Photo by Molly Schwartzburg) 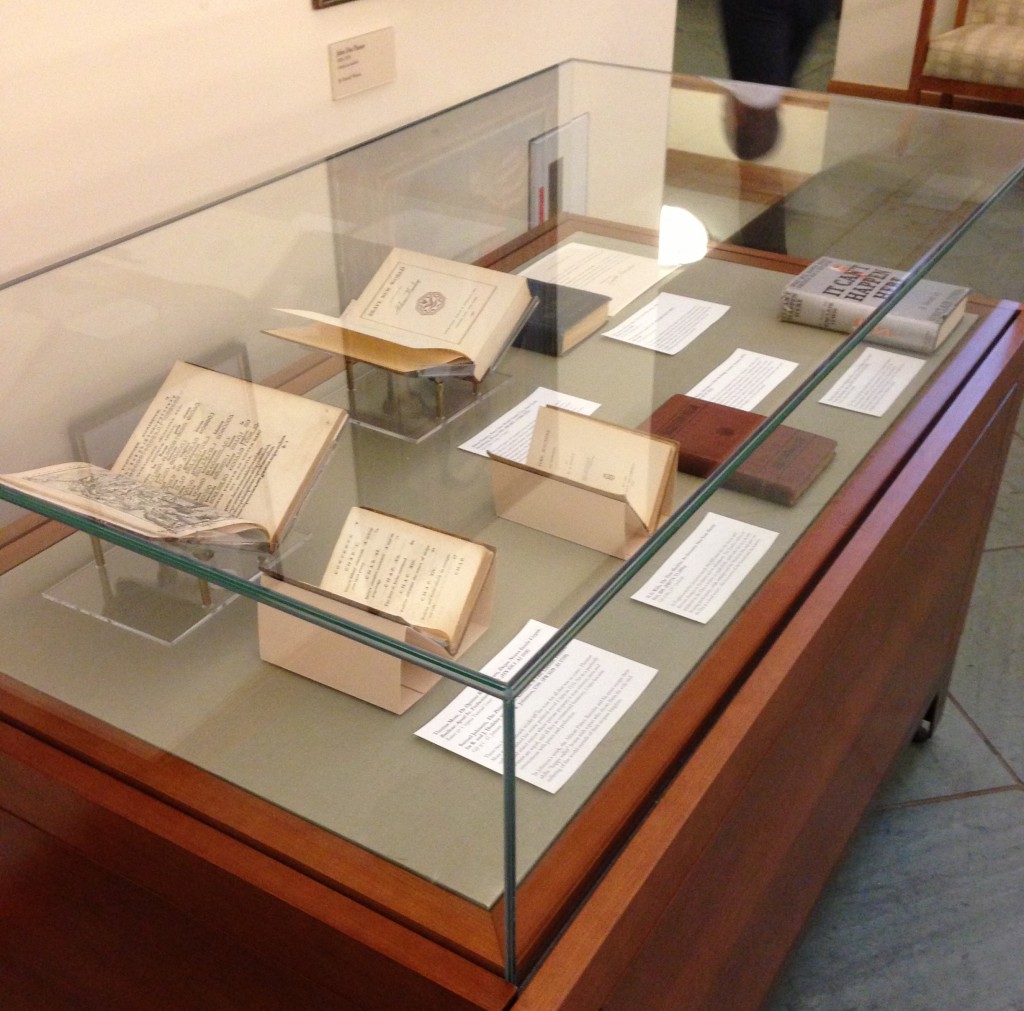 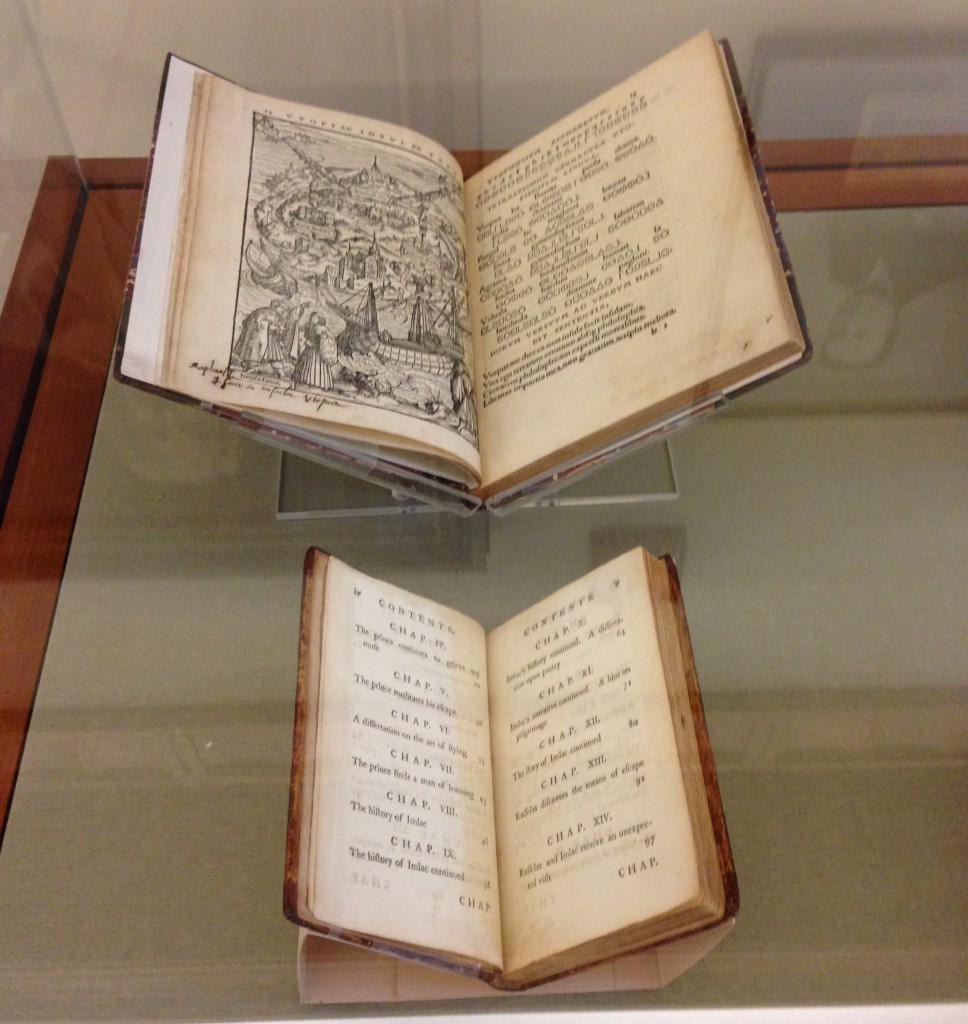 Rare landmarks in the history of Utopian literature are on display,  including the genre’s namesake, Thomas More’s Utopia, open to the map of Utopia (HX 810.5 .A2 1518. Robert and Virginia Tunstall Trust.) Also shown here is Samuel Johnson’s Rasselas (PR 3529 .A1 1759. Gift of CD Johnson). (Photo by Molly Schwartzburg