This week, we are pleased to feature a guest post from U.Va. alum (CLAS ’12) and Special Collections volunteer Emma Whittington:

Tucked neatly into 94 boxes housed in the Albert and Shirley Small Special Collections Library reside the fragments of the life of a man that many people — all over the world — know more about than they might think. Postcards, documents marked “Top Secret,” notes written on Buckingham Palace stationery, drafts of novels, and hundreds of photo negatives make up the archive of one of the most fascinating Brits of the 20th century. His name is Maclean, Fitzroy Maclean. And he is widely believed to be one of the inspirations for Ian Fleming’s famous character, James Bond.

An identification tag from the UK delegation to a NATO Parliamentarians Conference, undated. (MSS 11487. Photo by Molly Schwartzburg)

Maclean was a Scottish soldier, politician, diplomat, author, and pundit who traveled extensively throughout his career, spending time in London, Paris, Moscow, Cairo, Yugoslavia, and almost everywhere in between. Quickly promoted up the ranks in all of the many positions he held, Maclean is remembered for his adventurous spirit and contributions to British allied efforts during WWII, numerous books (spy novels, biographies, and autobiographies), extensive travel reporting to the government from remote parts of Central Asia, and numerous friendships with such people as Winston Churchill, Josip Broz ‘Tito,’ Prince Charles, and the Queen Mother herself.

The University of Virginia Library acquired his papers in 1998, and they have been accessible to researchers ever since.  The collection, which contains correspondence, manuscripts, typescripts, newspapers, memorabilia, and many other kinds of artifacts, vividly tells the story of one man’s rise to the upper ranks of the British Foreign Service through talent, determination, and a sense of adventure.

One of many photographs of Maclean from across the scope of his lengthy career. This one dates approximately from the Second World War. (MSS 11487. Photo by Molly Schwartzburg)

Early career letters paint the portrait of a confident, adept worker—for example, a letter from an official with the British Foreign Service addressed to Maclean’s father praises the boy as quicker than other staff members and one to watch out for. Later letters talk of Maclean’s reassignments: first to Paris, then to Moscow—where he was given just under a year to master Russian in his own free time and on his own dime. Maclean did just that, and his skilled reporting on the political climate in Russia brought him recognition from British officials of the highest order. Winston Churchill himself decided in 1943 that Maclean would be dropped into Bosnia by parachute to work as the British representative to Yugoslavian dictator Josip Broz Tito. There, Maclean befriended the Dictator, reporting back to Churchill that Tito should receive British support for his anti-German war efforts. Maclean’s hard work in Yugoslavia remains one of his best-known legacies, and his original, Top Secret reports provide a first-hand look at his determined work ethic. The memos, written in a journalistic style and sent out as reports to the British government, helped British officials understand the culture and political climate of the area where Maclean was stationed. This was crucial work during the Cold War era, as Tito has been considered the brainpower behind the Non-Aligned Movement (NAM), a group of states which deemed itself “outside” either of the major Cold War power blocs. Maclean’s understanding of the Yugoslavian nation and mindset better informed Western Bloc leaders of how best to interact with the NAM’s most prominent member. 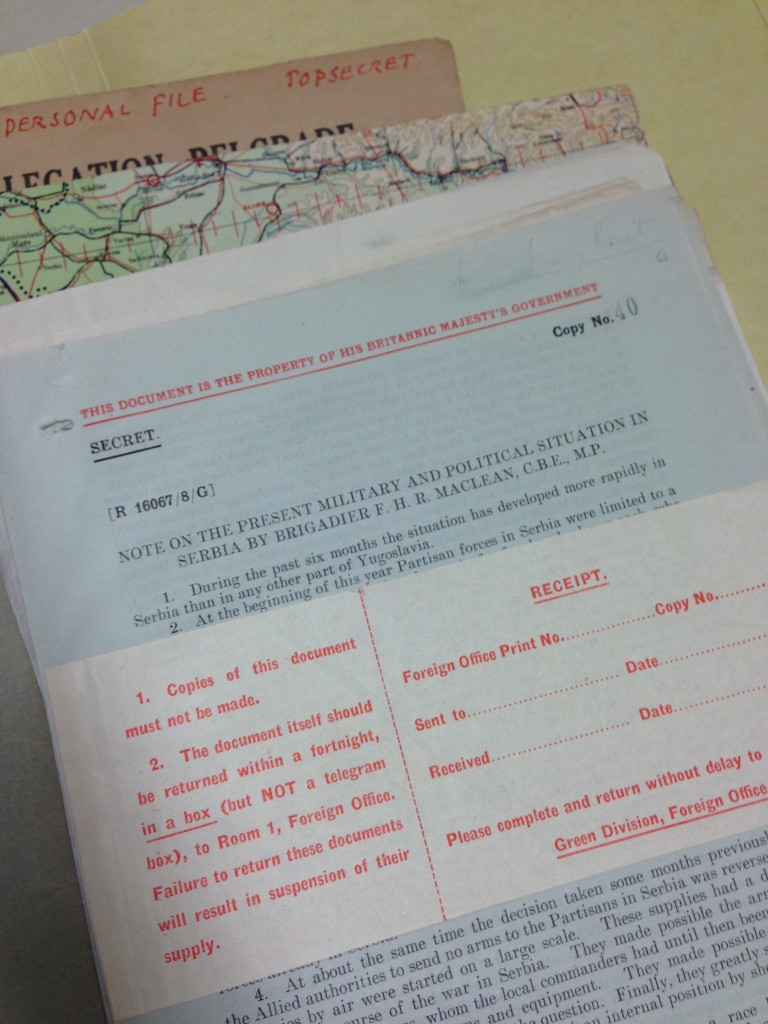 One of the many previously classified files in the Maclean Papers relating to his work in Yugoslavia; this one concerns the” military and political situation in Serbia,” ca. 1943-1945. (MSS 11487. Photo by Molly Schwartzburg) 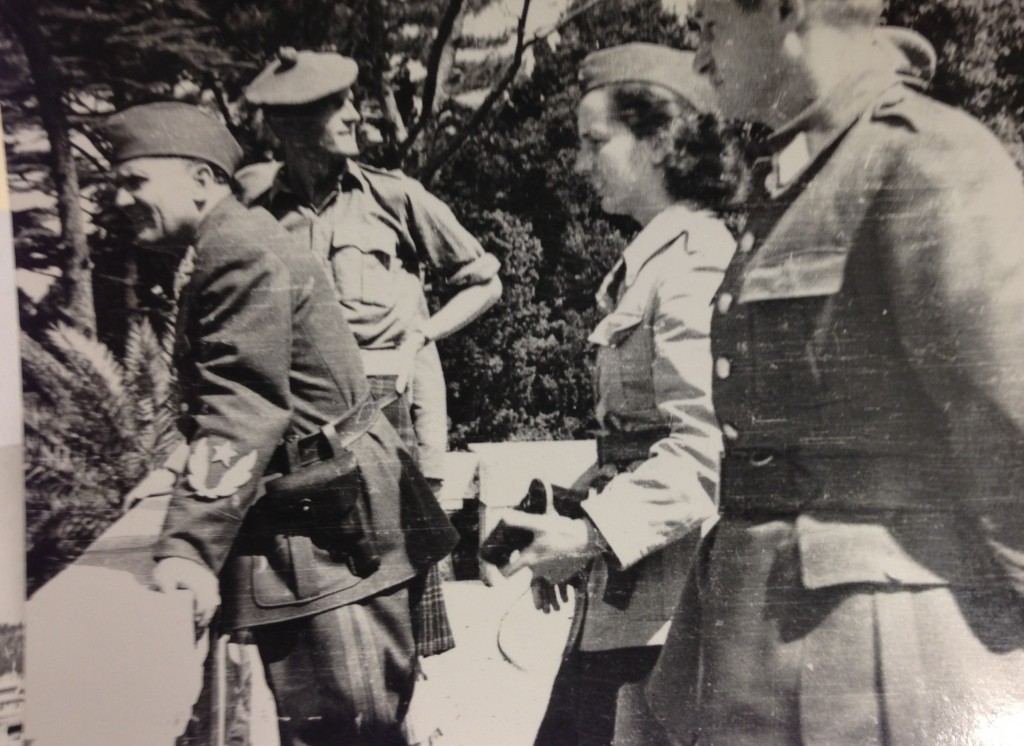 It is this same dutiful—and adventurous—spirit which has lead many to believe Maclean was the inspiration for Bond. Well, that and the fact Maclean and Ian Fleming were close personal friends. Their relationship is one of many stories told through the Papers. A photo of Maclean’s shows Fleming casually stirring a cup of coffee on a lazy afternoon in the countryside together (Box 79). Two letters from Fleming focus on Maclean’s own endeavors as a writer (he published the very successful, autobiographical book Eastern Approaches in 1949—four years before Fleming would publish his first Bond novel, Casino Royale). One of the letters, sent to Approaches publisher Jonathan Cape, shows that Fleming had read Maclean’s book carefully. He writes that Parts I & II of Approaches are “beautifully written and of absorbing interest,” and continues by advising Maclean to cut out sections in which he feels the Brigadier comes off too pompously. He concludes:

It is such a magnificent book and I have so much admiration and affection for Fitzroy that I would like him to avoid the criticisms which he will get from many who don’t know him as well as I do.

If it would be any help please don’t hesitate to show him this letter. I have no hesitation in being cruel with the intention of being kind!

Alas, I expect it is too late.

The letter shows that Fleming was not only acquainted with the details of Maclean’s personal life, he was fascinated by it. Perhaps fascinated enough that some of Maclean’s adventures seeped their way into Fleming’s own novels? 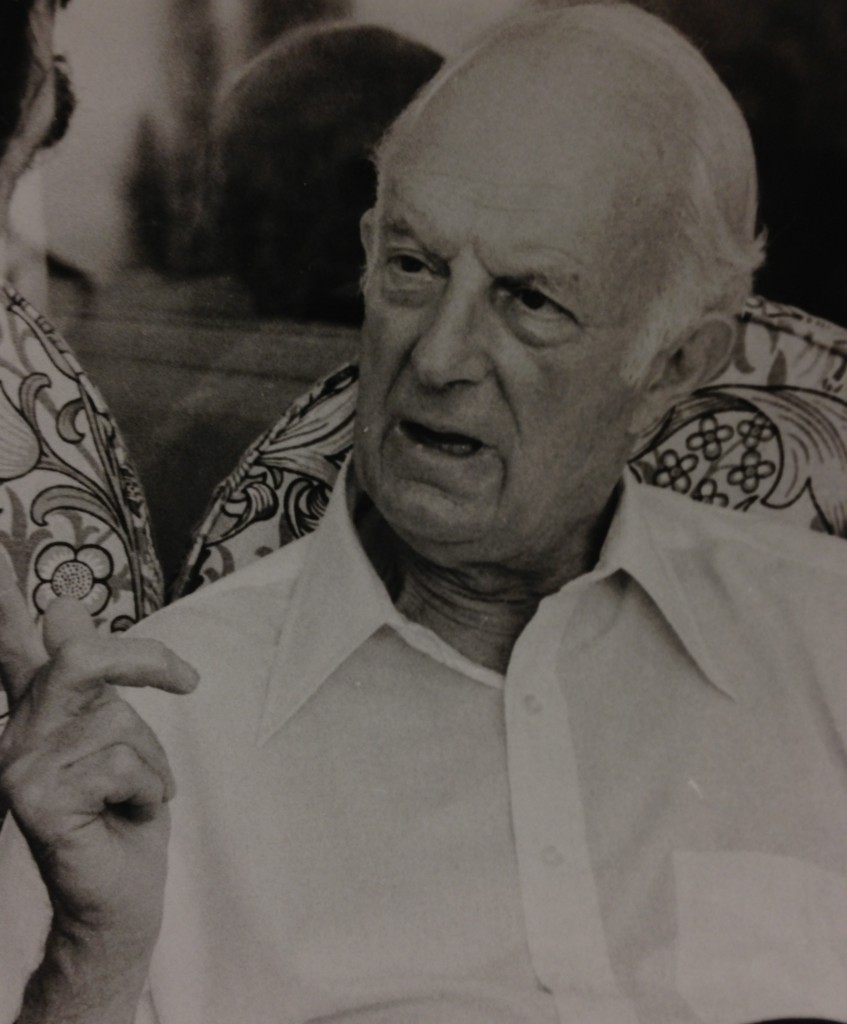 If James Bond ever grew old, he might look like this. In this 1983 snapshot, Maclean speaks to a reporter about his work in Yugoslavia. (MSS 11487. Photo by Molly Schwartzburg)

Of course, if we are to believe that Maclean was an inspiration for the character James Bond, his records should be chock-full of examples of a glamorous and cosmopolitan life. No “International Man of Mystery” archive could be complete without signed autographs from movie stars and personal thank you notes from the Queen Mother herself. It seems that Lauren Bacall actually introduced Maclean to a well-known American whiskey, writing on a small autograph card: “Here is that Jack Daniels I promised you — perhaps you will become addicted to it as I have. Enjoy it.” Did the ‘real’ Bond prefer bourbon and ginger to the infamous ‘martini, shaken not stirred’? 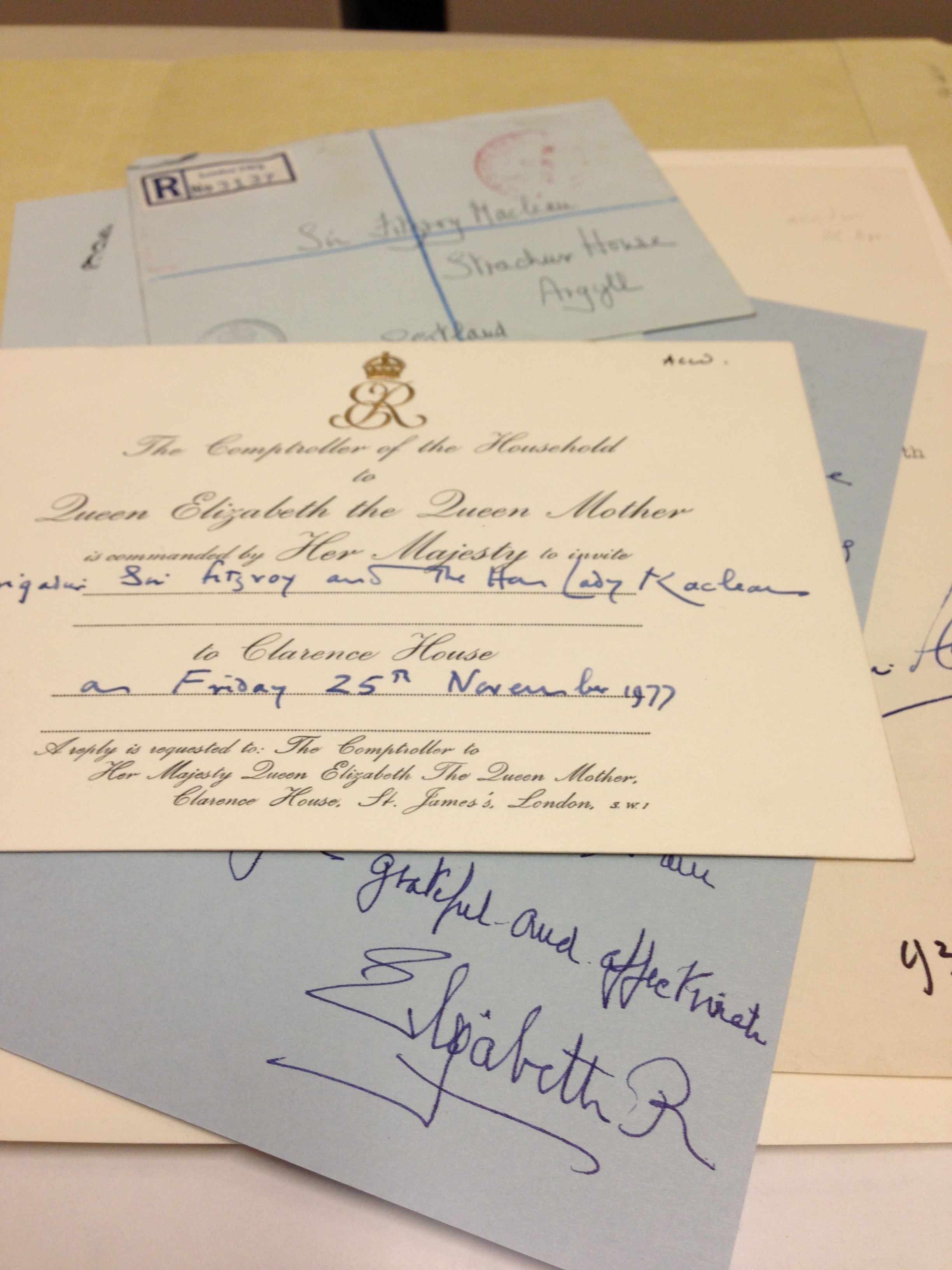 Letters and invitations to Maclean from members of the Royal Family. (MSS 11487. photograph by Molly Schwartzburg)

Also fascinating are several invitations from Prince Charles to come over for tea, and handwritten notes from Queen Elizabeth thanking him for the gift of a rhododendron plant and one of his very own ‘spy story’ collections, Take Nine Spies. In Box 4 of the Papers, on a handwritten note dated July 17th, 1978, the Queen Mother writes:

Dear Sir Fitzroy, It was so very kind of you to give me a copy of your absorbing and fascinating book, “Take Nine Spies,” and I have enjoyed reading it more than any book that I have read for years. What research it must have entailed, the dates and the details and the personalities are legion, making each spy story unwind better than the most exciting detective thriller — what an anxious and desperate life it must be, to be a spy! They none of them seem to be at all happy! Thank you so much indeed for your kindness in giving me such a delightful gift, and for giving me such pleasure. With my love to Veronica, and I hope that you will both come again to Royal Lodge, I am, ever yours sincerely, Elizabeth R

As fun as it is to sleuth-out whether Bond is based on the real-life Maclean, there’s not too much detective work that needs to be done: The Papers’ impressive breadth tells the story well. The real value of the Papers is the insight they provide into an era contemporary historians continue to study with avid interest. Such a vast source of primary documents and once-classified information is of high value as we continue to evaluate and analyze the legacy of The Cold War. With Cold War-era motifs like espionage being continually showcased in today’s pop culture—think Archer, Mad Men, and the latest Bond installment, Skyfall—it’s truly impressive to be able to learn about a real-life soldier whose quick wit and hard work brought him adventure in a time of great political strife. Professor, scholar, historian, and pop culture junkie alike will find something of interest in the paper trail left behind by one Sir Fitzroy Maclean.