Yesterday, Kirt von Daacke, history professor and former Special Collections student employee, and his HIUS 4501: Slavery & Social Life at Early U.Va. researched through some of our most treasured, old, and fragile University Archives materials.  They pored through these early records, which document the founding, building, and day-to-day management of U.Va.  These early records include Board of Visitors minutes, faculty chairman journals, faculty minutes, letters from Thomas Jefferson’s descendants, proctor’s ledgers, etc.  So what do these records have in common?  The threads of a slave economy run through them.

One student was doing preliminary research on the University’s practice of hiring out slaves for labor.  He searched through the proctor’s ledgers (proctor’s ledgers show evidence of financial transactions) and found many kinds of payments, including purchases of stoves, fees for brick work, and the hiring out of slaves.  Although challenged by the stylized script of the time, the student found several entries related to his topic in the February 12, 1820 labor account.  Lines 4 through 8 from the top of part of the ledger page, below, show the University paying a Boxley, Nu[nce], Sandridge, and Barksdale for the hiring of negroes.  Incidentally, N[elson] Barksdale was a University employee, so it appears that the University may have been getting enslaved workers owned by their employees.  These enslaved workers likely worked on crews, building the University.

The student not only learned about the topic he was researching, but gained insight into the materials and methods of primary research scholarship. 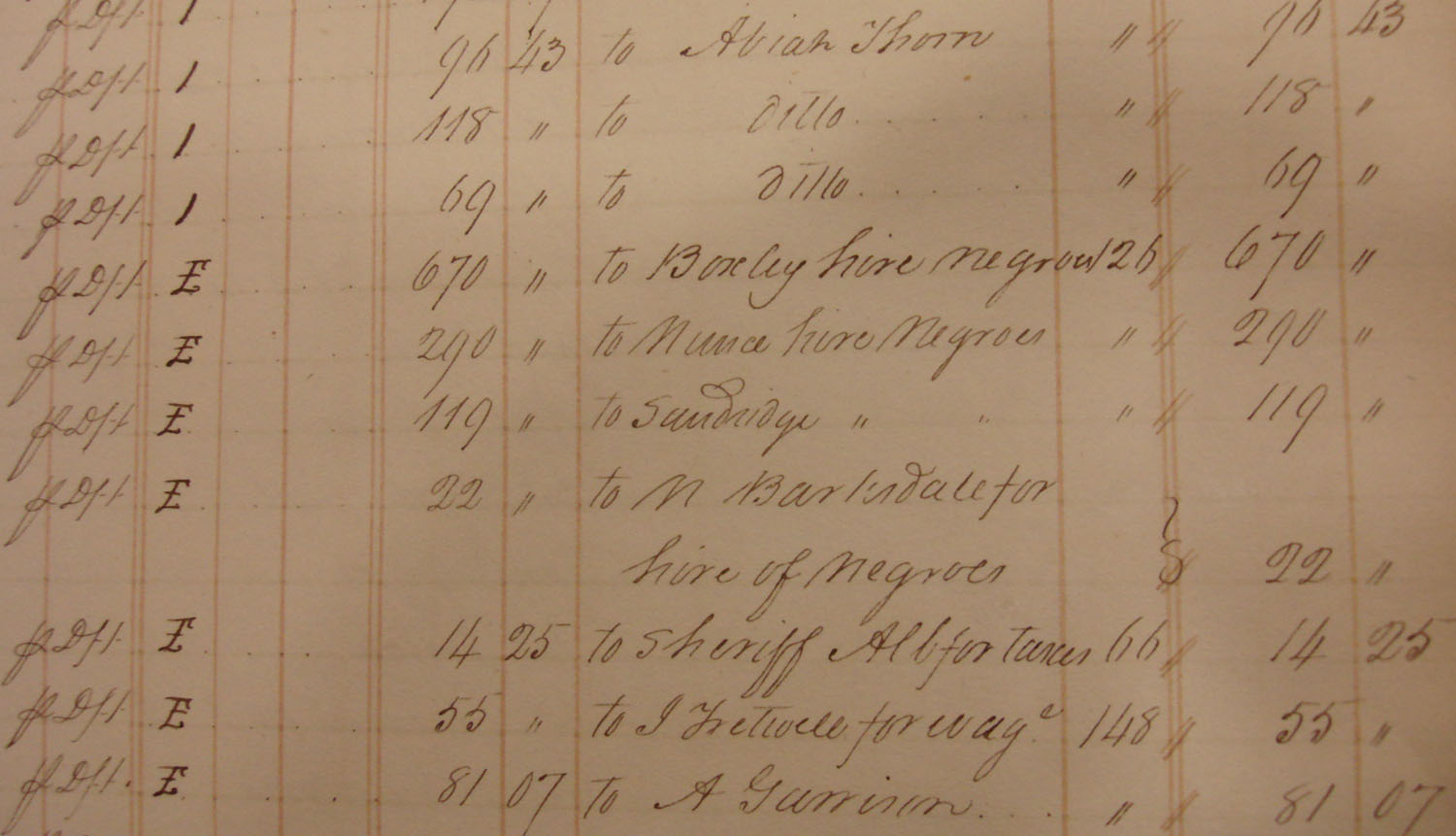