Four notable annual winter festivals with similar secular and religious origins often coincide in December. Today, we celebrate Winter Solstice (10,000 BCE), also known as Midwinter, has been observed by a variety of cultures throughout much of recorded history.

Alongside Hanukkah, Christmas, and Kwanza, these diverse festive holidays evoke time-honored universal values through feasts, gift-giving, decorations, worship, and music. This presentation of select festival holdings in the University of Virginia’s Albert and Shirley Small Special Collections Library is curated by Reference Librarian Regina Rush with contributions by Research Archivist Ervin Jordan and will continue over the holiday season to rekindle treasured holiday memories—and optimism—during these stressful times.

In 1927, British publisher Faber and Gwyer (later Faber and Faber) introduced a series of illustrated poetry poems written by various major authors and illustrated by prominent artists of the period. Contributors to The Ariel Poems series include Thomas Hardy, T.S. Eliot, and Edith Sitwell. T.S. Eliot’s 1927 poem Journey of the Magi was number eight in this series and written shortly after his conversion to Anglo-Catholicism. Marketed as Christmas cards, each pamphlet featured a writer who wrote about Christmas or a seasonal theme. Published in two series, the first run consists of 38 pamphlets published between 1927-1931; the second series was published in 1954 with only 8 issues. 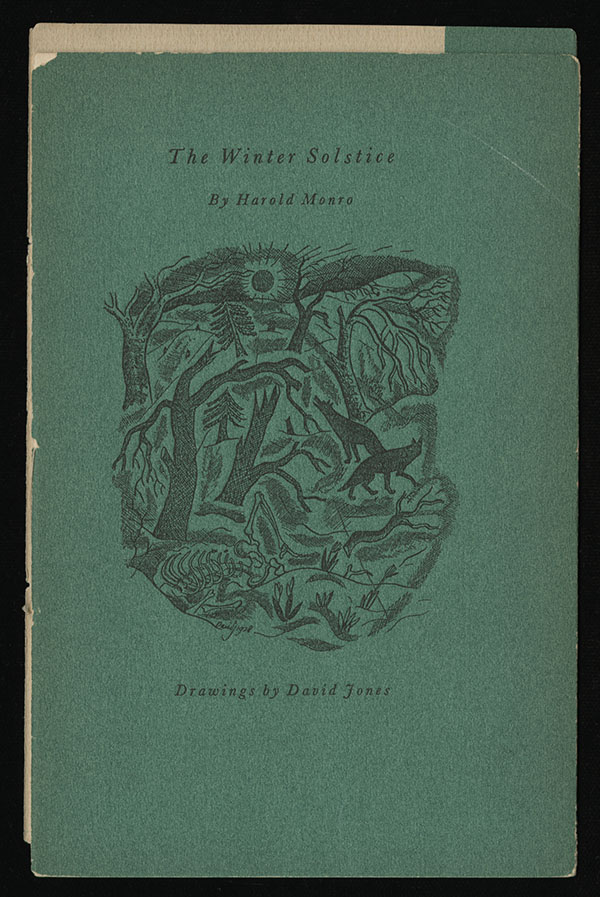 Cover of The Winter Solstice

The Winter Solstice, written by poet Harold Monro and illustrated by poet/artist David Jones was the thirteenth of the first Ariel Poems series. This poem’s four stanzas are accompanied by two illustrations: a black and white illustration on the cover; another in color. The shadings of black around the perimeter of the color illustration represent the long bleak winter days to come. The center of the drawing embodies the warmth and celebratory “eat, drink, and be merry” overtone that follows a successful harvest. Images of a burning yule log and the gathering of wood and other provisions hint at the needed preparations to survive the cold months ahead. The streaming rays of sun in the background let the revelers know warmer and more fruitful days will follow this midwinter night. 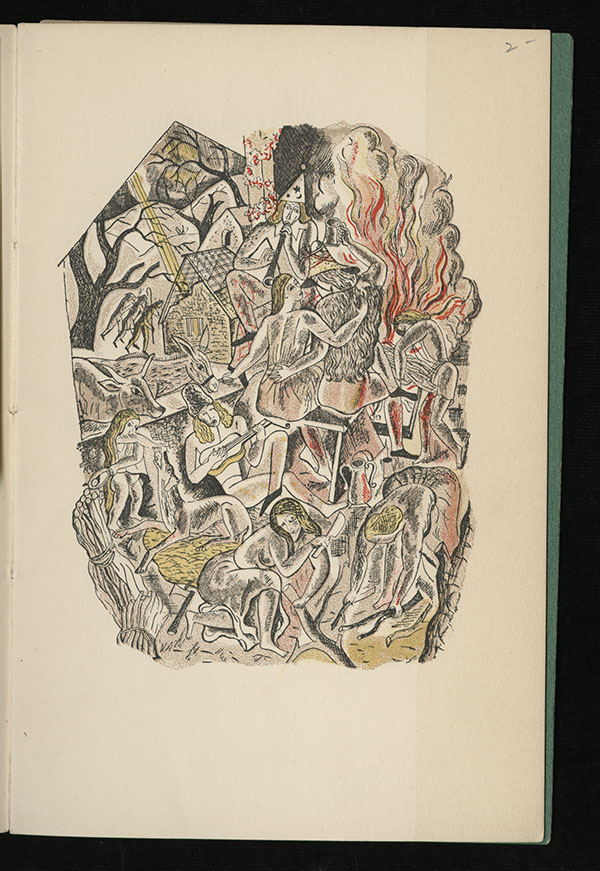 The poem is accompanied by an illustration by David Jones. Like solstice, the dark and long, bleak winter scenes are juxtaposed by warm and celebratory “eat, drink, and be merry” overtones that follow a successful harvest. A burning yule log and the gathering wood and other provisions hint at the needed preparations to survive the cold months ahead. 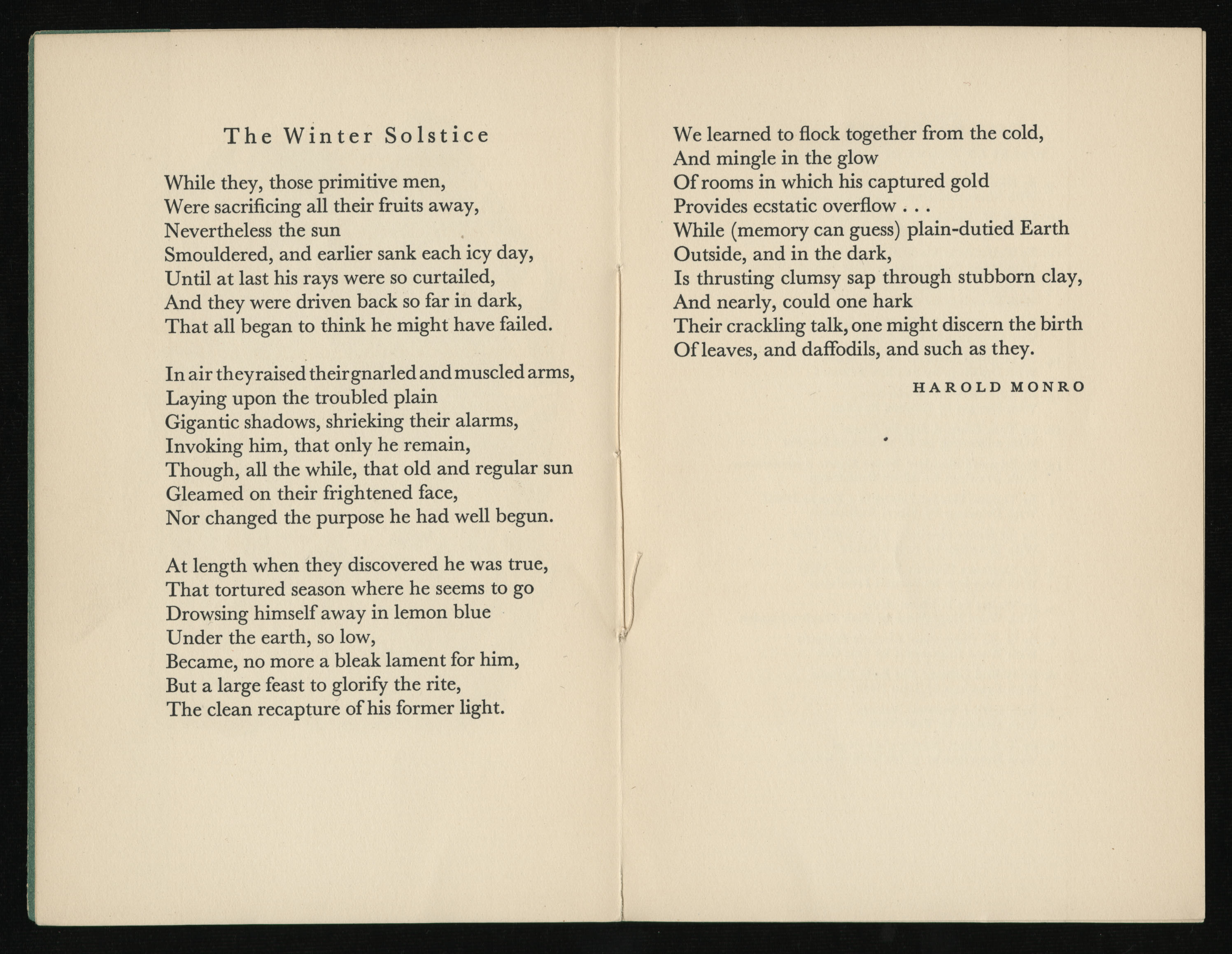 Marketed as Christmas cards, each pamphlet in The Ariel Poems featured a writer who wrote about Christmas or a seasonal theme. Harold Monro wrote The Winter Solstice, published in 1928.