We are almost at the half-way mark with today’s letter: 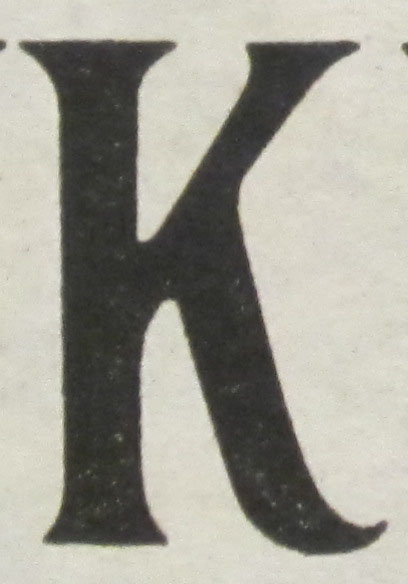 K is for “1908” Classic “Plug,” which is one of 75 alphabets represented in Frank H. Atkinson’s Atkinson Sign Painting up to Now: A Complete Manual of Sign Painting. Chicago: Frederick J. Drake & Co., 1915 (not yet catalogued. Gift of Nicholas Curtis. Photograph by Petrina Jackson)

We have Paul E. Rieger, U.Va. Class of 1955, to thank for our Kafka collection.   In 1980, the Ohio native donated his collection of 300 books by and about Franz Kafka to the Library. The gift includes German, British, and American first editions, first appearances in periodicals, opera scores, and criticisms. 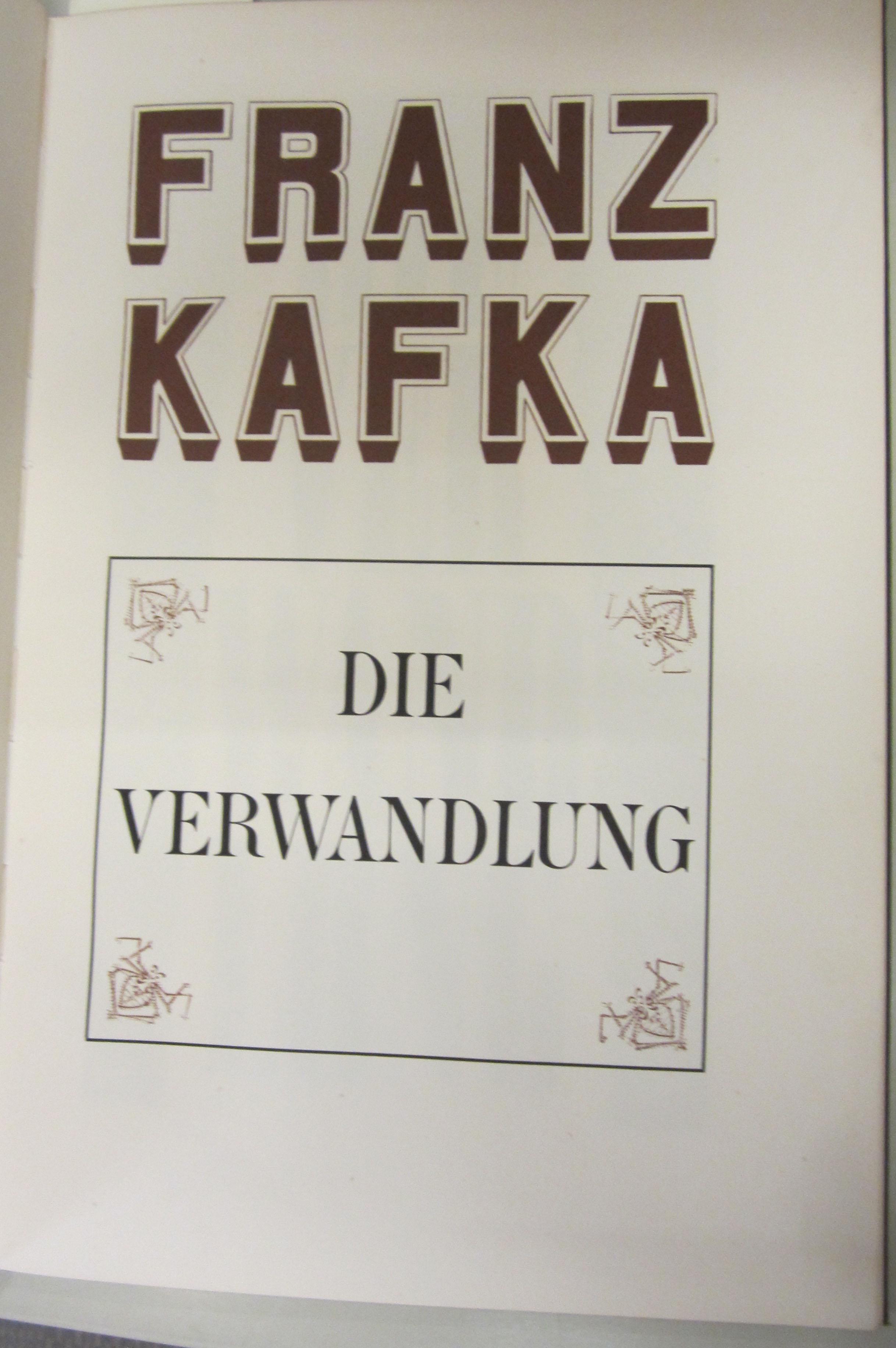 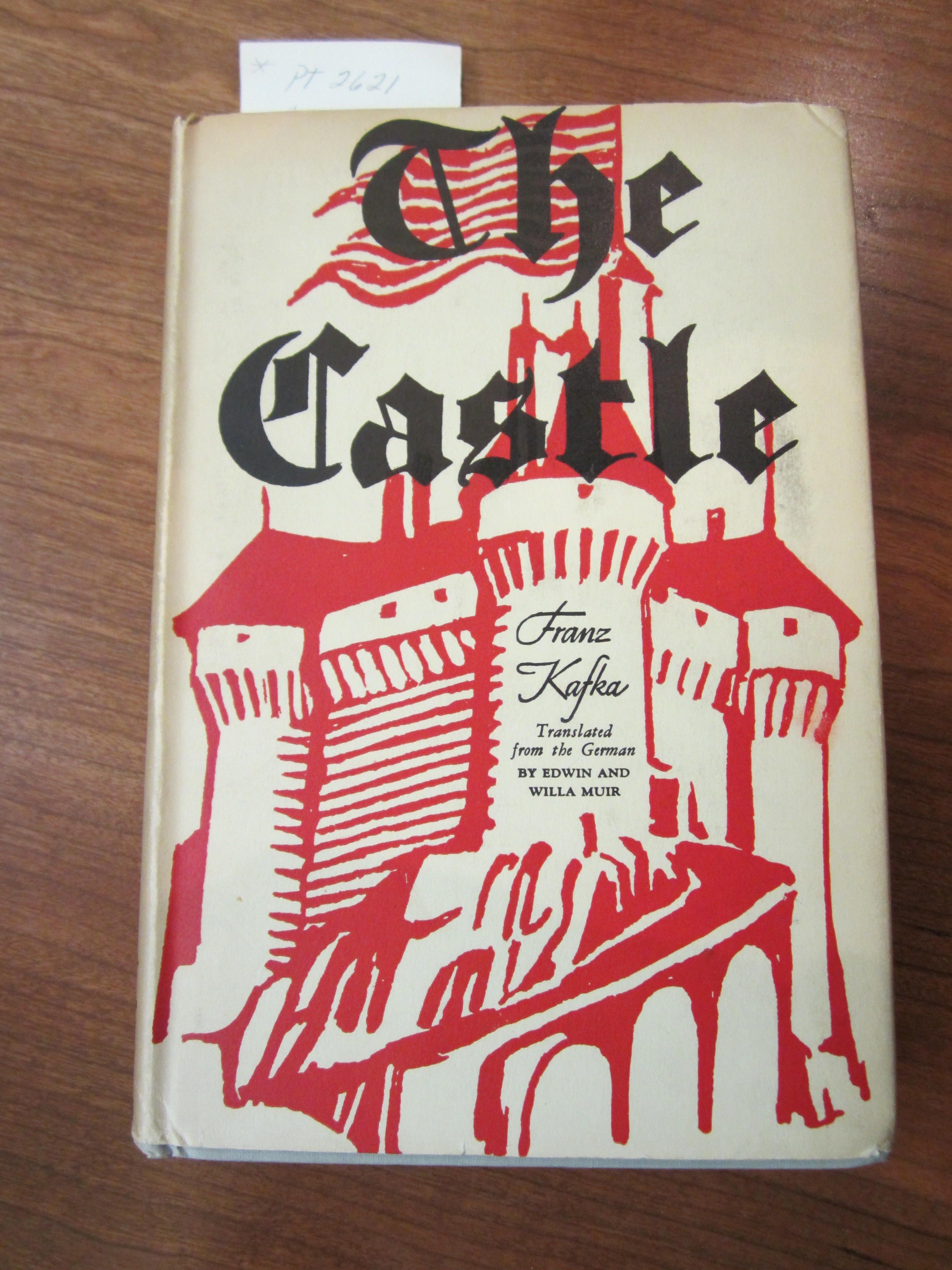 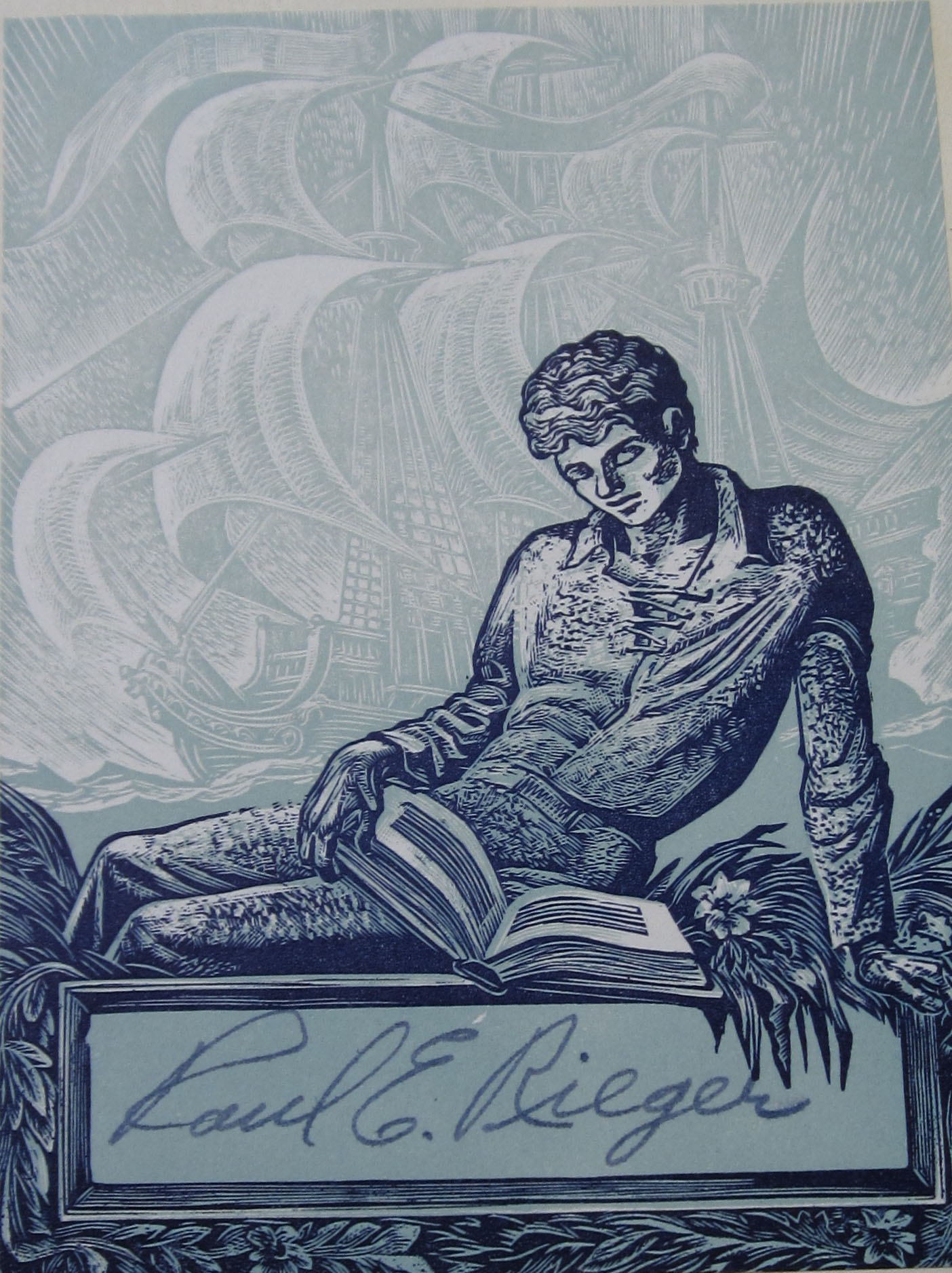 K is for Kanawha

On October 24, 1861, citizens of 39 western Virginia counties approved a resolution to form a new pro-Union state, to be called Kanawha. A convention met in Wheeling late in 1861 to draft a constitution for the new state. Many of the delegates did not like the name “Kanawha” and after lengthy debate, the name “West Virginia” was selected for the assemblage of 50 former Virginia counties. Once the contentious issue of the new state’s name was decided, slavery was the remaining controversial issue. West Virginia was not conceived as a free state. Instead of an outright ban, the new constitution stated: “No slave shall be brought, or free person of color be permitted to come into this State for permanent residence.” 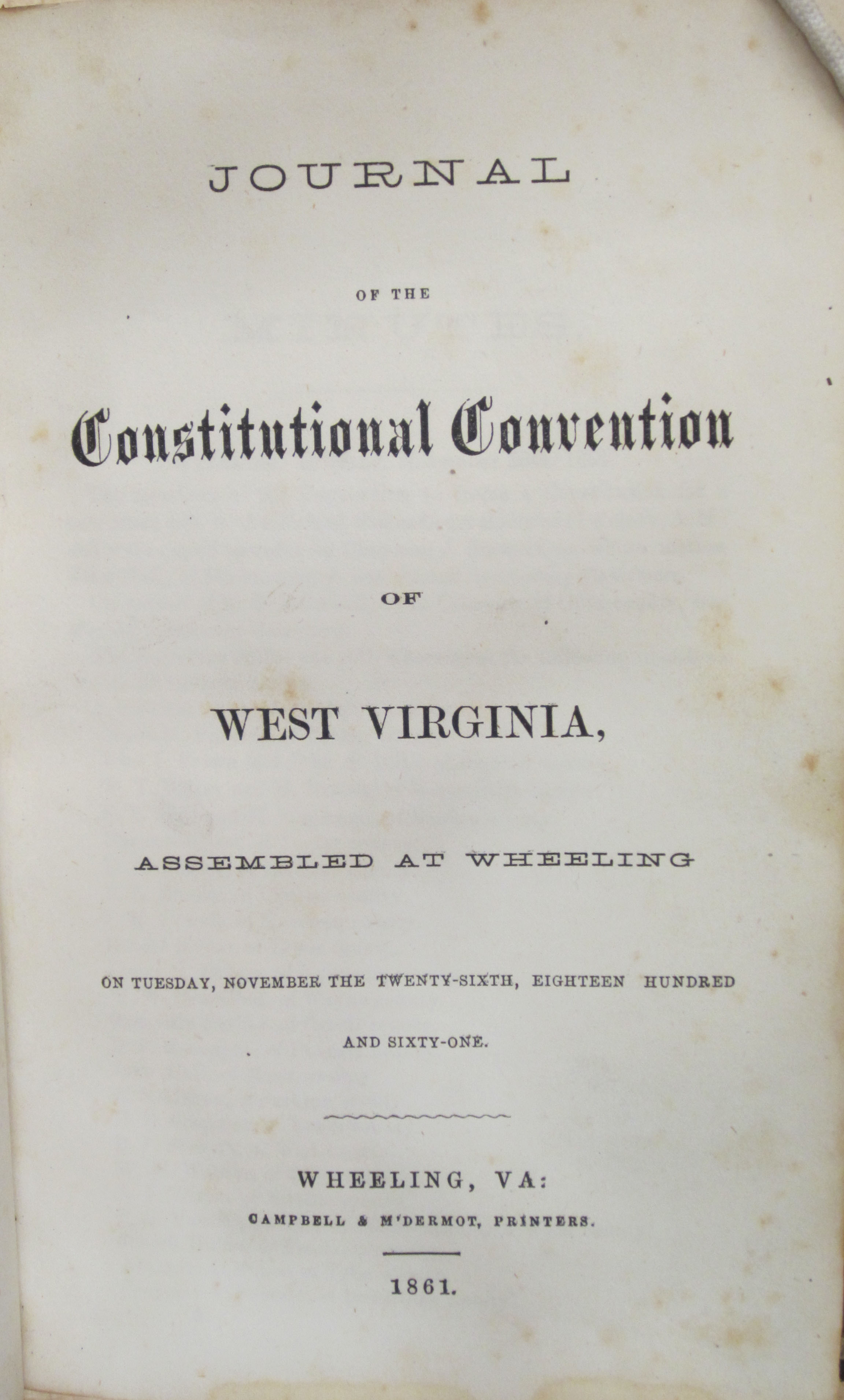 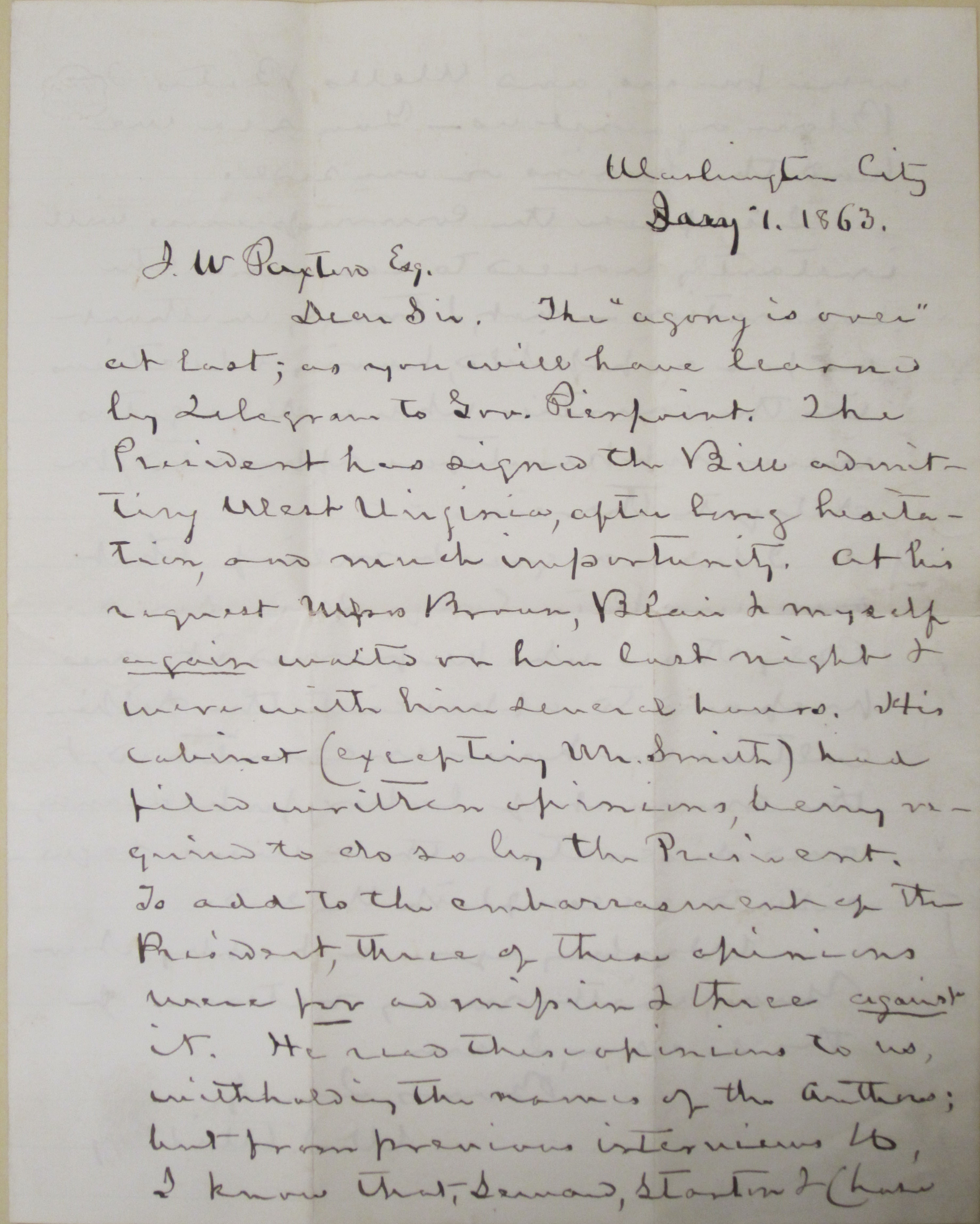 W. T. Willey [Washington, DC] letter to J. W. Paxton [Wheeling, W. Va.], announcing the “agony is over” and President Lincoln has signed the bill admitting West Virginia, January 1863. Willey was the first United States Senator from West Virginia; delegate to the Virginia Convention, 1861, voting against secession; and author of the Willey Amendment, a compromise on the question of freedom for West Virginia slaves that assured West Virginia’s acceptance into the Union. (MSS 15234. Purchased by Associates Endowment Fund 2011/2012. Photograph by Petrina Jackson) 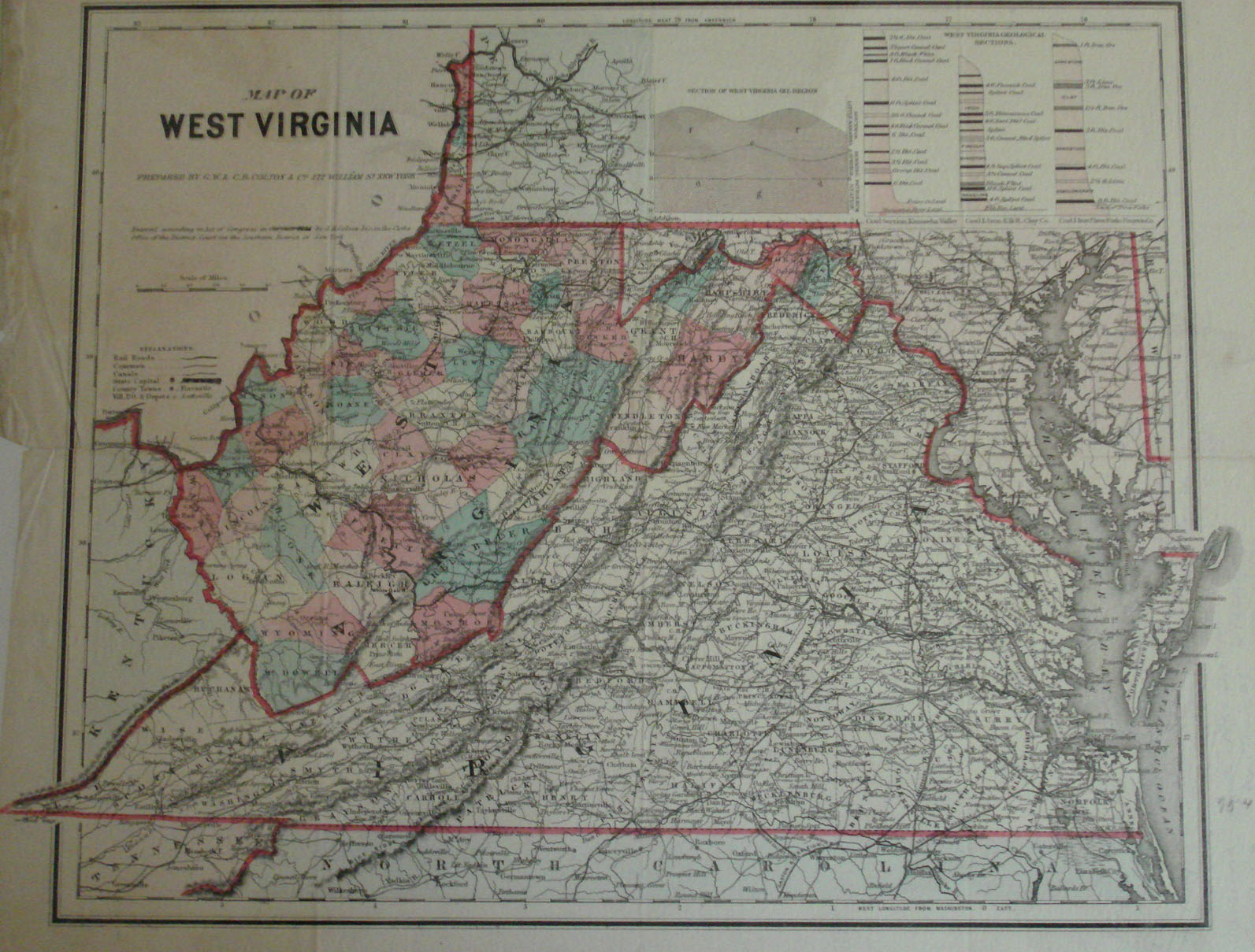 Map of West Virginia, 1863. The base map is J.H. Colton’s “Virginia” map (version of the map including McDowell, but not Webster counties), with 1855 copyright date and the identification of “Richmond” as State Capital blacked out with printer’s ink. Virginia is still included on the sheet, but is not colored. There are two insets: Section of West Virginia Oil Region and West Virginia Geological Sections. (G3890 1863 .C6. Photograph by Petrina Jackson)

K is for Bob Kaufman

Bob Kaufman was a leading figure in the San Francisco poetry scene during the Beat and Psychedelic eras. Kaufman, a poet in the oral tradition, was often seen reciting his poems on the street, in coffee houses, and at musical events. Only at the insistence of his wife did he put some of his verse to paper. A Buddhist and a jazz aficionado, Kaufman was one of the founders of the influential poetry magazine, Beatitude. 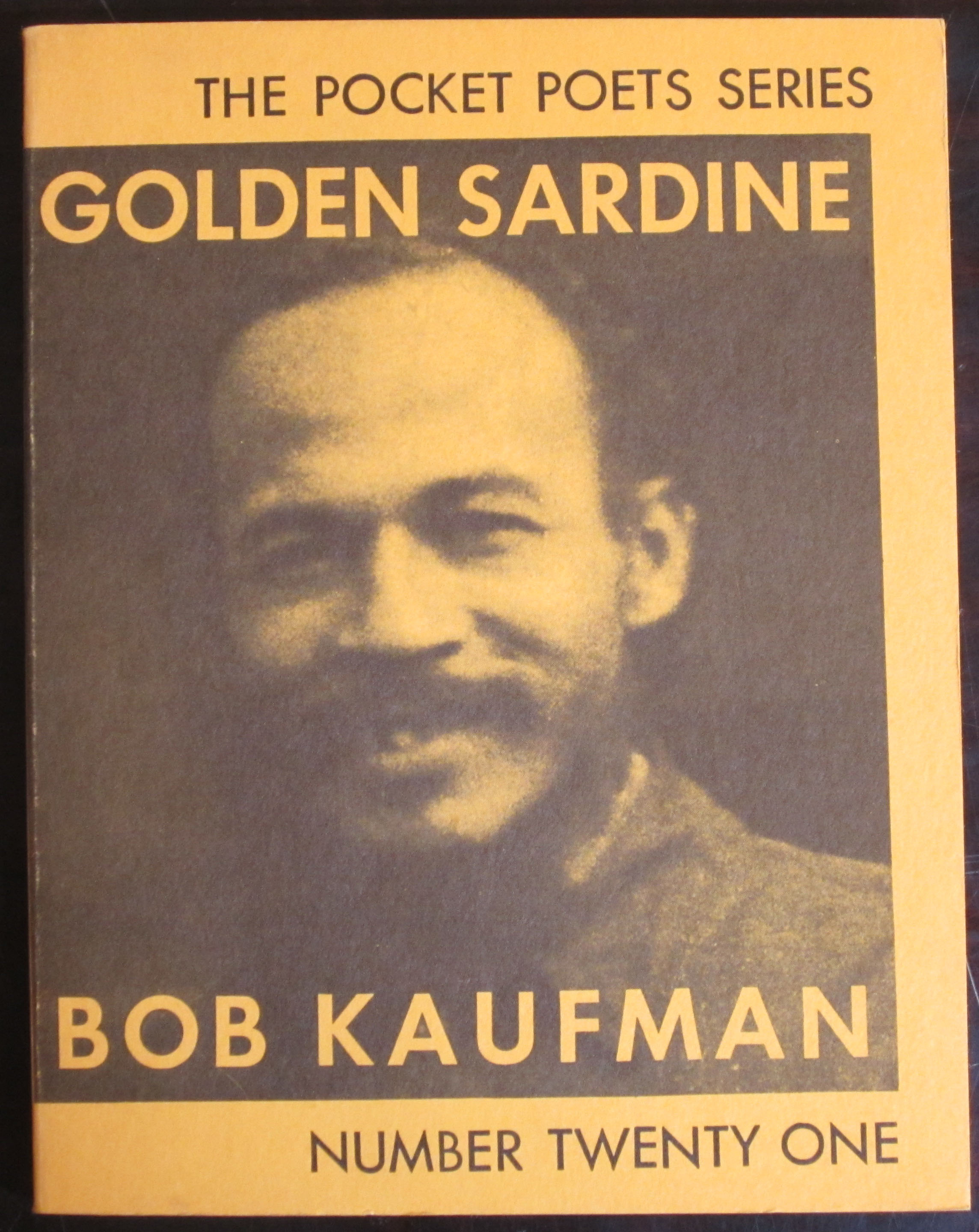 Bob Kaufman on the cover of his book of poetry, Golden Sardine from the Pocket Poets Series, 1967. (PS3521 .A7265G6 1967. Marvin Tatum Collection of Contemporary Literature. Photograph by Petrina Jackson) 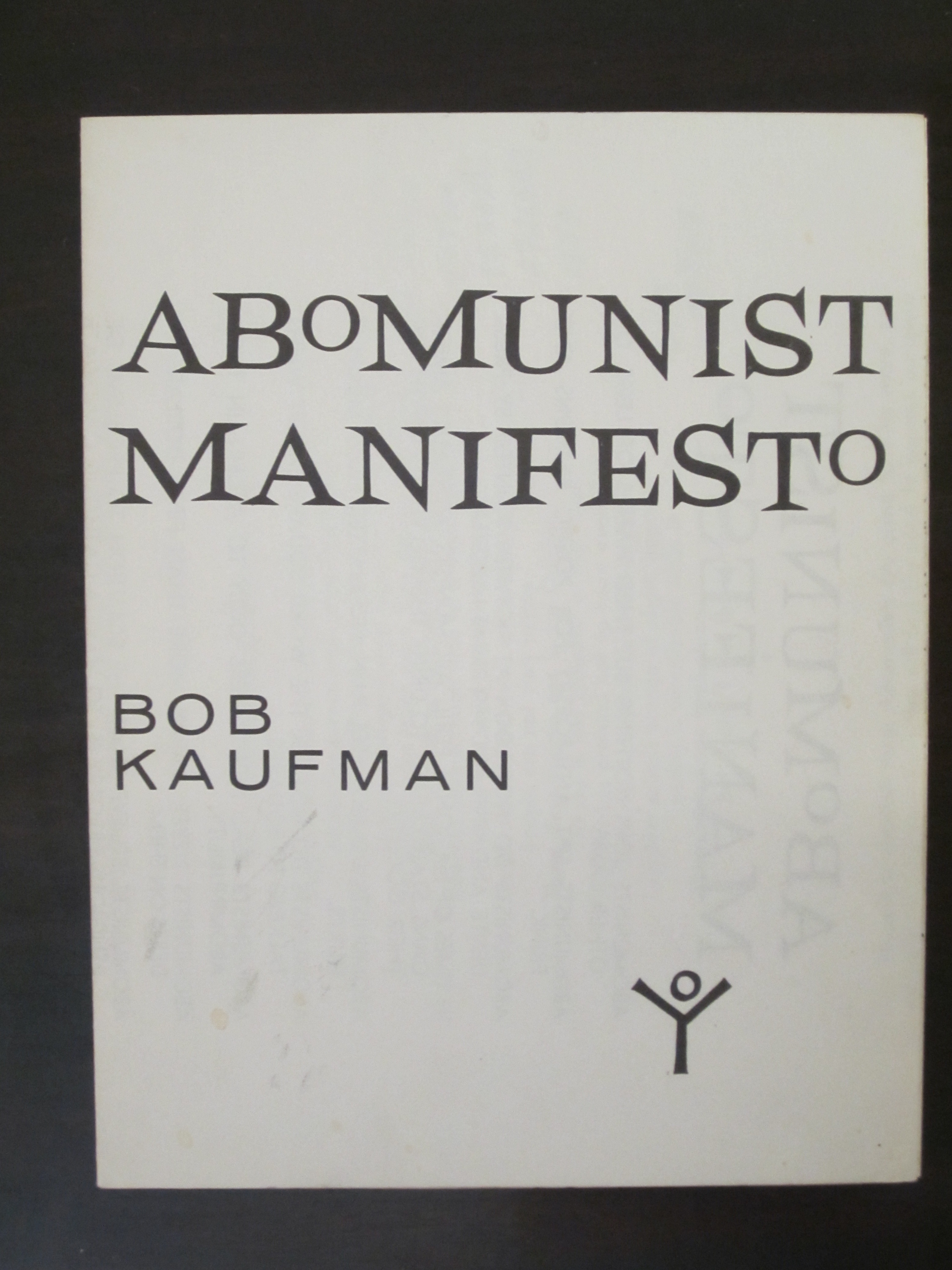 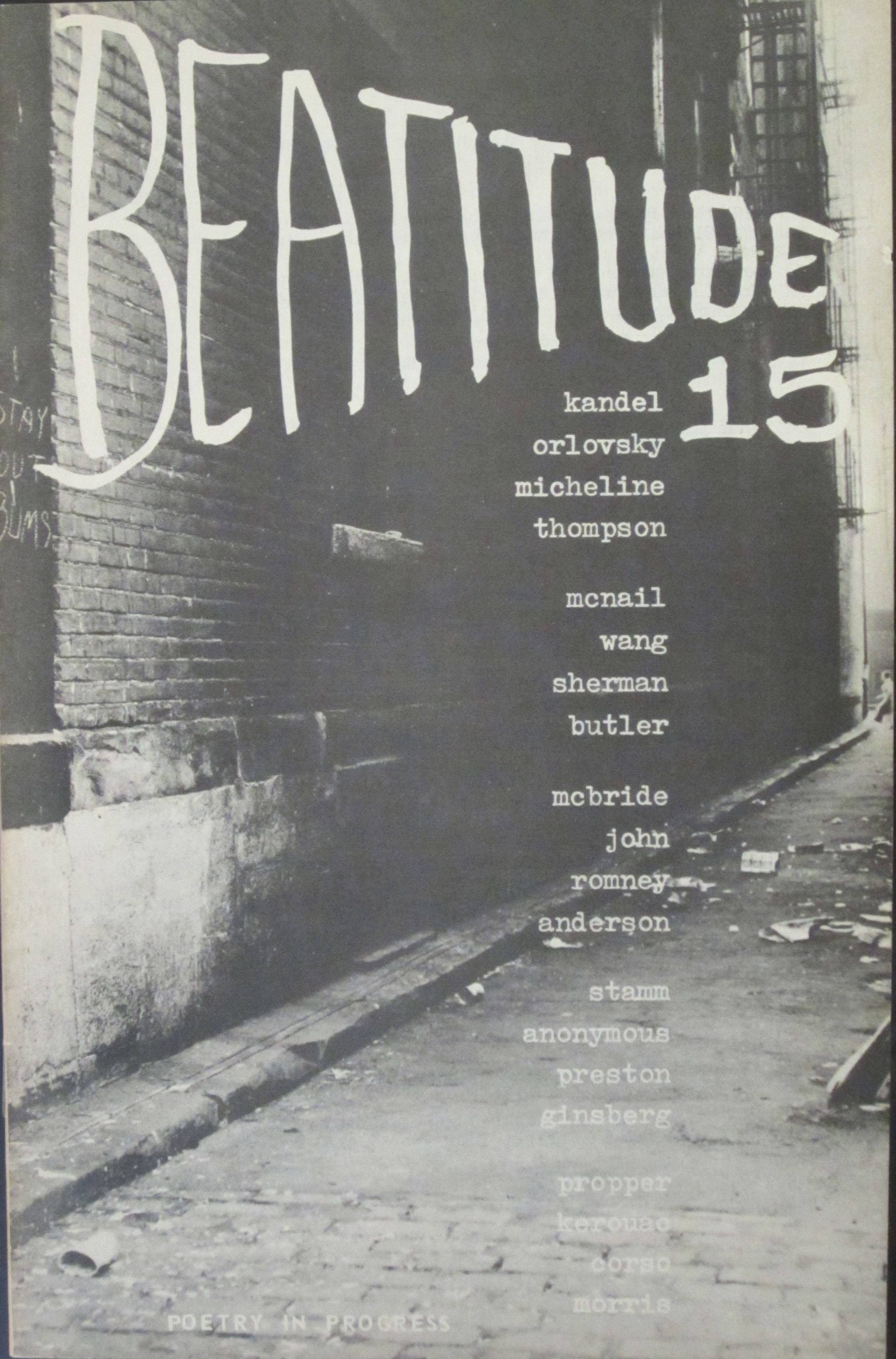 K is for Kennedy

1958 was a memorable year for the University.  John, Jackie, Edward and Robert Kennedy visited U.Va. to attend a celebration, the first Law Day.  The highlight of the day was a speech by then Senator John F. Kennedy to a large crowd gathered at Alumni Hall.  At this time Ted was a second-year law student, following in the footsteps of his brother Robert, who graduated from U.Va.’s Law school in 1951. 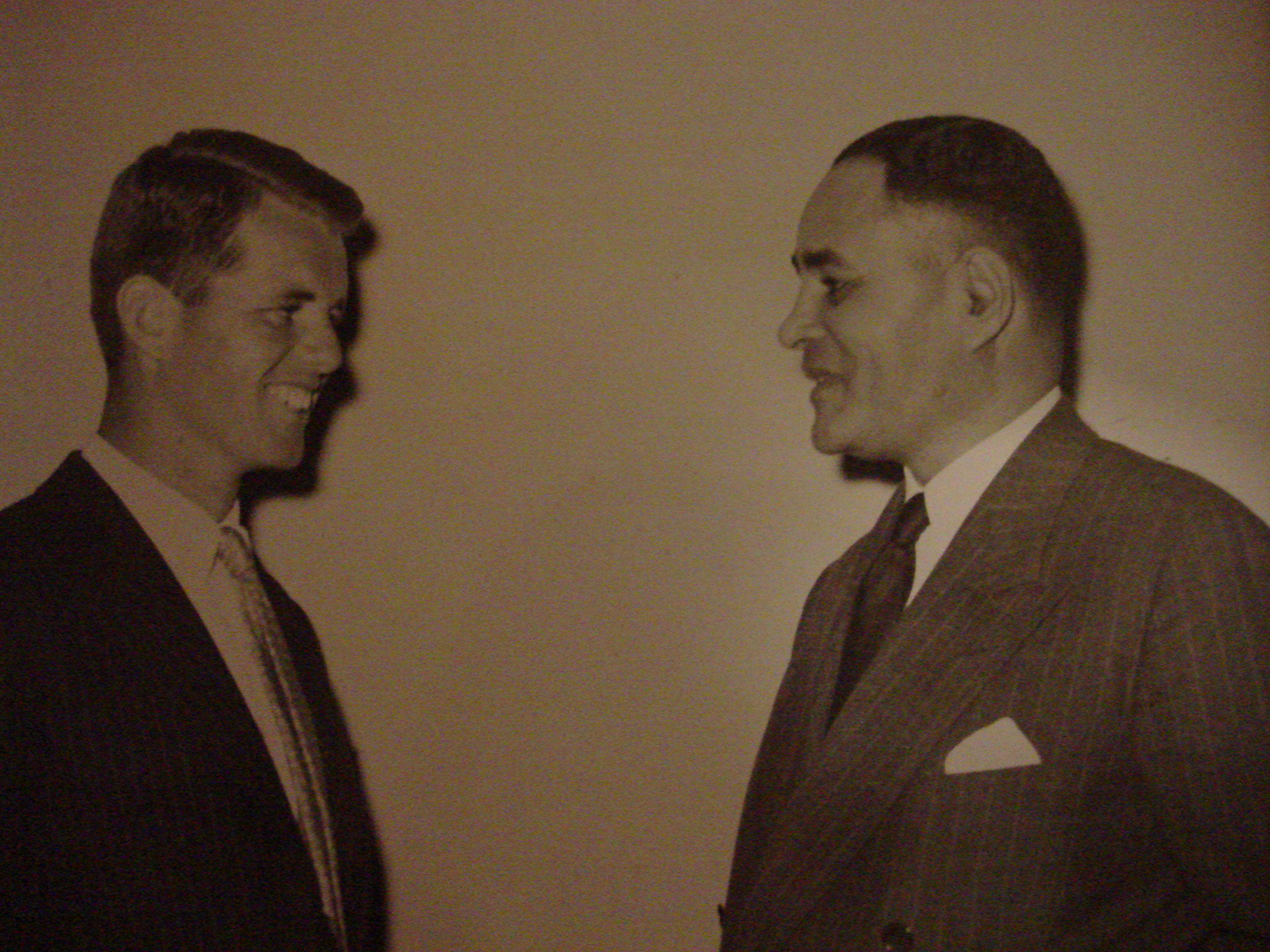 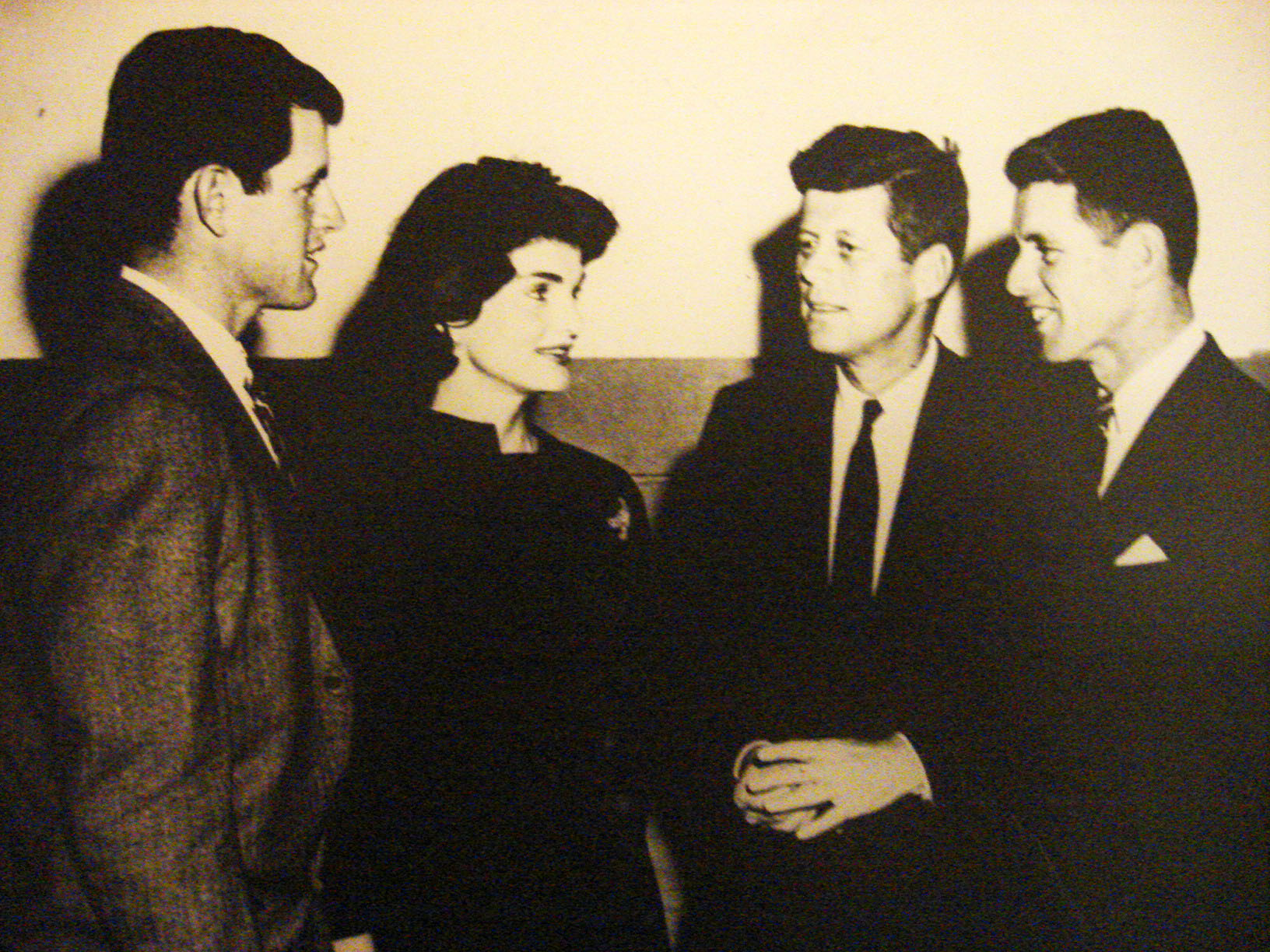 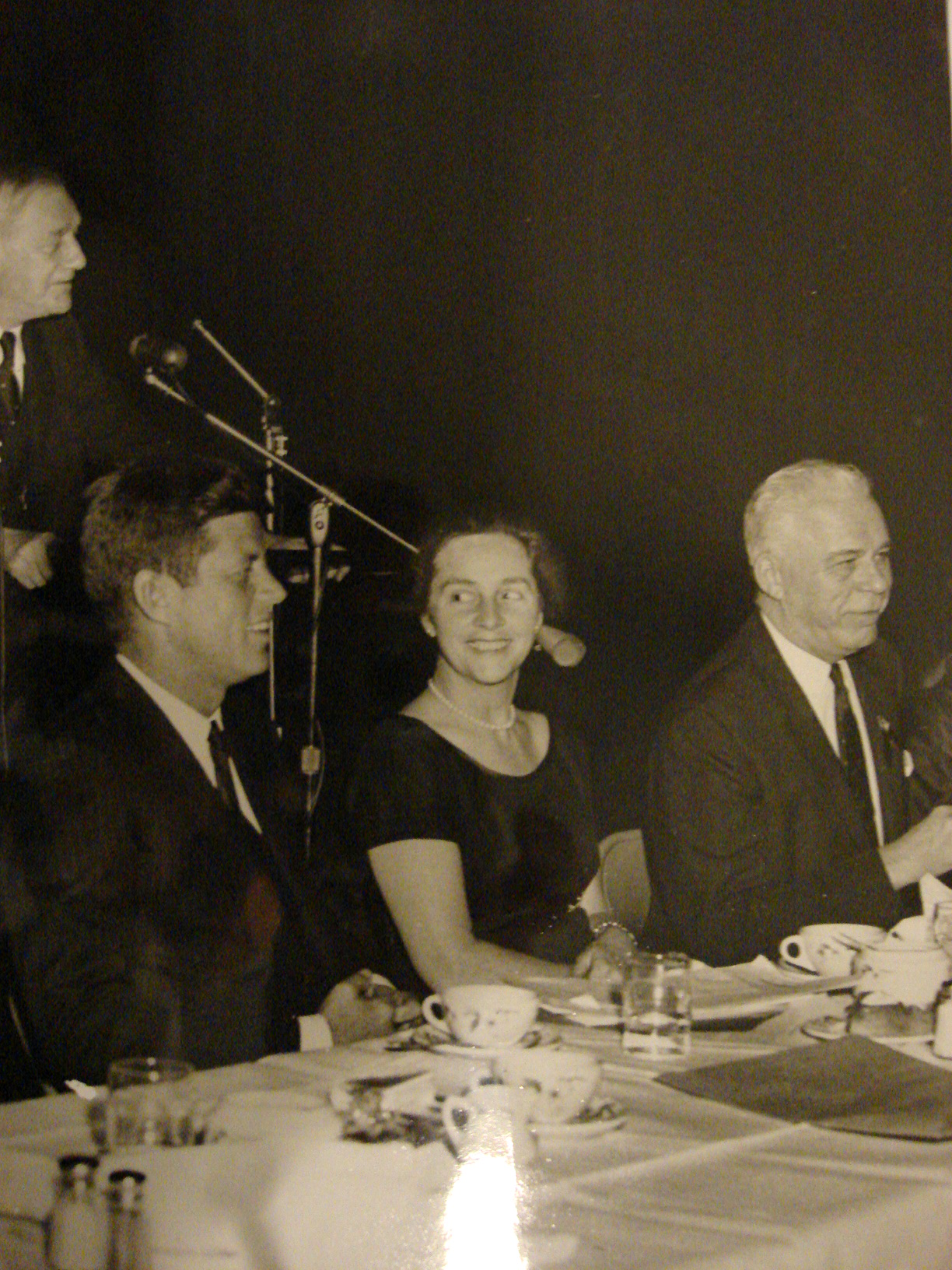 K is for Frances Parkinson Keyes

Best-selling novelist Frances Parkinson Keyes (pronounced “Kize”) was born in Charlottesville, Virginia in 1885, to UVA professor and chairman of the Greek Department, John Henry Wheeler, and his wife Louise Fuller Johnson Wheeler.  Keyes went on to become the wife of a US senator and a prolific author.  Her over fifty novels, many set in the South, sold millions of copies during the mid-twentieth century.  The Papers of Frances Parkinson Keyes, MSS 3923, etc., in the Albert and Shirley Small Special Collections Library were a gift from the author to the Library in the 1960s. 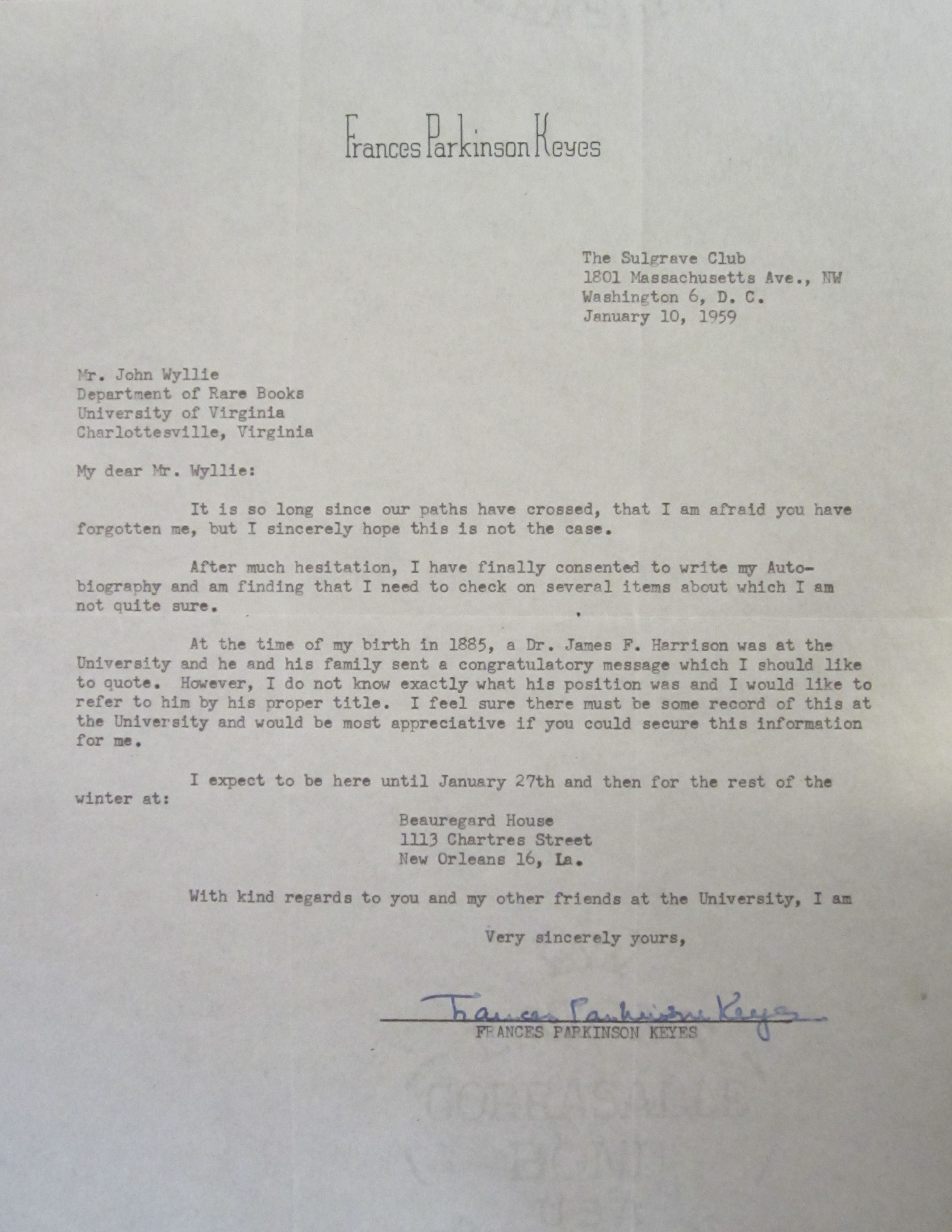 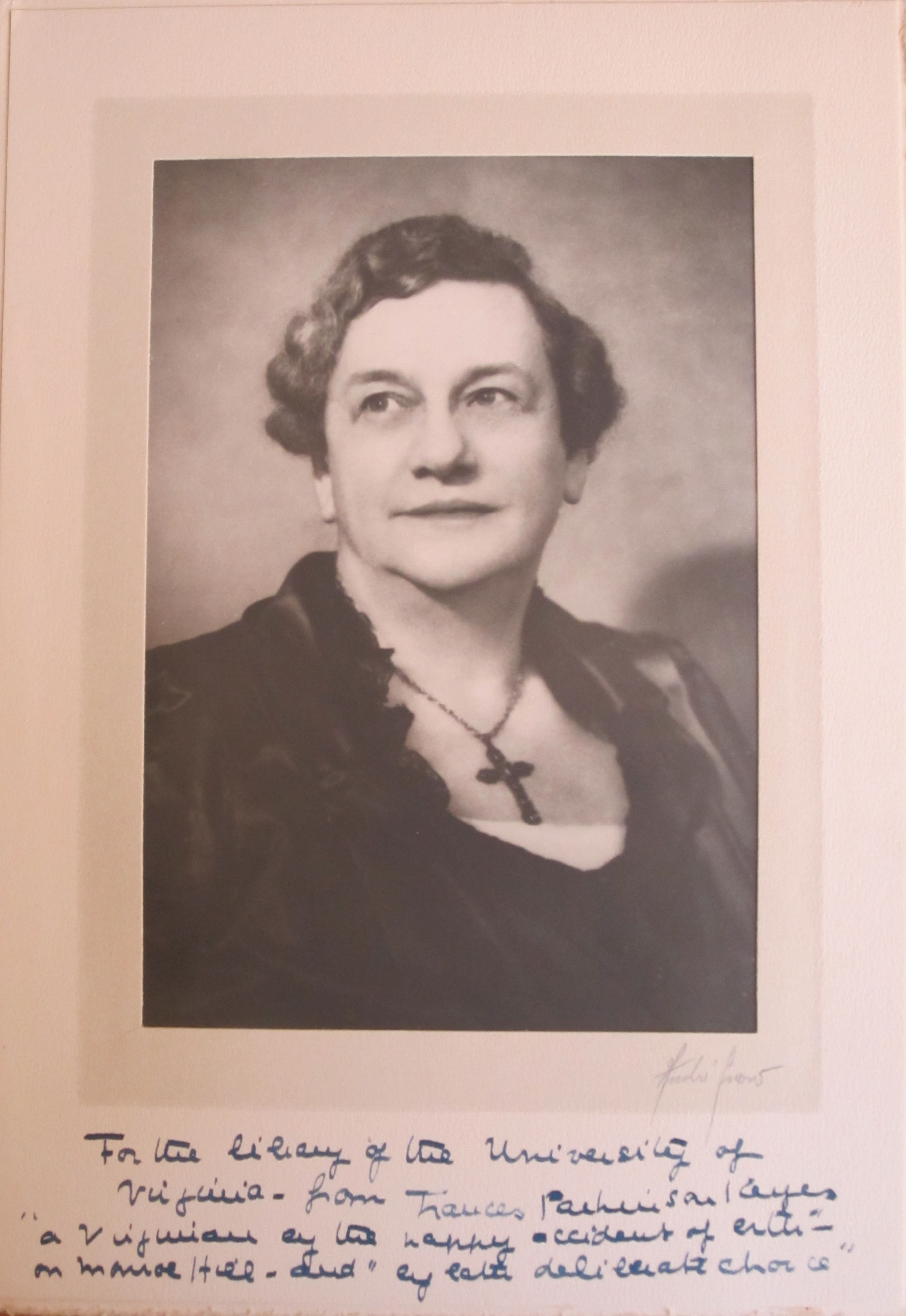 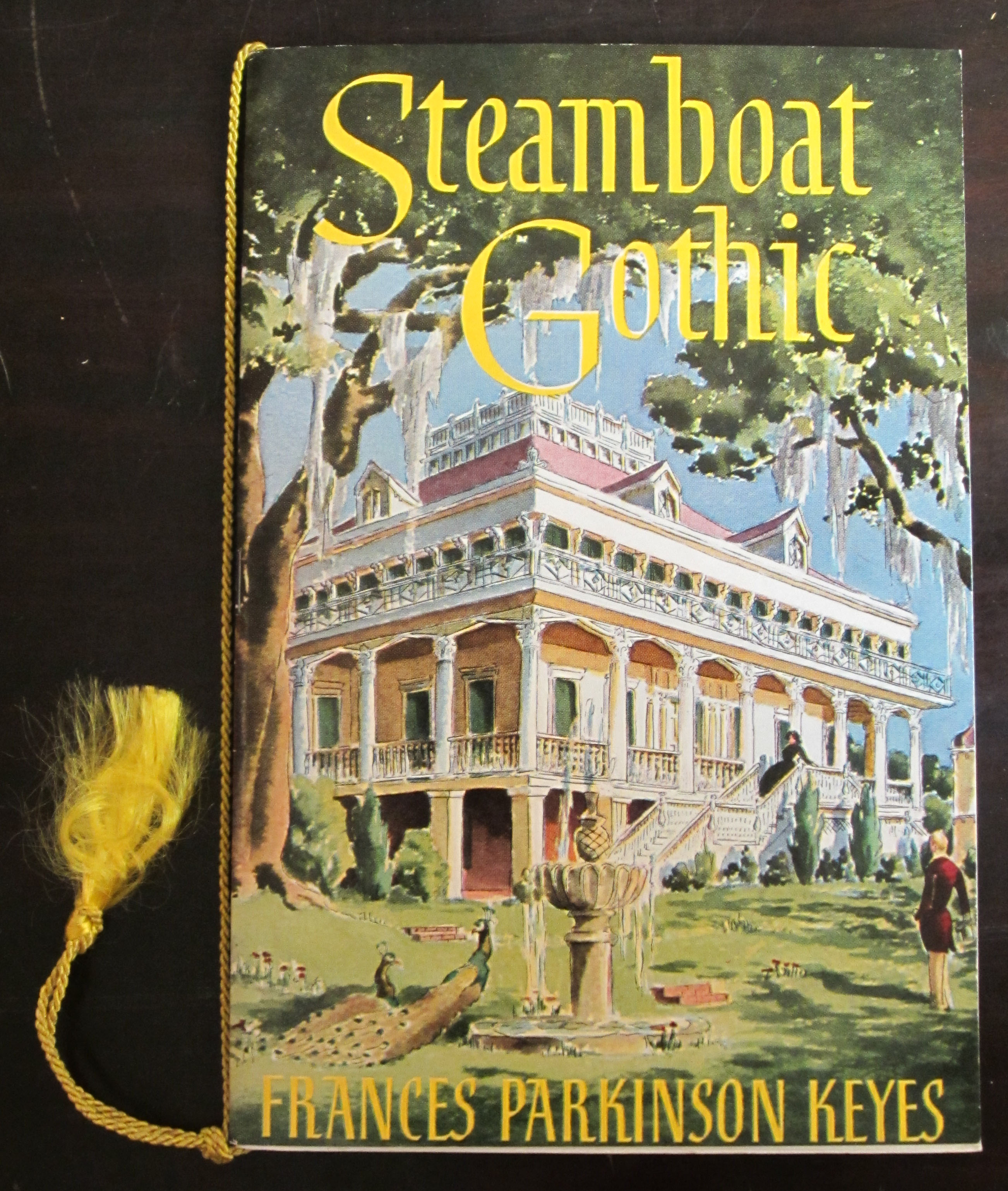 Cover of dinner program given by Keyes, related to the writing of Steamboat Gothic. (MSS 3932. Gift of Frances Parkinson Keyes. Photograph by Petrina Jackson) 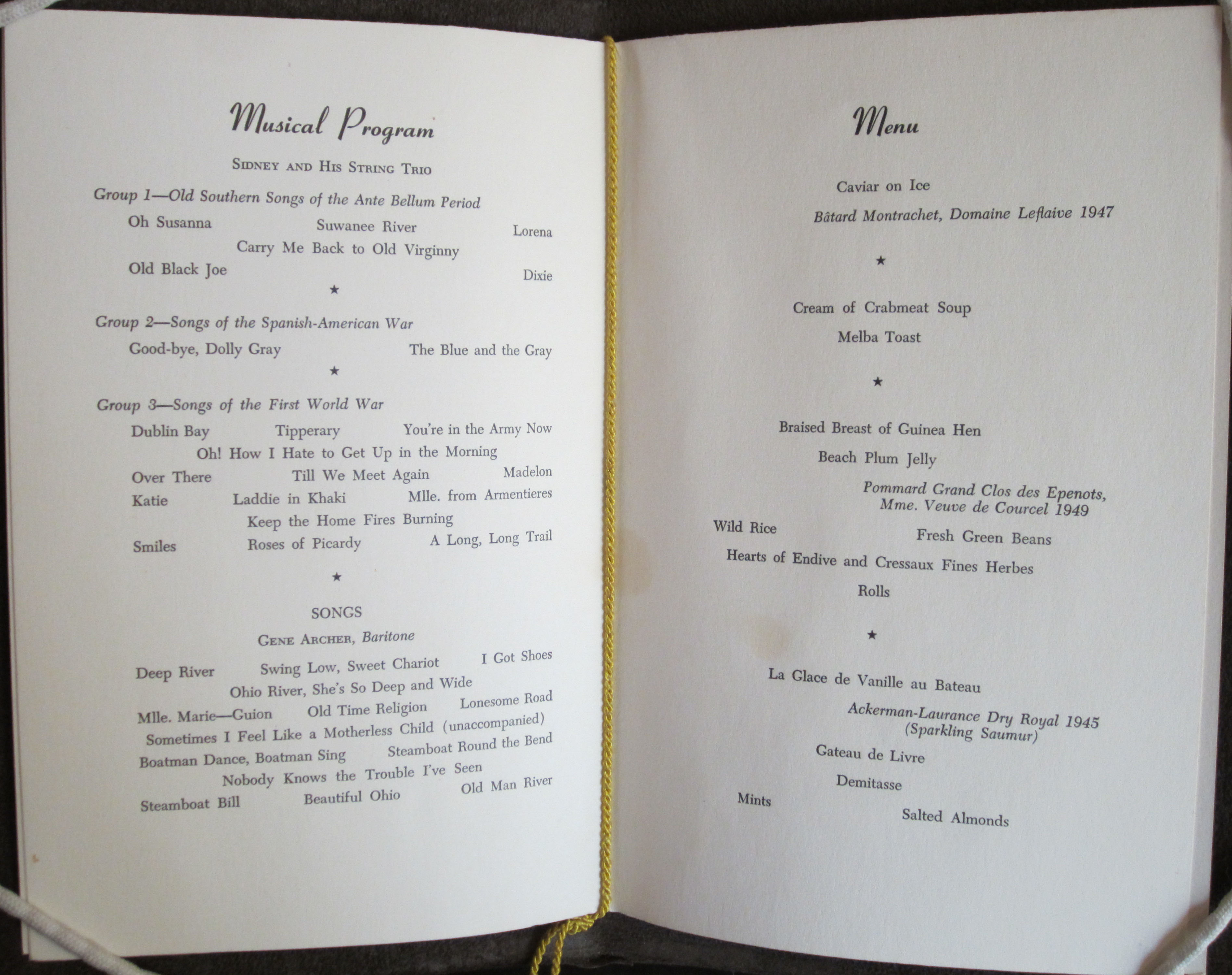 Musical program and dinner menu given by Keyes, related to the writing of Steamboat Gothic. (MSS 3932. Gift of Frances Parkinson Keyes. Photograph by Petrina Jackson).

That concludes the “Ks” of Special Collections.  Catch us in two weeks when we explore “Ls.”

2 thoughts on “ABCs of Special Collections: K is for…”