Hello again, and welcome to another installation of the ABCs of Special Collections!  Today, we give you the letter: 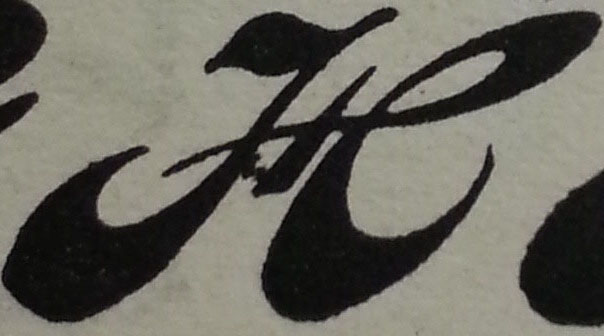 H is for Heavy Sign Script, which is one of 75 alphabets represented in Frank H. Atkinson’s Atkinson Sign Painting up to Now: A Complete Manual of Sign Painting. Chicago: Frederick J. Drake & Co., 1915 (not yet catalogued. Gift of Nicholas Curtis. (Photograph by Petrina Jackson)

H is for Hollinger Box

n. ~ A container that holds folders containing paper documents vertically and that measures roughly 10 inches high, 12 or 15 inches wide, and 6 or 3 inches deep, and that usually has an integral top hinged at the upper back.

Notes: Sometimes called a Hollinger Box. Document boxes are typically made from cardboard. They are often neutral gray and lined on the inside with white, acid-neutral paper. They may have a string, handle, or hole on one end to facilitate removal from a shelf. [Hollinger] boxes made from high-quality materials suitable for long-term storage of archival materials are often called archives boxes.  From A Glossary of Archival and Records Terminology.

Citations: †(Personal communication, Bill Hollinger, 1 October 2003) The term Hollinger box is just a generic name archivists have given to this particular style of box. From A Glossary of Archival and Records Terminology 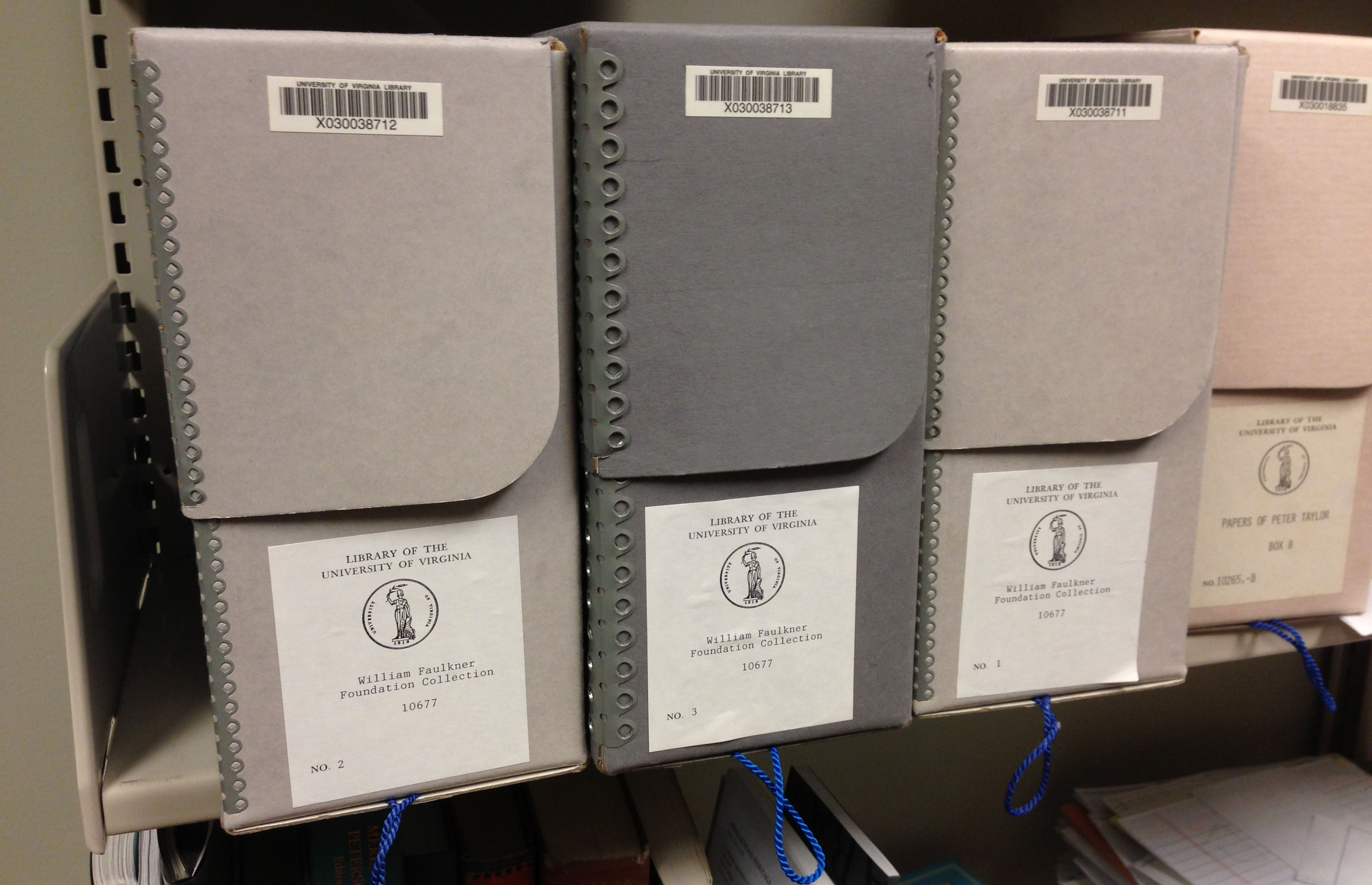 H is for John Clellon Holmes

More a chronicler of the Beat movement, than a participant, John Clellon Holmes was there at its inception. He was friends with Allen Ginsberg, Neal Cassidy, and especially Jack Kerouac who famously once told him, “You know, this is really a beat generation.” Holmes 1952 novel, Go is generally considered the first Beat novel, and he would also gain recognition for his 1958 jazz novel, The Horn. A search of our online catalog details 13 records relating to Holmes. 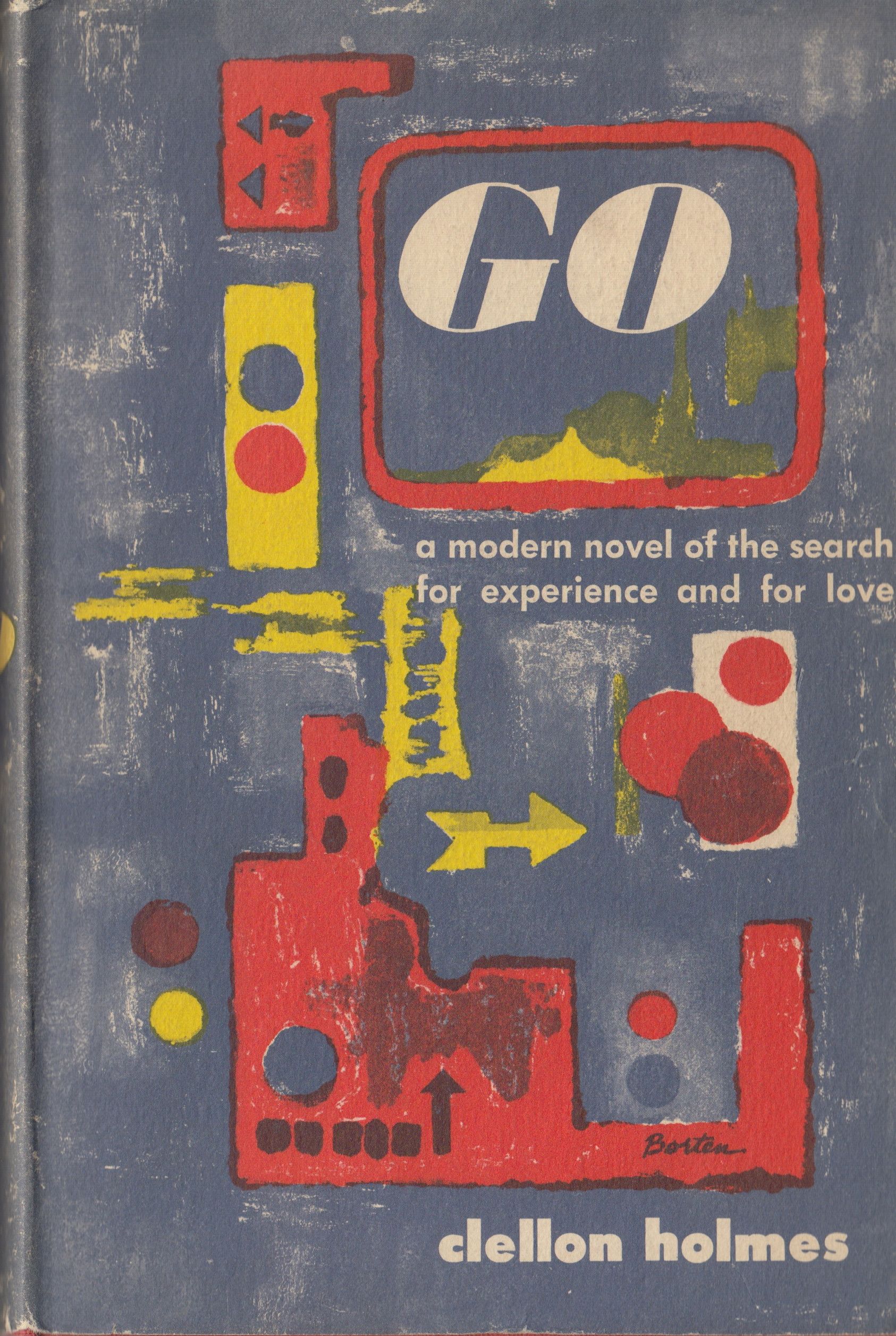 Photograph of John Clellon Holmes by Lida Moser on the back cover of the first edition of Go. (PS3558 .03594 G6 .1952. Clifton Waller Barrett Library of American Literature. Image by Petrina Jackson)

H is for Horse

Shakespeare’s Richard III: “A horse! a horse! my kingdom for a horse!” Long before bicycles and automobiles was the horse.  They are equally at home on the range rustling cattle or policing city streets or as a circus performer, war horse, therapeutic companion, Olympic athlete, and movie star. The subject of horses is found throughout Special Collections’ holdings in literature, popular culture, history, equine history, and sports.  Much of these holdings can be attributed to Marion duPont Scott (1894-1983), dedicated Virginia horse breeder and owner of Montpelier, James Madison’s home.  Her stunning collection of approximately 1,200 titles, featuring the history and practice of equestrian and related sports, was donated to the Small Special Collections Library in 1985, along with an endowment that would provide funds that would enable future curators to build on her legacy. 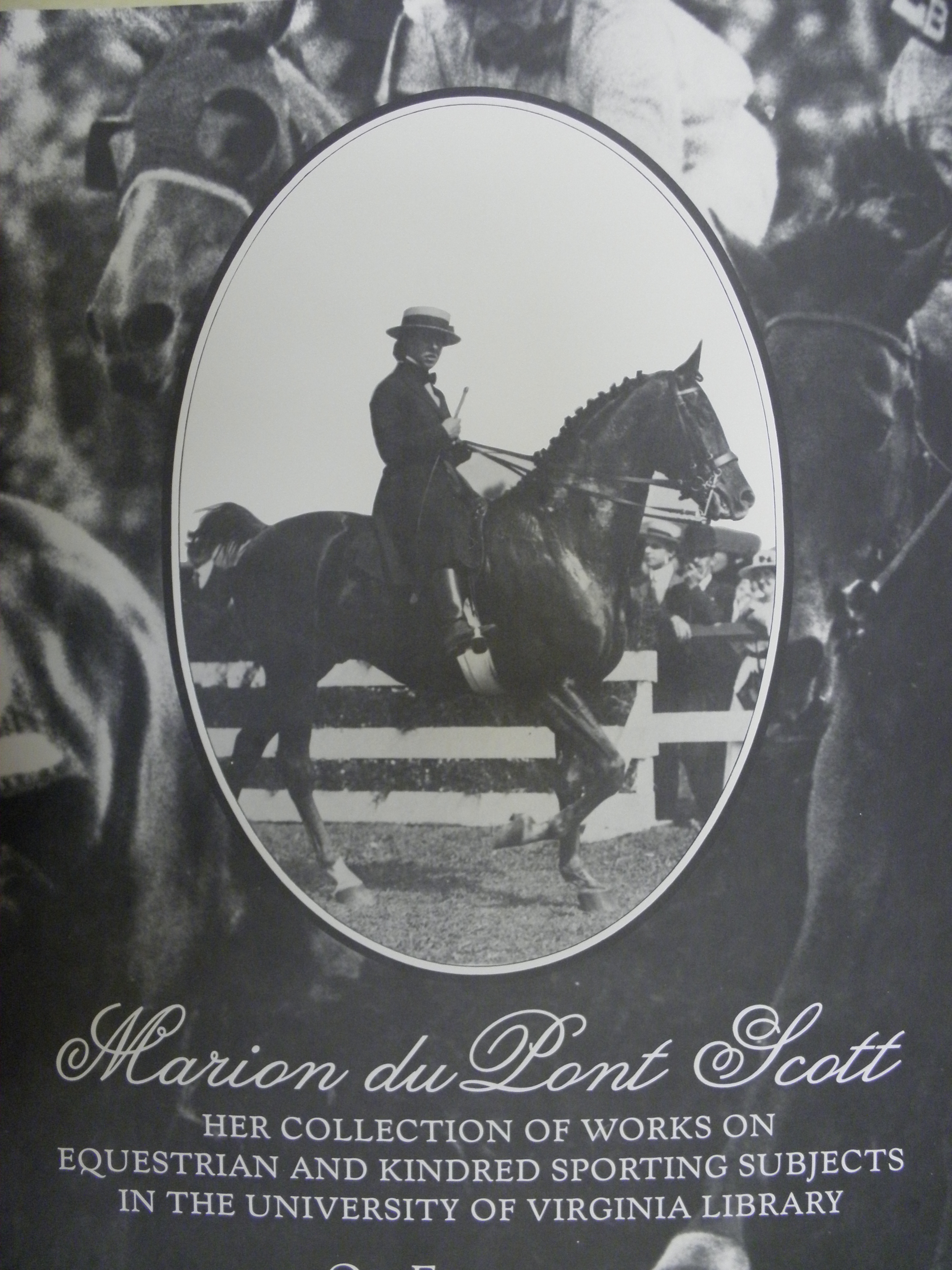 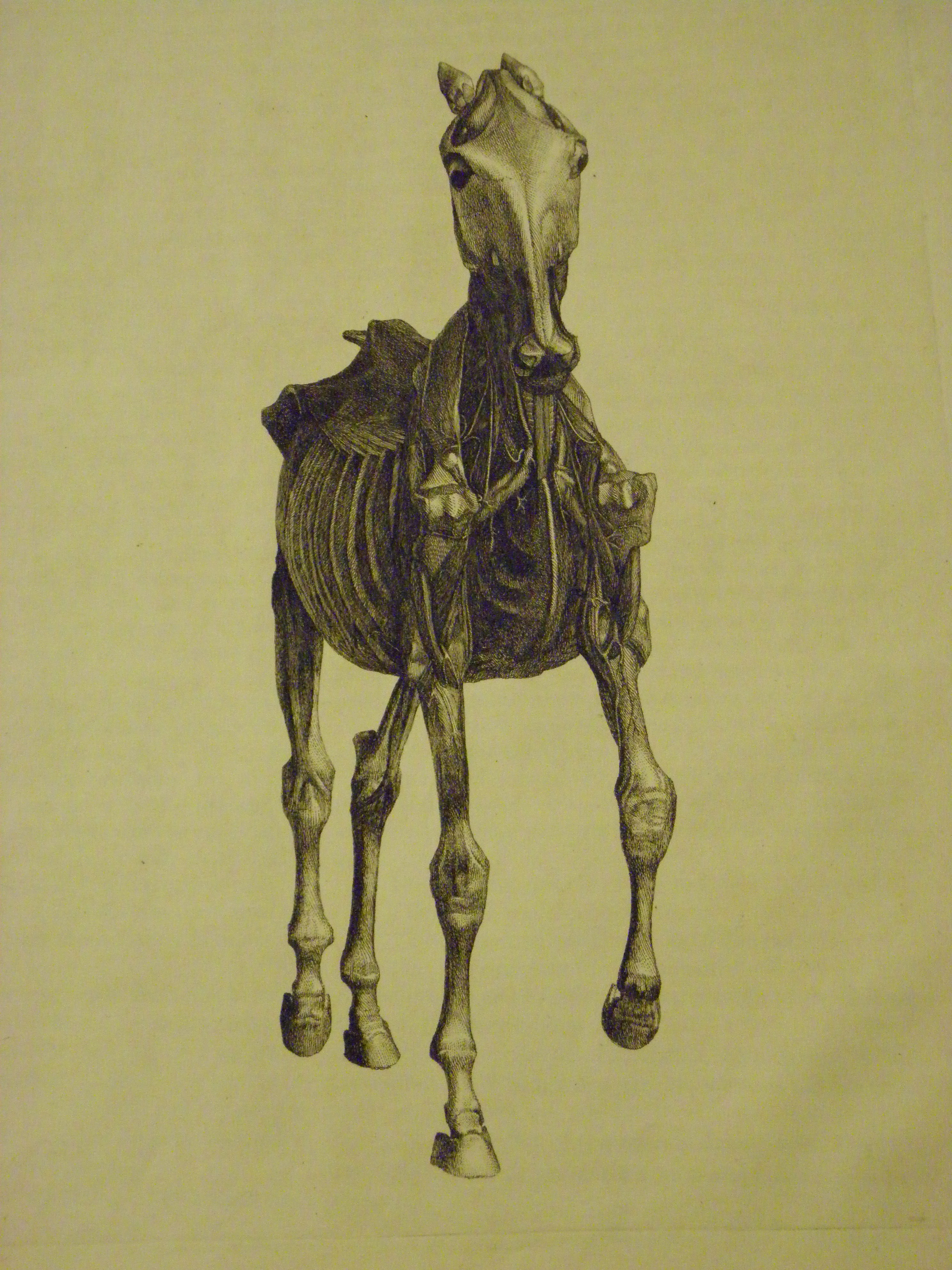 This is the first edition of The Anatomy of the Horse: Including a Particular Description of the Bones, Cartilages, Muscles, Fascias, Ligaments, Nerves, Arteries, Veins and Glands (1766) by George Stubbs, painter.  (SF 765 .S8 1766. Marion duPont Scott Sporting Collection. Photograph by Donna Stapley) 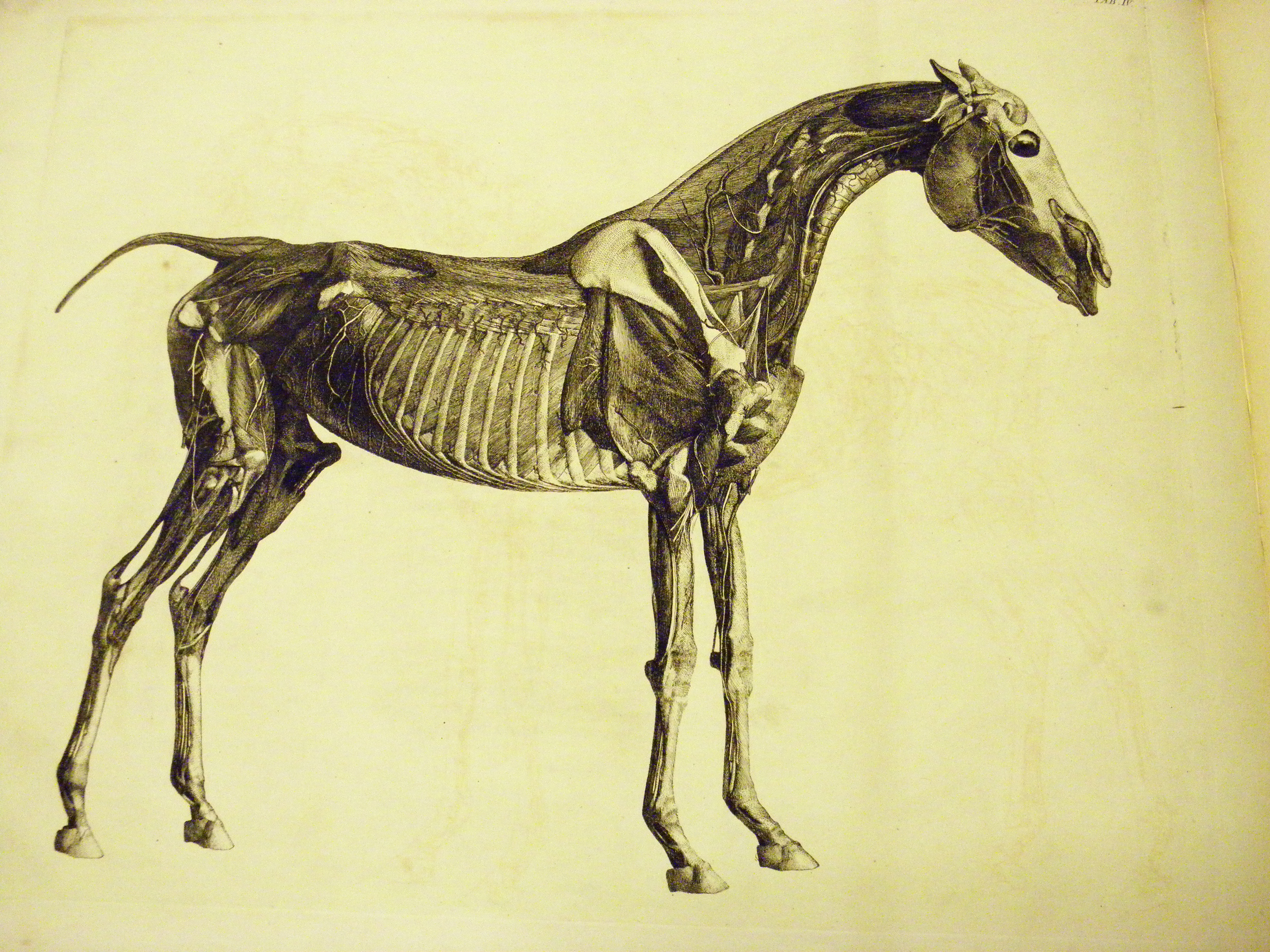 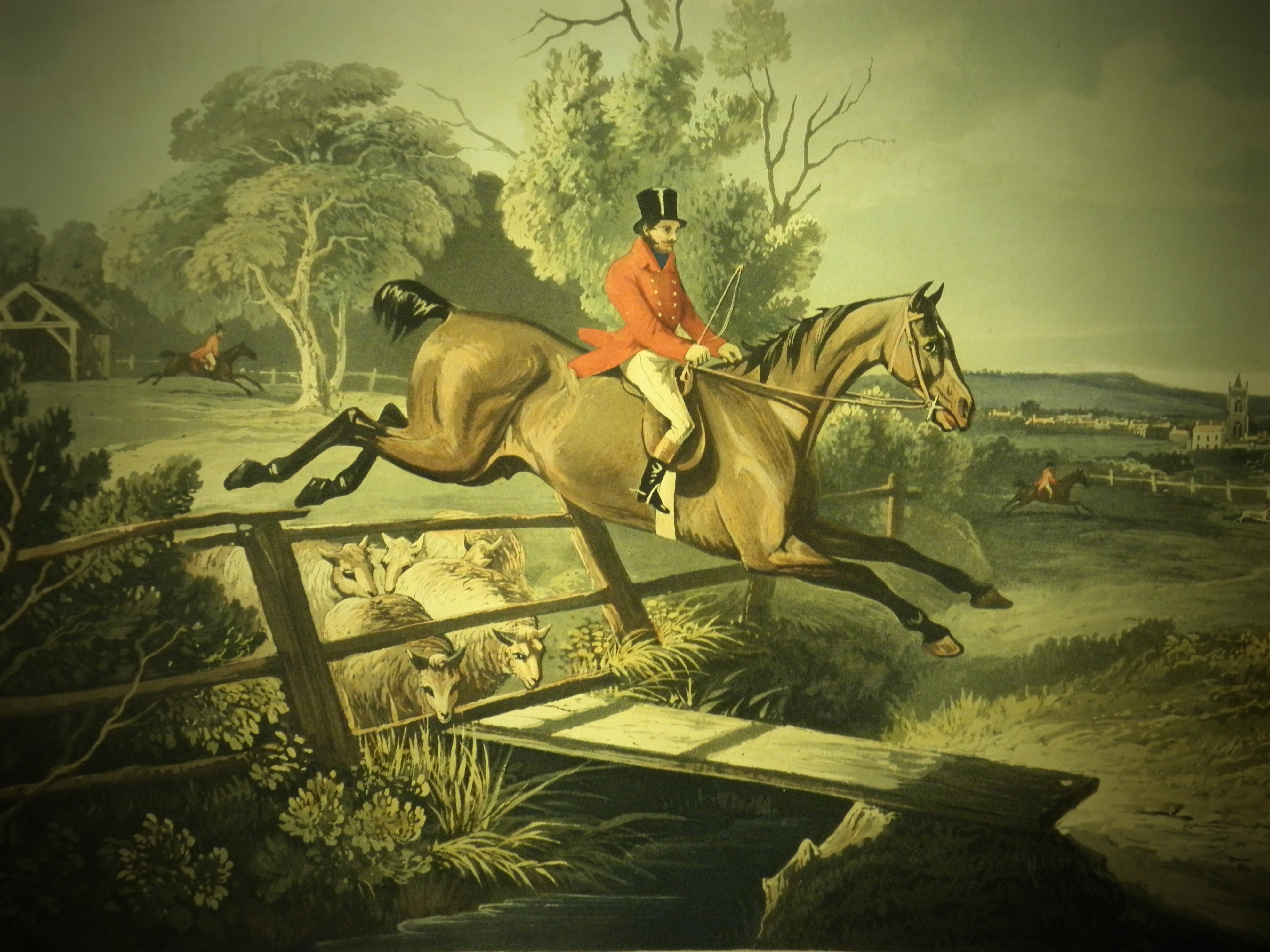 Those are our contributions for the letter “H.” I bet you are wondering what great materials we will feature for the next letter: I.  Check us out in a couple weeks, and you will see!