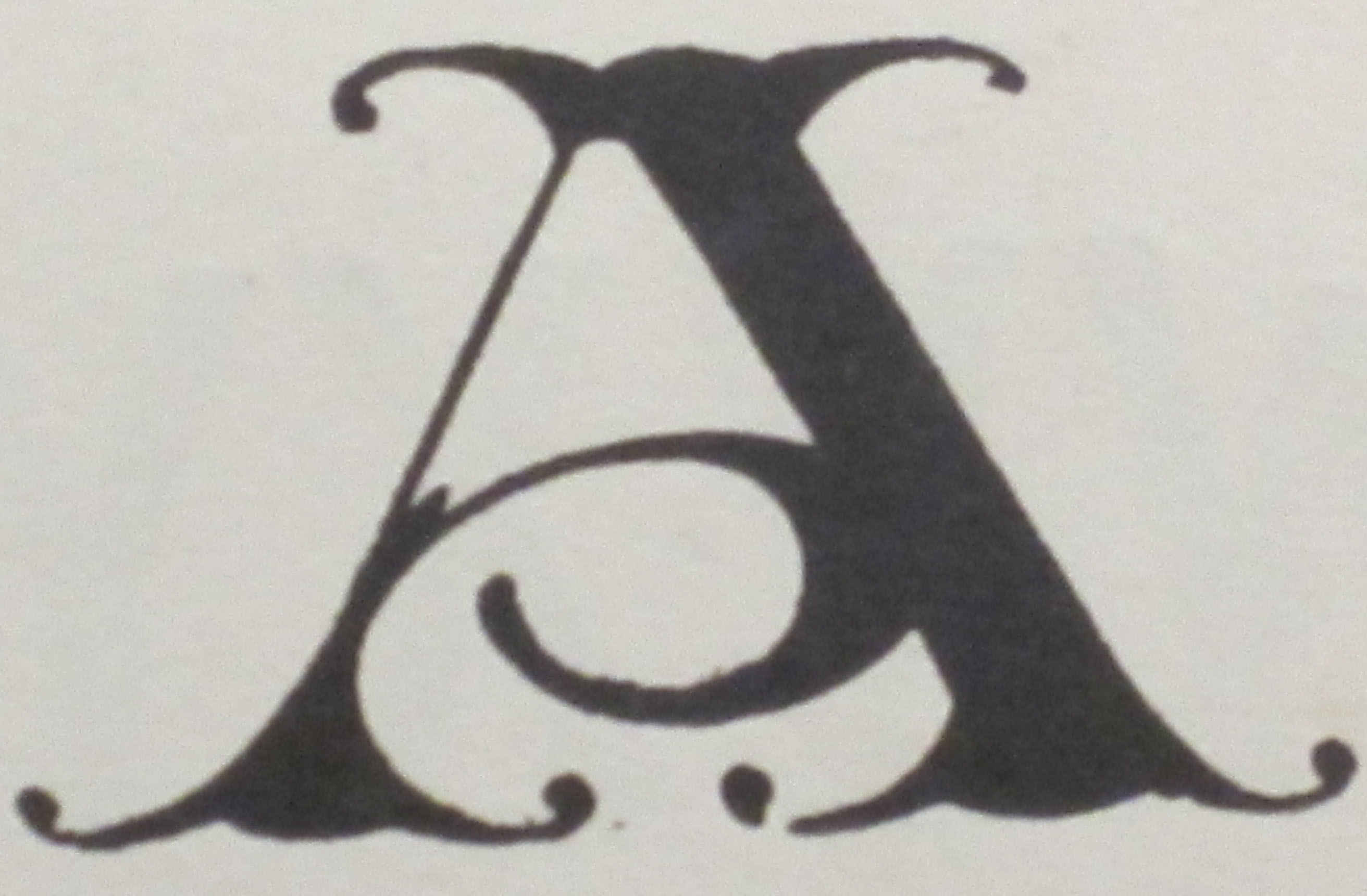 A is for Atkinson Tuscan Roman (light), which is one of 75 alphabets represented in Frank H. Atkinson’s Atkinson Sign Painting up to Now: A Complete Manual of Sign Painting. Chicago: Frederick J. Drake & Co., 1915 (not yet catalogued. Gift of Nicholas Curtis. Photograph by Petrina Jackson).

A is for abecedarium

An abecedarium is an alphabetical wordbook used as a primer for teaching reading and spelling.  Among the many examples in Special Collections are those published by Henkel Press, a German language press in New Market, Virginia, that supplied newspapers, religious materials, and children’s books to communities throughout the Shenandoah Valley. Also shown here are examples of fine press and mechanical books as well as modern primers using various subjects to present the alphabet.

Contributed by Edward Gaynor, Head of Technical Services and Specialist for Virginiana and University Archives 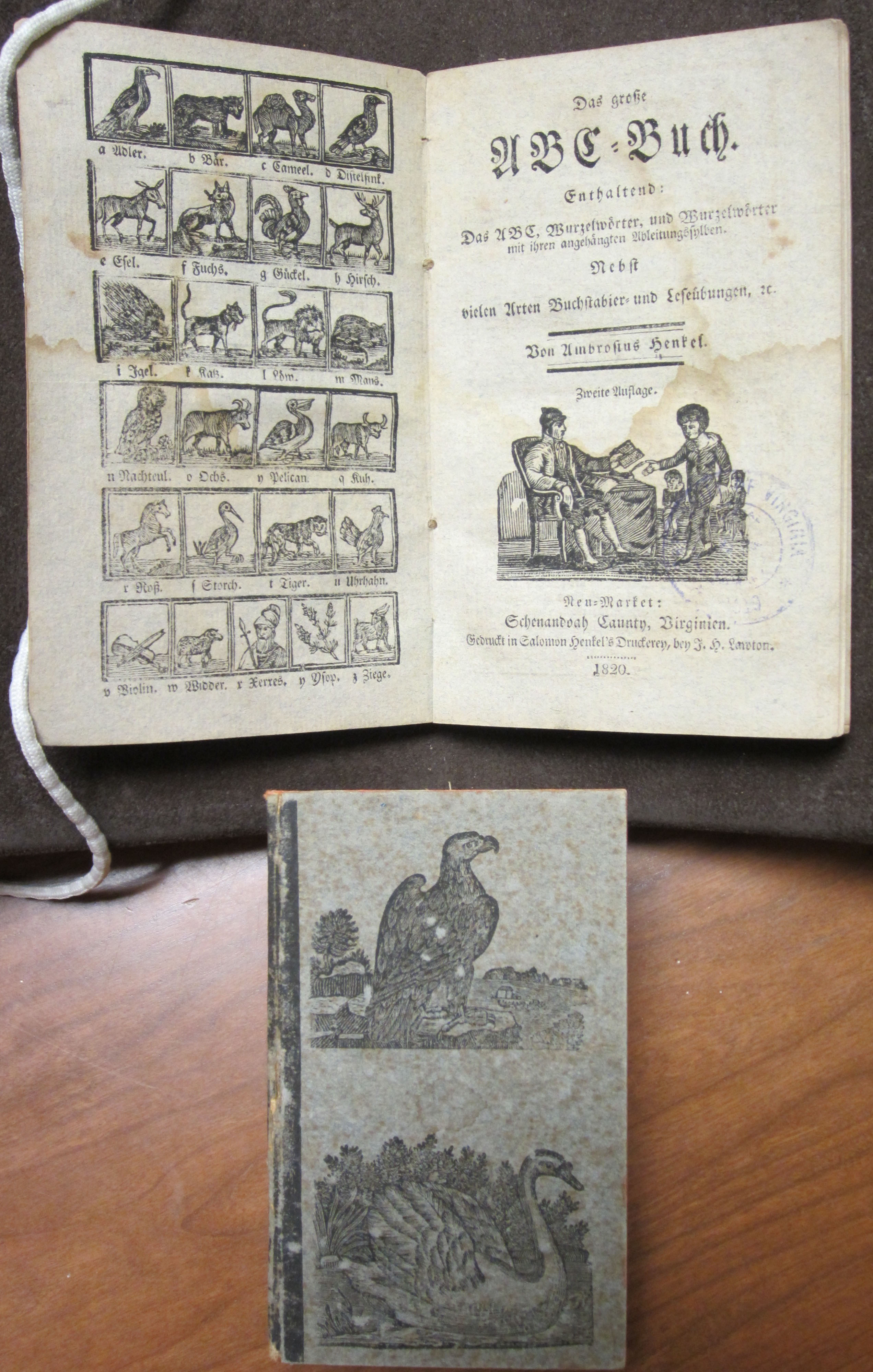 Both of these alphabet books, written in German, were authored by Ambrose Henkel. The opened book is entitled Das grosse A B C Buch and was published in 1820. The closed book is entitled Das kleine A B C Buch, oder erste Anfangs Buchlein and was published in 1816. (Das grosse A B C, PF3114 .H35 1820, Gift of Chevalier E. Reynolds and Das kleine A B C, PF3114 .H38 1816, from the Henkel-Miller Family Papers, MSS 14434. Photograph by Petrina Jackson) 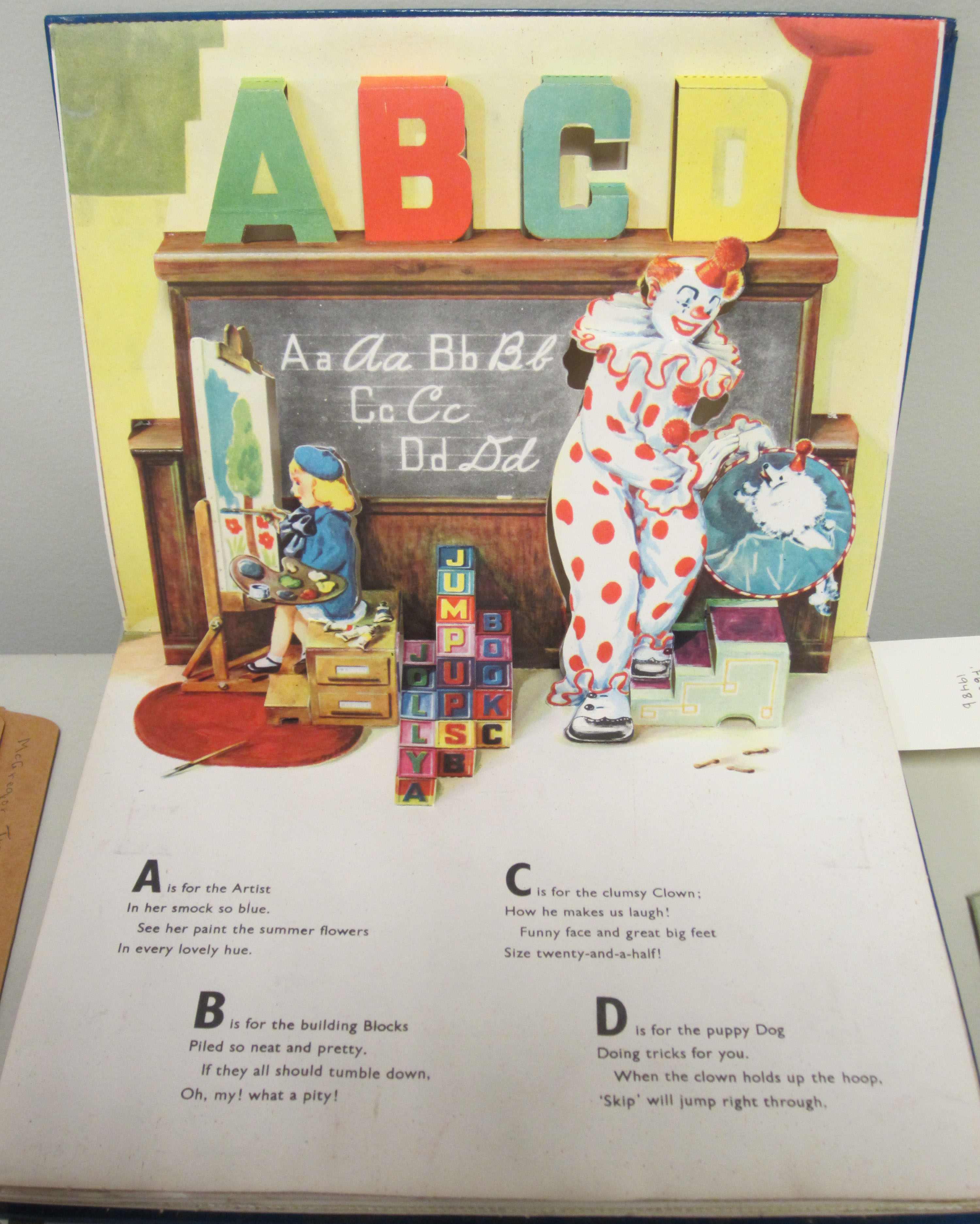 A is for Amos Bronson Alcott

Amos Bronson Alcott, father of Louisa May, friend of Emerson and Thoreau, was a leading figure of the Transcendentalist Movement in the middle of the 19th-century. His efforts at educational reform and utopian living were considered radical at the time, and though ultimately unsuccessful, his writings remain influential today. A search of VIRGO, our online catalog, features 27 hits related to Alcott, including letters to his famous daughter, and books he authored. 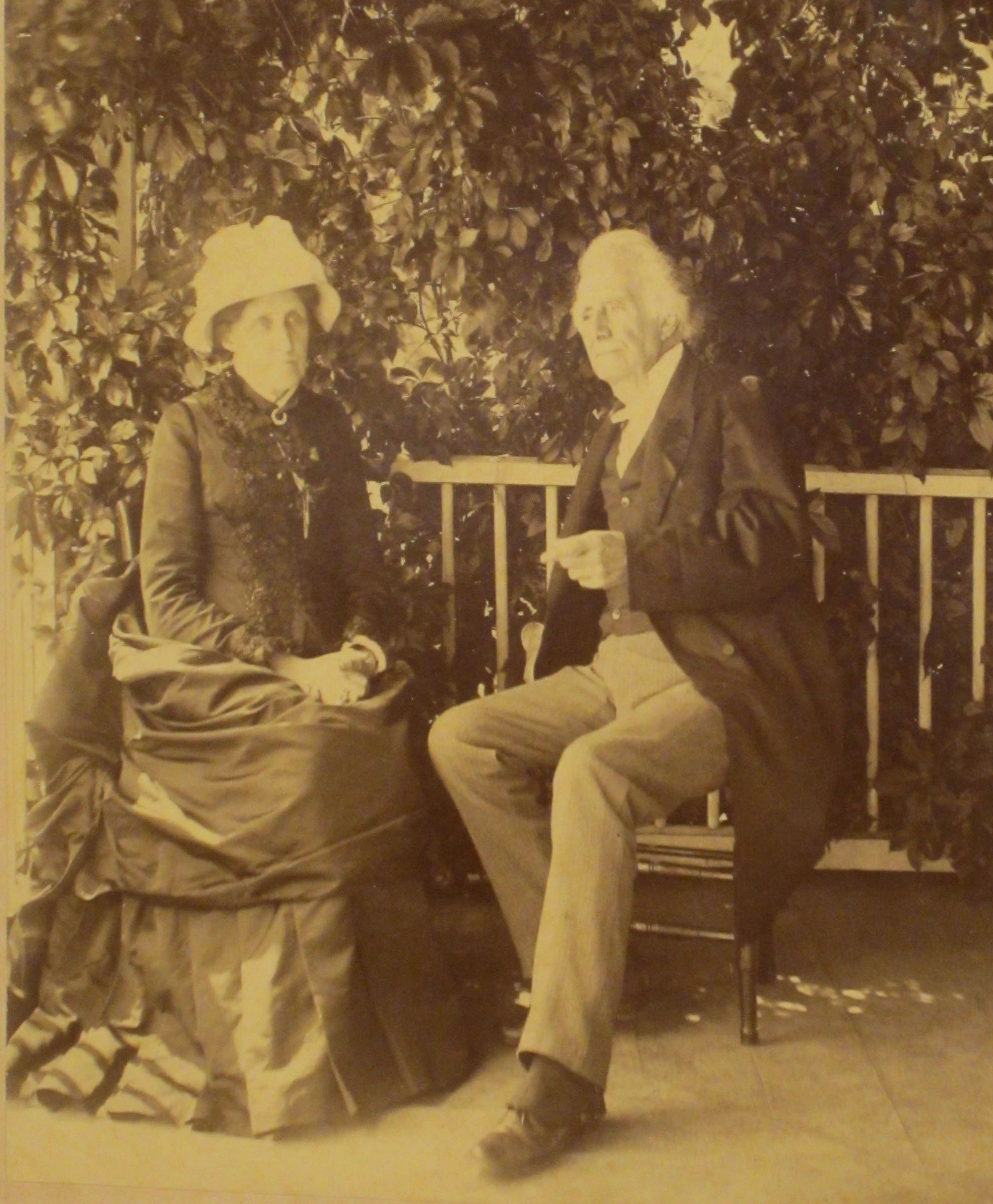 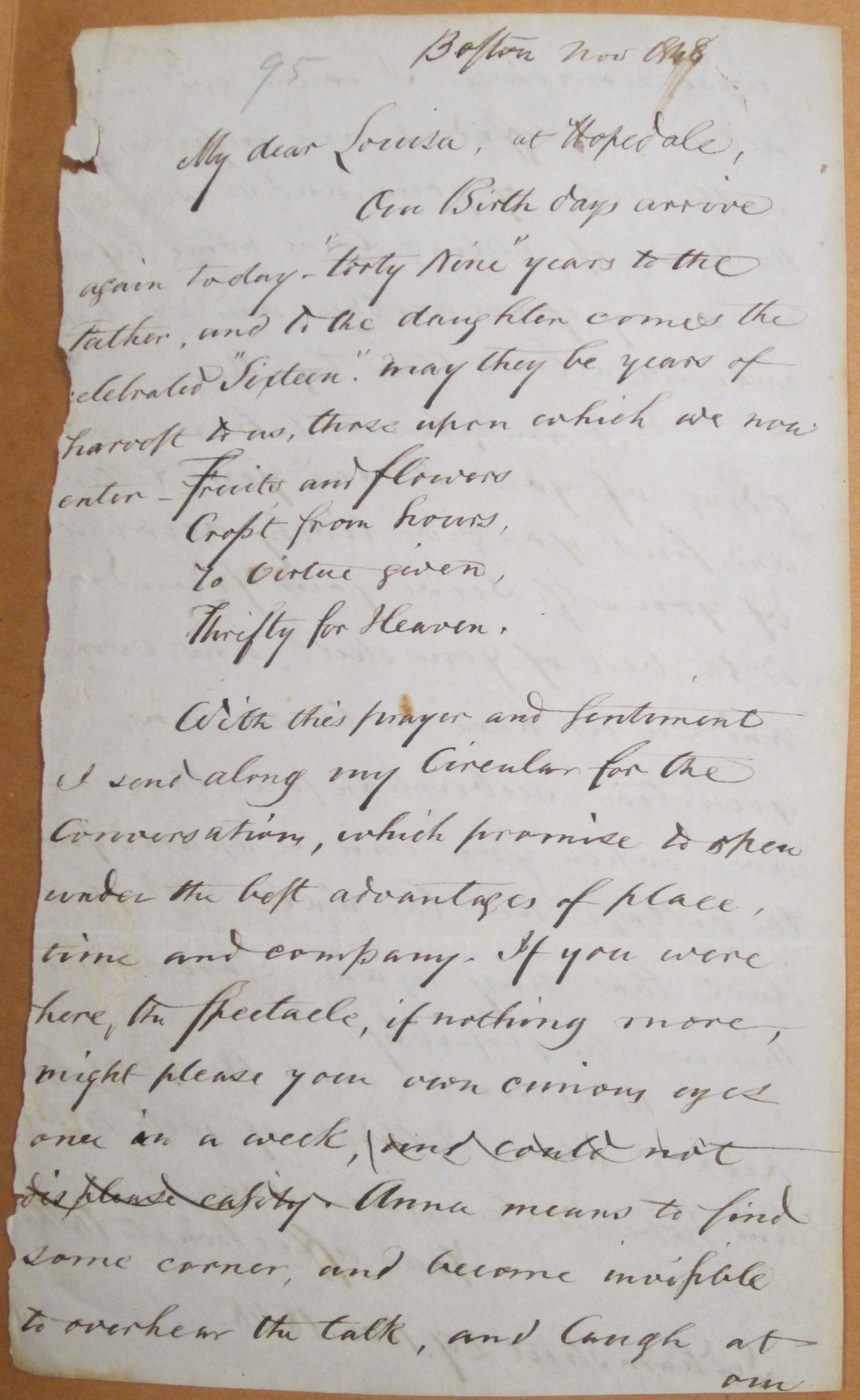 Letter from A. Bronson Alcott to his daughter Louisa May on the occasion of their shared birthday, 29 Nov. 1848. (MSS 7052-c, Clifton Waller Barrett Library of American Literature. Photograph by Petrina Jackson) 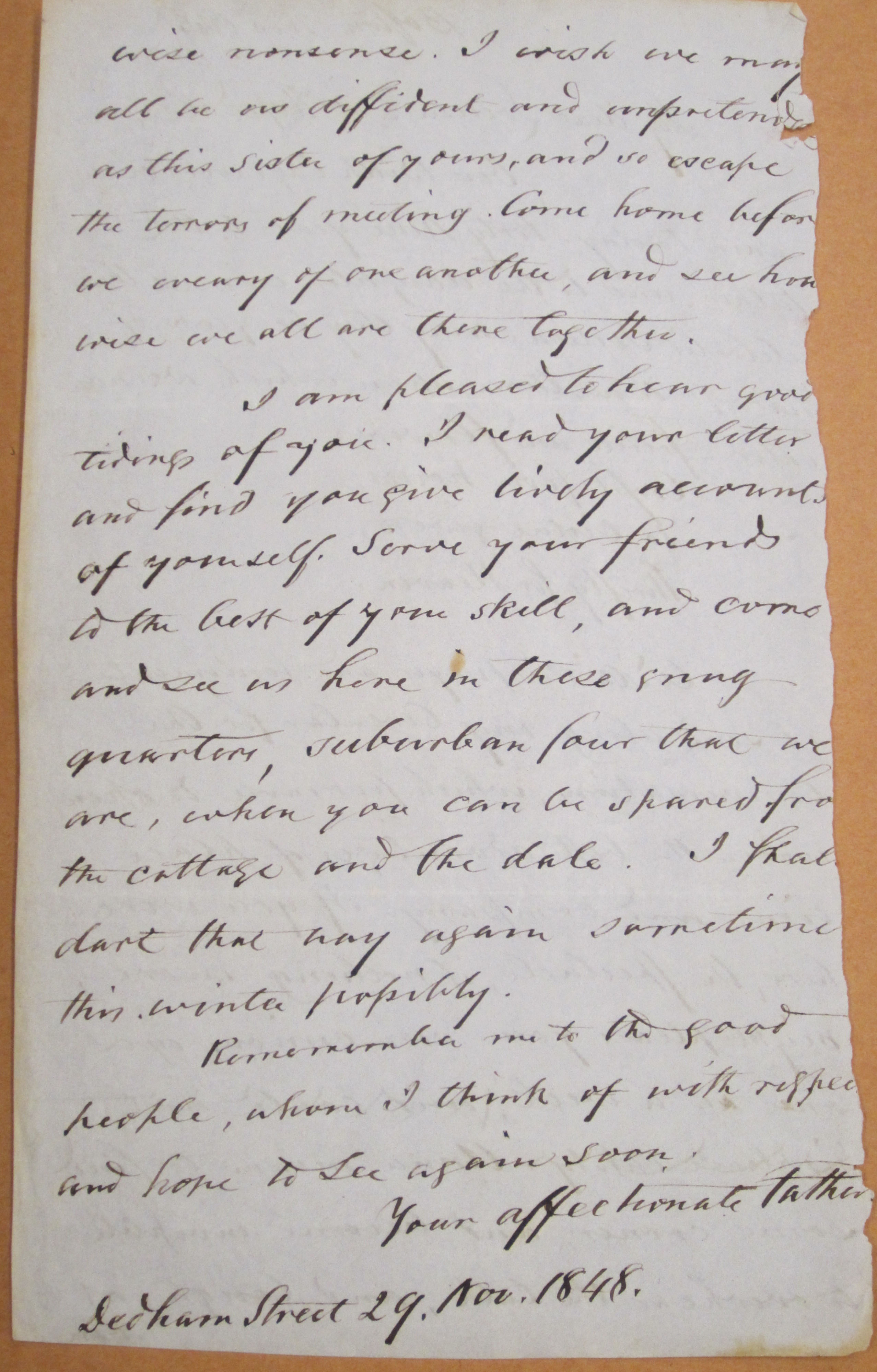 A is for Ambrotype

Ambrotypes are sharply detailed, one-of-a-kind photographs on glass, packaged in protective cases similar to those used for daguerreotypes.  An ambrotype is essentially a collodion on glass negative that is intentionally underexposed so that the negative image appears as a positive image when viewed against a dark background.  The process of making ambrotypes was patented in the United States in 1854 by James Ambrose Cutting.  The popularity of ambrotypes was short-lived, however, and the process was soon displaced by the growing popularity of albumen prints. 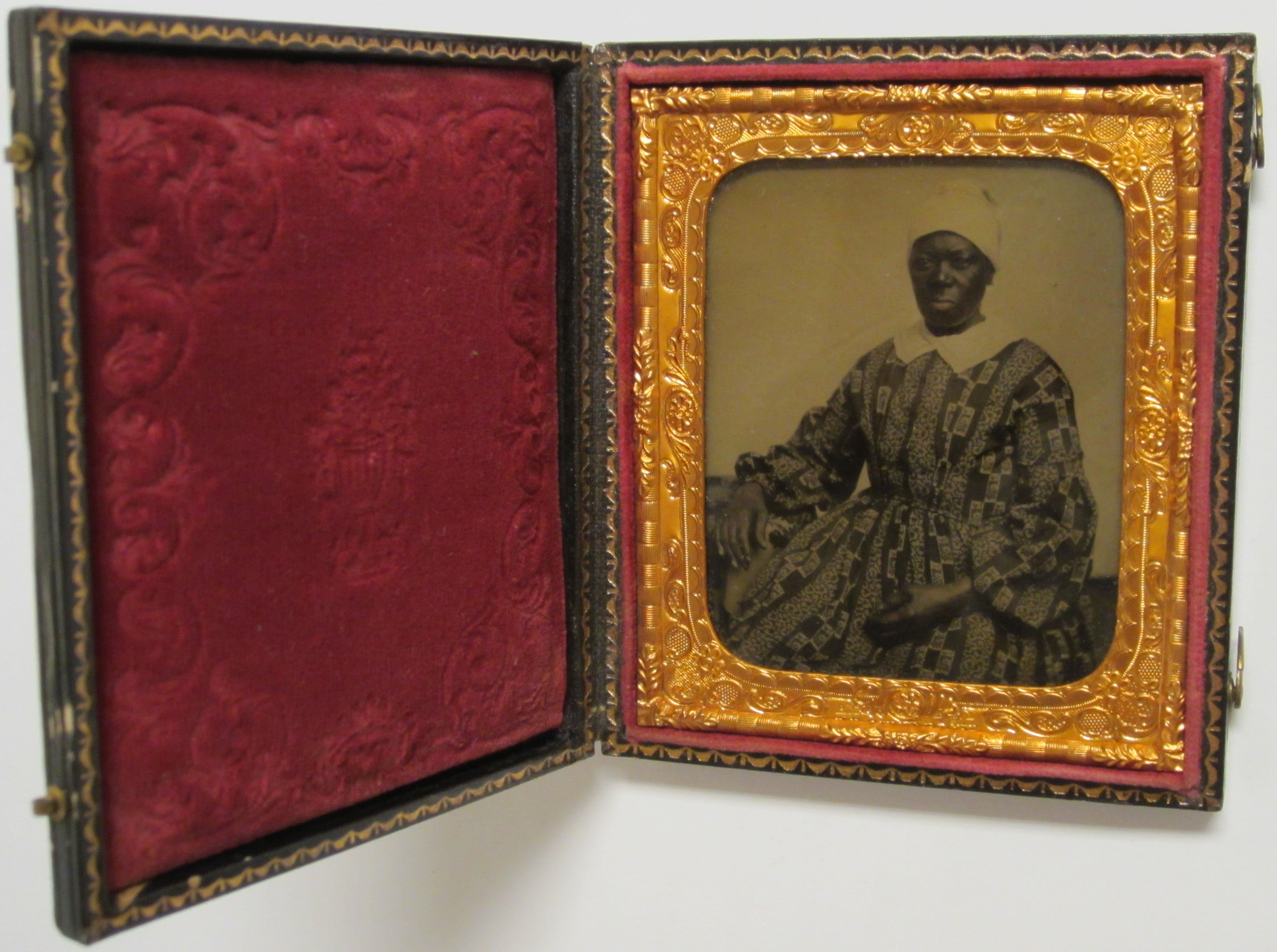 Featured is the ambrotype of “Mammy Kitty” from the Ellis Family Daguerreotypes. Accompanying the image is a note that reads, “The faithful servant of Charles and Mrs. K. Ellis.” Died in Richmond in 1864. Our mother’s mammy.” (MSS 2516-c. Photograph by Petrina Jackson)

A is for American History

One of the cornerstones of the University of Virginia Special Collections is the American history library of Tracy W. McGregor (1869-1936).  A unique call number classification scheme for the McGregor Library begins with “A” and is followed by the date of publication.  A further delineation identifies the specific volume.  The earliest volume in the collection is “A 1475 .P76” for the first edition of Ptolemy’s Cosmographia, printed in 1475.  It represents pre-discovery science and geography of the world before Columbus. 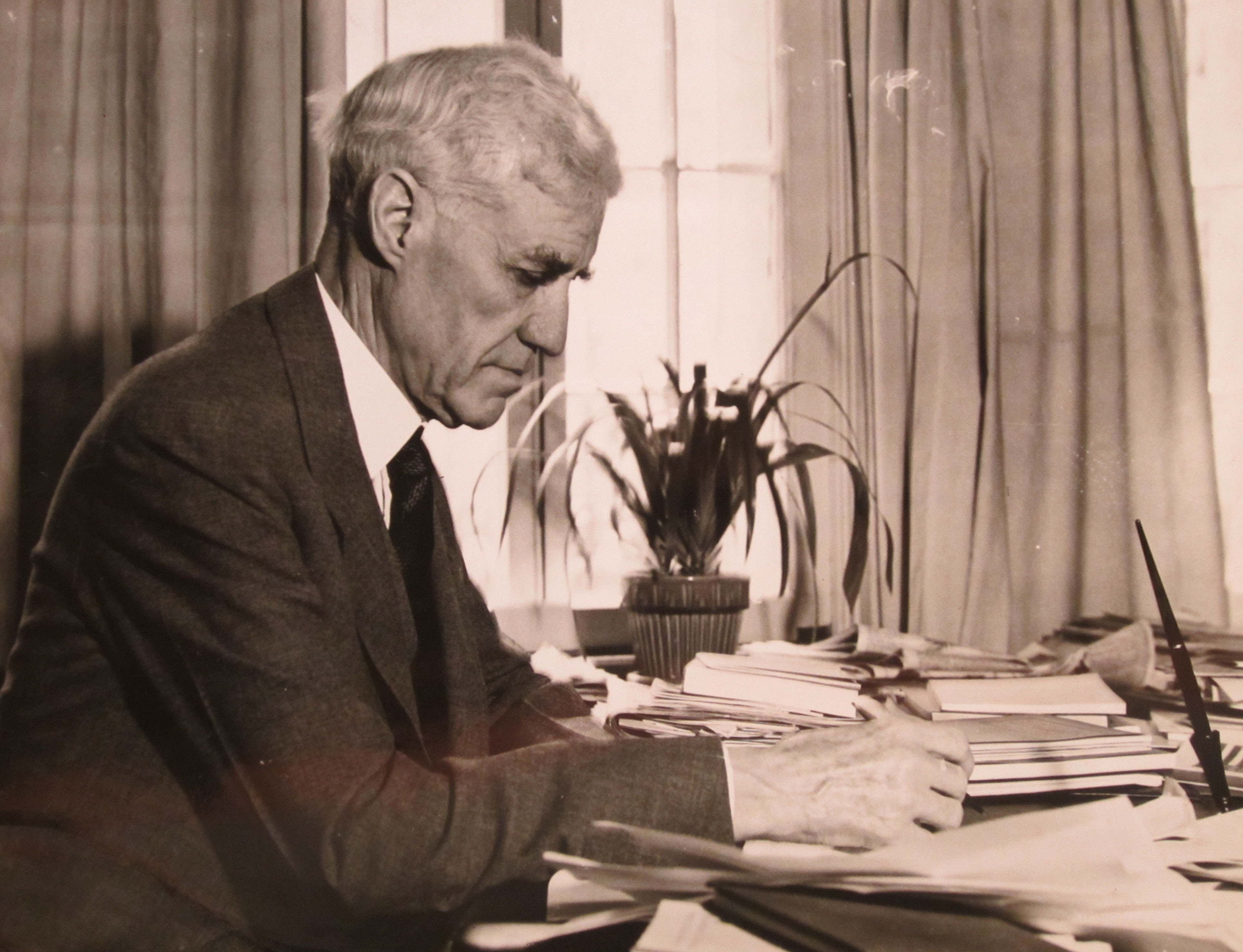 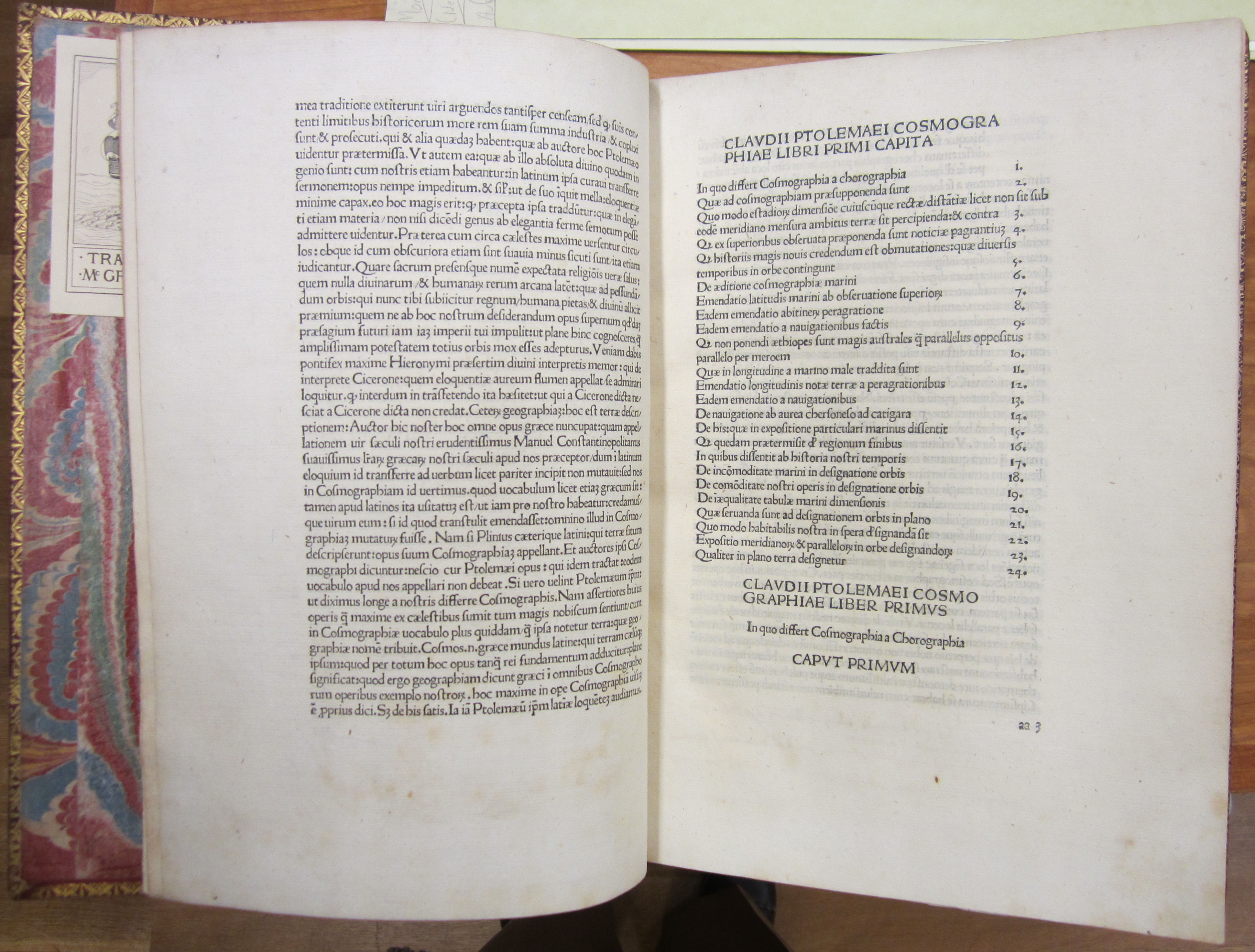 A is for Assiduous

It might also, in this case, stand for “artist” as they both define the life and personality of Maxfield Parrish (1870-1966). His paintings are a legacy of devotion to divine detail.  Creativity flowed from him like oil from a tube of artist’s paints, to the extent that the color cobalt blue came to be known as “Parrish Blue” by generations of artists who followed in his footsteps. Even his autographs reflect the care, detail, and flair of a born artist; why give in to mundane repetition when an upstroke here, a hook there, and a swash everywhere would embellish the letter more beautifully? 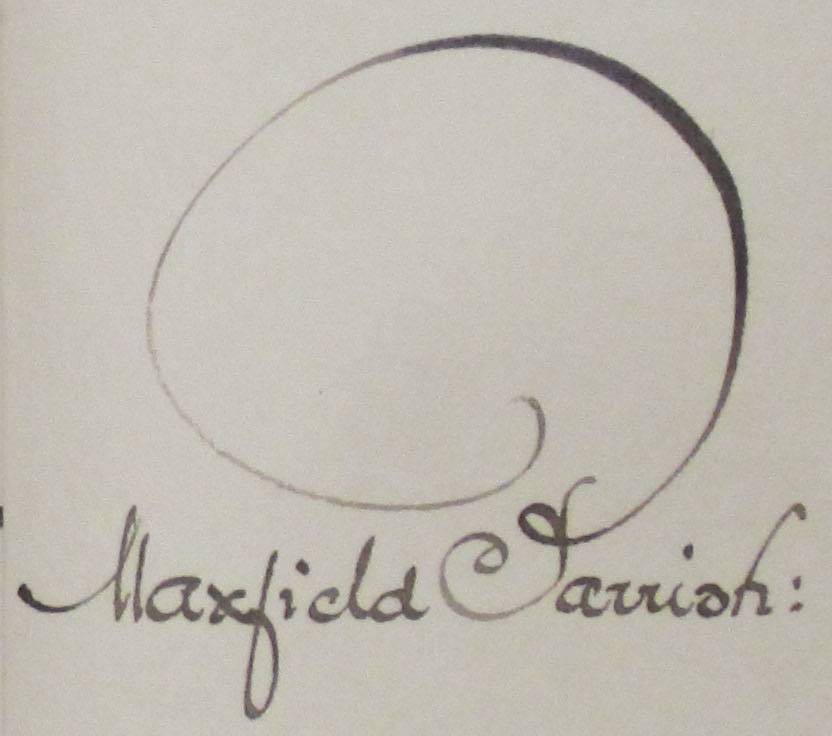 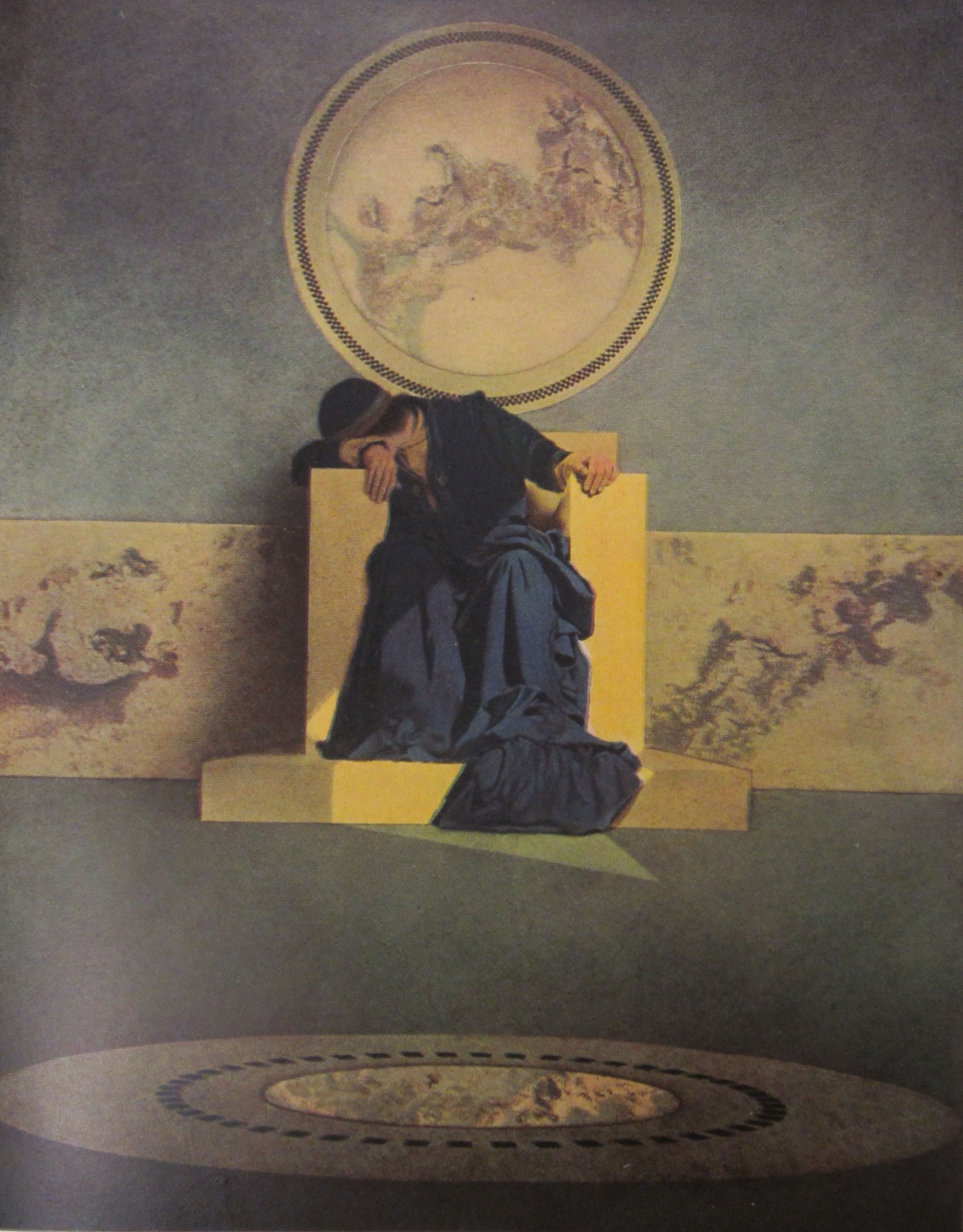 Maxfield Parrish created detailed, stunning paintings. This one is from “The History of the Young King of the Black Isles.” The Arabian Nights: Their Best Known Tales edited by Kate Douglas Wiggin and Nora A. Smith, and illustrated by Maxfield Parrish. The caption, which accompanies this illustration, reads, “When he came to this part of his narrative the young king could not restrain his tears.”

We hope you enjoyed today’s selections from the letter A, from the A is for Albert and Shirley Small Special Collections Library!

2 thoughts on “The ABCs of Special Collections: A is for…”