We have traveled a long way from “A” to “X” and have landed at the letter: 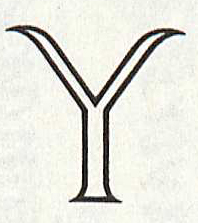 Y is for Yaddo

Yaddo is a retreat for artists in Saratoga Springs, New York, founded in 1900 by Spencer Trask and his wife, Katrina Nichols Trask (1853-1922), an author in her own right. The first residents came to Yaddo to work in 1926, and current artists continue to visit today. Although we do not have the Yaddo archives, which is housed at the New York Public Library, Special Collections has correspondence related to the retreat and its founder.  These letters appear in the papers of U.Va. President Edwin Alderman and U.Va. English Professor James Southall Wilson among others. 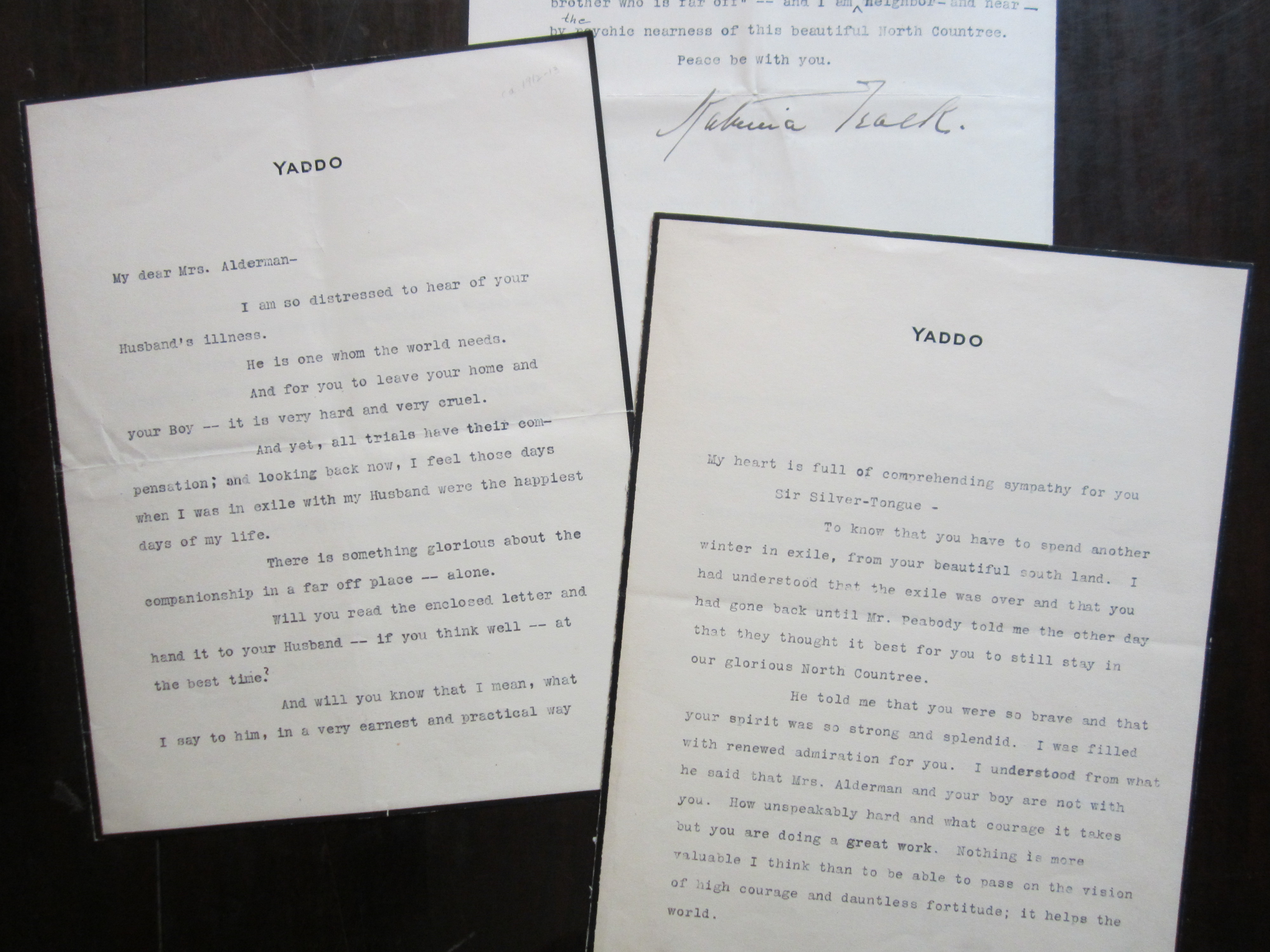 About 1912, Katrina Trask, wrote several letters of sympathy and encouragement to Edwin A. Alderman, the first University of Virginia President, during his stay at Saranac Lake, New York, for treatment of tuberculosis. (MSS 1001. Photograph by Donna Stapley) 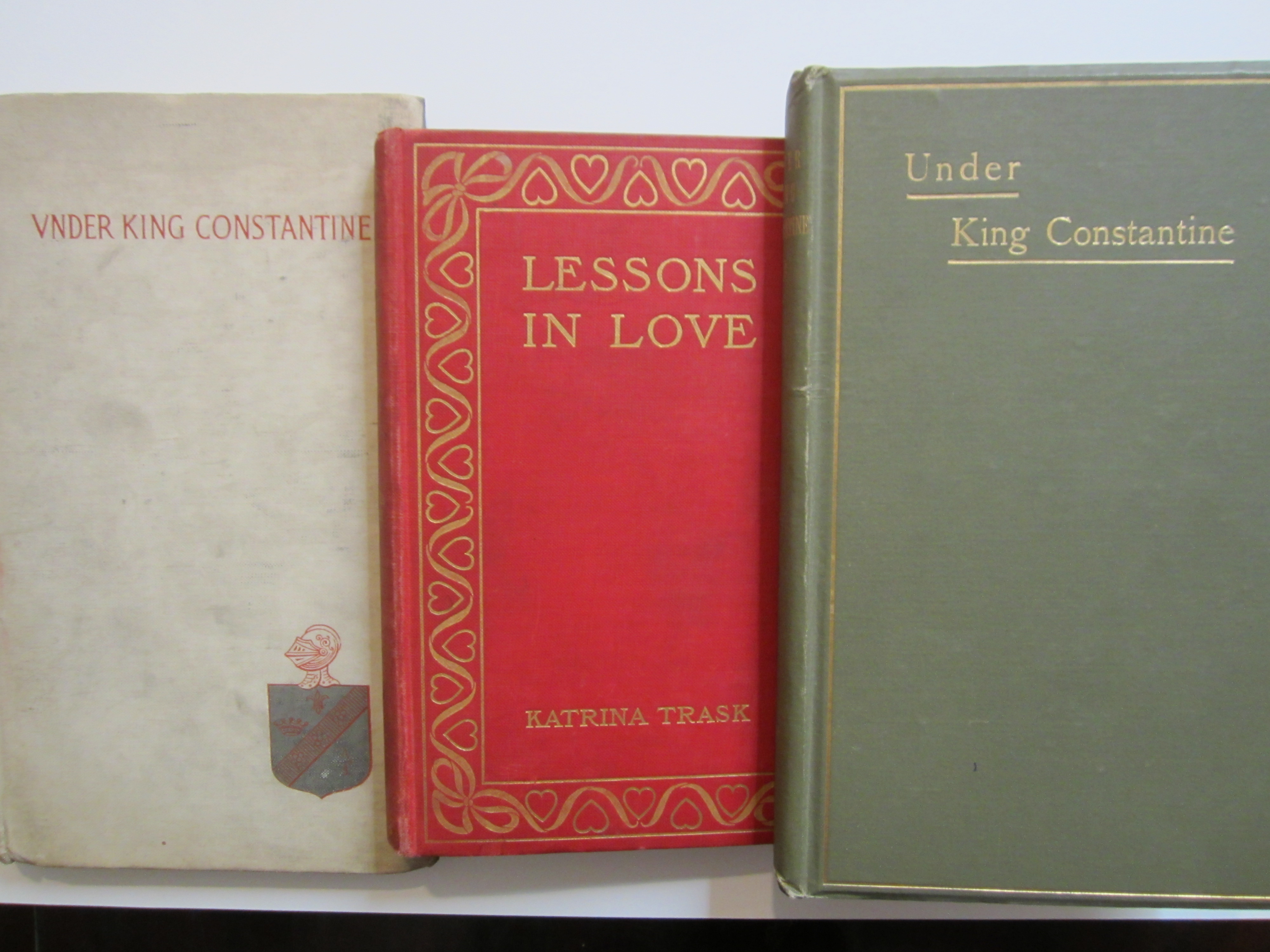 The Clifton Waller Barrett Library of American Literature contains her books, Under King Constantine, published anonymously, and Lessons in Love. (PS586.Z94.T738 U59 1893 and PS646.F54.T73 L4 1900, respectively. Photograph by Donna Stapley) 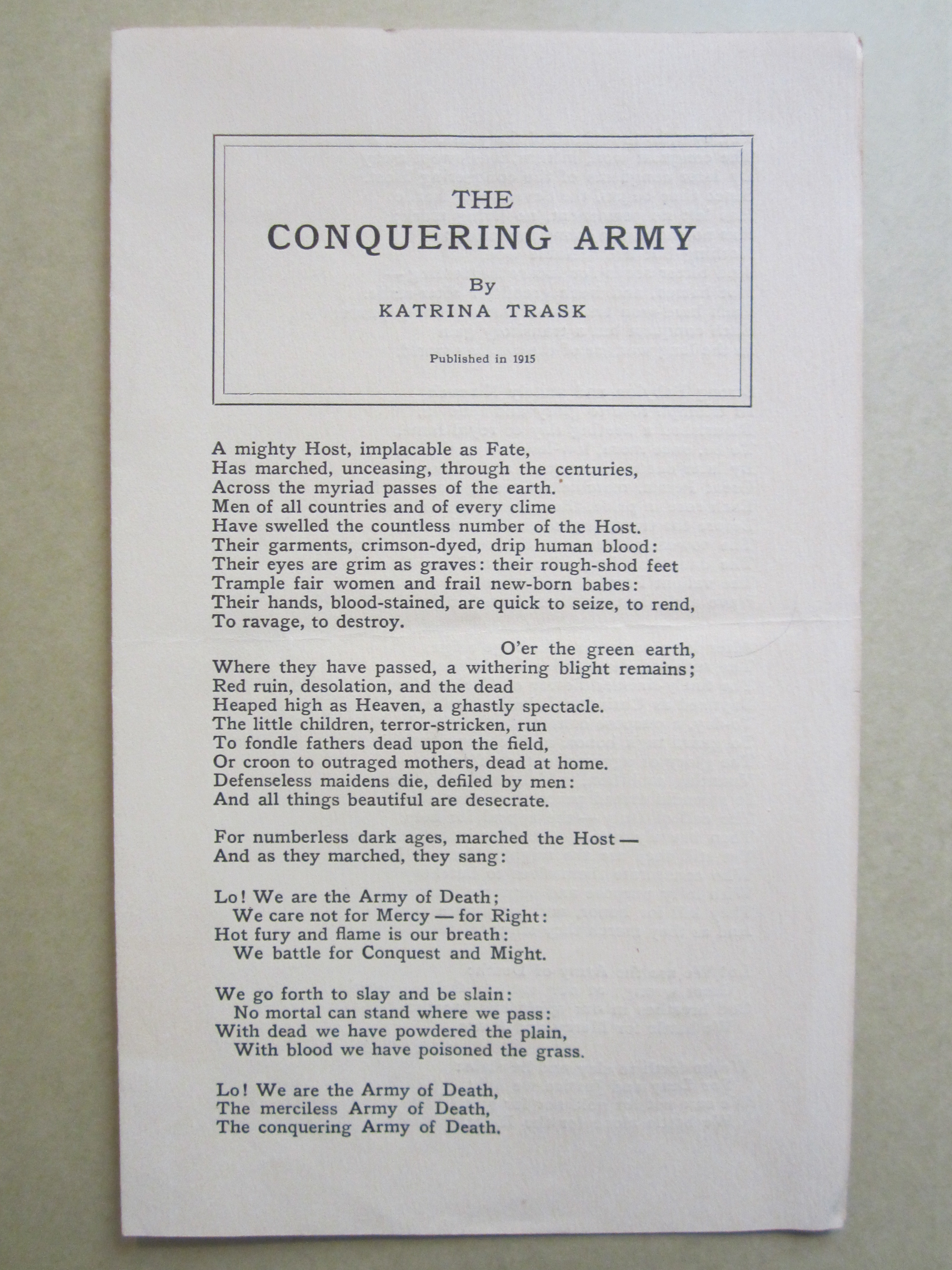 Trask’s pacifism is represented by her broadside “The Conquering Army,” distributed through the Clearing House for Limitation of Armament, 1915. (Broadside 414. Photograph by Donna Stapley.) 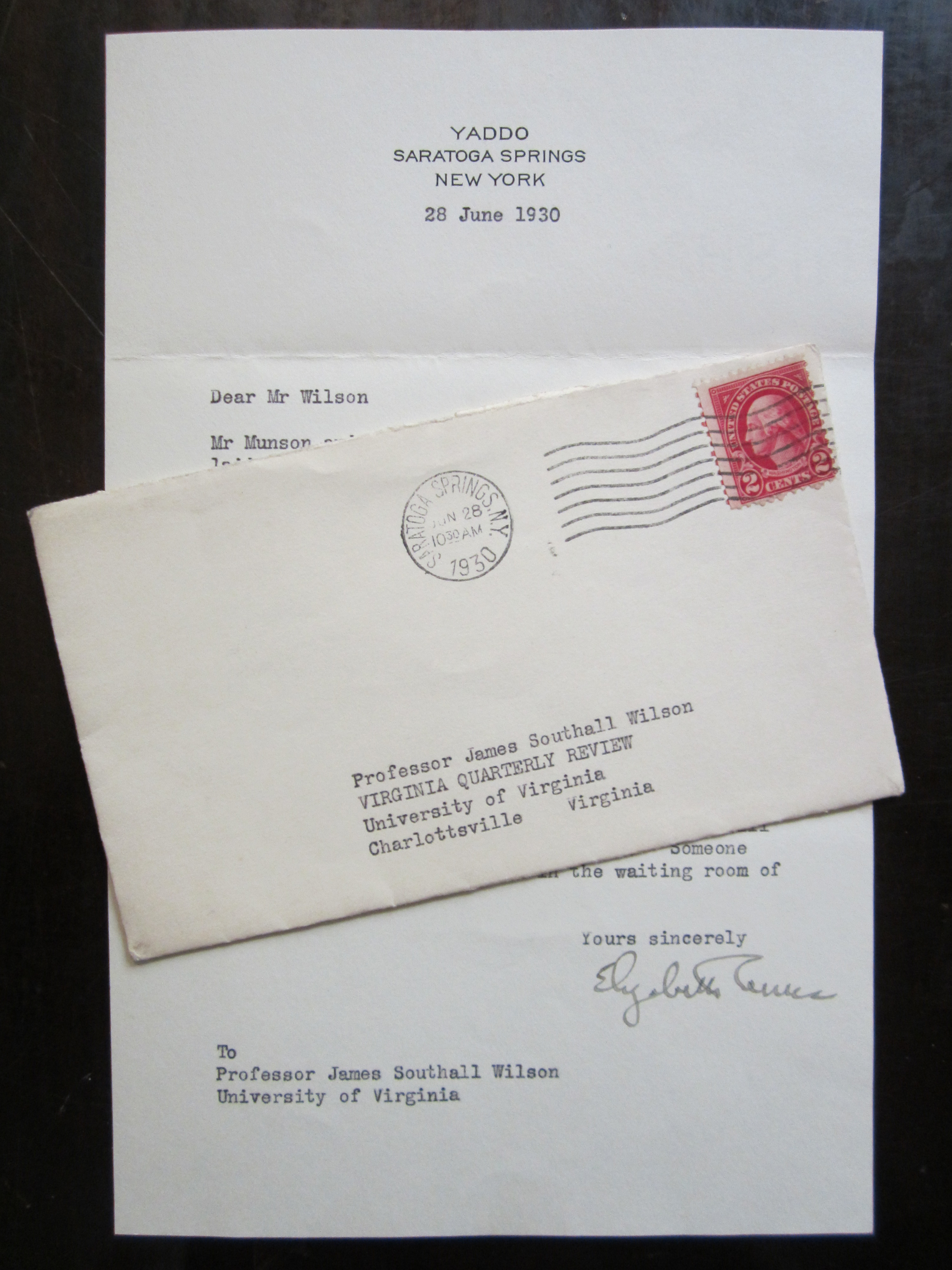 The arrangement of a literary conference by Professor James Southall Wilson with Elizabeth Ames, the director at Yaddo for many years, reveals another University of Virginia connection to Yaddo, June 28, 1930. (MSS 12708-a. Photograph by Donna Stapley).

Y is for Richard Yates

Novelist and short story writer, Richard Yates, is widely considered one of the premier post WWII writers of American fiction. His 1960 novel, Revolutionary Road was lauded by critics and writers alike, but none of his work sold especially well during his lifetime. Yates found work as a writing instructor at many universities, including Columbia, the University of Iowa Writer’s Workshop, and the New School for Social Research. A search of our online catalog shows four entries of Richard Yates. 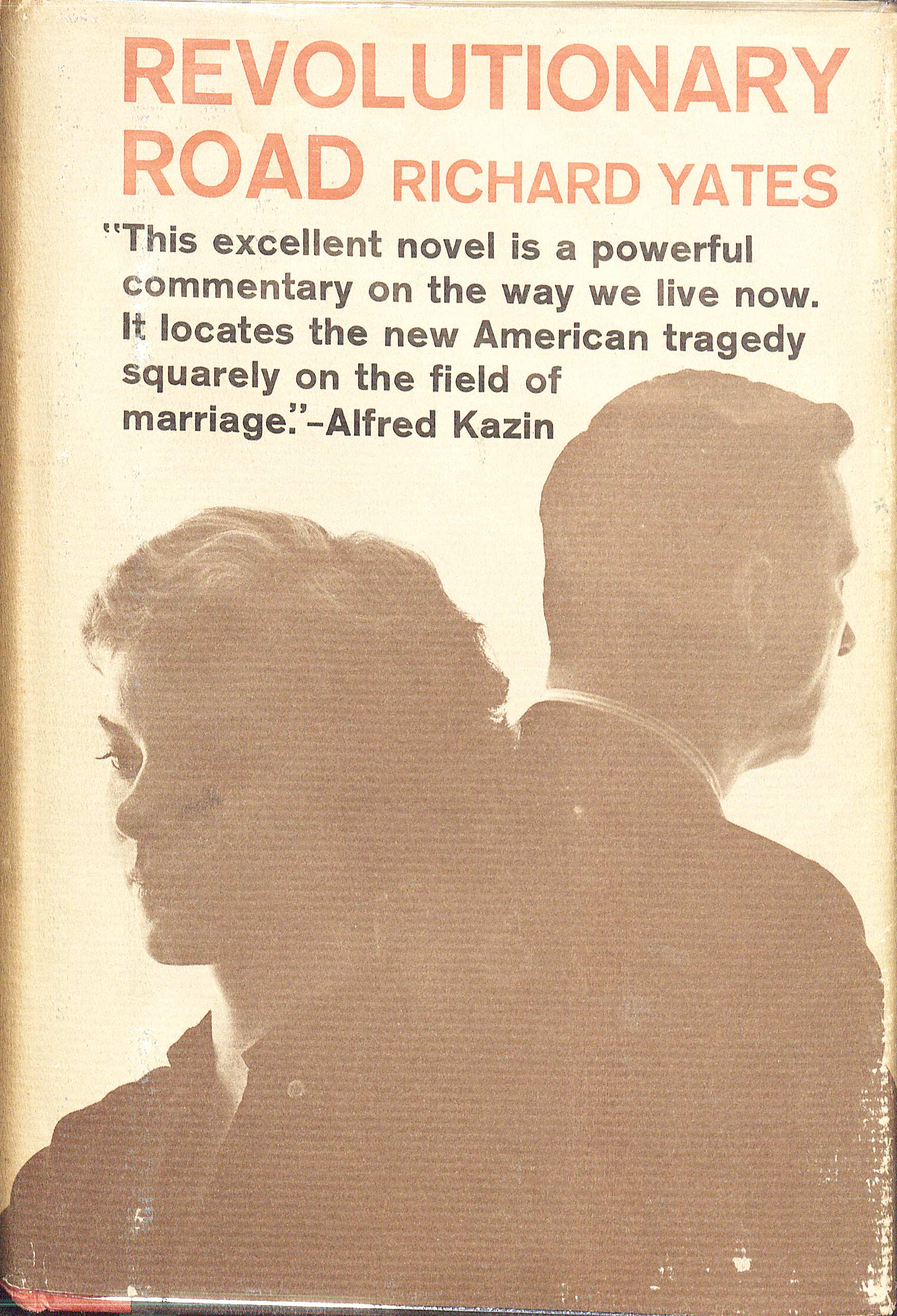 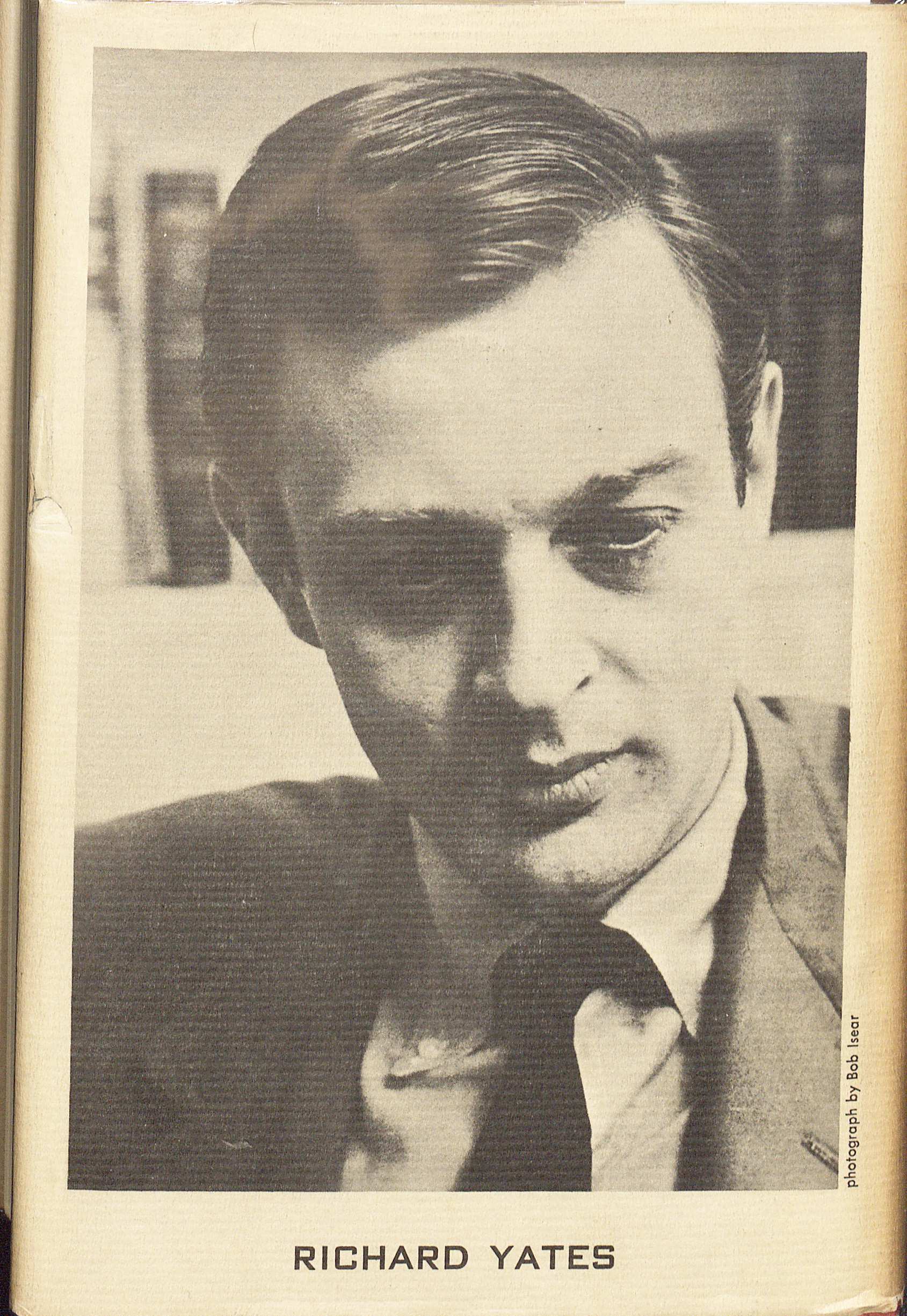 Y is for Yearbook

From societies and clubs, to high schools and colleges, Special Collections has many yearbooks.  U.Va.’s student yearbook, Corks and Curls, came into the world in 1888 and sadly ceased to be after its 2008 issue.  Corks and Curls gives readers a glimpse into the antics, biases, rebellion, sacrifices, amusement, accomplishments, and achievements of U.Va.’s student body over 100 years of social and academic change. 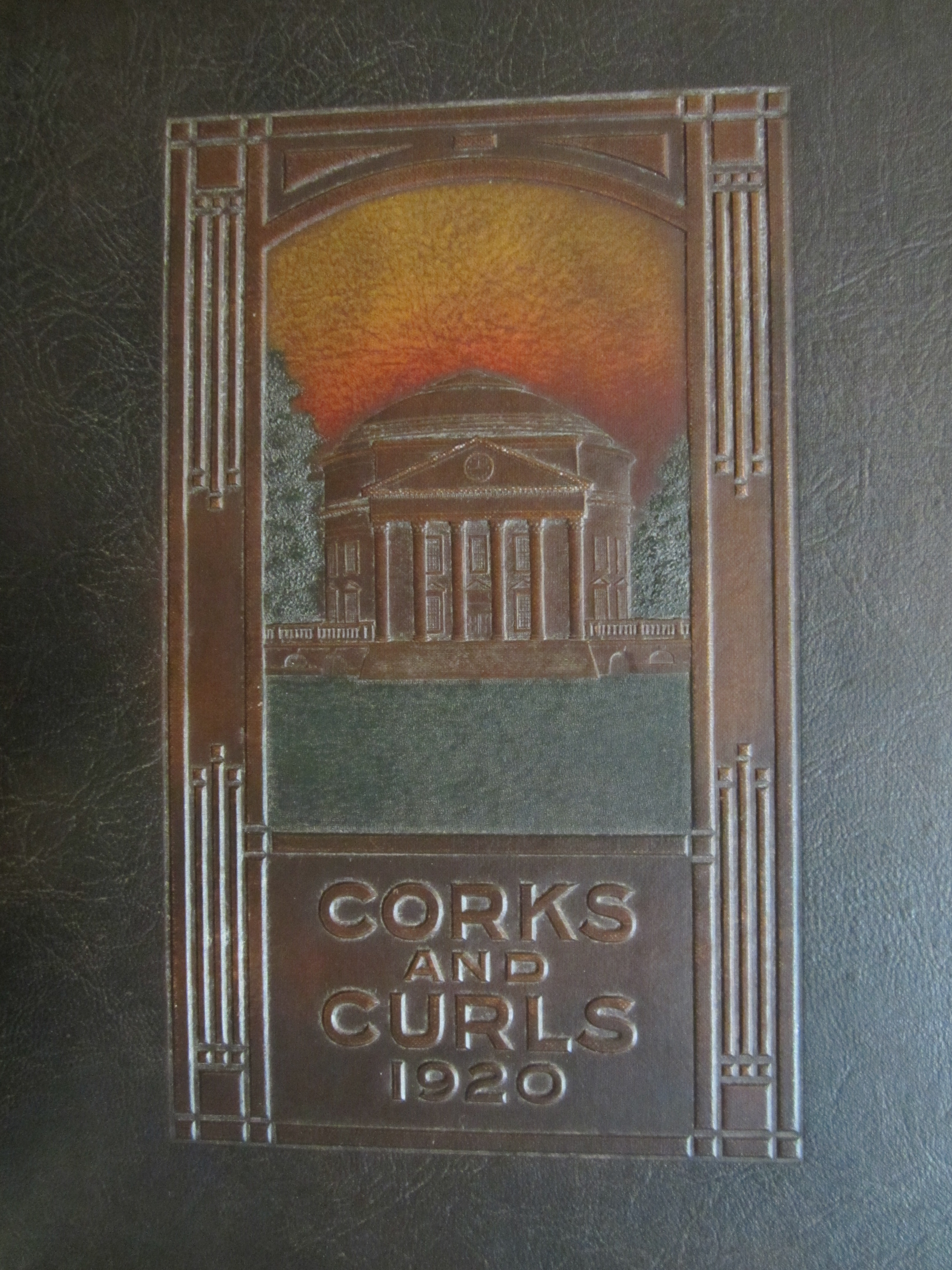 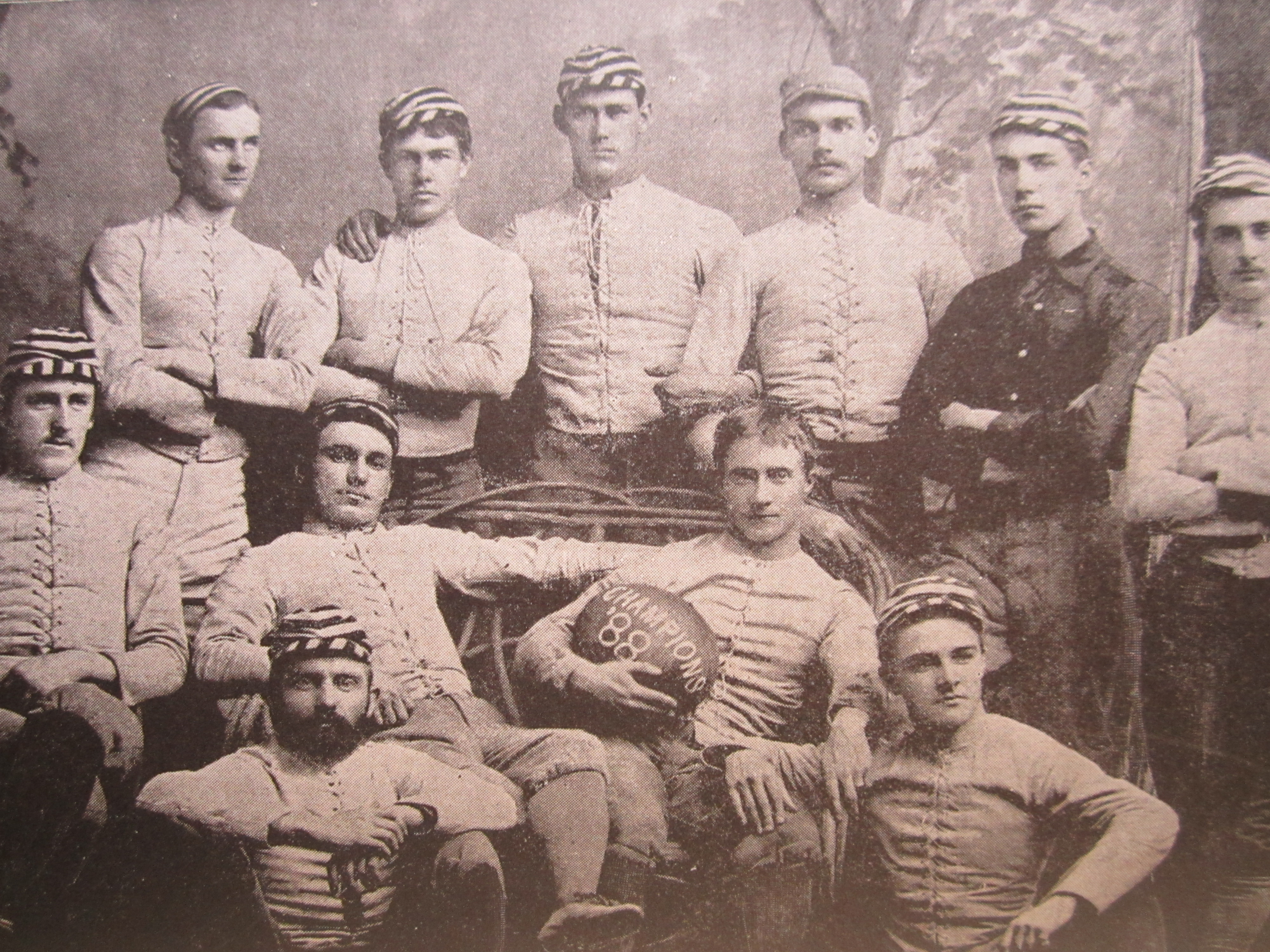 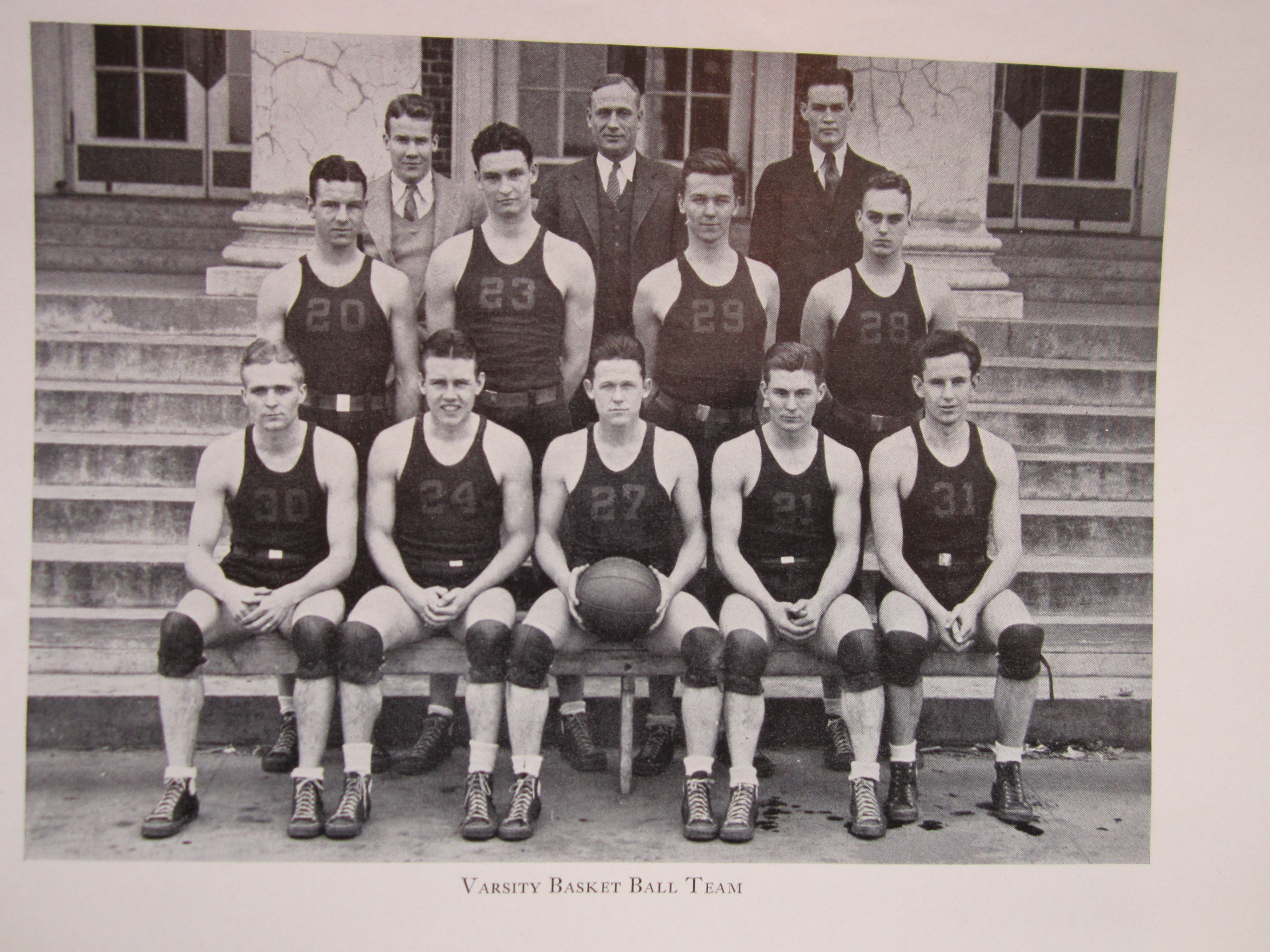 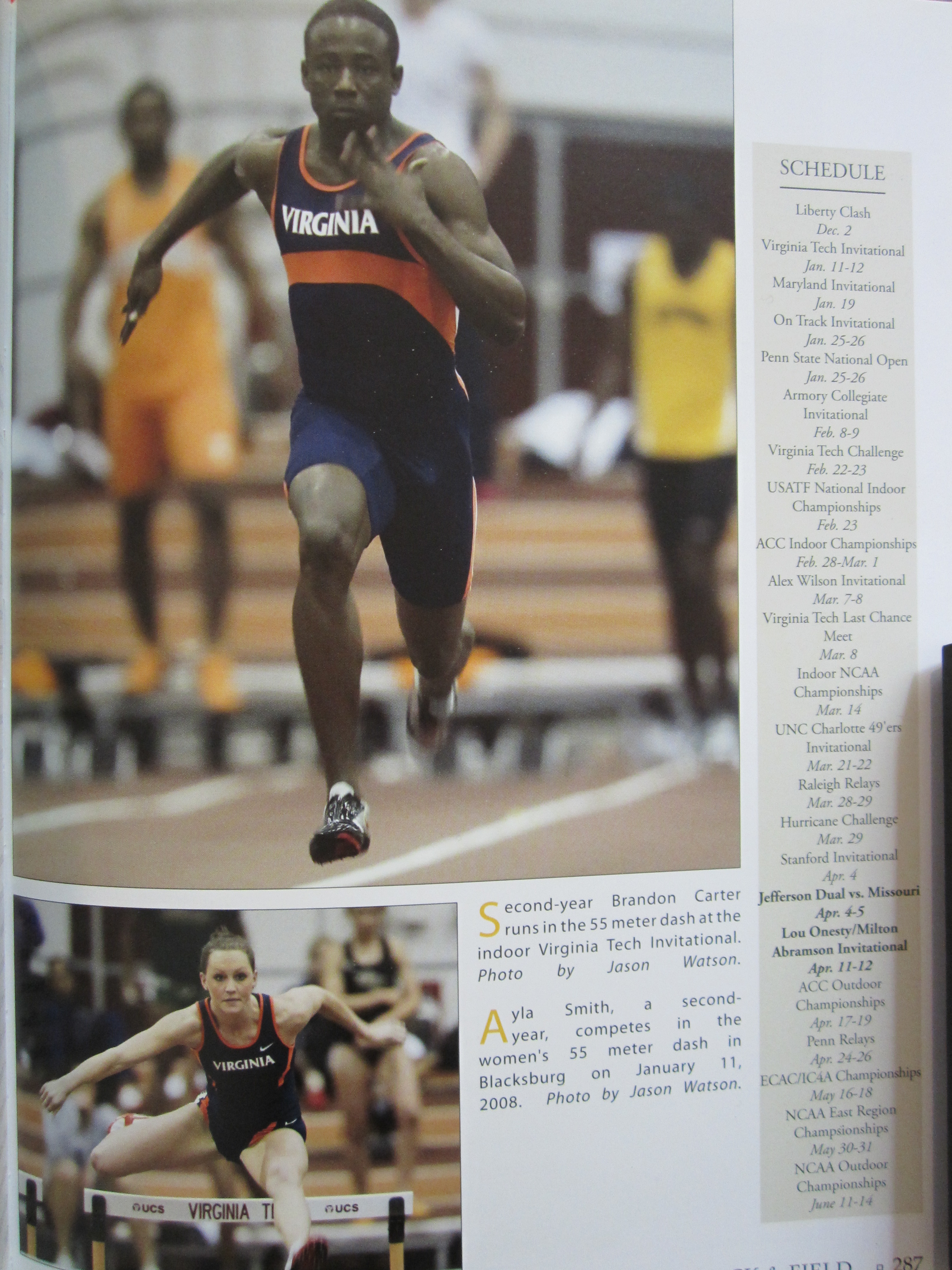 It is hard to believe, but there is only one more letter to go!  Please join us two weeks from today for our final letter and the conclusion of our alphabet series.