We are pleased to feature a guest post by Susan Gravatt, Fourth-Year Media Studies major/Religious Studies minor and blogger for The Media Studies Experience.

Turn back the clock 40 years, and an edition of The Cavalier Daily appears quite differently from the predominantly online publication that it is today. However, its attention to particular facets of student life is surprisingly similar. Diversity, a regular topic of discussion that I have heard throughout my four years at the University of Virginia, receives a handful of nods in a February edition of the student newspaper from 1974.

I could have spent days mulling through the Special Collections archives of the newspaper that date back to the 1890s. However, I especially wanted to see the paper’s emphasis on race in the 1970s, since universities nationwide were still acclimating to integration.

Black Culture Week appears in an edition of the publication from February 8, 1974. That year marked the Black Student Alliance’s (BSA) 4th annual week-long celebration of encouraging “awareness of the black persons within the University community.” The BSA brought gospel choirs, concerts, and the “Black Ball” to Grounds. A student chairman for the BSA exclaimed Black Culture Week was “the highlight of the year for black students.” 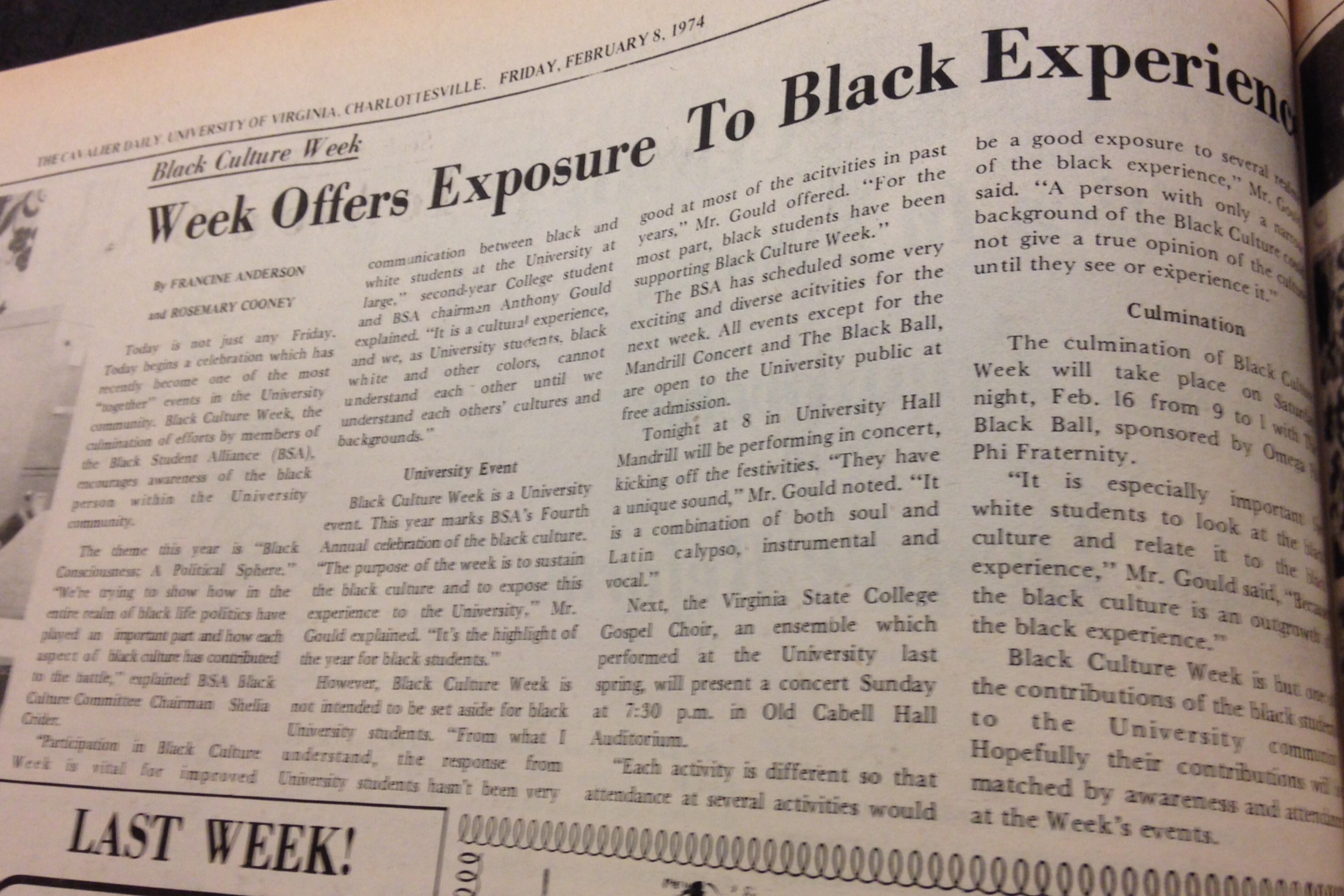 Fast-forward to the present, and The Cav Daily still has a vested interest in covering issues of race within the student body. But now, there may be a slightly bleaker picture. Just on Valentine’s Day of this past year, Jared Fogel, an opinion columnist for The Cav Daily wrote,

Since…. 1996, University minority percentages have stagnated. According to 2012-2013 statistics, 28.3 percent, or around 6,000, of the over 21,000 students that attend the University are minorities. This does not quite measure up to the around 36 percent of minorities that live in Virginia or the 37 percent of minorities that live in the U.S.” Although The Cavalier Daily is addressing concerns for not just blacks but all racial minorities, the paper’s writers continue to hope to educate and inform their fellow students regarding issues of race and what they mean for the entire University.

After flipping through the 1974 paper, though, I asked myself, “What happened to Black Culture Week?” As far as I could find from the BSA website, the University did not hold a similar event in 2014, though these festivities did take place last February.

Do any readers recall Black Culture Week celebrations during the 1970s? How did they shape student life, for the week and beyond? 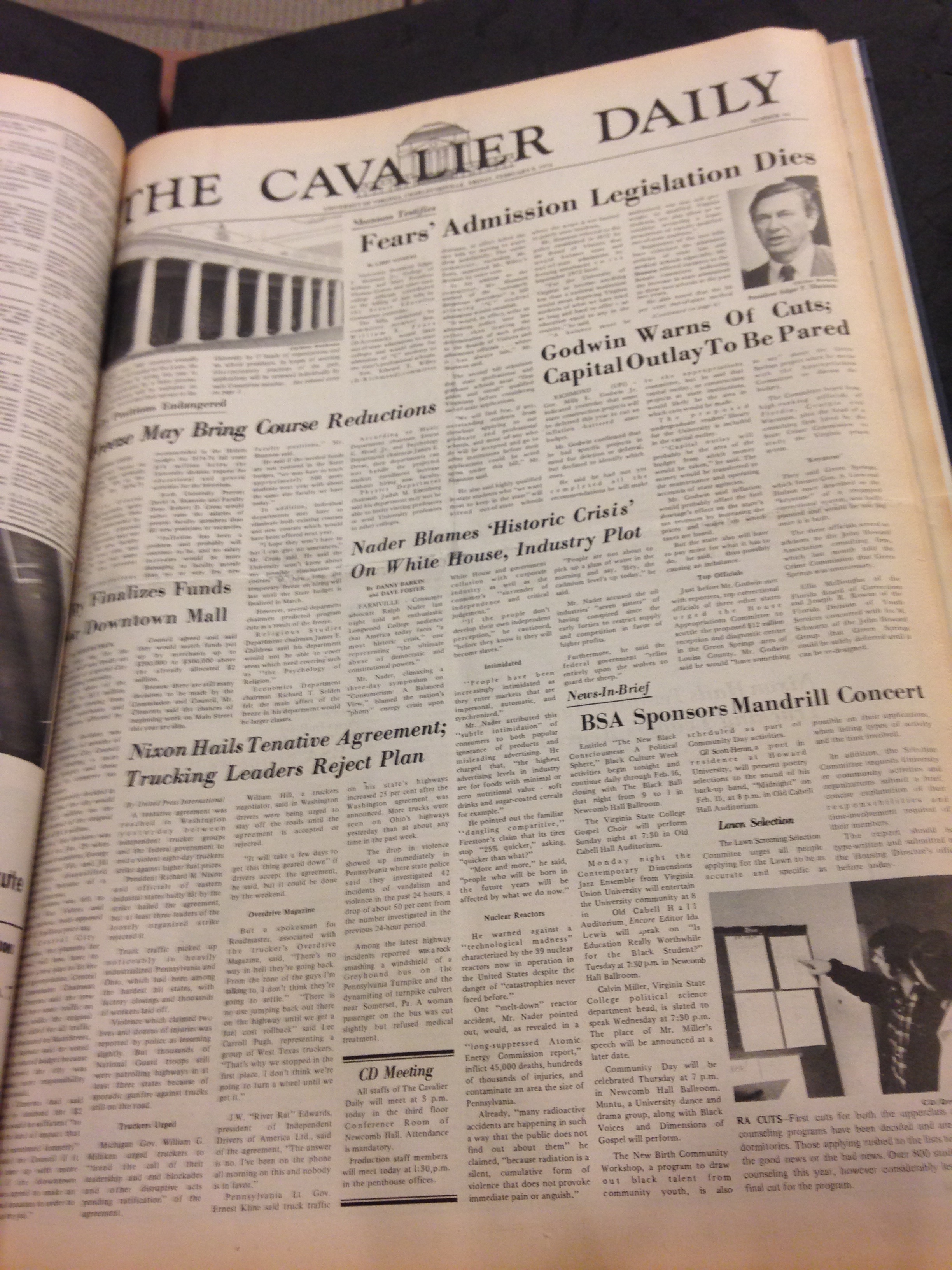