With more letters behind us than left to go, we now come down to the surprisingly subversive  letter…

O is for Octoroon

During the European colonial period and throughout chattel slavery in the Americas, a new terminology sprung up to define race. “Octoroon” was the term for a person with one-eighth African ancestry.  This and similar terms, such as “mulatto” and “quadroon,” flourished in the American literary–and commercial–imagination alike. Today, similar racial signifiers are still used in marketing:  “Uncle Ben” to sell rice and “Aunt Jemima” to sell pancakes. 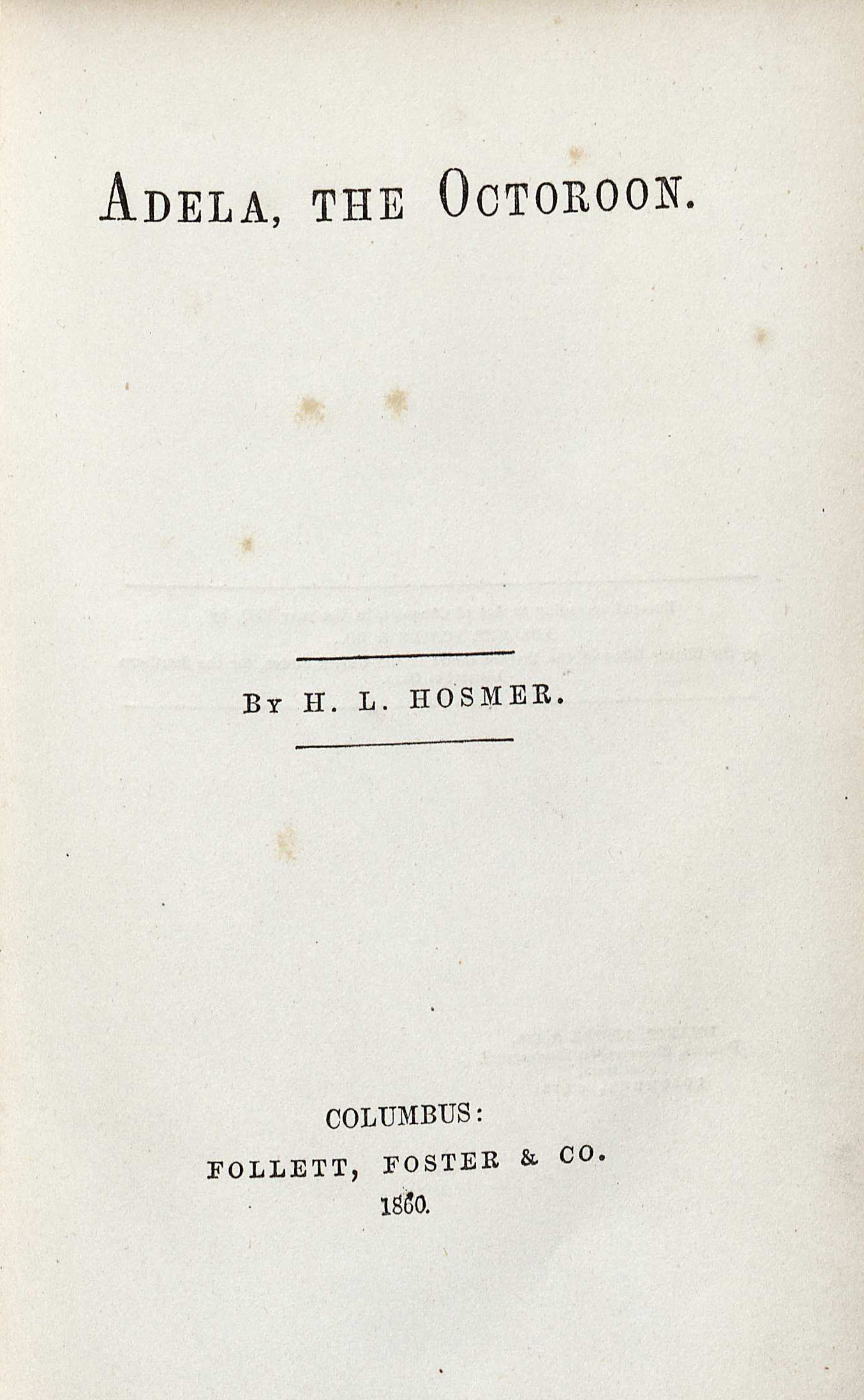 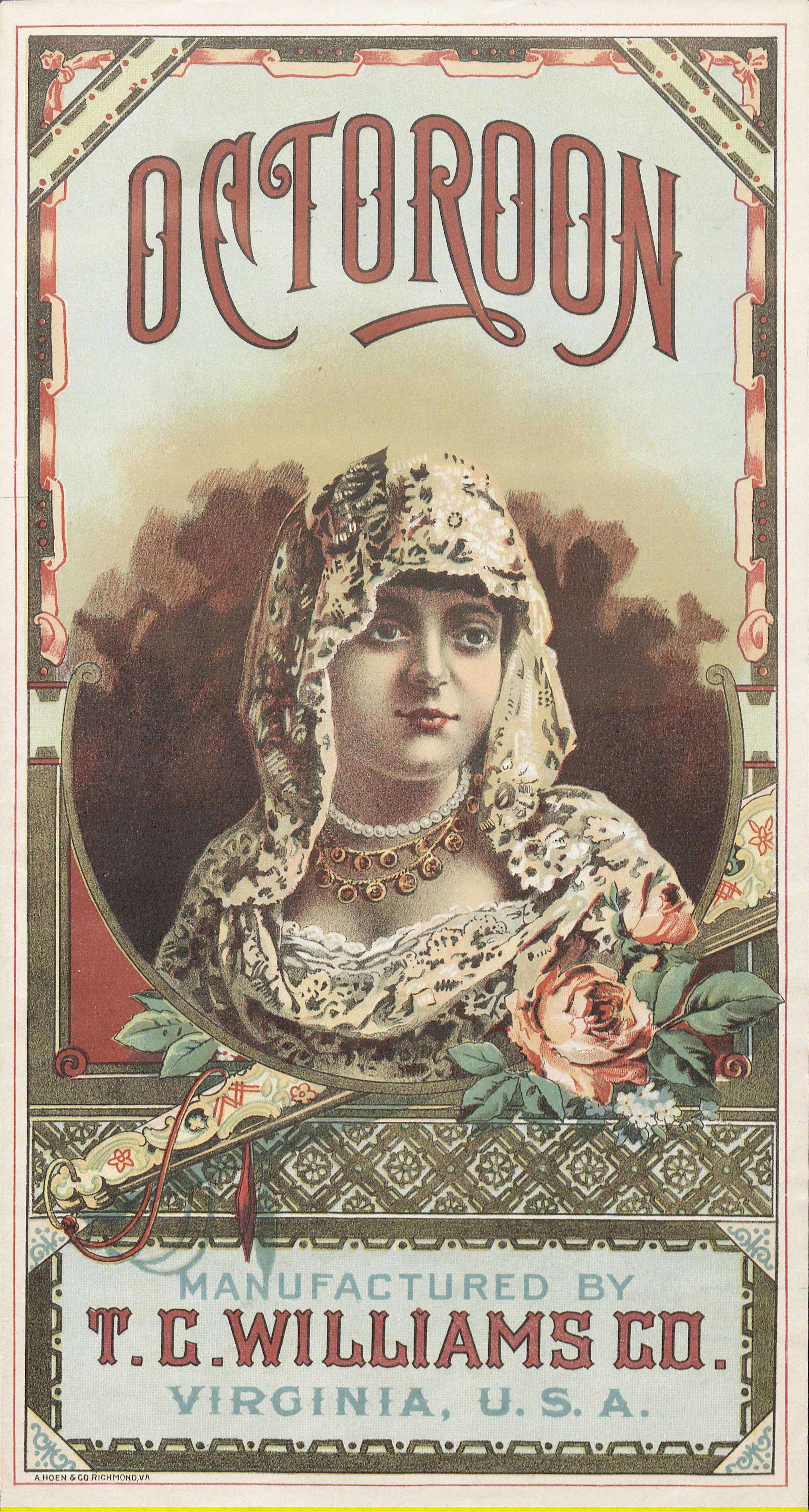 O is for Charles Olson

American poet Charles Olson considered himself an “archeologist of morning.” His poems and essays bridged the gap between modernist poets like Ezra Pound and William Carlos Williams and poets of the sixties and seventies, including Robert Duncan, Robert Creeley, and Denise Levertov. He was associated with several major poetry communities, including the New York School, the Black Mountain poets, the Beats, and the San Francisco Renaissance. A search of our online catalog shows 77 entries related to Charles Olson. 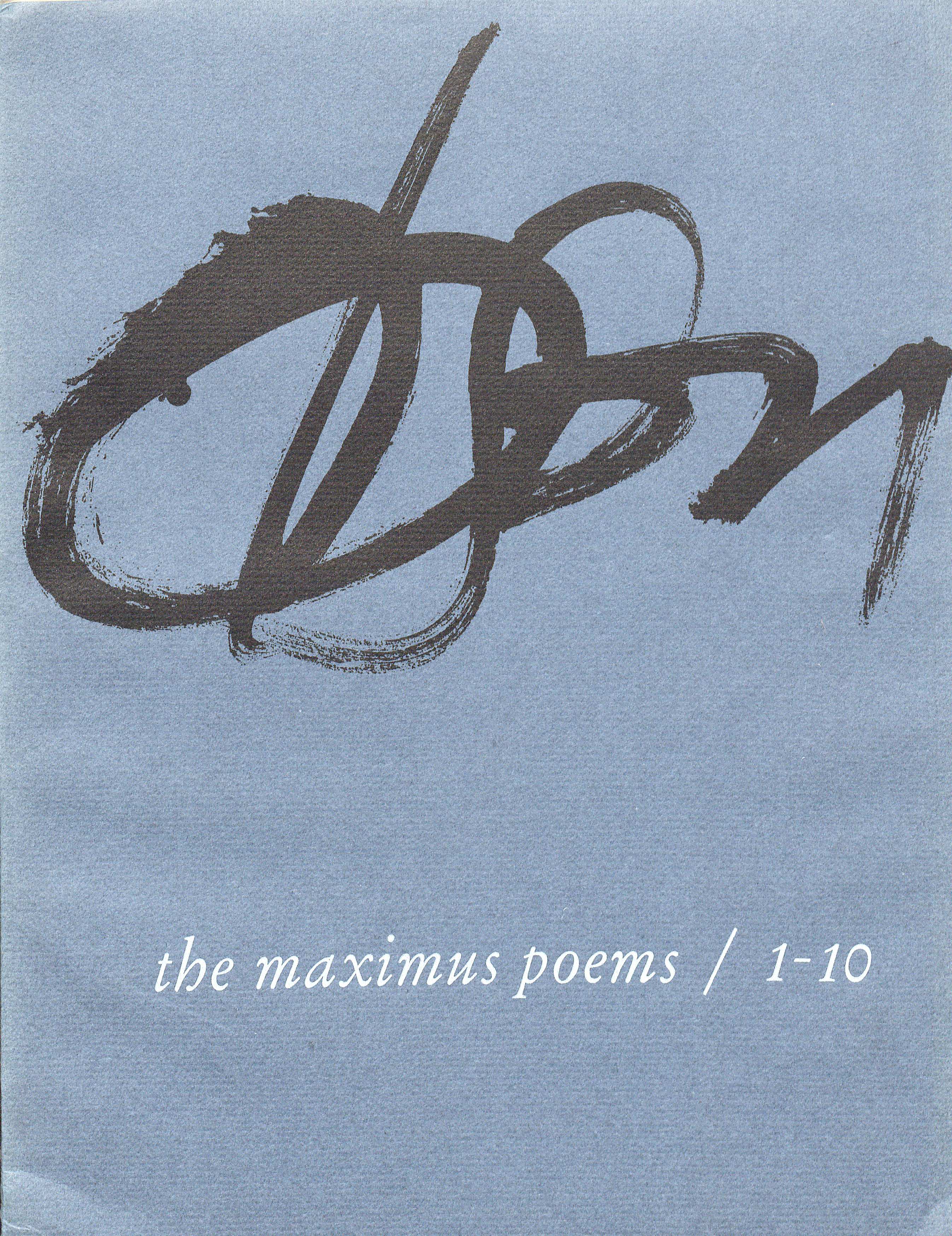 O is for Opium

Opium was introduced to western society from Asia during the Middle Ages. The eighteenth and nineteenth centuries saw the development of tinctures and derivative drugs such as laudanum, morphine, and codeine. Medicinal use of the drug was widespread in both England and the United States as a cure-all for everything from coughs to psychosis. With the influx of Chinese immigrant labor to the United States and other countries in the mid-nineteenth century, recreational use of opium began to be more widespread, especially in major cities where “opium dens” became prolific.  Although global regulation and prohibition of the drug began in the early twentieth century, control of the opium trade still remains an issue today. 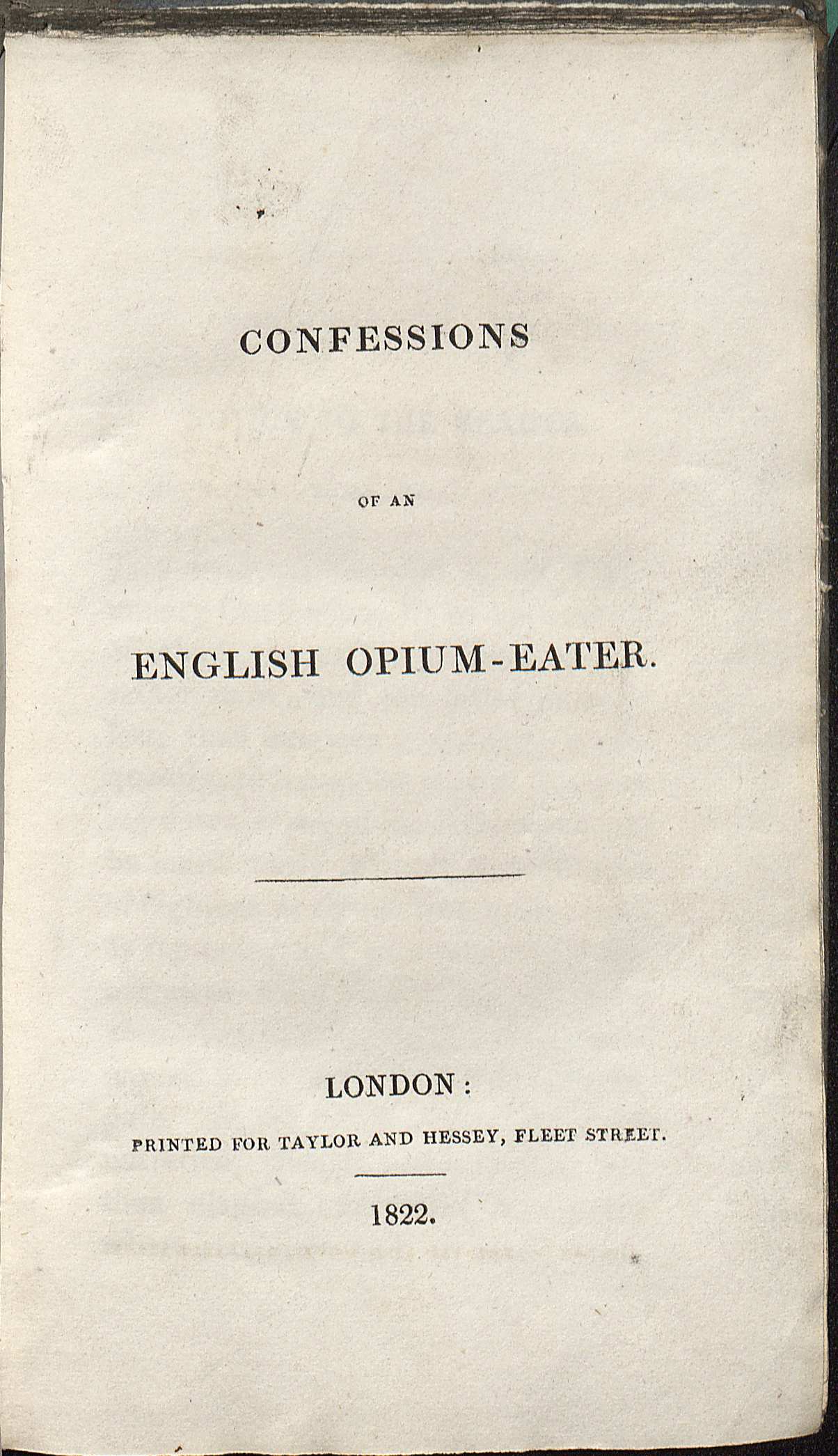 The first edition of Confessions of an English opium-eater by Thomas De Quincey.  London: Printed for Taylor and Hessey, 1822.   In an 1824 letter, John Randolph of Roanoke wrote, “Have you ever read ‘The Confessions of an English Opium Eater’?  I can vouch for the correctness of the picture there drawn of the pleasures & pain of opium.” (E 1822 .D46. Tracy W. McGregor Library of American History. Image by Petrina Jackson) 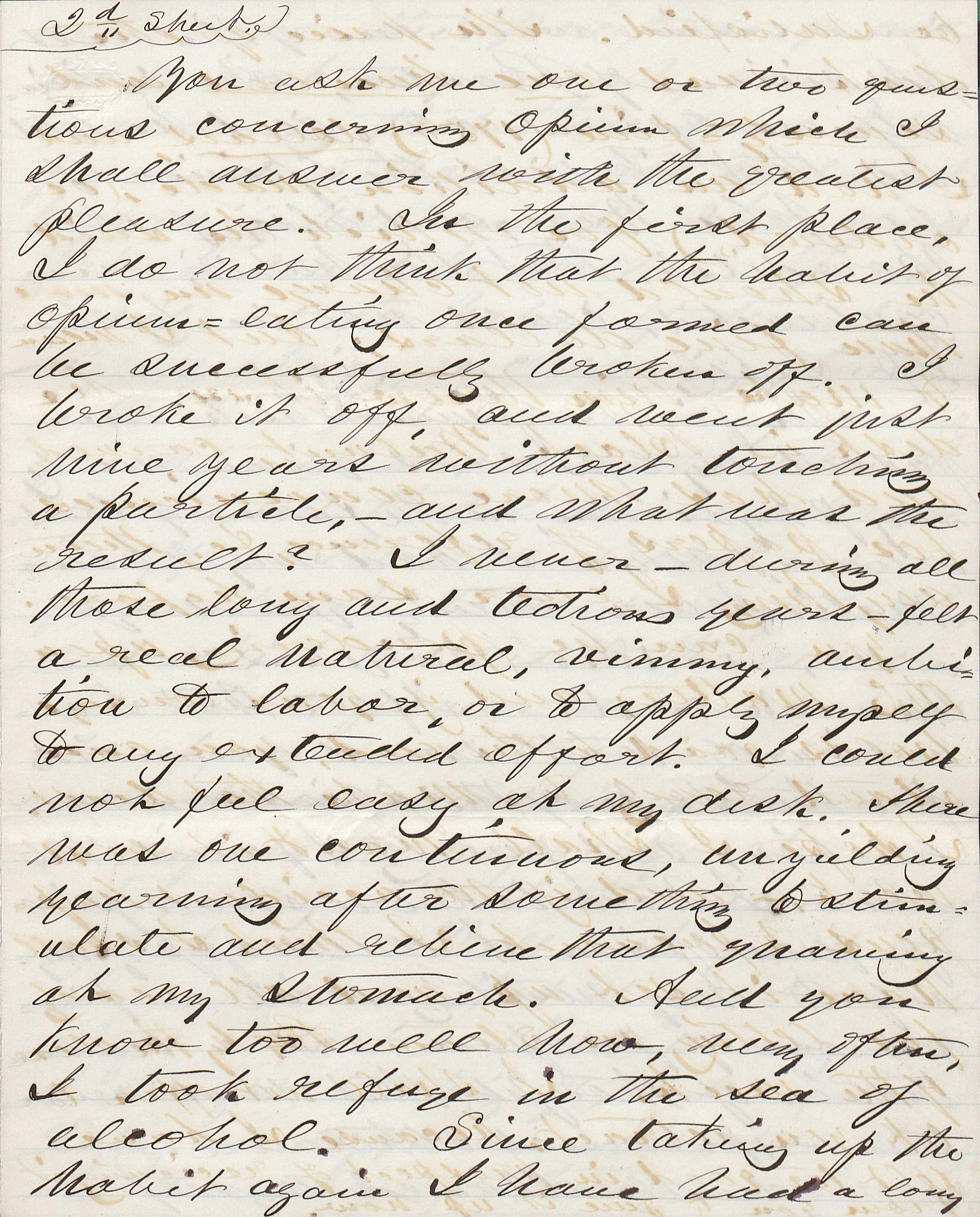 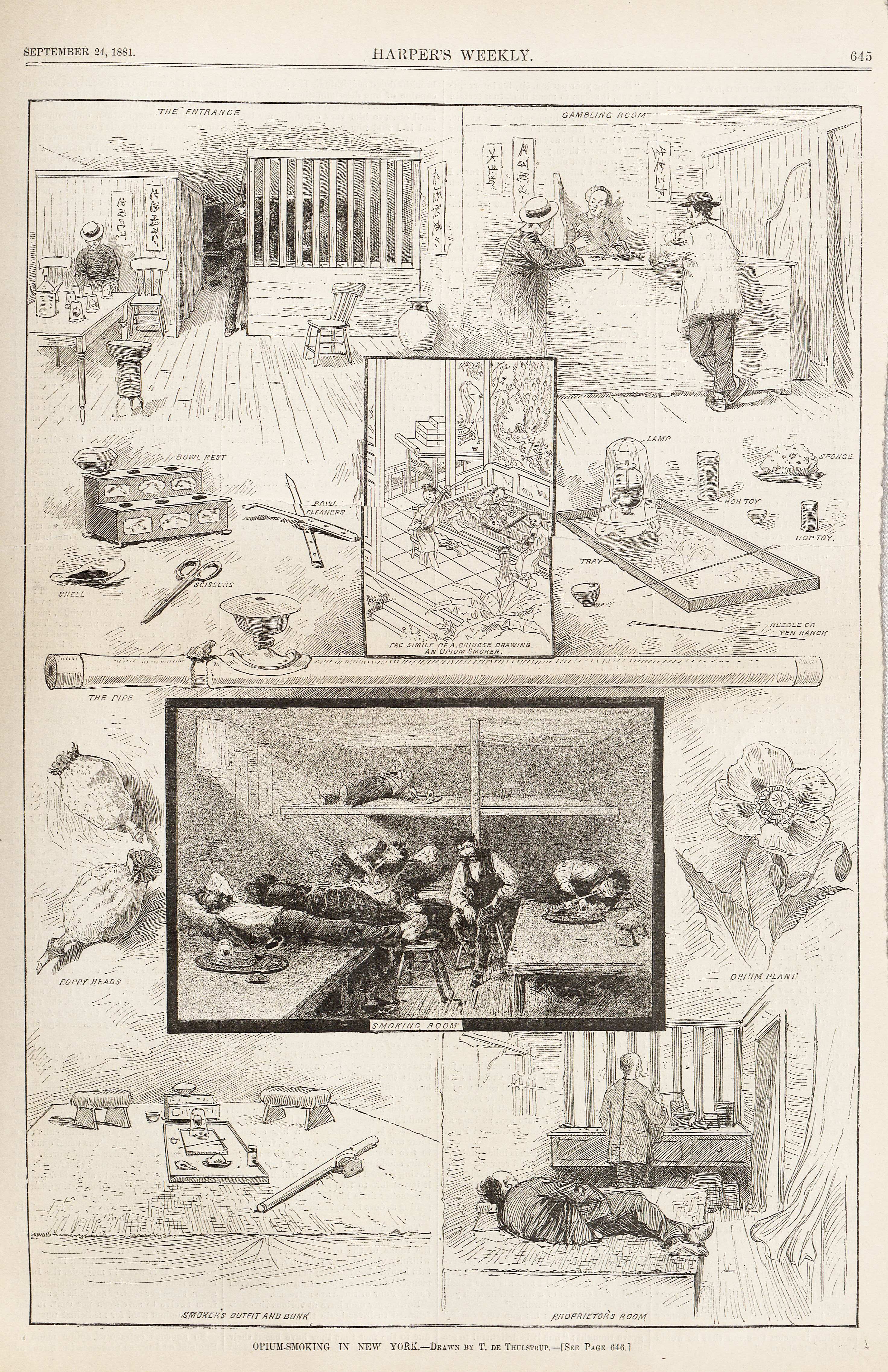 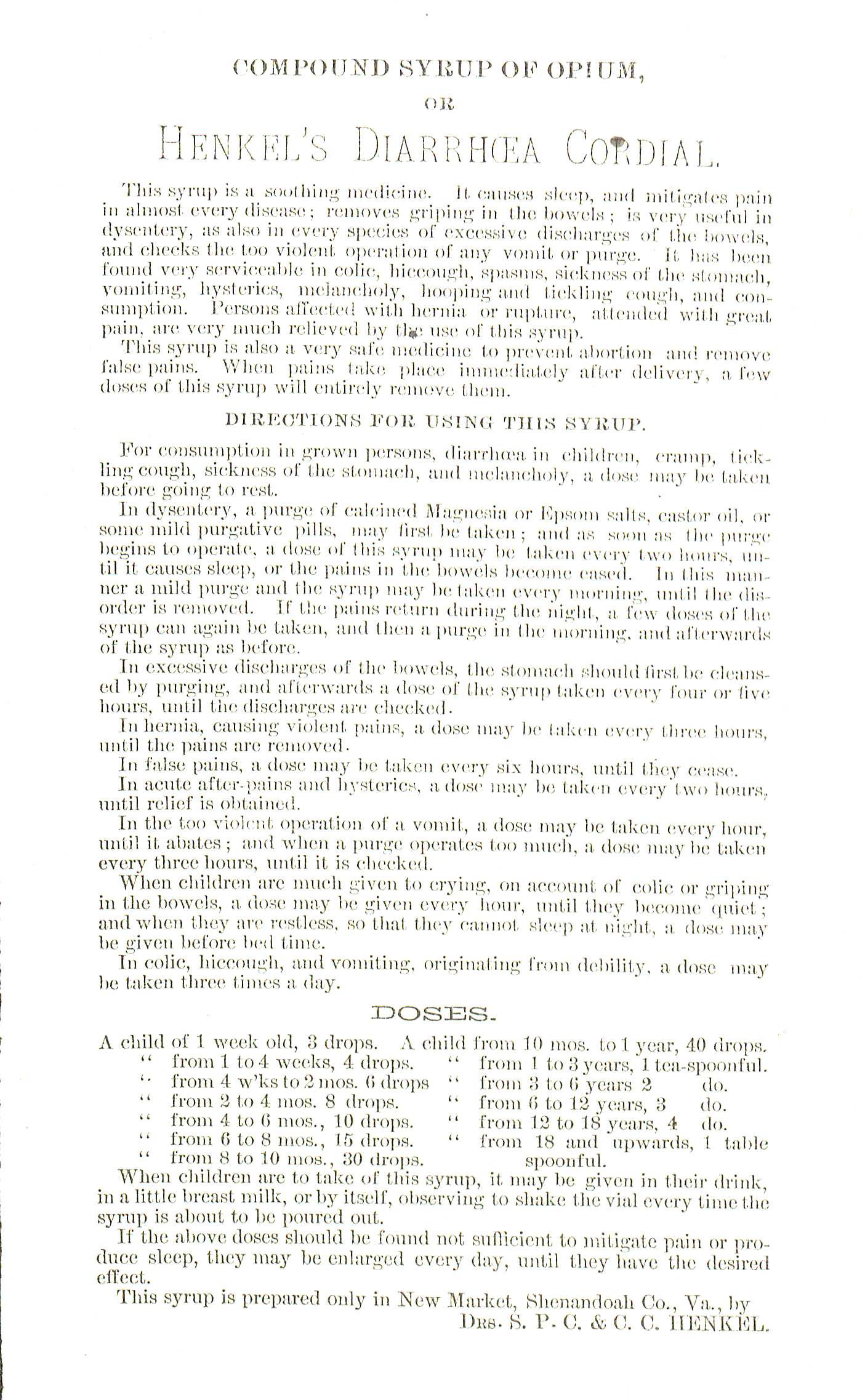 O is for Osawatomie

Osawatomie, Kansas was the site of bloody conflict between abolitionist forces and pro-slavery “Border Ruffians” from neighboring Missouri on August 30, 1856. Although the anti-slavery forces were defeated, the battle brought national attention to their leader, John Brown. This notoriety enabled Brown to raise funds for his plan to incite an uprising and arm slaves across the South. Brown and his forces attacked and seized the Federal armory at Harper’s Ferry, Virginia on October 16, 1859. The raid was ultimately a failure and Brown was captured, tried, and finally hanged on December 2, 1859. The raid sent waves of panic throughout the South, where Brown was reviled as a treasonous lunatic,
and electrified anti-slavery forces in the North where Brown was proclaimed a martyr. Brown’s legacy in the 150 years since his death is still debated and the name “Osawatomie” has been used by groups espousing both peaceful and violent social action. 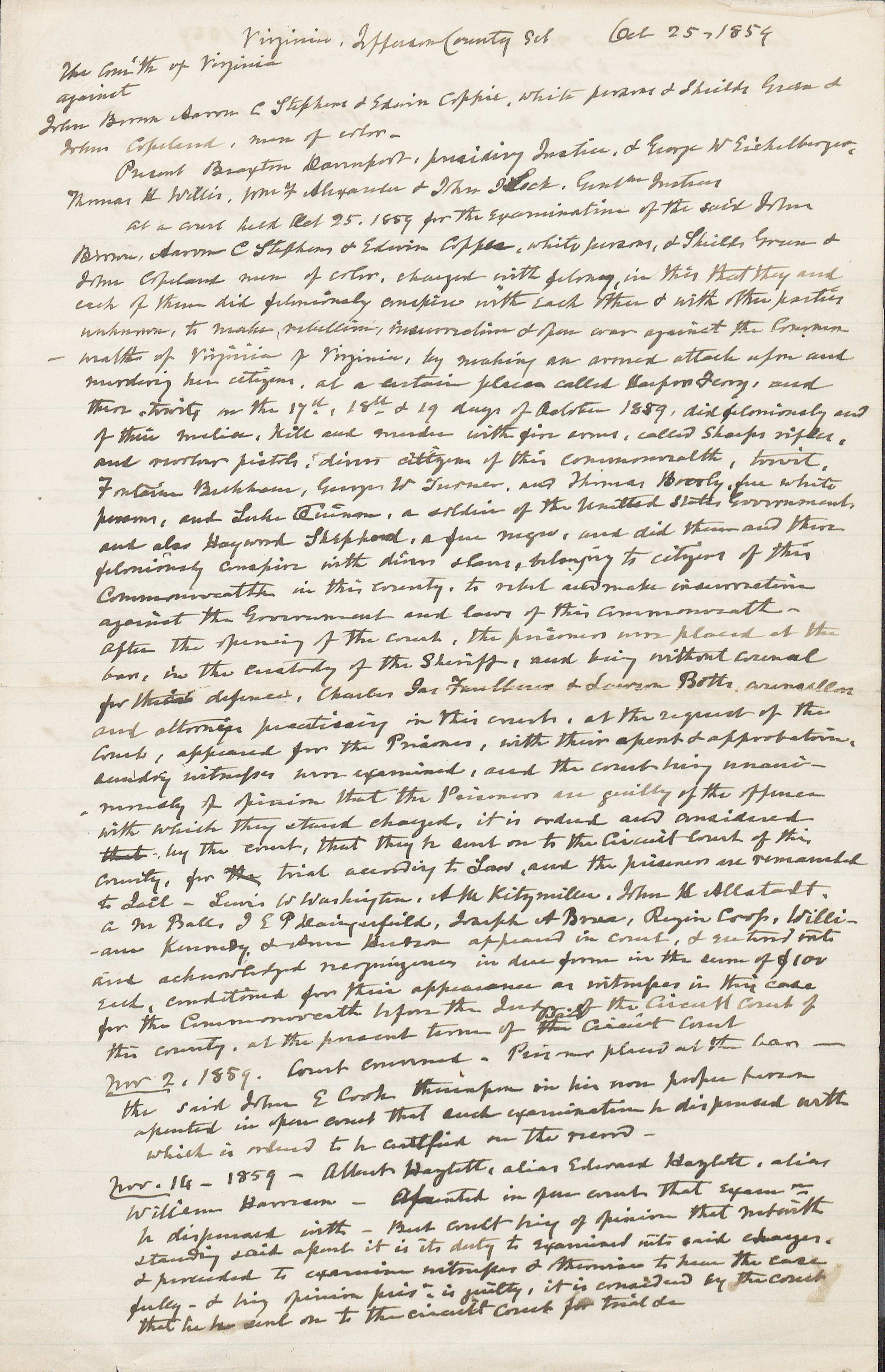 “Record of the trial of John Brown and his associates,” undated. For November 2, Virginia Circuit Court Judge Richard Parker notes “Verdict guilty of treason as charged in 1st count of indict. – also of advising & conspiring with slaves & others to rebel as charged in 2d count of the indict. & of murder in 1st degree as charged in 3rd and 4th counts–John Brown, led in & it being demanded of him…if any thing for himself he has or knows to say why the court should not proceed to judgment, & execution –but had nothing but what he had before said.  Therefore it is considered that he be hanged by the neck until he is dead.” (MSS 11634. Paul Mellon Bequest. Image by Petrina Jackson) 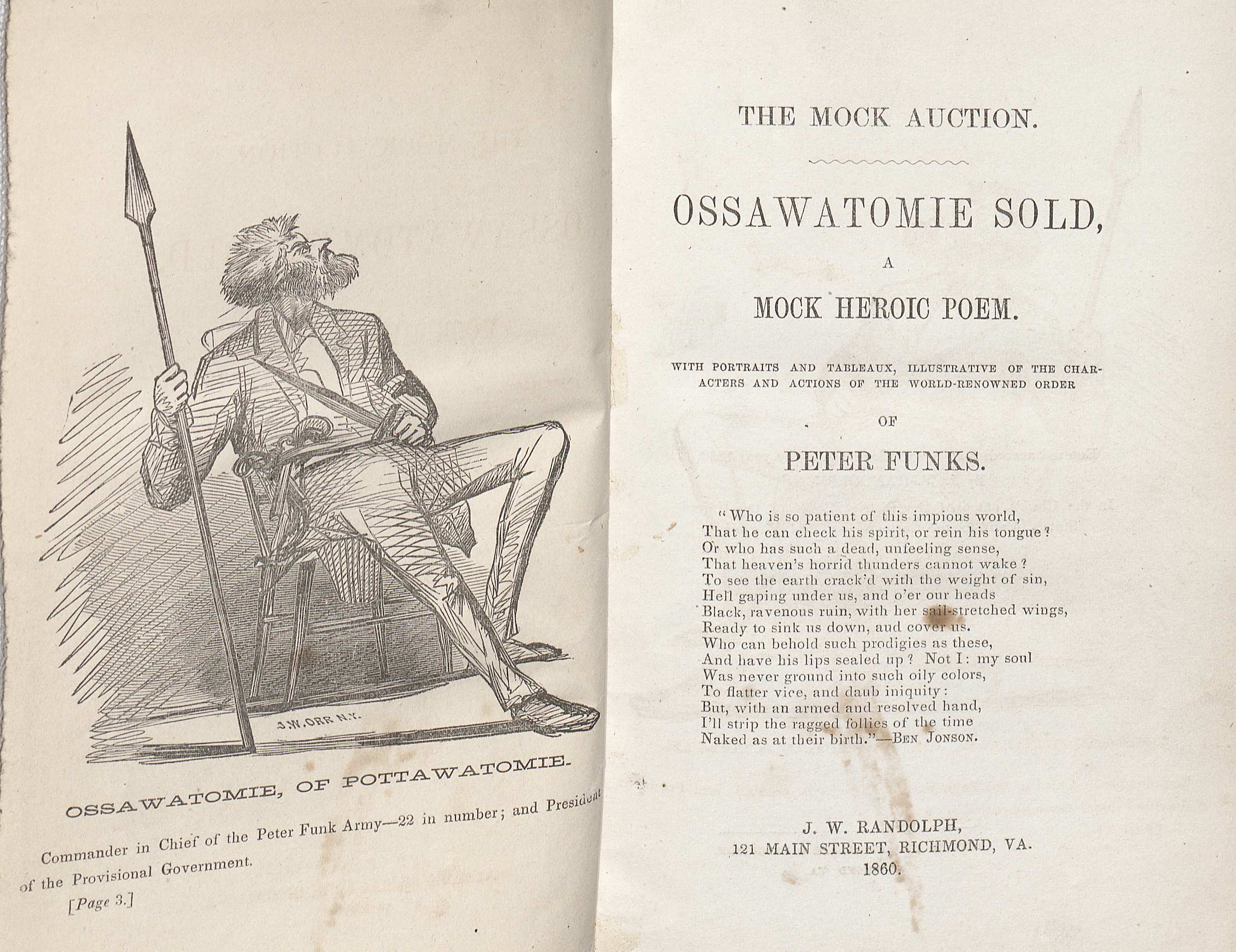 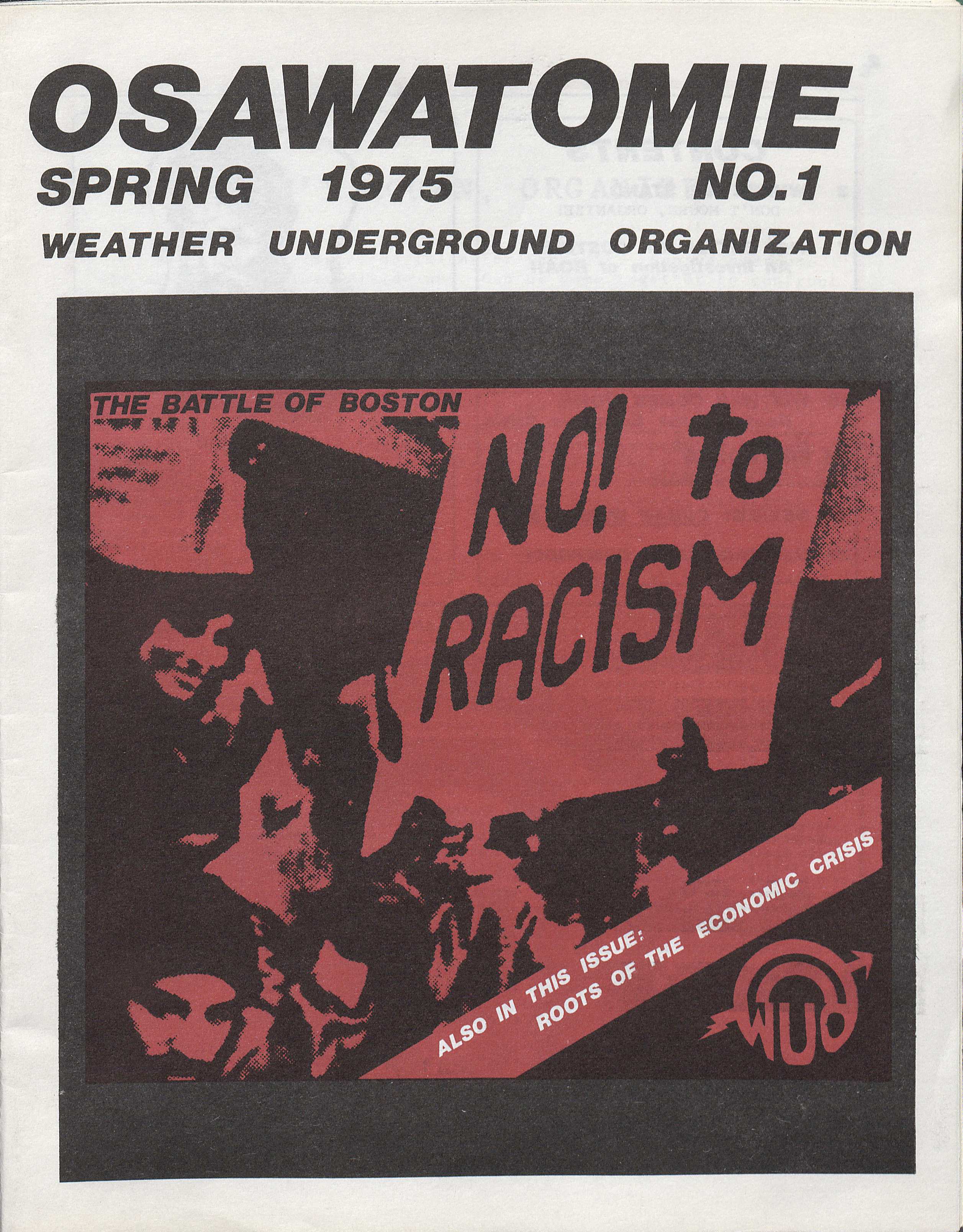 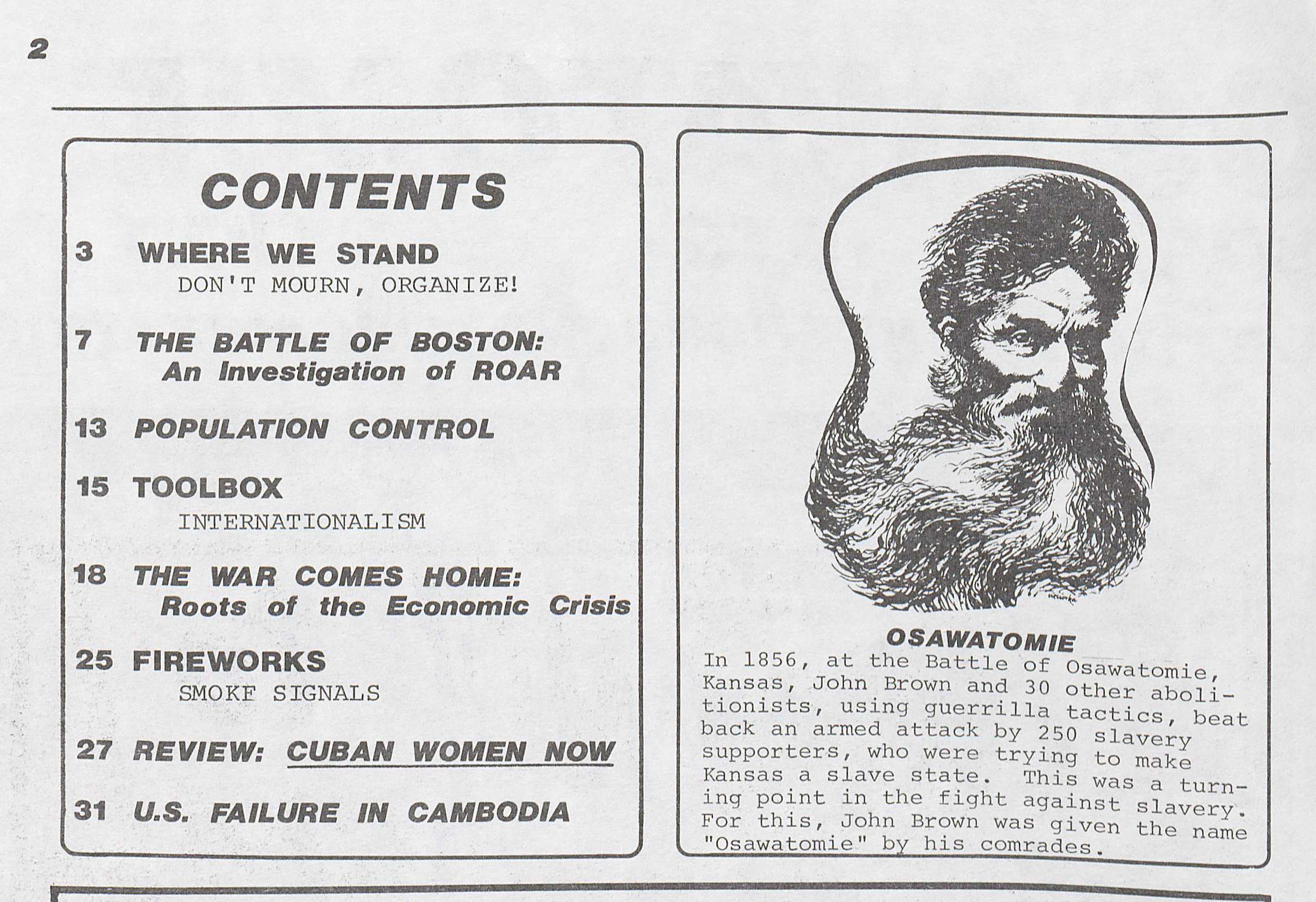 Table of Contents of The Weather Underground’s magazine Osawatomie, no. 1, 1975. (HX 1 .O8. Image by Petrina Jackson)

That concludes our edition of the letter “O.”  Don’t miss our next installation, featuring “P!”