And now for your reading and viewing pleasure, the letter

M is for the word “Mason” in the final entry in this blog post (MSS 3837. Photograph by Molly Schwartzburg)

M is for Robert McAlmon

An accomplished writer in his own right, Robert McAlmon’s greatest contribution to literary culture may have been his publishing enterprises. First printing avant-garde prose and poetry in the Contact Review in New York, he moved to Paris in 1921 to immerse himself in the burgeoning artist scene there. He started Contact Publishing Company, and published many of the writers and poets who came to define their generation, including Ernest Hemingway’s first book, Three Stories & Ten Poems in 1923. He also typed and edited James Joyce’s manuscript of Ulysses before it was sent to the typesetter. A search of our online catalog shows 29 entries related to Robert McAlmon. 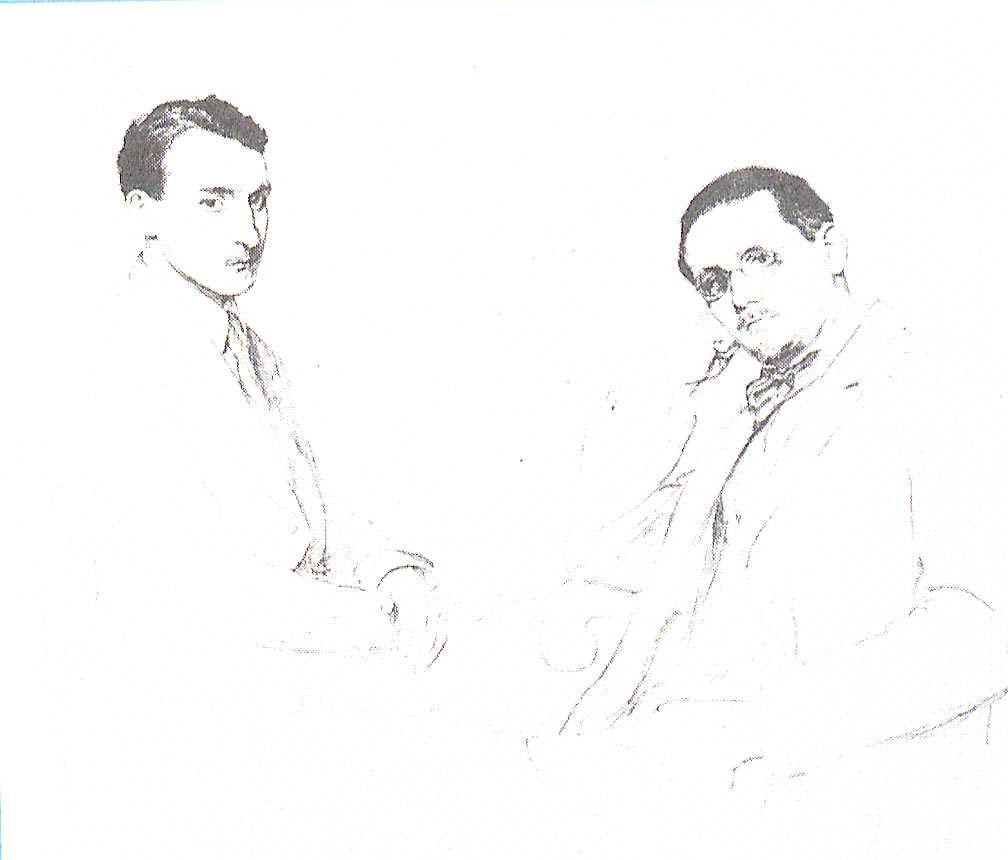 A sketch by Emil Becat of Robert McAlmon and James Joyce, which appears on the back cover of the book McAlmon and the Lost Generation (PS3525 .A1143 Z53 1962. Clifton Waller Barrett Library of American Literature. Image by Petrina Jackson) 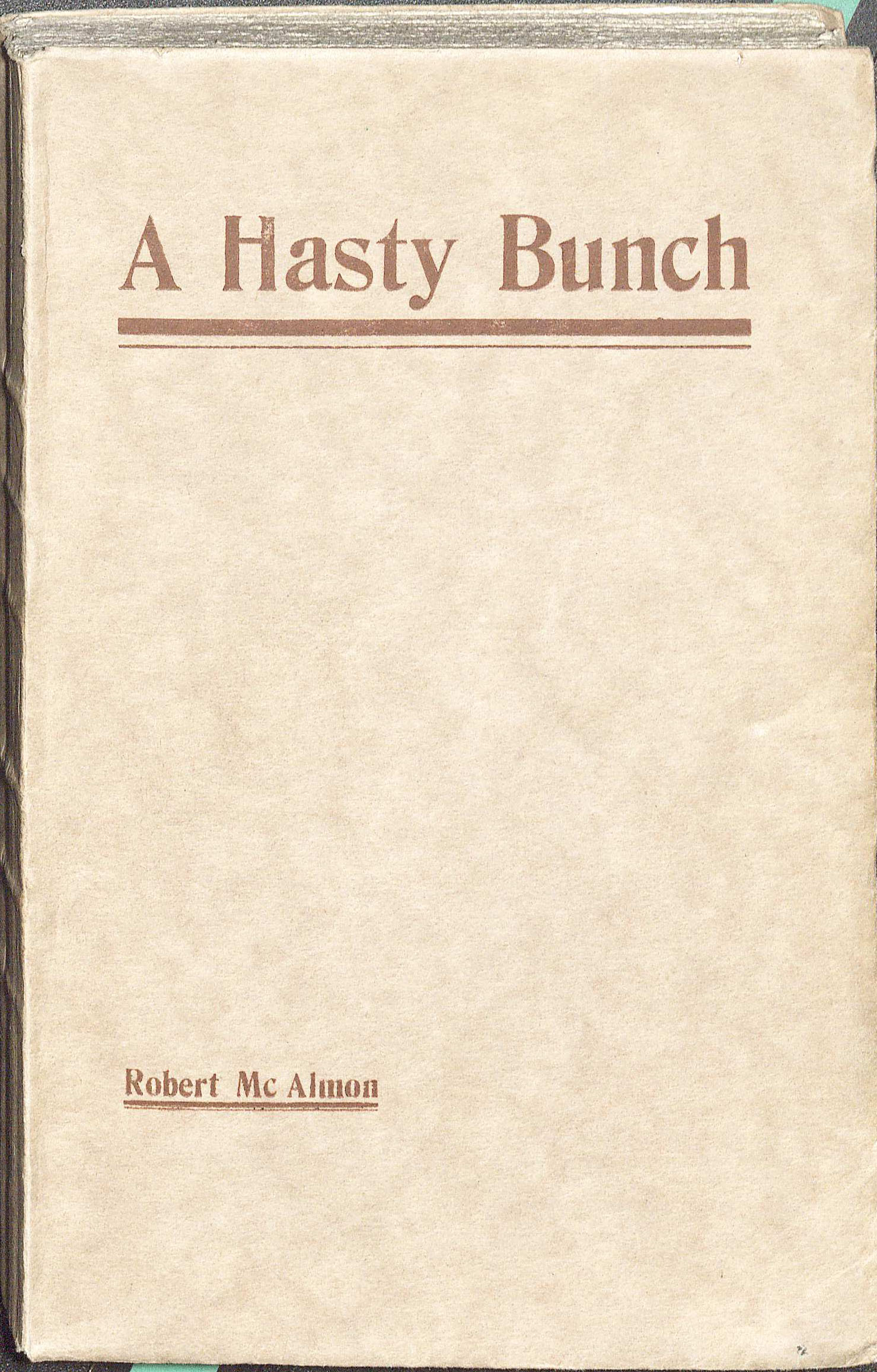 M is for Medieval Manuscript

The medieval manuscripts in our collections date as far back as the ninth century and well into the fifteenth. Holdings include Bibles, prayer books, and secular works, such as poems, philosophy, and law texts, as well as a variety of documents; many are fragments. Some are highly decorated with pigments made from natural substances, including parsley, vermillion, saffron, lapis lazuli and gold, and are written on vellum or parchment (animal skin). 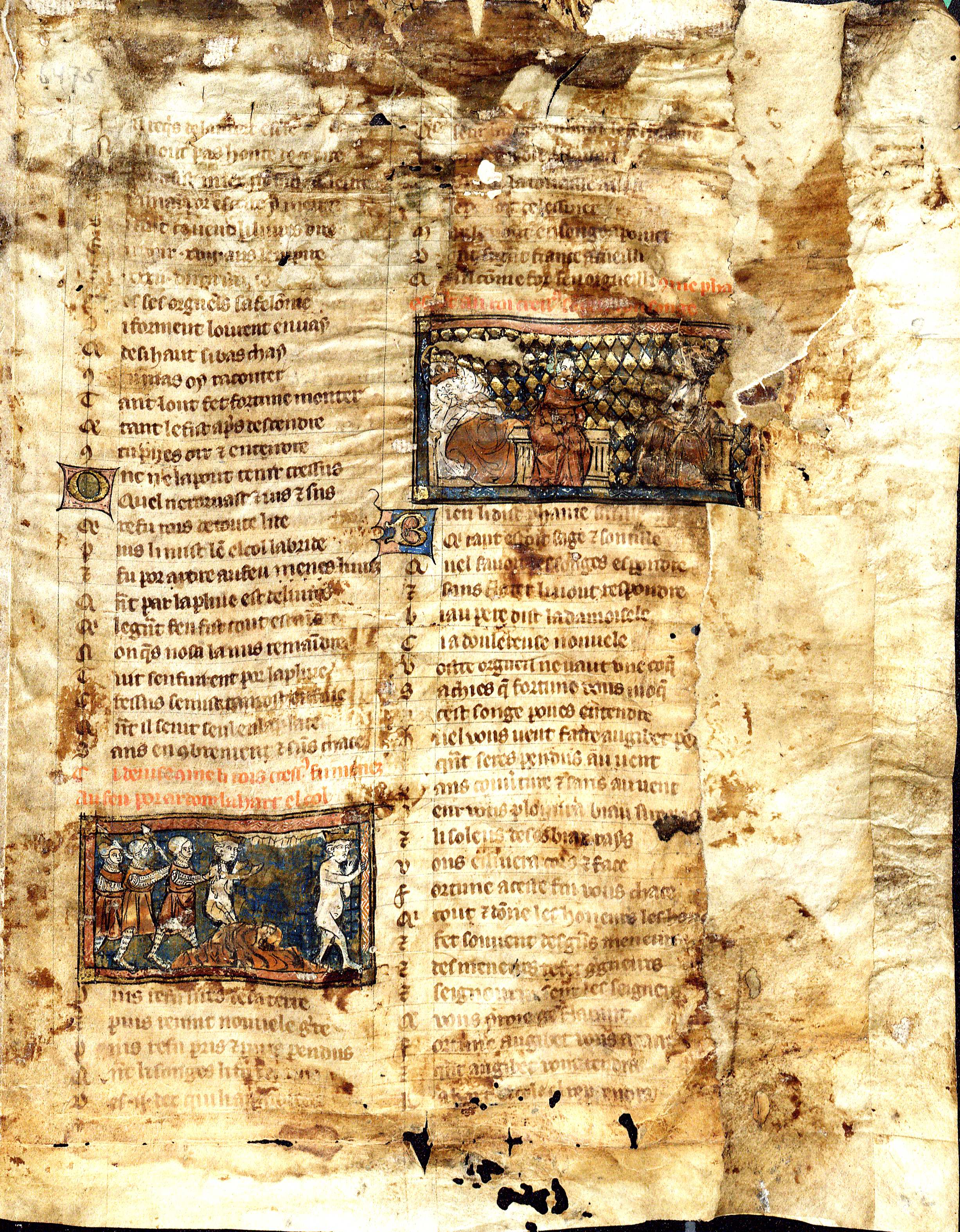 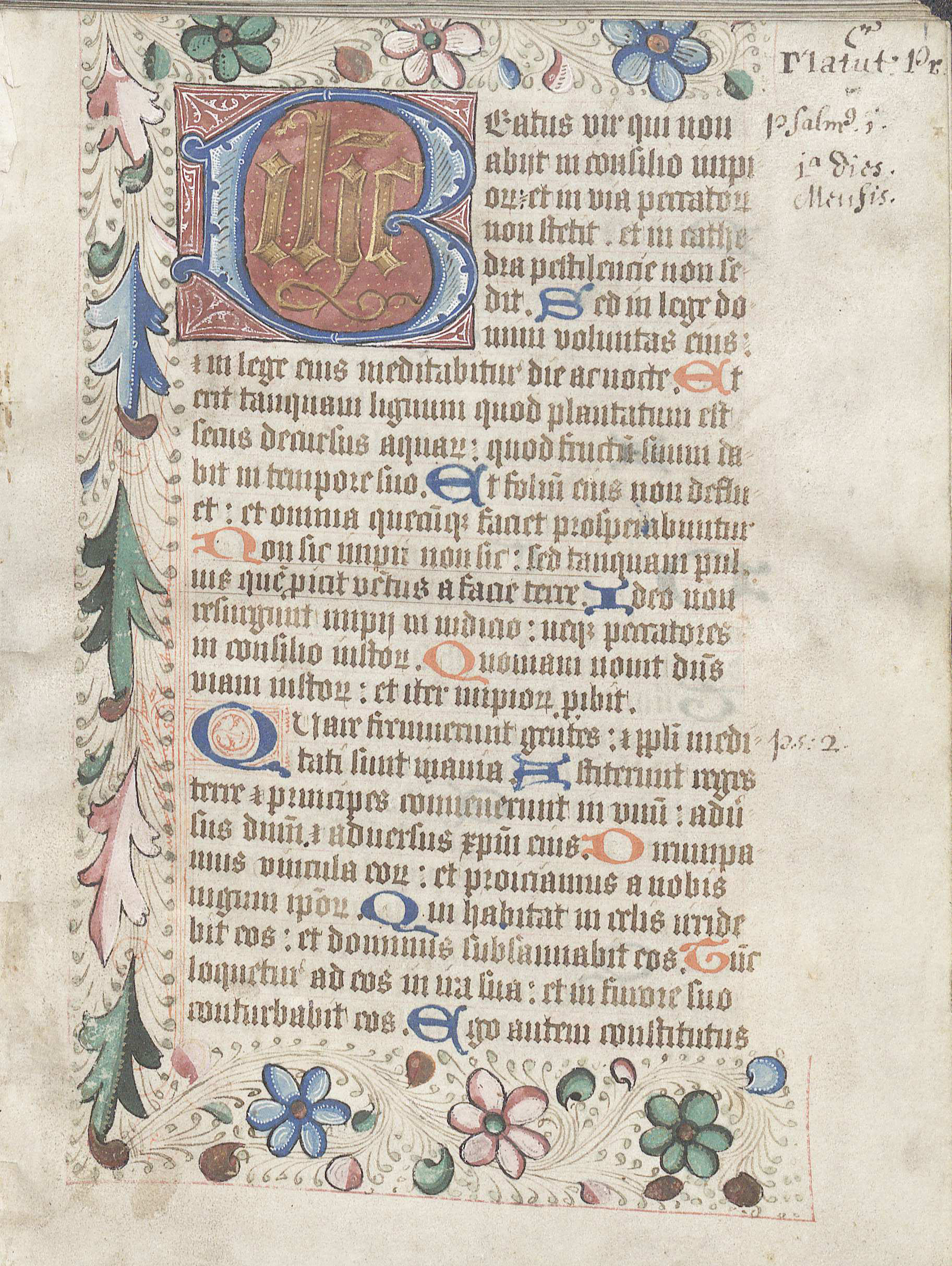 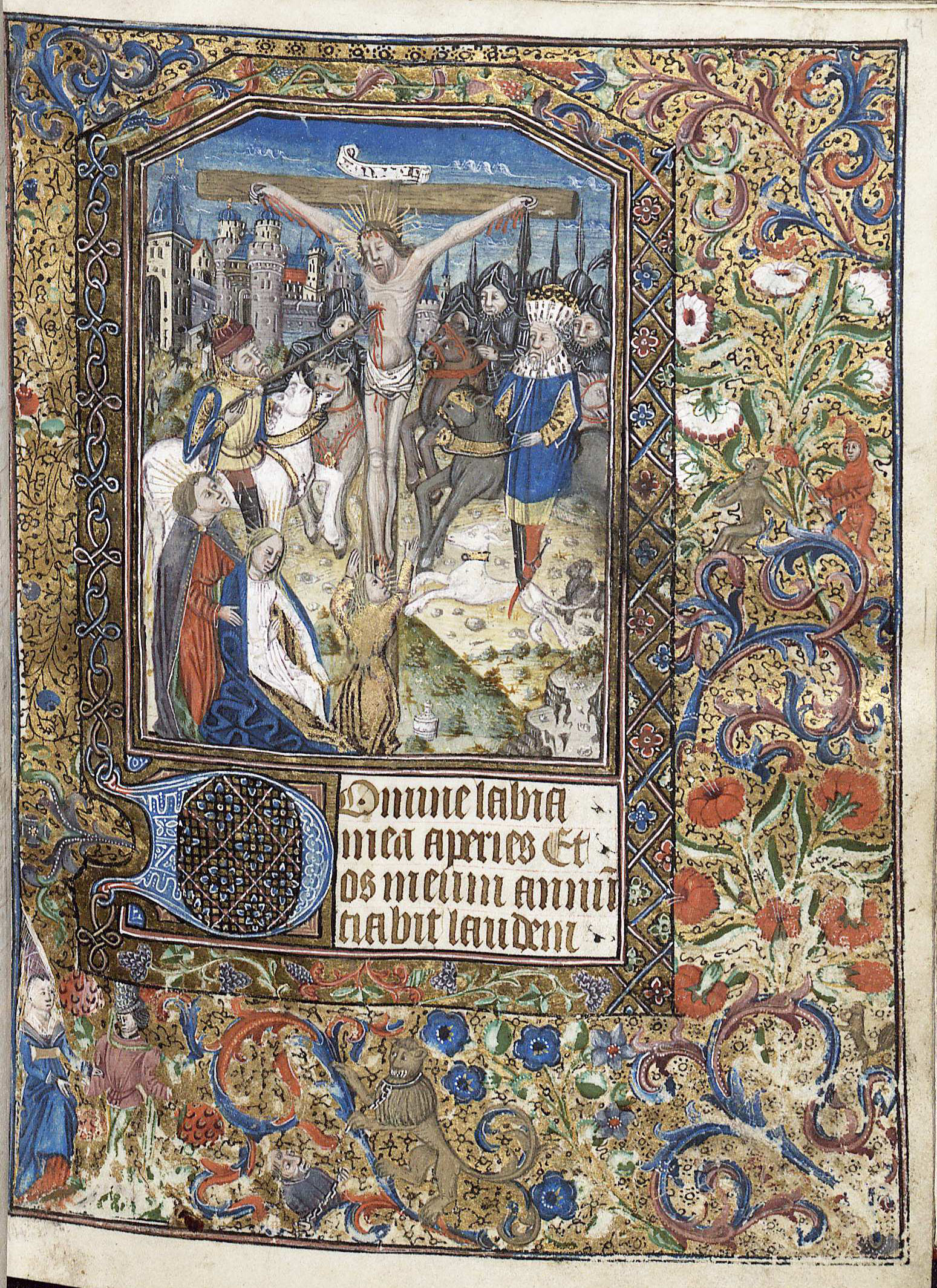 Special Collections holds a number of rare and unique materials relating to the life and career of Meriwether Lewis, but none quite like this document of his Masonic membership. A native of Albemarle County, Lewis (1774-1909) joined the Door to Virtue Lodge 44 in 1797. The document shown here documents his attaining the elevated status of Royal Arch Superexcellent Mason two years later in nearby Staunton. Lewis remained involved in the Masons throughout his life, and led the successful effort to establish a Masonic Lodge in St. Louis, Missouri in 1808.

More about Lewis’s involvement in Freemasonry, and wonderful images of one of his Masonic aprons, may be seen at the “Discovering Lewis & Clark” website, under the heading “Meriwether Lewis, Master Mason.” 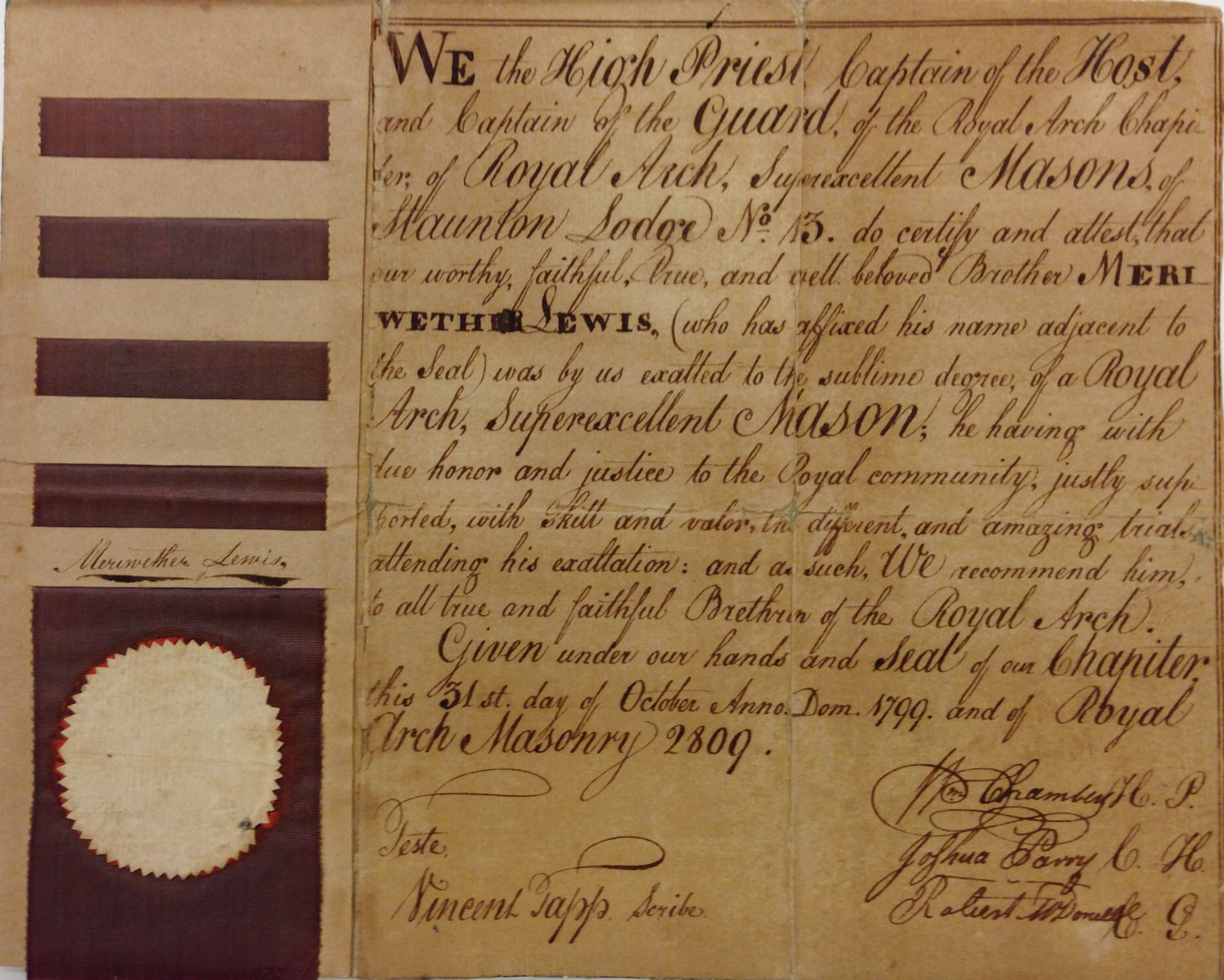 Meriwether Lewis’s certificate for attaining the status of Royal Arch Superexcellent Mason, Staunton [Virginia] Lodge 13, October  31, 1799.  The certificate shows Lewis’s signature on the left. A deep red ribbon is woven through the paper, and the entire document is backed with cloth.(MSS 3837. Photograph by Molly Schwartzburg)

See you next time with an installment of the letter “N.”  For now, bye-bye!